Ubisoft is releasing its latest iteration of the Trials series with Trials Rising on February 26. This version will be available on PlayStation 4, Xbox One, PC and Nintendo Switch. The series started nearly twenty years ago and has blossomed into a unique 2.5D platforming title that revolves around a physics engine that focuses on balance and momentum. The results can range from mind blowing to utterly hilarious failures. There really isn’t another series out there quite like Trials. We were recently invited to a preview event for the game and had some time to sit down and discuss the finer details with Community Developer, John Lloyd.

We opened up our sit down by focusing on the legacy of the series. As mentioned before, the Trials series has been around nearly twenty years. It started as a web browser game and has accrued quite the following ever since. We asked Lloyd how the franchise has managed to keep its core gameplay yet evolved enough to remain successful. “Yeah, it’s coming up on 20 years since the original,” said Lloyd. “I think the key is that the core gameplay we tune it, but we don’t change it too much. We’ve constantly been tuning it, making the engine better, the physics better, the bike better, but the basics of the gameplay (gas, brake, lean) is always there.”

The last main Trials release was back in 2014 with Trials Fusion. Since then, there was a spin-off that took place in the Far Cry: Blood Dragon universe that featured a fun story. While Lloyd mentioned the tuning of the core gameplay, the focus is to return Trials Rising to its roots while incorporating new concepts. “There were a lot of things we were looking at. I think the primary focus is taking us back to the roots with the more grounded setting and real world locations with the world tour. However, we are continuing to push it forward with the gameplay and concepts like the tandem bike, contracts, single player career and the stadium finals. We really wanted to expand on the gameplay while giving you more of a classic Trials feel.” 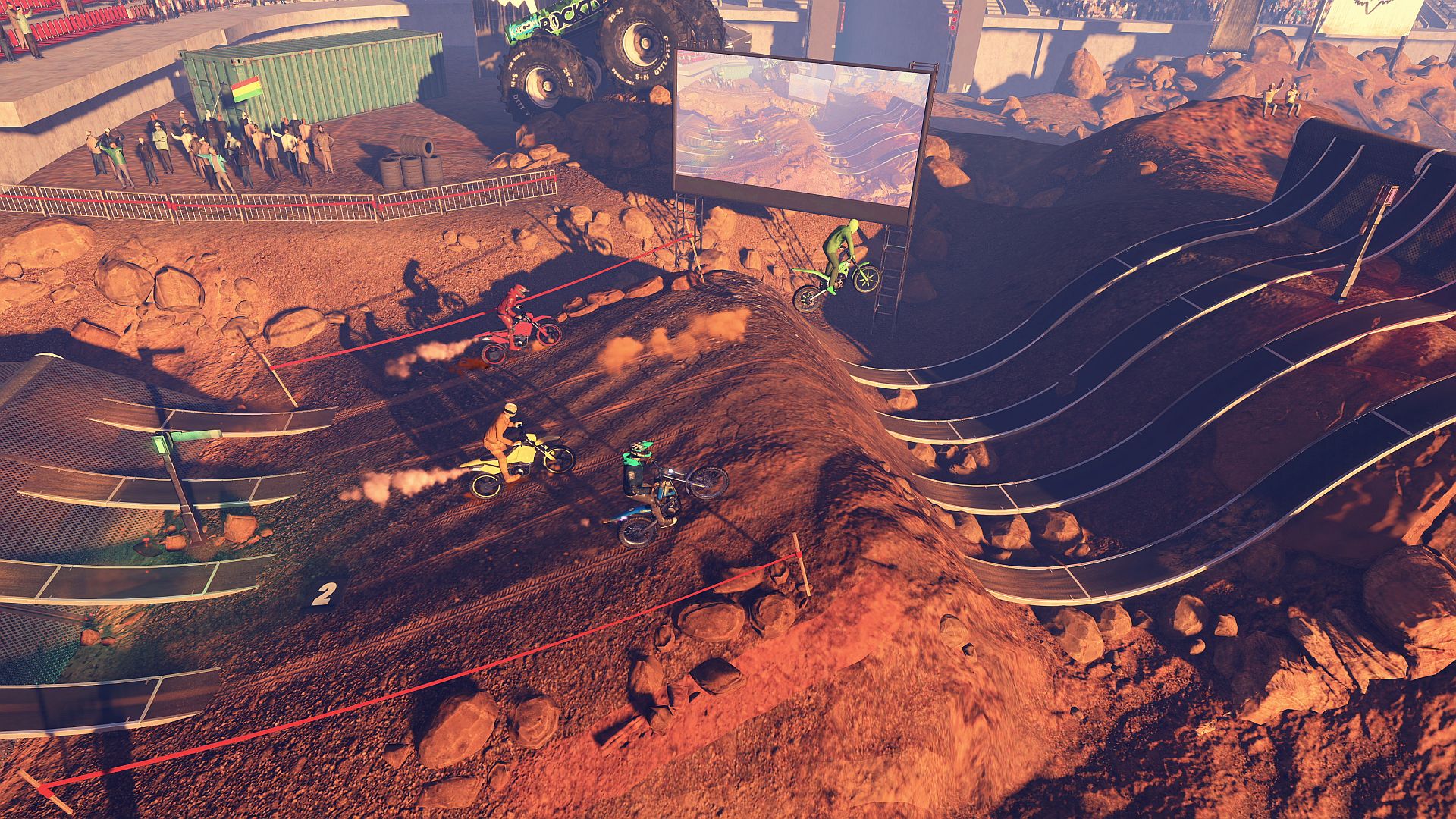 KTM is a bike manufacturer in the real world, but will be present in the game as a sponsor for customization purposes. Trials Rising will use a variety of different non-official bikes that will have their pros and cons. We asked Lloyd to break the differences down for us. “KTM is mostly just apparel. The bikes aren’t based off of a real world manufacturer but more just general types of motorcycles. The sponsorship deals are more about customization that you can put on your rider. There are benefits to each type of bike. We have three core bikes. There is the beginner bike that isn’t super agile, it’s kind of heavy and not super fast, but it’s really good to get the feel for the basic controls of the game. Then you have more of a motocross bike which is heavier but kind of fast. Then you have the trials bike where the top speed isn’t necessarily as fast, but it accelerates quickly and it’s super agile to do those more difficult obstacles. We also have three more bikes that will launch with the game. There is the tandem bike which consists of two people on one bike for local multiplayer. We also have the Donkey Bike, which is the mini bike, and it’s really fun. It’s very hard to control but very satisfying to pull of getting through obstacles. Finally, we have the BMX bike, which is a classic pedal bike.”

The tandem bike is a new and exciting cooperative experience being introduced into Trials Rising. Lloyd describes how this will work as you try to sabotage your friend and his craziest personal result in playing with it. “The way the tandem bike works is essentially each player is in charge of 50% of the bike and 50% of the rider. If both players are accelerating, it’s 100% acceleration whereas if one person is not, you’re getting half of that. Both players have to lean to manipulate how the bike will move on the ground and in the air. As far as crazy stuff goes, my personal favorite is that one person can bail out and the other person can keep riding. You get tons of crazy stuff such as a rag doll player getting tossed away, run over or maybe he’s just wiggling around on the front seat while the rear driver still rides.” 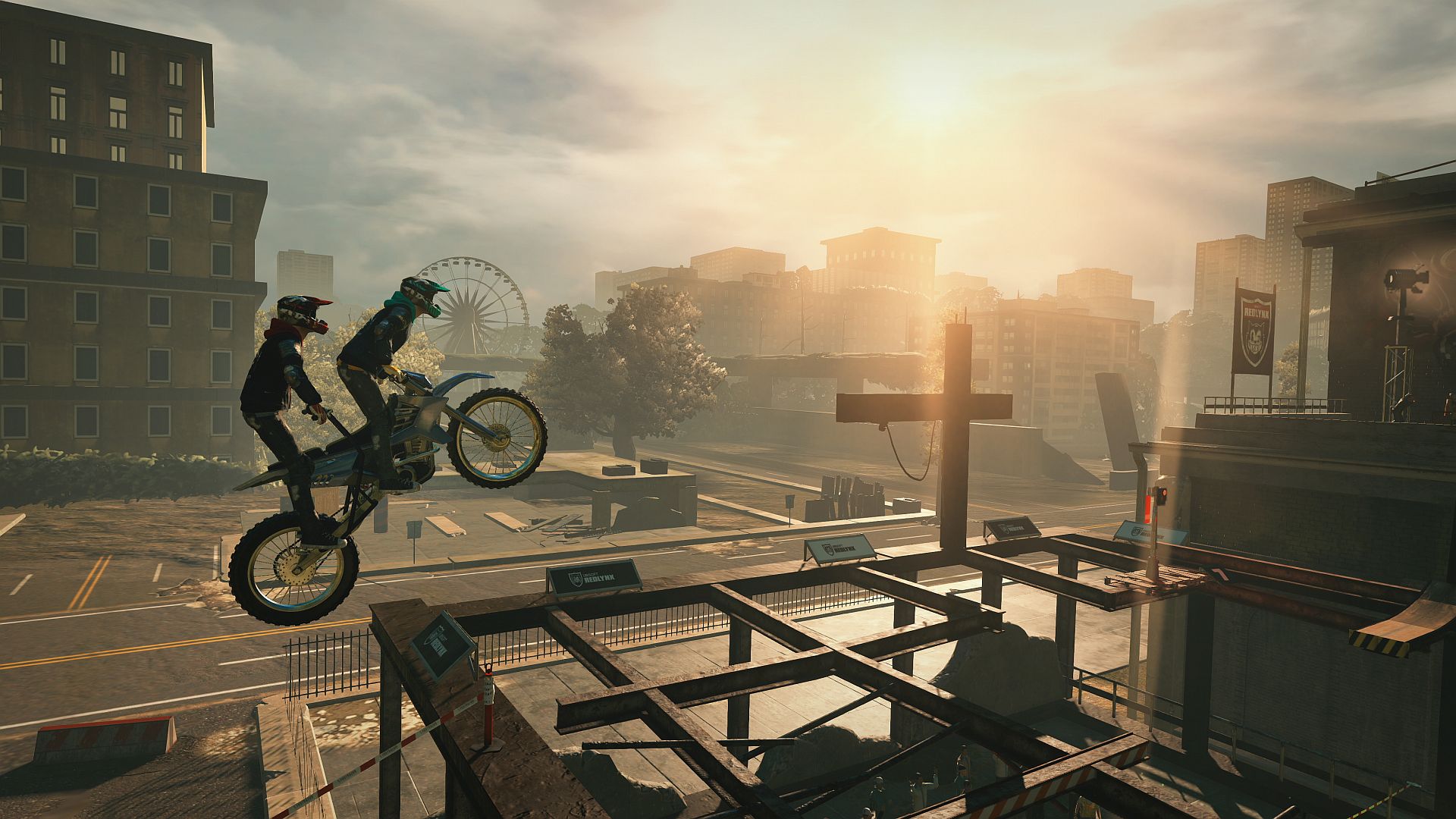 The game will not have a story mode as it will focus on something akin to a world tour for trials racing. There is a variety of level design and we asked Lloyd what the influence was for these environments. “When we were looking at what kind of levels we wanted to do for this game, we were focused on real world locations. Not necessarily specific locations, of course there are some such as the Eiffel Tower and the Pyramids we’ve seen already. But even on tracks with no recognizable landmark, we want them to look like real places in the world. So that’s what we were really looking at. There is also the competition element, so the career is based around you being in a worldwide trials competition and we wanted the tracks to look like they were tracks built for a trials competition. So you will see stuff like camera operators, crowds and the kind of stuff you would expect to outline a track in a natural environment.”

Once you complete the world tour or you’re just not satisfied with those maps and need a bigger challenge, the track editor returns to Trials Rising with a heap of content. Players can share their creations with the world as Lloyd dived in to what is new with this editor. “The big thing with the track editor this time is probably the number of objects that we have. The track editor has been around for a few games now, but this is by far the most objects we’ve had in a game. Because of all the new objects we’ve created for Trials Rising, we’ve also included all the objects from previous Trials games going all the way back to Trials HD. So by far more objects that we’ve ever had before and tons of themes and object types, really enough types that players can build whatever they imagine. And for people that are big fans of our editor, one of the really big features is probably not going to be super sexy to everybody, but we’ve added the ability to scale objects. We’ve never had before and I know there will be builders in our community that will love that. You can share whatever you make in Track Central. You can check out creations from other players. We’ve got very talented and creative people in our community.” 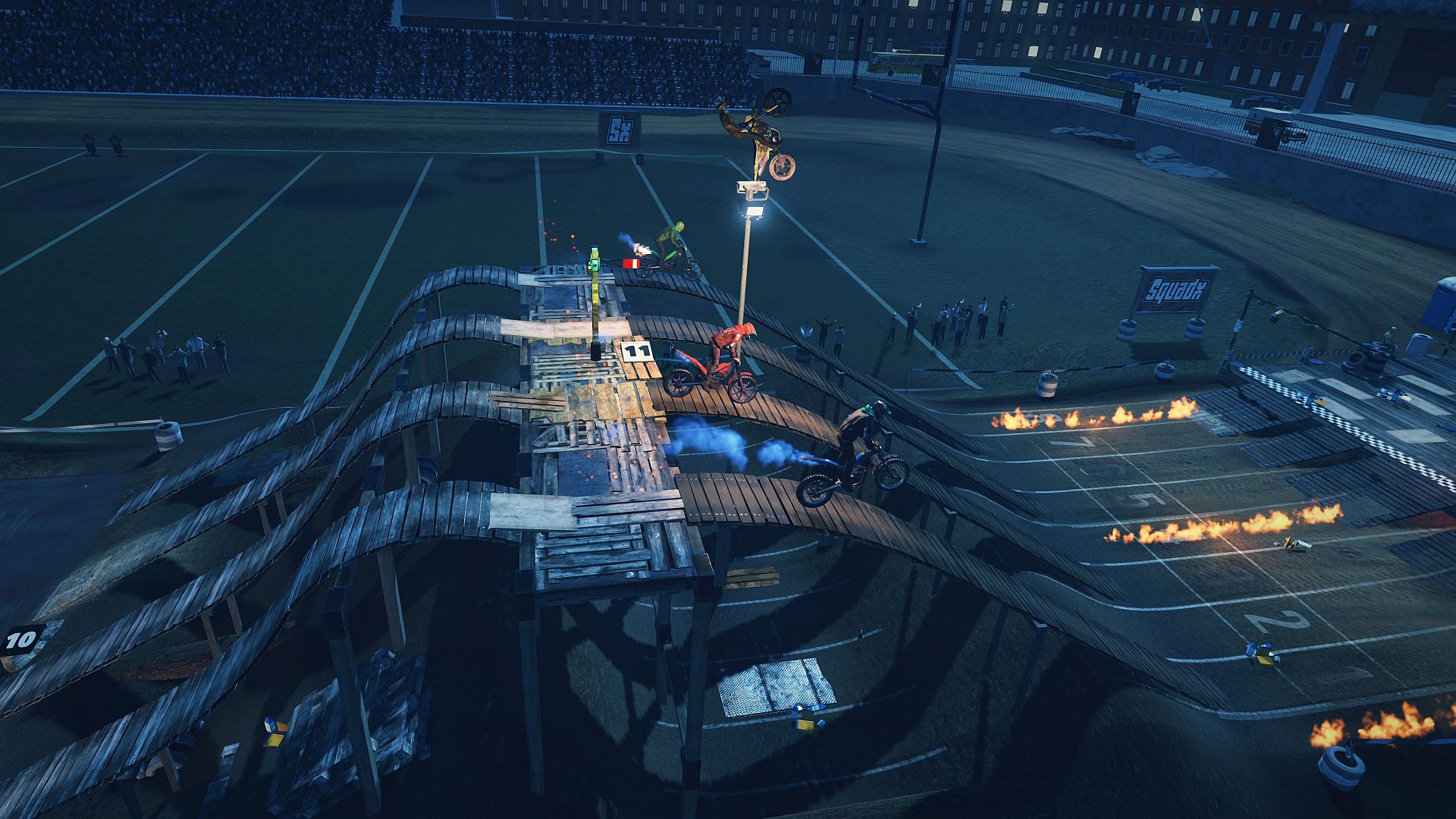 Trials Rising will also be available on the Nintendo Switch, and there is always the question on if there will be a difference between this version and the others. Lloyd mentioned when asked that outside of visuals, the game will be the same. “Feature parody is super important for us. For the most part, all the features will be the same. We do need to focus on performance, so there will be some graphical optimization on the Switch version. Otherwise, it’s the same game on all platforms. Track creation will be cross-platform, so downloading and creation can be shared between versions.”

Our personal experience with the game netted some highlight reel material, most were bad rather than good. It got us wondering if the team plans on doing a weekly fail compilation or highlight reel online for people to see. Turns out, they already have something. “We do a weekly livestream and one segment of our weekly livestream is to show community videos. There tends to be people being really good at the game, but every once in a while we like to show some fails because there can be some pretty serious epic fails.”