Ubisoft dropped a surprise on us not too long ago about a direct sequel to Far Cry 5 releasing this February, less than a year after its predecessor came out. Far Cry New Dawn returns the player to Hope County seventeen years after the events at the ending of Far Cry 5. A lot has changed in that time and a new threat exists but some of the characters we’ve previously met will be there to welcome us back. Before reading too much ahead be advised that there are major Far Cry 5 spoilers, and you may wish to finish that game before learning too much about Far Cry New Dawn.

Joseph Seed wanted what many people want, a world united in a community without sin. His method for bringing this about, however, could be called the Alderaan approach as it included the use of nuclear bombs, which is like taking a million steps backward to move one step forward. Hope County was a desolate wasteland for several years while the survivors hid in their bunkers until it was safe to emerge and start rebuilding society. Recovering from a nuclear attack isn’t something that can be done over the course of a busy weekend, but seventeen years after the fact, Hope County once again resembles civilization. Ruins of buildings serve as memorials to life in Hope County before the cult took over and the lush scenery shows a world where nature has yet to be conquered by the development of civilization. Wildlife is abundant, though many animals look a bit different than they used to thanks to the excessive exposure to radiation.

Of course, if things were going well this wouldn’t be Far Cry. Eden’s Gate has evolved into New Eden, which is a much less malevolent presence than they previously were. Joseph Seed is now more concerned with rebuilding society without the sinful trapping we all know and love and less concerned with racking up a higher cult-related body count than Jim Jones. The new threat is a pair of super villains, the diabolical duo of Mickey and Lou, sisters who lead the marauding gang known as the Highwaymen. These modern day pirates are only concerned about themselves and living for the moment, traveling the country scavenging and pillaging whatever they can find for their own benefit and not too concerned about who’s neck they have to step on to get it. 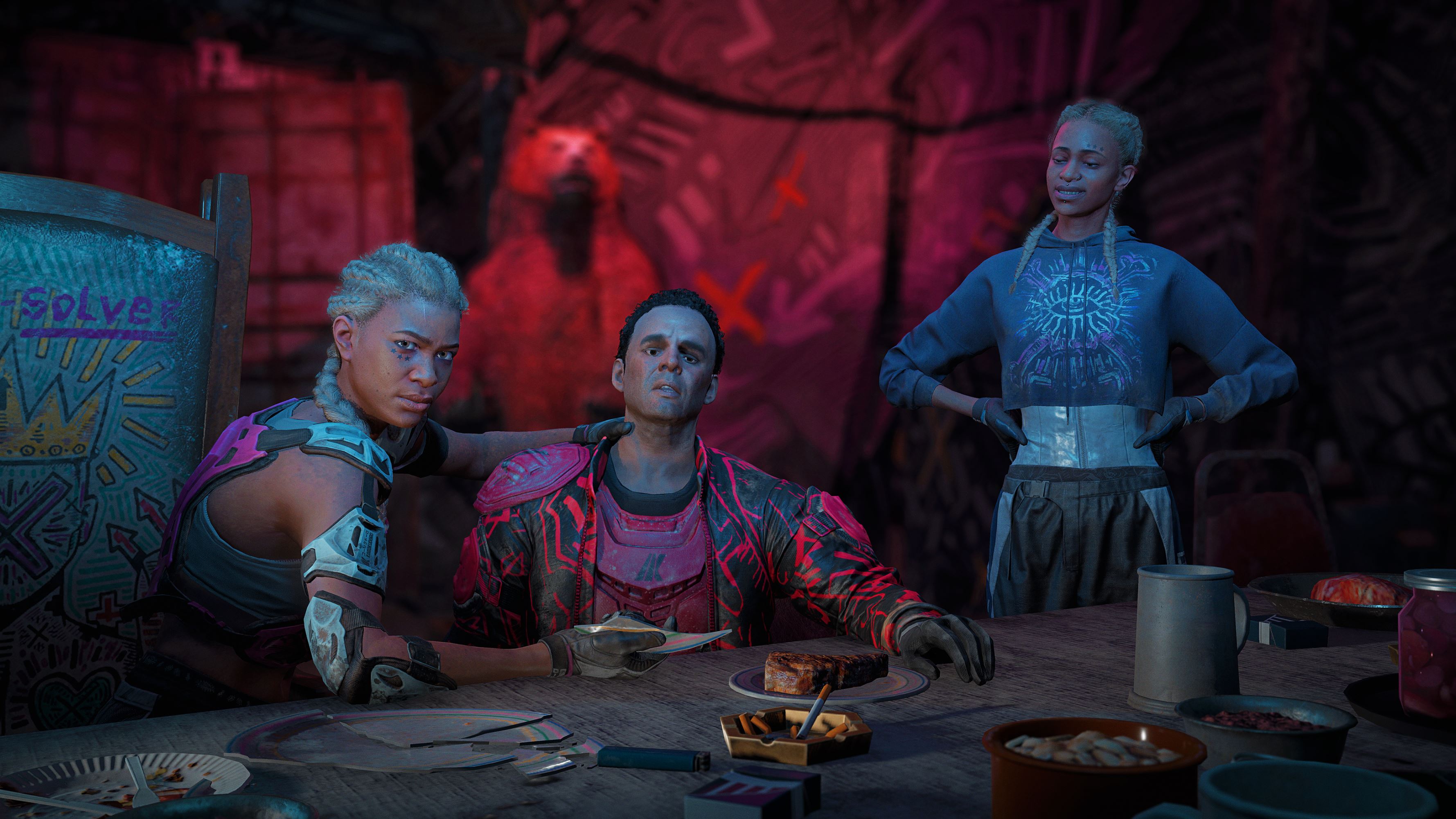 Intrigued by the overall premise of Far Cry New Dawn, we were pleased to spend a few hours playing the game. If you’ve played any of the recent Far Cry games, Far Cry New Dawn will feel like familiar territory and not just because it’s revisiting Hope County. The player is free to explore the map however they choose, gathering resources, helping NPCs and being assaulted at every turn than the unusually vicious Ubisoft wildlife. During our short time with the game we tried to get a sample of what Hope County has to offer this time around. The first main story mission we took on was rescuing Thomas Rush from the Highwaymen, who was the lone survivor of a train hijacking who was going to help restore Hope County to its former glory.

Rescuing Thomas was something that we felt we should rush to get done but the developers wasted no time in their smear campaign to make the player hate the Highwaymen. An NPC informed me that the Highwaymen were capturing dogs and eating them, so we had to get in touch with our inner John Wick and go on a dog rescuing rampage. Doing this netted us the reward of the canine Fang For Hire Timber, who much like Boomer is a good dog and will fight alongside the player and even revive them should they fall in battle or off a cliff. Now that the dogs were taken care of, the matter of rescuing Rush was back to being the priority which was a mission that involved infiltrating one of the Highwaymen’s bunkers using a combination of stealth tactics and pray and spray gunplay. This mission concluded with a high-speed vehicle chase back to civilization, which all in all proved to be a fun caper to get the game going. 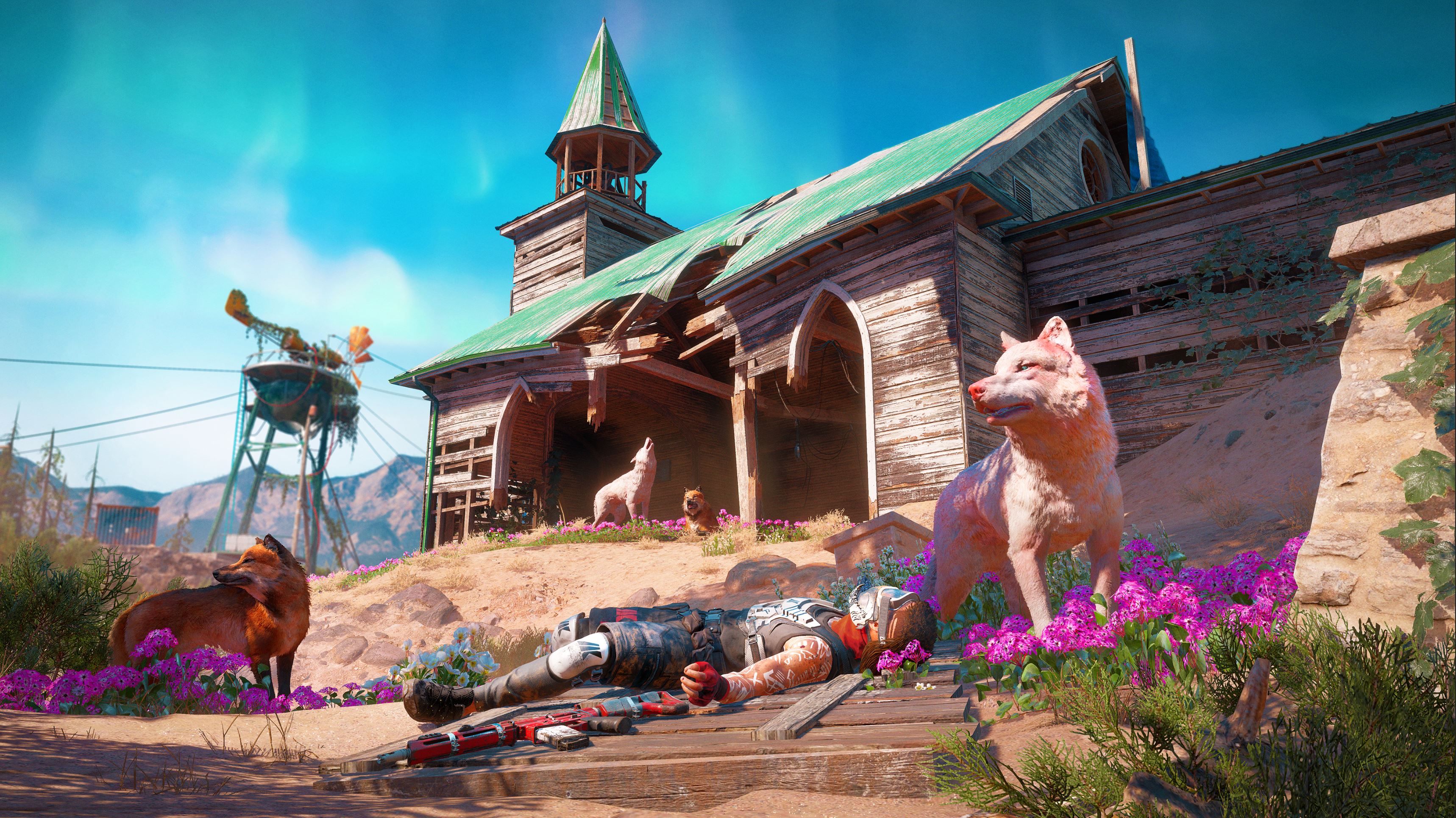 Curious about what happened to Eden’s Gate, I traveled to where I believed the cult was hiding and stumbled into an island that clearly had Bliss in the air. The bad stuff that messes with your mind from Far Cry 5, not the happy feeling. Joseph Seed appeared in the ruins of a cult outpost or at least a hazy purple hallucination of him. He babbled on with his cult leader rhetoric and guided us through a series of puzzles that eventually led to a cult bunker. Completing this quest revealed the current location where New Eden has set camp but the time for multiplayer put my cult hunting on hold.

Online co-op was an enjoyable feature in Far Cry 5 and from what we played in the session indicates that will be the case with New Dawn. The first thing we tackled together was taking over a cult outpost, which can be fun on single player but this is so much more enjoyable in co-op. Having a set strategy for taking over the outpost only remained intact for a few seconds before reinforcements were called and things were blowing up everywhere but using teamwork amidst the carnage was co-op gaming at its finest. After we conquered the outpost we continued in our travels and came across this character named Nana, who is an elderly weapon with a penchant for shooting and has some entertaining dialogue that can give Betty White a run for her money. She uttered one of the greatest lines in any video game by saying she has the body of a thirty year old with a face like a scrotum that was left out to dry in the sun. My partner and I were rolling with laughter at this before we engaged in her shooting challenge, which was much easier thanks to both of us working together. 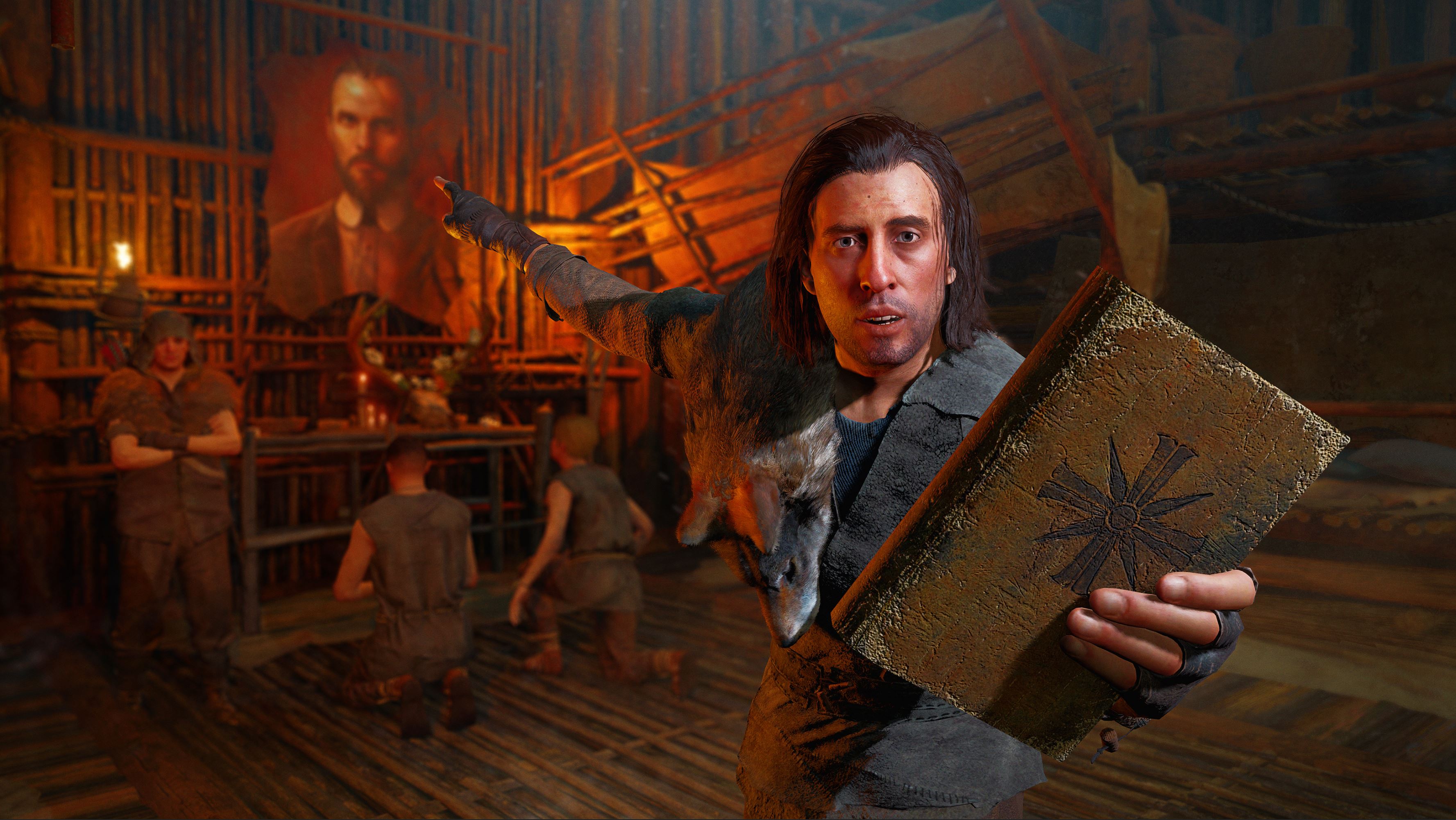 Far Cry New Dawn was a title I originally viewed with ambivalence, much like Final Fantasy X-2 when it was originally released. Having spent some time with it changed the ambivalence to optimism. Hope County and its cult infestation problem was one of the more compelling aspects of Far Cry 5 so it’s nice to return to it, albeit in a transformed state with an equally bad Highwaymen infestation problem. Seeing how the returning characters have changed with the world will be interesting and adding a pair of intriguing villains is a nice change on the traditional Far Cry formula. Far Cry New Dawn will be available February 15 for PC, PlayStation 4 and Xbox One.