It’s been three years since the launch of Tom Clancy’s The Division and the game has undergone quite a transformation in that time. At the moment, it’s barely recognizable as the content-bare game it was in early 2016. Even so, The Division 2 still has a lot to prove if it wants to win the attention of new fans and those who left the game shortly after launch. Our hands-on time with The Division 2 answered many questions as to what players can expect when the game launches on March 15, but it didn’t tell us everything. Luckily, The Division 2’s creative director, Julian Gerighty was available to address some lingering concerns.

Since we’d spent a fair amount of time seeing what The Division 2’s version of Washington D.C. had to offer, our conversation with Gerighty began there. There’s noticeably more to the open world this time around, but it wasn’t clear what kind of impact, if any, our agent’s actions were having upon it. When this was posed to Gerighty, he explained that players can expect to see appreciable changes in Washington D.C. as a result of their actions. Completing missions for the various settlements will increase their capabilities and in turn affect the resources available to the player. Players can see the results reflected visibly in the world too. Gerighty illustrated this by describing a hypothetical quest to recover a water purification kit for one of the settlements. It sounded like a rather simple quest, but apparently we’ll be able to see that kit back at the settlement after we grab it for them. 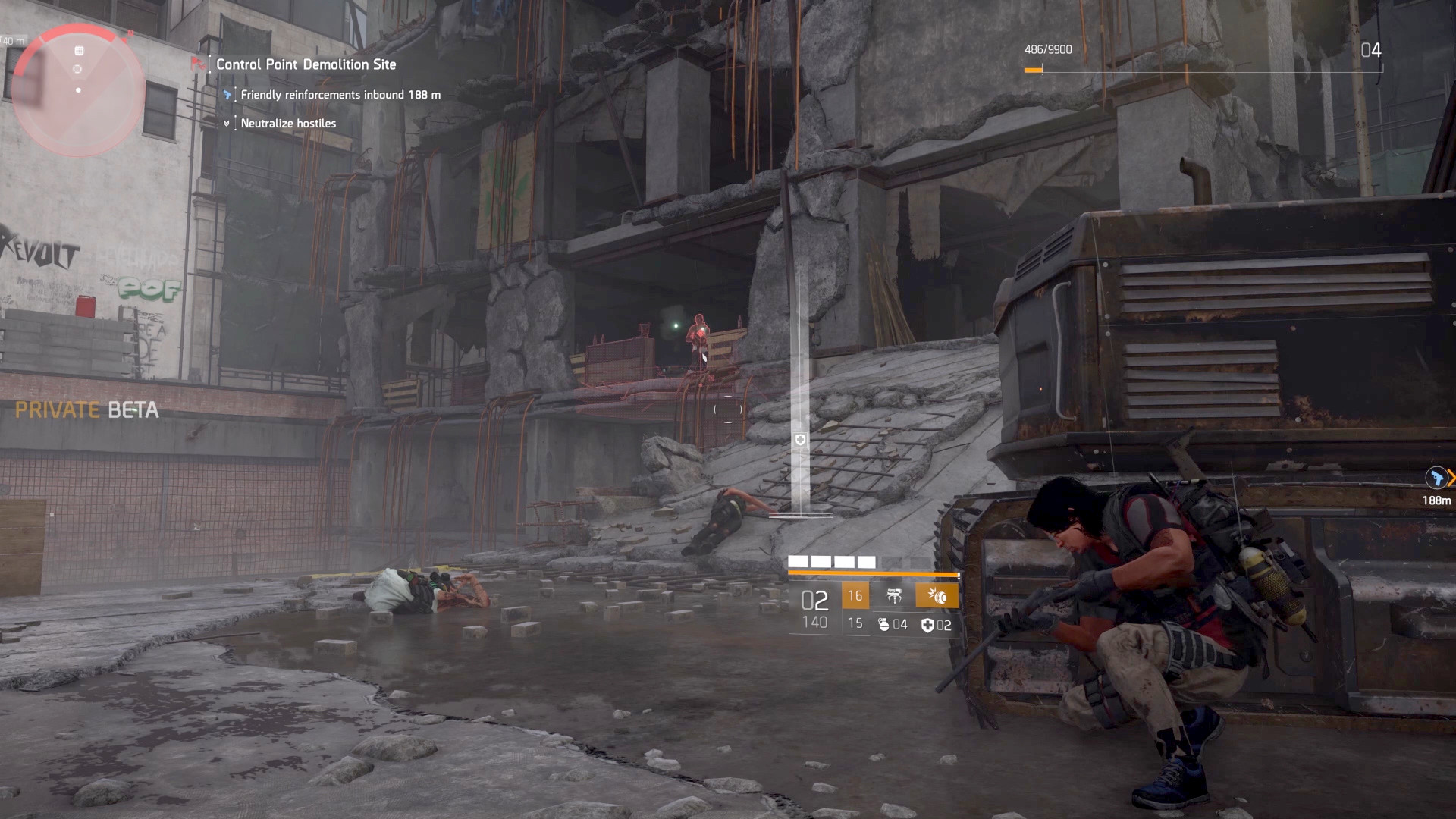 Additionally, Gerighty explained how taking and holding strategic positions known as “control points” will affect the overall situation in Washington D.C. He said that in addition to reducing enemy activity in an area, holding control points can also funnel valuable supplies to the nearby settlements. These make their situation easier and allow players to recruit people from them for their HQ in the White House. Once there, these characters can provide players with additional quests and resources. Control points, however, really do need to be held after the player takes them, as it’s very possible for enemy factions to take them back. As for how much players will be able to do in the city besides main and side missions, Gerighty stressed that players will always have challenges to chase, enemy partrols/attacks to fend-off and “living world” activities to engage with as they make their way around Washington D.C.’s open world.

From there our talk turned to the Division 2’s end-game. We got a taste of it through playing a couple of missions featuring the game’s end-game faction “Black Tusk,” but the question of what exactly players will be spending their time doing was still very present. As most who’ve been following The Division 2 so far know, its premier end-game content is going to be raids. Gerighty stated that the game’s first raid will be coming soon after launch and players will want to be working towards getting their gear up to snuff before taking it on. Our immediate thought for raids were that they were just going to be harder missions filled with heartier enemies in greater numbers. It seems that’s not necessarily the case, though. 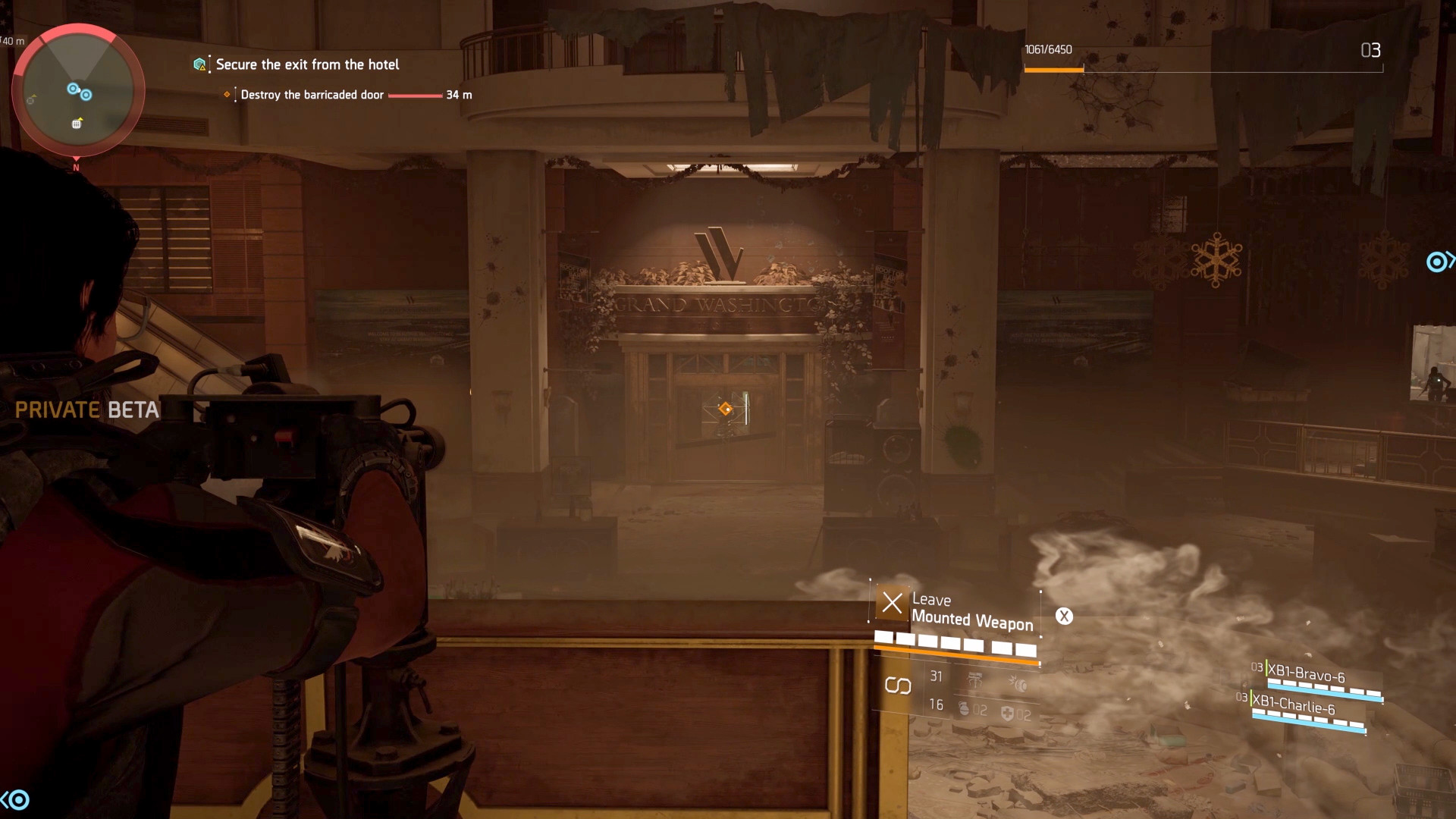 Gerighty said that they’re aiming for raids to derive their challenge more from enemy behavior, puzzle mechanics and coordination challenges than from simply having more enemies with more HP. Players will also want to have a solid understanding of what their character can do and how they can best synergize with their team. In order to do that, though, they’ll need to have a grasp of their agent’s “specialization,” which Gerighty says will have its own progression tree to advance along.

Not even the most skilled and specialized players can hope to survive long without proper gear, though. In most looter-shooters, the goal is simply to get bigger numbers and that was true to a point in the first Division game. The Division 2 appears to be following its predecessor’s lead in this regard, but once again there might be more here than meets the eye. According to Gerighty, there are a lot of modifiers available to lean agents further into a player’s desired build or role. Gear or weapon mods can also be used to this effect. Of course, that leaves the question of how to go about acquiring said gear. This is what players will be spending most of their time doing in the Division 2’s end-game and it sounds like there will be plenty to keep players going in-between raids. 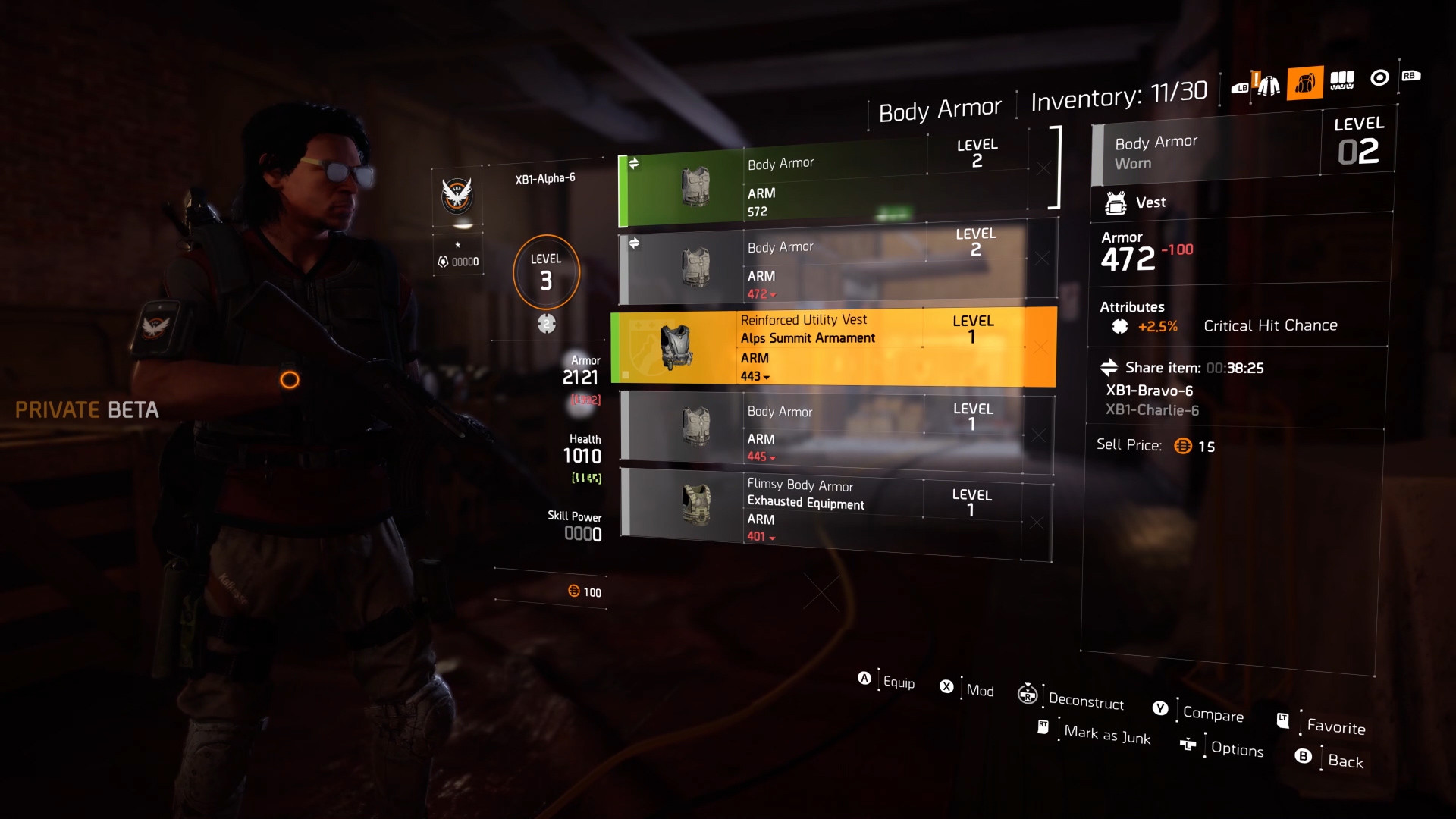 Gerighty explained how there were several different high-level activities for players to take on in their chase for better loot. They can clear out “strongholds” which were described as The Division 2’s toughest challenges found along the main quest line. There’s always the Dark Zones of course and the weekly “occupied Dark Zone” which will be the most dangerous and offer the choicest rewards. Gerighty also said players can expect to eventually see global events that will affect the whole of The Division 2. When asked what exactly these events can do, Gerighty said that missions or other activities might be remixed with new rule sets like taking less damage at long range, but significantly more at short range; the hope being that players will enjoy having to employ new tactics in otherwise familiar content.

Mr. Gerighty and the rest of the team didn’t have a ton of time to develop The Division 2 compared to those working on the likes of Anthem, but it looks and sounds like they have indeed taken every lesson learned with the original Division game to heart. They’ve crafted a great experience for the game’s short-term lifespan, and talking to Mr. Gerighty gives us confidence that both they and their game are prepared for the long haul too. Hopefully that confidence will prove justified in the months following release.

The Division 2 launches for PC, PlayStation 4 and Xbox One on March 15.