The anticipation for Left Alive has been turned up a notch after Square Enix today released an amazing timelapse video of Yoji Shinkawa drawing an original piece of art.

The famed 47-year-old Japanese artist, who is best known for his work on the Metal Gear Solid franchise, will be bringing his unique art direction to the upcoming shooter title.

In the video, which is posted below, Shinkawa can be seen in his element as he produces a fantastic one-of-a-kind piece of art based around the three main protagonists in the title.

The Kingdom Hearts III and Life Is Strange 2 publisher has revealed that one lucky person can win the hand-drawn artwork.

According to Square Enix, fans that have pre-ordered Left Alive on the Square Enix Store will have the opportunity to win Shinkawa’s piece.

To be eligible for the sweepstakes, pre-orders must be placed on or before March 4 and the prize only applies to the North American Square Enix Store.

Along with the piece of Shinkawa art, Square Enix has revealed that there is also a chance to win a 1TB PlayStation 4 console.

Following on from its initial reveal, the publisher and developer released a trailer and shared a few details on what to expect from the title.

Kingdom Hearts co-creator Shinji Hashimoto will serve as a producer on the project, with Armored Core’s Toshifumi Nabeshima to direct the title.

Left Alive is slated for release in Japan on February 28 for PS4 and PC, which will be followed up with a worldwide launch on March 5. 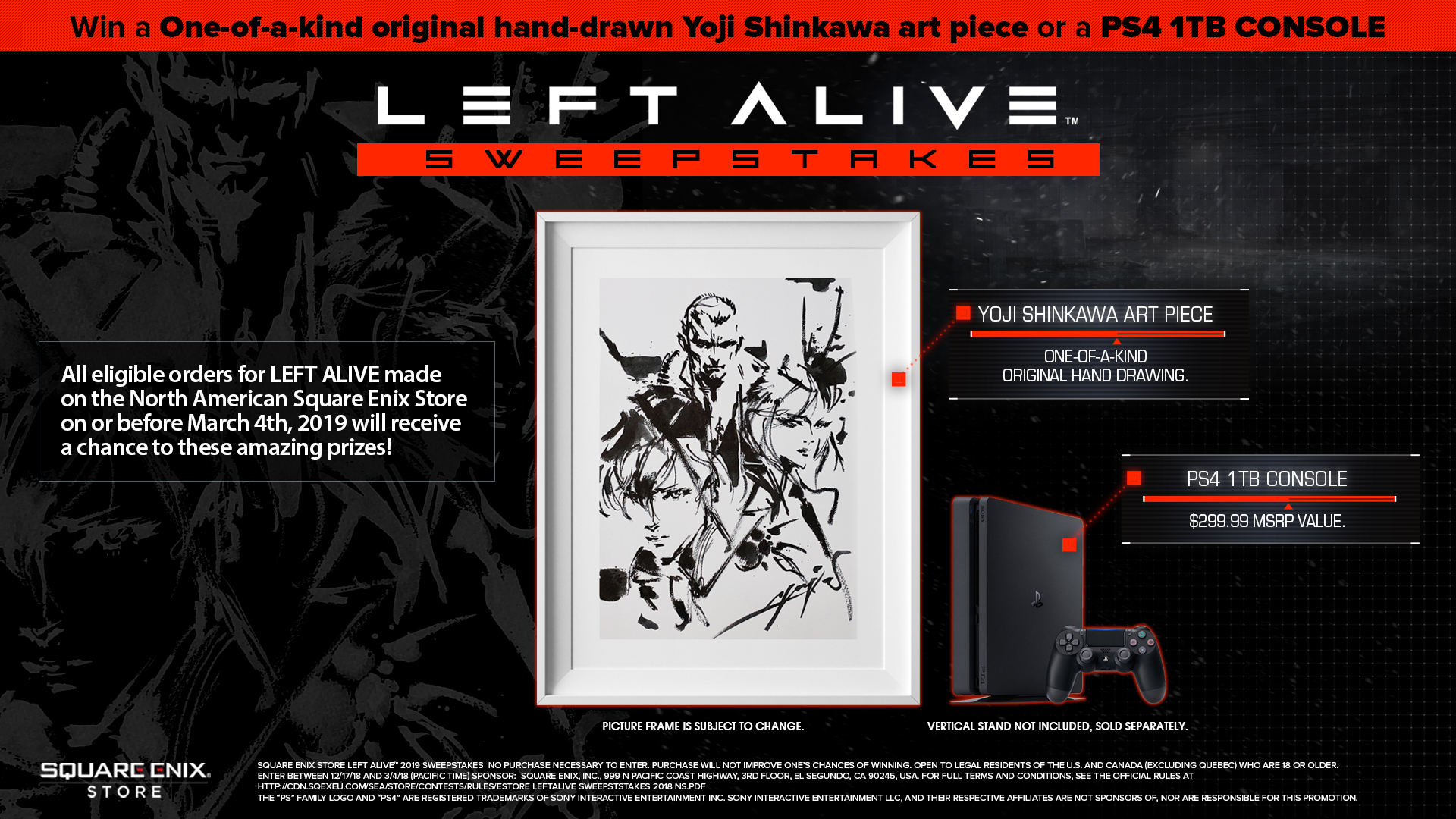