The Division 2 Private Beta concluded on February 11, but it won’t be the last chance fans and interested gamers have to try the game before it launches on March 15. Ubisoft announced today that Tom Clancy’s The Division 2 will have an open beta on the weekend of March 1. Players will have from that day through March 4 to pit themselves against an overgrown and overrun Washington D.C. and see if they have what it takes to make a difference. 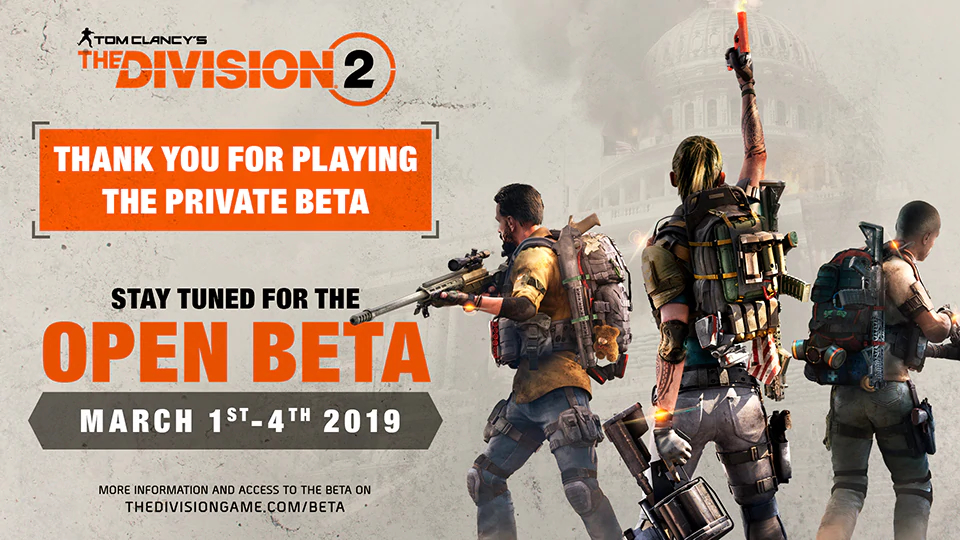 As the title implies, the beta will be open to everyone this time. No need to mess around with Uplay and its invitation system; just download the beta, grab some buddies and get started. Until Ubisoft says otherwise, it’s probably safe to assume that the open beta will have the same content as its private counterpart. That means that private beta players won’t necessarily be missing out on anything if they decide to skip this beta. For those that do decide to play though, we’ve put together a Division 2 Beta guide to help with some of the things the game glosses over. Good hunting out there, agents!

Tom Clancy’s The Division 2 launches for PC, PlayStation 4 and Xbox One on March 15.