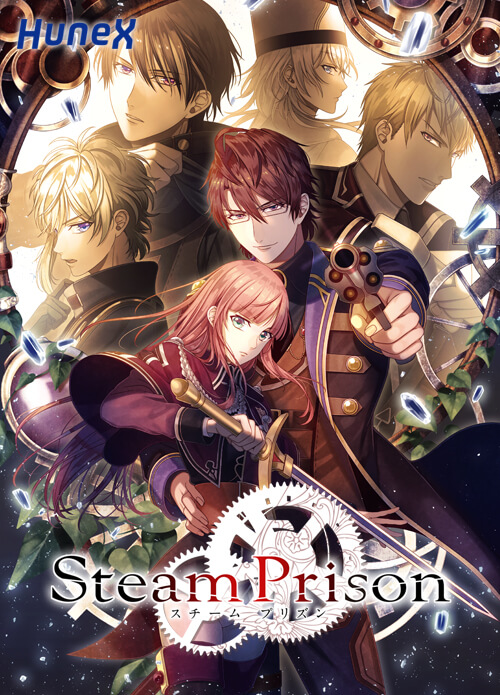 For the longest time, the otome genre was sparse in English-speaking regions. Fortunately that has completely changed with multiple companies localizing a wide array of titles. The latest tale is Steam Prison by HuneX and published by MangaGamer. HuneX in particular has a long history of releasing romantically-tinged visual novels in Japan. Steam Prison is a pretty recent release as well, all things considered. It first released in Japan in late 2016 as both an all-ages and 17+ release. We received the 17+ version specifically, though don’t expect to see anything particularly outrageous during a playthrough.

Steam Prison begins with introducing us to the protagonist Cyrus Tistella. Despite being from the well-off Tistella family, she has opted to work as a police officer in the Heights. The Heights are a ritzy realm with fancy homes and generally classy citizens. In this world, guns don’t even exist — the police wield swords instead. Of course, crime does occur sometimes. Criminals are simply sent to an underground prison in the Depths. To all Heights citizens, the Depths are a terrifying place that no one ever wants to go. They imagine the place to be nothing more than a massive prison teeming with vile criminals. That’s why Cyrus and her police partner Fin shudder when it’s revealed that their final task before graduation into full fledged officers is to visit the Depths.

All goes surprisingly well on this quick visit — until Cyrus returns home to her family. As is revealed in the opening moments of the game, her parents are both horribly murdered that night. With no one else to blame, and possibly because someone wanted to set her up, Cyrus is immediately targeted as the perpetrator and sent to live in the Depths. Thus begins her journey in a world new to both her and the player. The setting of Steam Prison immediately differentiates it from other otome titles. After tons of Edo era samurai romances, or super high fantasy tales, it’s neat to see something a bit different. Sure, it’s still fantastical, but in a way that feels more tinged in the historical with its focus on class inequality and racism between Heights and Depths citizens. 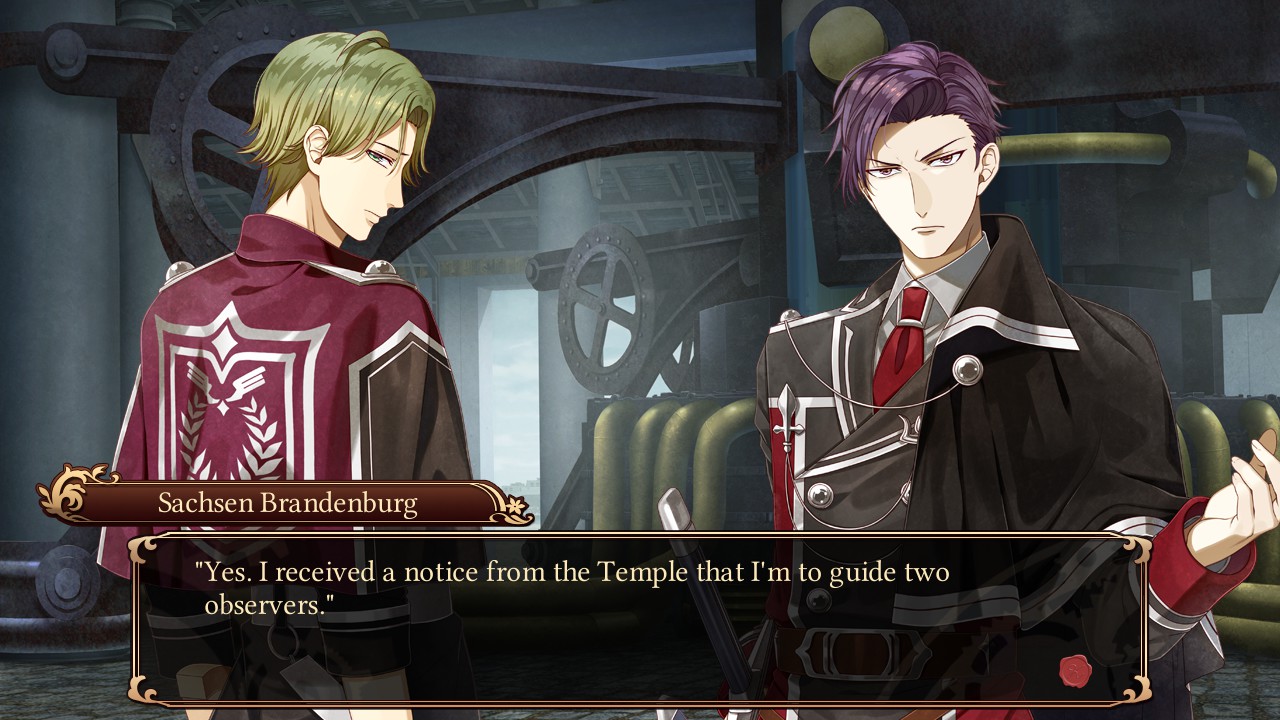 There’s gorgeous artwork to go with the unique locale of Steam Prison as well. It’s not just the drawing quality, but the way that everything was colored that makes it stand out. The CGs look great as well as they display key scenes in loving detail. The Japanese voice acting brings life to the cast as well, aside from Cyrus who remains unvoiced in the tradition of visual novel protagonists. Expect the game’s soundtrack to fit the tone, but it doesn’t exceed expectations such that it becomes a truly memorable score. The songs work best to tip off what kind of scene is playing out (battle, romantic, etc).

As lovely as the game looks and sounds, there are some low points to Steam Prison. Those are mainly the result of themes present in the game. There are bad endings in this game, as might be expected, but the lows they bring our protagonist to are quite unfortunate. Few want to spend five to ten hours in a game only to see their hero meet some terrible fate. As such, those sensitive to themes such as kidnapping or rape should seek out a game guide to avoid these endings if they still desire to play. Even without bad endings, however, there’s still a character named Eltcreed Valentine who is featured prominently in the common route and others. This dude is a bit charming at the start, but also much too touchy feely with Cyrus when she shows no interest in him. 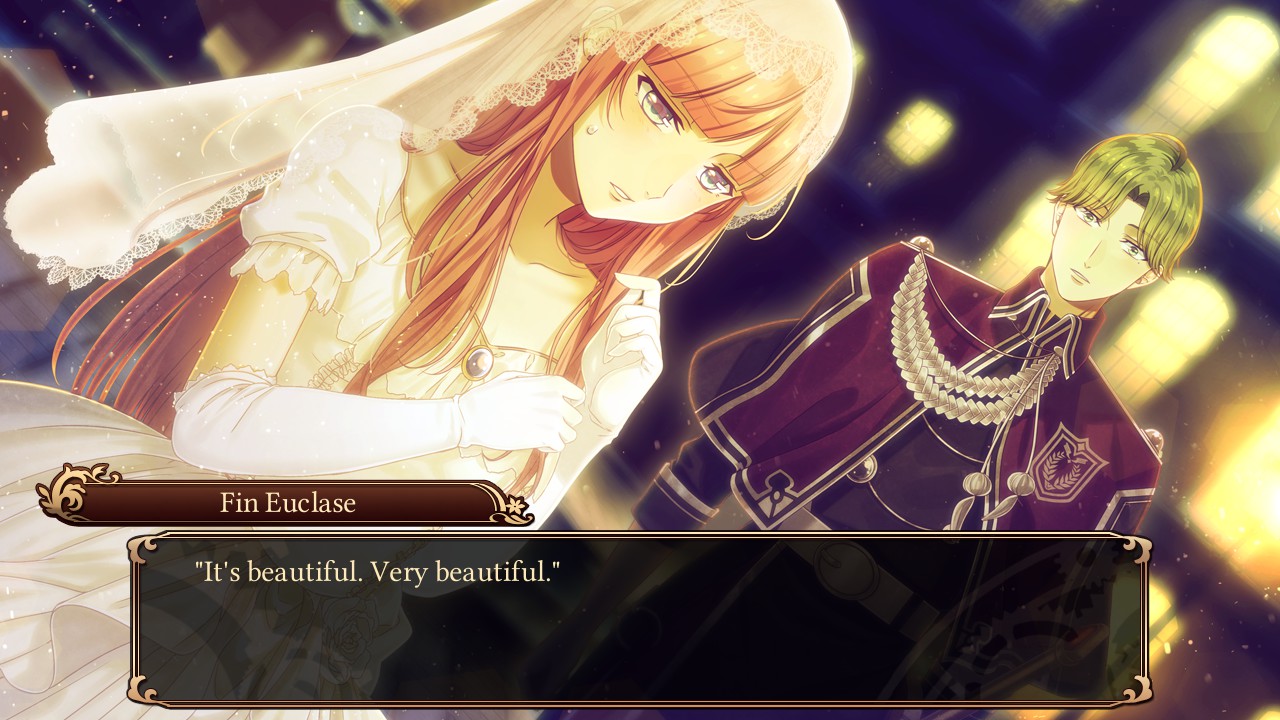 Steam Prison features a slightly complex structure when it comes to getting on four of the five different male routes. Fortunately, once you’re on a route, it’s pretty easy to get a good ending. By default, the game shows an affection meter popup whenever you make a dialog choice. To succeed with your specific beau, all you need to do is ensure each choice ranks up their affection meter. As such, it’s easy to save scum your way to a good ending. People who really adore the game will likely want to go forward with checking out the various other endings as well. There are multiple per character — not just a single good and bad one.

Working through toward completion is made a bit easier by read text and choices being set to a different color after you’ve seen them already. With that said, the routing to get onto a specific path sometimes proves difficult. Either way, expect an initial playthrough to take anywhere between seven to ten hours. After that, the experience could easily top twenty hours if you’re on the path toward total completion. Players can always check their completion status in the menu which shows how many endings they’ve unlocked thus far. 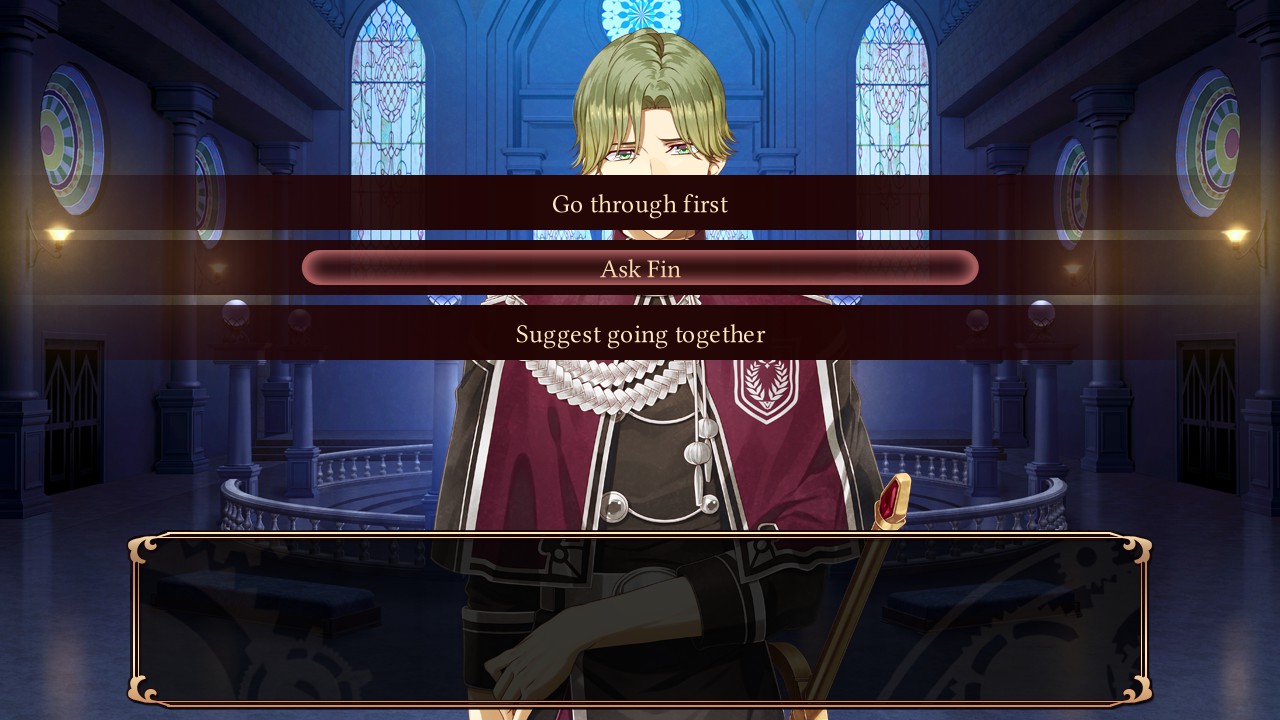 There’s a lot in Steam Prison’s favor from the onset. It features a gorgeous, lush design and intriguing setting. The murderous intro hooks readers in immediately. Of course, all the pursuable men (and even those that aren’t) look darn handsome. The darker content may leave a bitter taste in the mouth of players looking for pure romantic fun. With that said, the world of Steam Prison comes across as more realistic due to showing the best and worst in people. Players are in for a sweeping journey through the Depths if they’re ready to dive in.