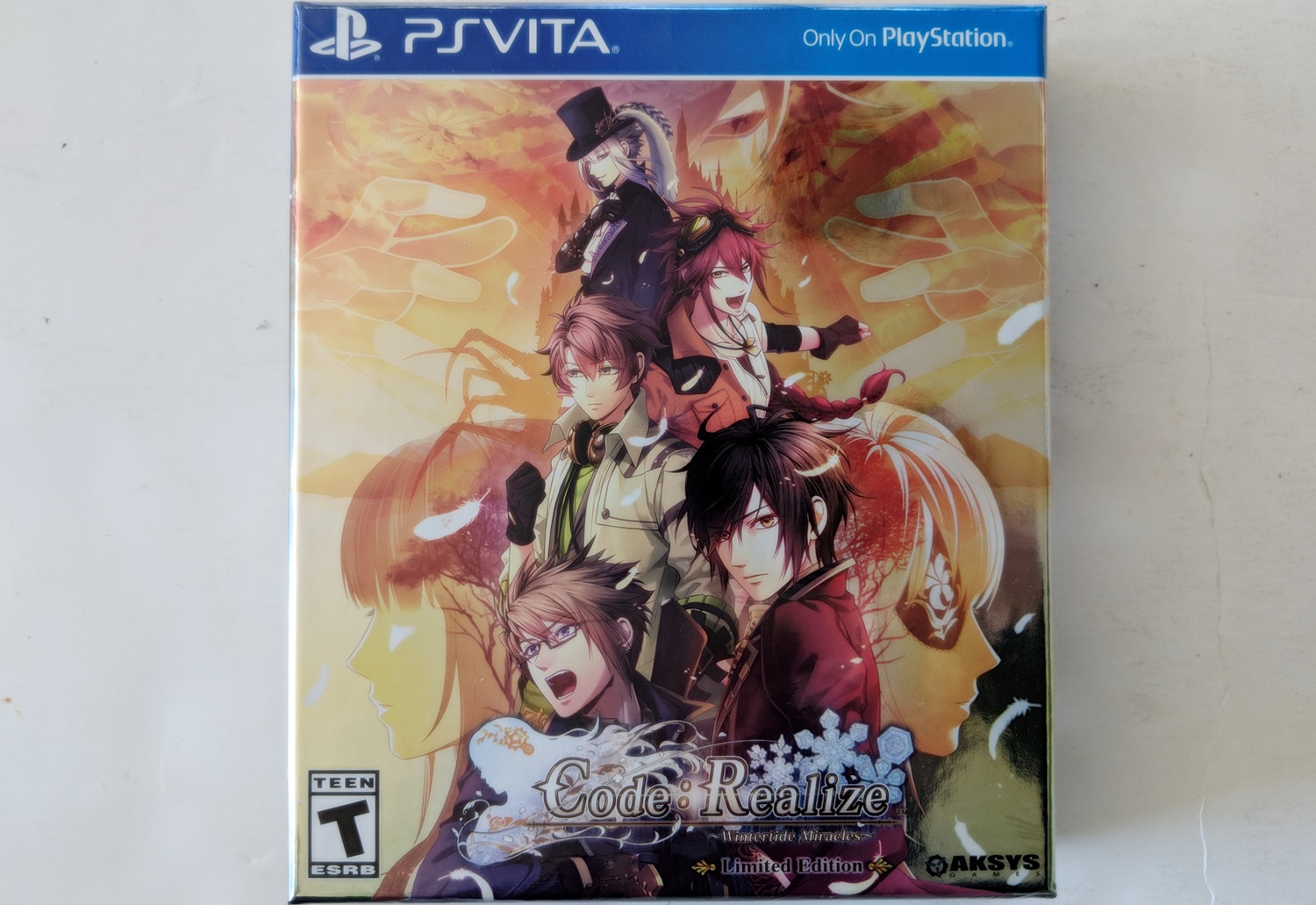 Aksys Games are known for releasing a variety of otome visual novels these days. Code: Realize – Guardians of Rebirth first made its English debut in 2015 and gained quite a following. That’s why it makes so much sense that they quickly followed up with a release of the fandisc, Code: Realize – Future Blessings. The Code: Realize train just keeps rolling along now that Code: Realize Wintertide Miracles is available in English for PS4 and PS Vita. The Vita’s life might soon be ending but otome fans are known for being huge proponents of the portable. As such, this may be one one of the last otome titles to receive a physical printing for the platform.

The Code: Realize Wintertide Miracles Limited Edition comes in two forms. There’s one available for PS4 for $79.99 and one on Vita for $69.99. Interestingly, there’s actually no difference between the content of these editions (aside from a copy of the game for each respective platform). The pricing difference mostly seems due to the fact that Vita games are a tad cheaper than their PS4 brethren. In any case, the contents included in both versions are fairly slim — but cute. The Limited Edition offers eight 4” x 6” cards featuring the main characters and six 3” acrylic figures. 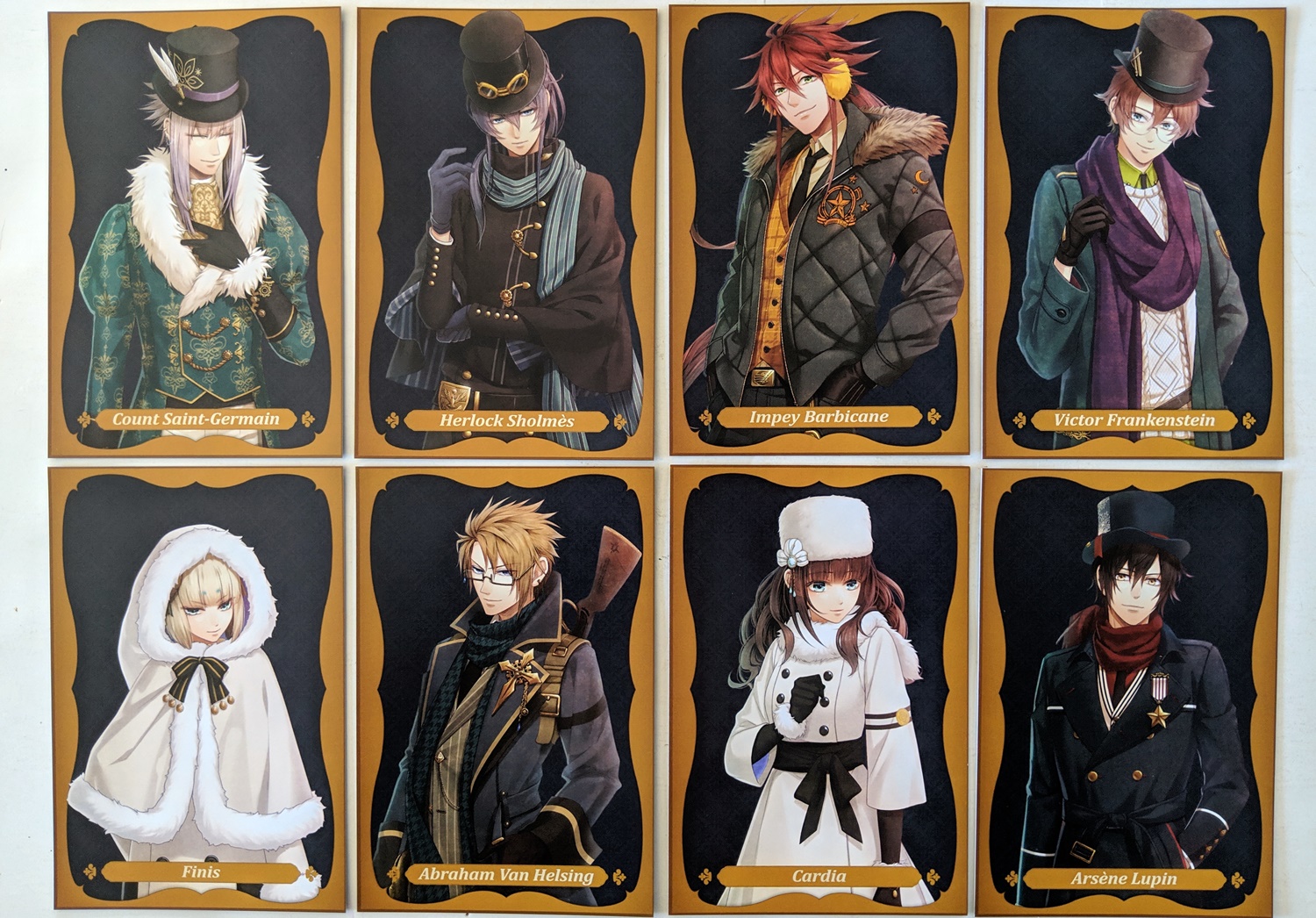 The oversized Limited Edition box also deserves some mention. It features a lovely shiny foil background that makes it seriously stand out against other editions. This was an unexpected design flourish because the online images of the Limited Edition do not feature the foil. It’s a simple box itself, which is just a lid that fits over the contents. Don’t expect any cardboard cutouts to keep the contents snugly in place. Instead, there was only a bit of packing paper folded to keep items from scratching each other up.

When it comes to the eight character art cards, they’re about what you would expect. They’re printed on a firm card stock and with skillful printing. Each character looks great on their card. On the back of each is a bunch of text that provides profile information for the specified character. It would have been awesome to see the cards feature embossing or some sort of other premium-style features if possible. 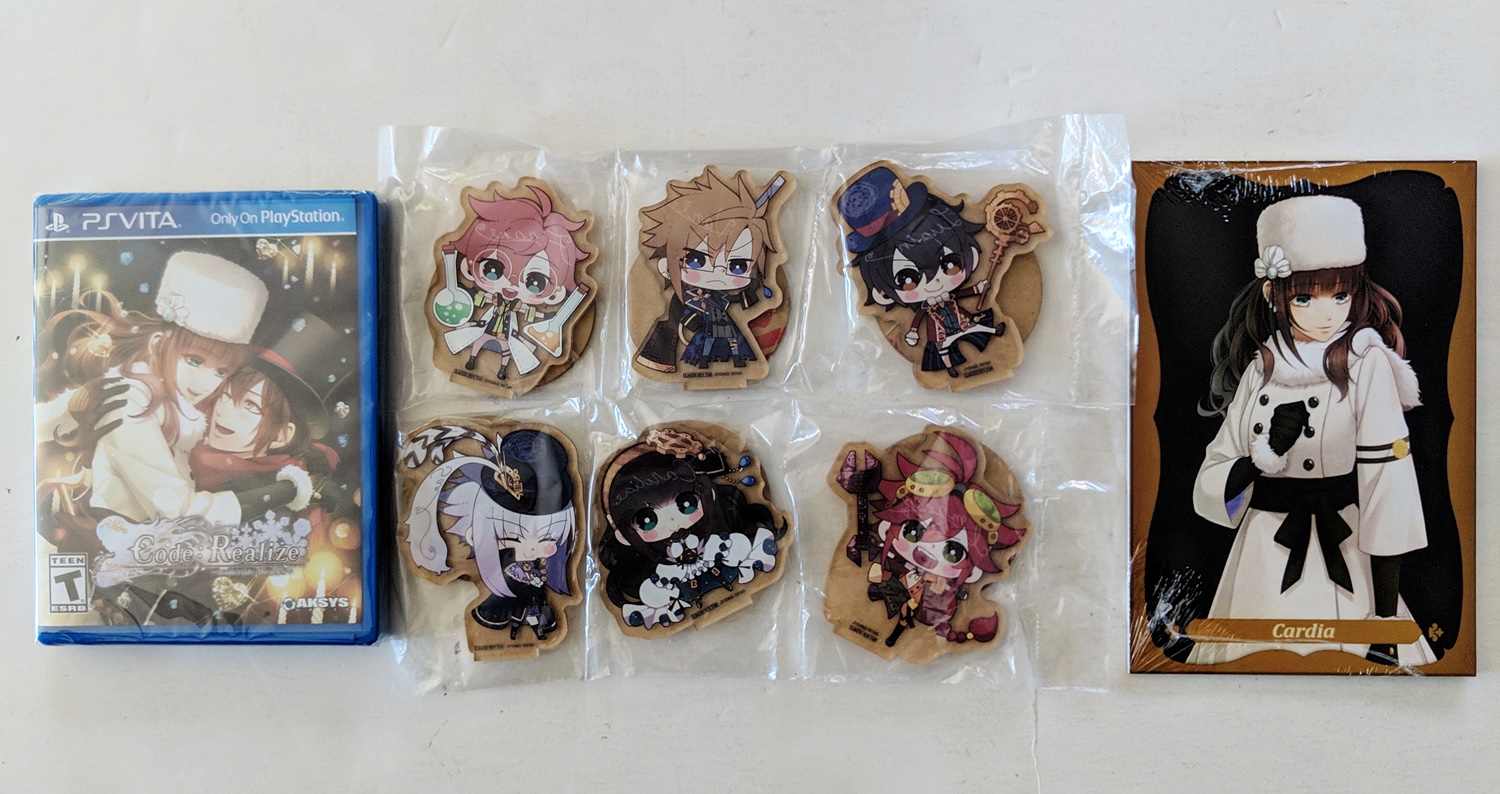 The acrylic figures feature chibi artwork of their characters which make them an adorable treat. Sure, they’re not actual figurines, but acrylic standees are becoming increasingly popular pack-ins nonetheless. Each one stands just three inches tall but would look great on a desk or shelf. It would be easy enough to even simply keep the artwork to display in an ita-bag for your favorite Code: Realize character.

Amazingly, the Code: Realize Wintertide Miracles Limited Edition is still available for purchase in both its PS4 and Vita versions. Otome fans should definitely consider picking it up. Beyond that, even general Vita collectors should probably look into it as well because chances are there won’t be many more officially-produced Vita limited editions coming in 2019.