Pokémon Day is probably just as exciting as any other holiday during the year. You never know what to expect from the beloved franchise that has spent more than two decades taking over video games, anime, trading cards and more. Now, this year’s festivities are just starting and there is plenty for fans of all levels to enjoy!

On February 23 and 24 you can visit participating Game Stop, Best Buy and EB Games locations to celebrate the latest Pokémon TCG release, Sun & Moon: Team Up. Attendees will receive a free oversize booster pack containing cards and other goodies while supplies last, and they’ll have the opportunity to play the Pokémon TCG while there.

The newly redesigned Pokémon TV app will feature curated episodes featuring Mimikyu and Gengar. Entire seasons and new movies are also added!  Fans will now be able to download and store an unlimited number of episodes and movies on a device for easier offline viewing. The update is available now on iOS and Android devices and will come to other platforms like Pokemon.com, Roku, Apple TV, and more soon. Twitch will also be airing some special episodes involving other Team Up Pokémon such as Snorlax, Eevee, Pikachu and Zekrom. Movie and anime marathons will be running for days! 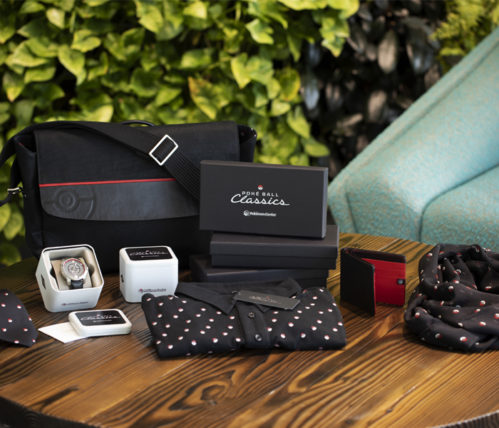 New lines of Pokémon wearable merchandise is making its way to online stores. Pokémon Center will feature bags, watches, scarves, wallets and more as part of the Poké Ball classics collection starting February 27. You can also visit 10.Deep in New York City or online to check out their exclusive Team Rocket apparel. After the February 27 launch you will be able to find them in other select locations.

We already know about the Bulbasaur Funko Pop! coming and fans don’t have to wait much longer for the February 27 release date. Also, lasting from February 25 until February 27, Build-A-Bear Workshop is offering a great discount on Pokémon bundles when shopping online.