Posting on the PlayStation Blog, Guerrilla Games managing director Hermen Hulst made the announcement on the two-year anniversary of the title’s release.

“It’s hard to believe that two whole years have passed since we released Horizon Zero Dawn,” he said.

“When the game launched on February 28, I was attending GDC and counting down the minutes with a group of fellow Guerrillas and [Sony’s Worldwide Studios president] Shuhei Yoshida.

“Early feedback suggested that we had something special on our hands, but we never suspected that we’d still be receiving daily messages of appreciation from our players in 2019.

“And yet, here we are, already well over ten million copies sold worldwide; the idea that we were able to bring Aloy’s journey to so many players is astounding.

“We’ve been deeply moved by the enormous amount of fan creations you’ve posted online, as well as the heartfelt letters you’ve sent sharing your favorite moments from Aloy’s journey.”

Today, two years ago, we released #HorizonZeroDawn to the world. We kind of knew we had something special on our hands, but we never expected that we’d be receiving daily messages of appreciation from our players to this day. Happy anniversary to all players and to @Guerrilla! pic.twitter.com/VOPxPh9JAa

The Killzone Shadow Fall developer revealed after the title’s first year that it had sold 7.6 million copies worldwide.

For example, the Guerrilla Games managing director explained that it was initially a “challenge” when it came to finding the facial model for protagonist Aloy, saying that the inspiration came when conversation director Jochen Willemsen fell ill and was at home watching Dutch actor Hannah Hoekstra on TV.

According to Hulst, Willemsen “immediately knew he’d found the face of Aloy. Within minutes he was on the phone with the studio and the rest, as they say, is history.”

Another interesting fact concerns baby Aloy, who was played by the three-month-old daughter of music supervisor and senior sound designer Lucas van Tol. 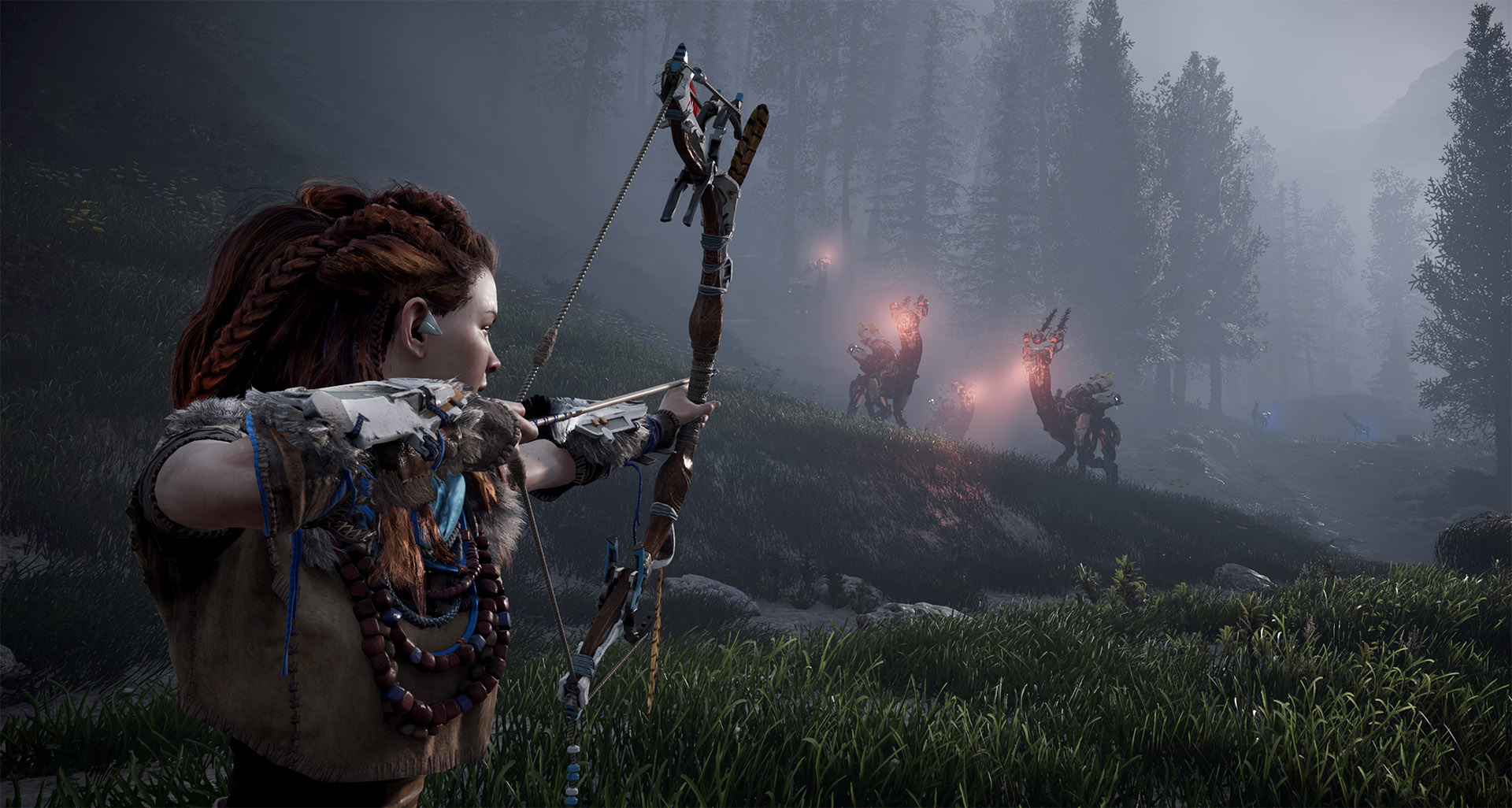 “Her performance was captured over a period of the days from the comfort of home, where her father had set up a little recording area near her playpen,” Hulst added.

The action RPG was released on PS4 in 2017 and was met with both critical and commercial success.

Players take control of the hunter Aloy, who was exiled by the Nora tribe when she was born, in a world overrun by machines.

As Aloy, players are set on a mission to discover what happened to the world and uncover the mysteries surrounding her past.

Hardcore Gamer’s review praised Guerrilla Games’ work on its IP, saying that it was “not only one of the best-looking games of this generation, but a must-own for every PlayStation 4 owner.”

You can learn more about Horizon Zero Dawn in our review for The Frozen Wilds, too.