Grand Theft Auto III has the unique distinction as being quite possibly both the highest praised and most controversial game released in 2001. This was neither the first nor last time a video game gained a ton of free publicity based on its controversial nature, since this has happened before with games like Mortal Kombat and Night Trap, but Grand Theft Auto III took both critical acclaim, commercial success and controversy to new levels. The first two GTA titles had a bit of a cult following but neither were really much to write home about. Grand Theft Auto III catapulted the small franchise into one of the biggest brands in gaming.

Abandoning the top down gameplay of its predecessors, Grand Theft Auto III went full on 3D in an open world sandbox. Open world exploration in games have basically become the norm over the past several years but the open world freedom to do whatever the player desired while ignoring the main quests was not exactly common in 2001. Hidden packages, side missions and many other activities were hidden about Liberty City to keep all players busy when they didn’t feel like progressing through the main missions. Liberty City felt like it was alive, and that made the prospect of unstructured mayhem to whittle away a day downtown that much more enticing.

Part of what made Liberty City seem so lifelike were the different radio stations. They had their own DJ personalities, and since this was what made Grand Theft Auto so huge, there wasn’t a lot of licensed music. There was some public domain classical music and some songs from the Scarface soundtrack, but most of the tunes were unique to the game. The most entertaining radio station was Chatterbox, the talk radio station hosted by Lazlow after he got kicked off the rock station. This poor guy had the worst luck with listeners calling in and guests on his show not being all that he hoped for, but one guest in particular was incredibly entertaining and that was Fernando Martinez. Chatterbox was a great source of amusement in game, but even a greater source outside of it. I was able to find an mp3 of the 50 minute long Chatterbox audio which was burned to a CDR to play in my car under the guise of of an actual radio station for when I had to drive someone for work. 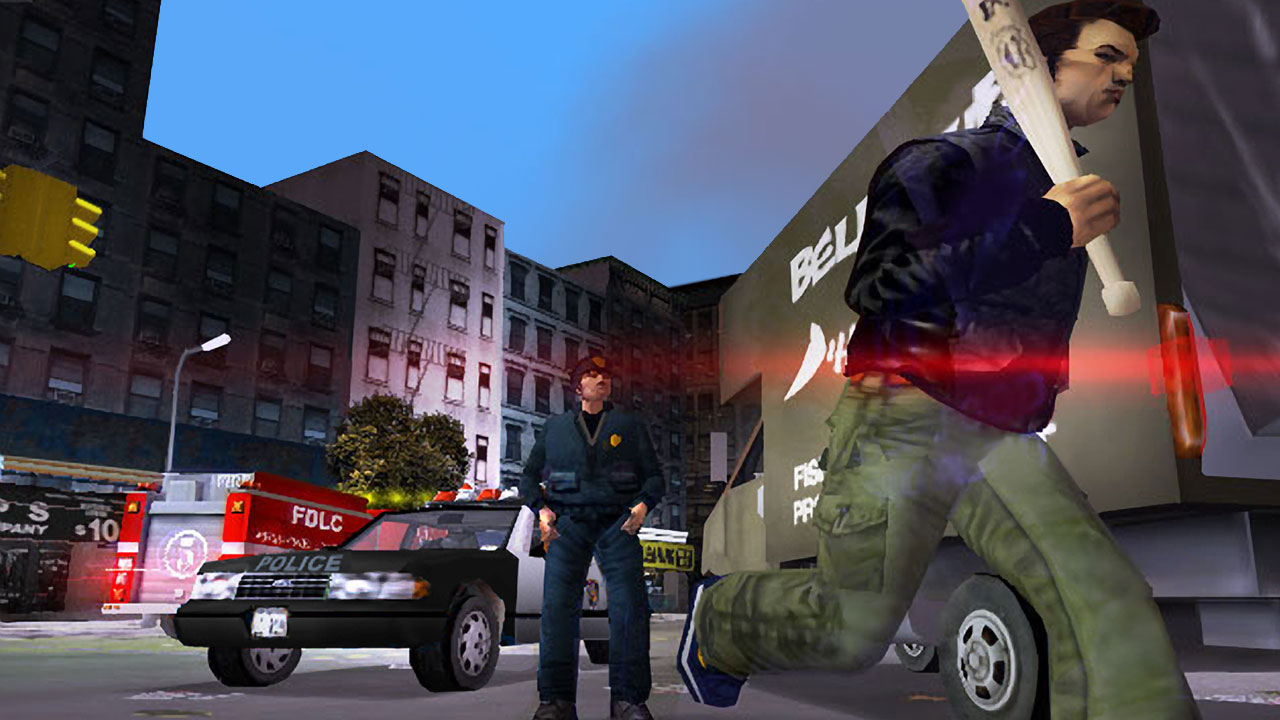 Grand Theft Auto III begins with a prisoner transport gone wrong. Claude had been sentenced to prison for a bank robbery, but an attack leads to an opportunity to escape. Claude ends up getting involved in the world of organized crime. He begins working for the Mafia but things end up messy leading to Claude getting mixed up in all kinds of trouble involving Columbian Cartels, Yakuza, Triads and corrupt police personnel to name a few. Liberty City is divided into three islands that gradually unlock as the story progresses.

There are dozens of story missions to complete, but they can be done at the player’s leisure. The missions are varied which helped make this title so enjoyable. Some missions involve proving your worth in a street race, escorting a vehicle, shoot up some enemy gang members or try to survive an onslaught of a bunch of junkies geeked up on spank. The variety of mission gameplay and how they tie into the story prevent Grand Theft Auto III from ever really getting boring, but should the player grow tired of doing story missions or develops a guilty conscience over all the criminal activity and wanton violence, there are more honest ways to earn some money and pass the time. 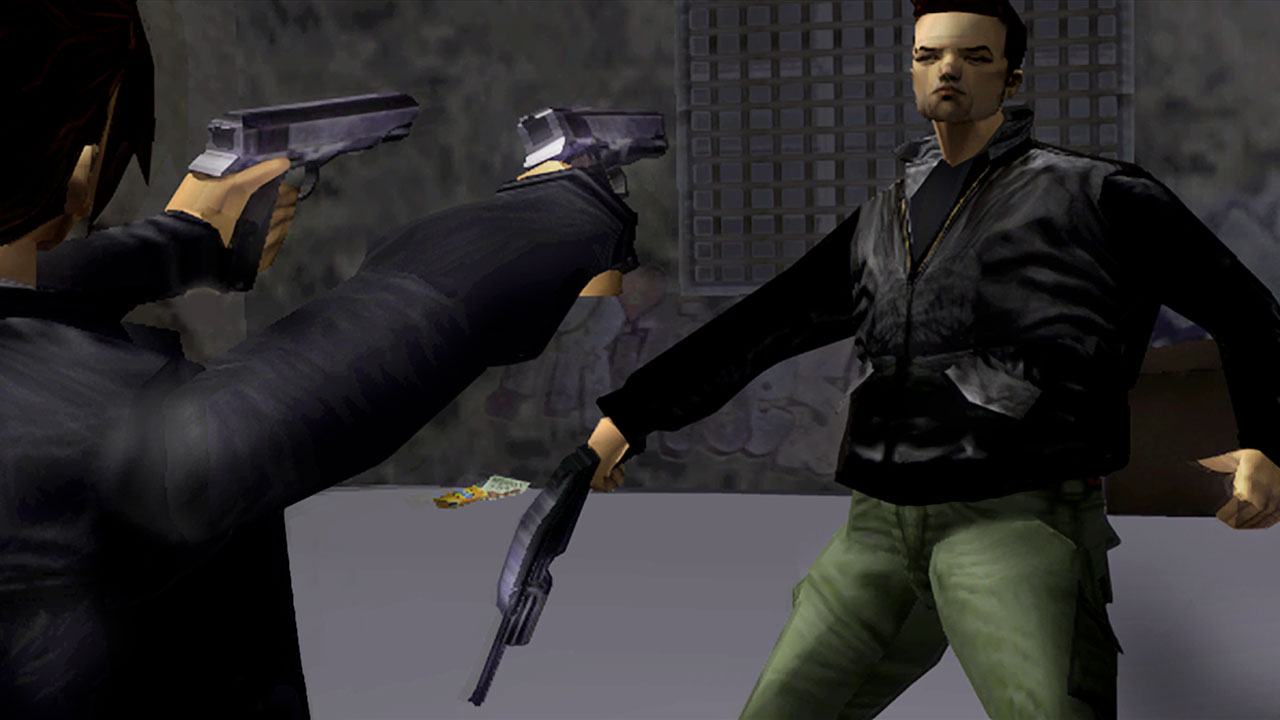 An honest living may not be entirely accurate. While these side jobs do provide some sort of positive public service, they involve the use of stolen vehicles, performing activities Claude is not authorized to perform and often involve several unnecessary deaths. Claude can drive people around town in a taxi, which is strictly for profit. He may also act as a first responder by stealing police cars, fire trucks or ambulances. The player can complete jobs that are appropriate to these professions. Maybe it was my personal playing style, but Claude the civil servant was just as destructive as Claude the organized crime errand boy. Whether driving to a fire to put out, trying to apprehend a criminal or take someone to the hospital, any vehicles or pedestrian that impeded progress was promptly crashed into, leading to countless instances of property damage and civilian deaths up until whenever this side job mission ended, which was typically when my vehicle was in flames.

I have gone on violent rampages to some degree in all Grand Theft Auto games, but this was the title where the tradition was born and the most time was spent doing it. Whenever the player commits any illegal activity their wanted level increases which results in attention from Liberty City PD. Continued violent action can escalate to getting SWAT, FBI and the military involved. A game that would be played, especially with friends where the controller was passed around, was try to see who can cause the most mayhem before being brought to justice. What we would do in the game is typically hang out by a hideout so we’d have access to all the weapons unlocked with the secret packages and just start shooting. The goal was to survive until the tanks come, and then we had to steal the tank to take the rampage to the next level. Stealing a tank was tricky, since the door didn’t open as easily as a car and there were several people shooting at you while you were trying to take it, not to mention the fact the guy inside the tank would step out with an M-16 and put us down on the spot. Tank heists were unsuccessful more often than they were, but once we got one it would be rampaging all over Liberty City. The personal best I ever did was steal three tanks in one instance, which is extremely hard. That was also the time we learned the tanks are not indestructible, since the reason for changing tanks was they started going up in flames and we needed to escape before the explosion. 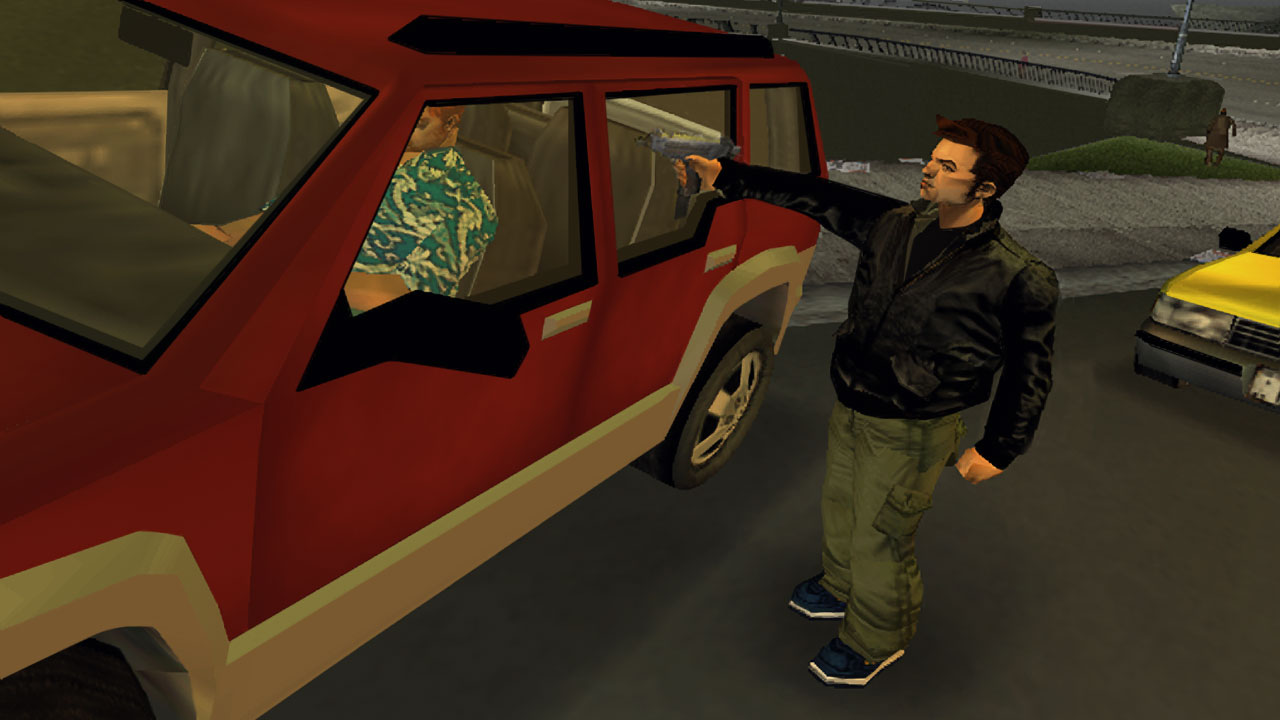 Grand Theft Auto was no stranger to controversy. In 2003 two teenagers committed murder, and during the investigation the claim was made that their actions were inspired by Grand Theft Auto III. It’s an old and tired argument. As a society we like to avoid responsibility, so turning to a scapegoat like heavy metal, gangsta rap or video games is fairly common, even though based on statistical data the number of people who enjoyed Grand Theft Auto III and killed people are vastly smaller than the number of people who enjoyed the game and have not killed anyone. Now, getting into the causes of violence and the influence entertainment media really has on antisocial and violent behavior is a debate above Hardcore Gamer staff writer pay grade, but this case helped make Jack Thompson a reviled name among video game fans and advocates of free speech.

Prior to that, soon after the release of Grand Theft Auto III the media made a big deal about how the game rewards players for killing prostitutes. This is kind of a half truth. To say that Grand Theft Auto III does nothing but extol wholesome family values and is clean entertainment for all ages is one of the stupidest statements a person could make, but the media did take some creative liberties. What’s interesting about this controversy was that at no point in the game is the player required to employ the services of a prostitute. Prostitutes are a means to restore the player’s health, but there are other ways to do this. The player is also able to kill the prostitute after they are done with them and recollect some of their funds but again, this is something the player has the option to do should they choose to, but these actions are never forced on the player. The media uproar was based on the player having the ability to choose to do something, not because the game forced an immoral decision on the player. Though if achievements and trophies were around back then and there was a trophy for taking back your money from a dead hooker, it probably would be unlocked by over ninety percent of players. 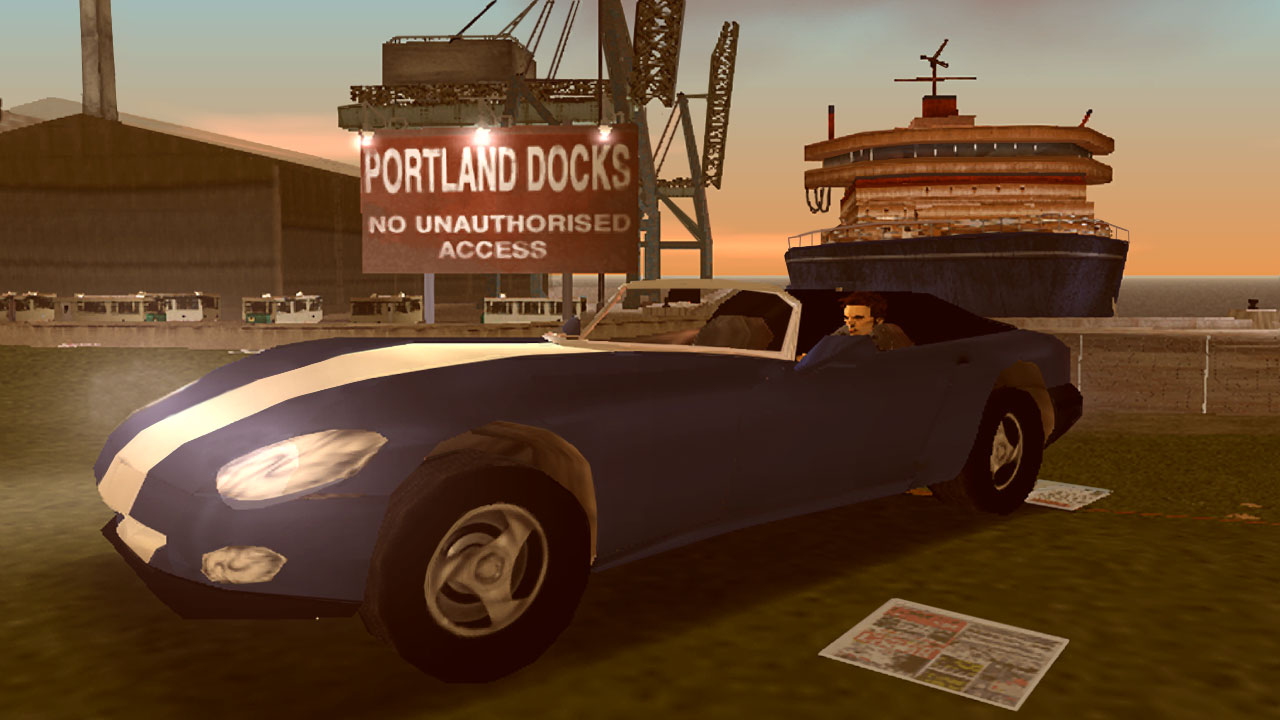 Grand Theft Auto III was truly a special game for its time. It reinvented Grand Theft Auto in a way that catapulted it into one of the biggest names in gaming and opened the door for some other huge titles from Rockstar, not to mention clones made by other development teams. A lot of publicity was generated due to its high levels of violence and allegedly glorifying criminal activity, but with a Metacritic score of 97 for the initial PlayStation 2 release, it was one of the most critically-acclaimed games in history. While future games may have evolved and improved upon the formula, there was no other game like Grand Theft Auto III at the time, especially one of such high quality. Grand Theft Auto III wasn’t just an incredible game, but it was one of those rare titles that was a game changer in the industry.