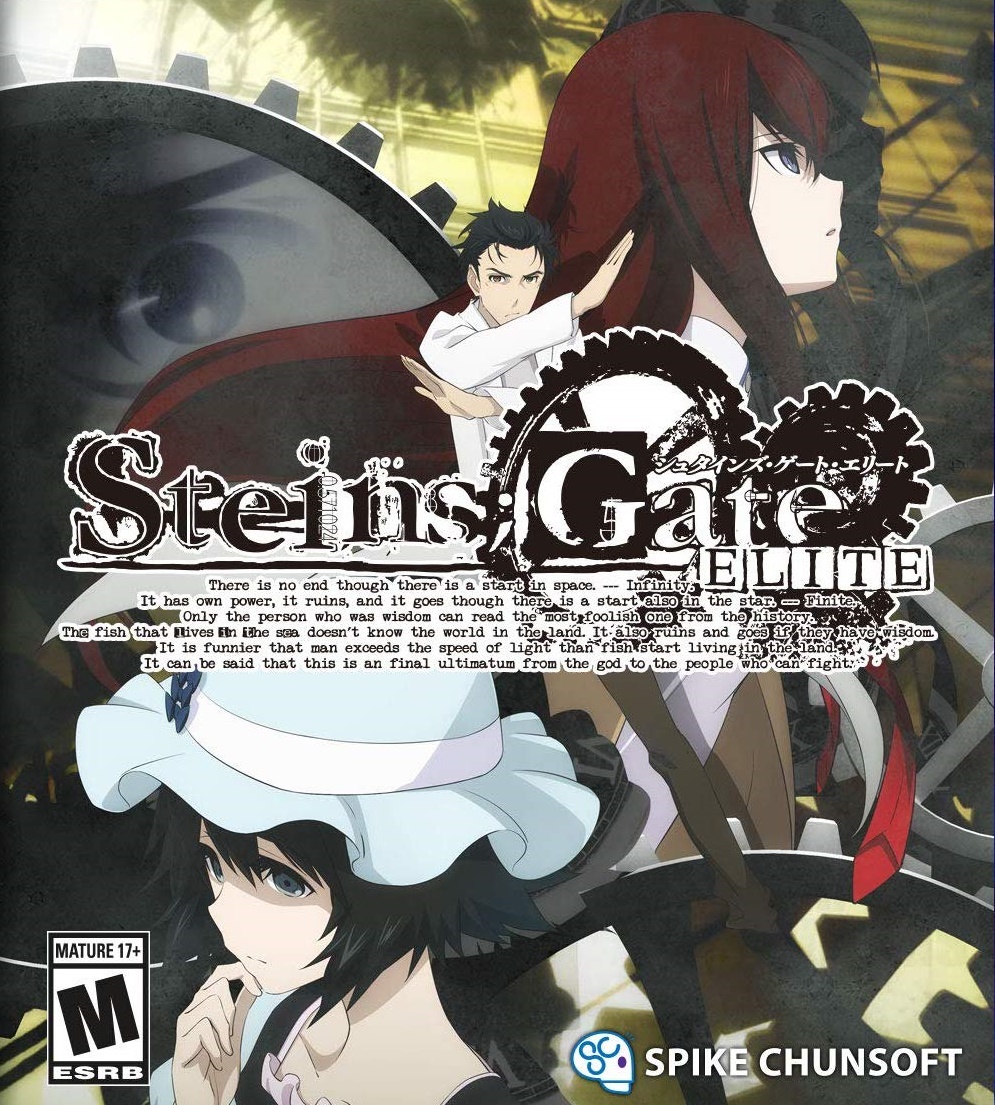 Chances are if you’re a fan of visual novels or even anime then you’ve heard of Steins;Gate before. Heck, maybe you’ve already watched the series or played the game. Back in 2009, the unorthodox decision was made to release Steins;Gate on Xbox 360 in Japan. In the following years the first in the “science adventure” series released on other platforms as well. PC, PS3, Vita, Android, iOS and many others all received ports of the increasingly popular title. It wasn’t until 2014 that an English release of Steins;Gate finally made its way to platforms in North America and Europe. Now there’s a new version, known as Steins;Gate Elite, making the rounds on PC via Steam, PS4 and Switch.

But what exactly is Steins;Gate? For those who have escaped it all these years, the concept is undeniably simple. The game stars a college student named Okabe with delusions of grandeur. He fashions himself to be a “mad scientist” despite not having much actual talent. His friends humor him and formed the Future Gadget Laboratory together where they invent basically useless technology. Things take a fateful turn when one day their latest invention (a broken microwave) turns out to have an incredible unintended function. With it, they are able to send text messages to themselves in the past in order to alter their past behavior. Thus begins a long story full of sci-fi goodness.

Steins;Gate Elite is an intriguing release in and of itself. After all, unlike a more traditional 3D video game, it seems more difficult to “remaster” a visual novel. The major difference between vanilla Steins;Gate and the new Elite edition is the visuals. Gone is all 2D CG artwork. In its place are animated sequences and stills from the anime. The same animation studio was also on hand to create new animated scenes when they didn’t already exist in the show. This is the case for all various endings which were not showcased in the anime. While awesome in theory, it’s a bit of a let down as well. After all, the original game had a superbly distinct look to it. 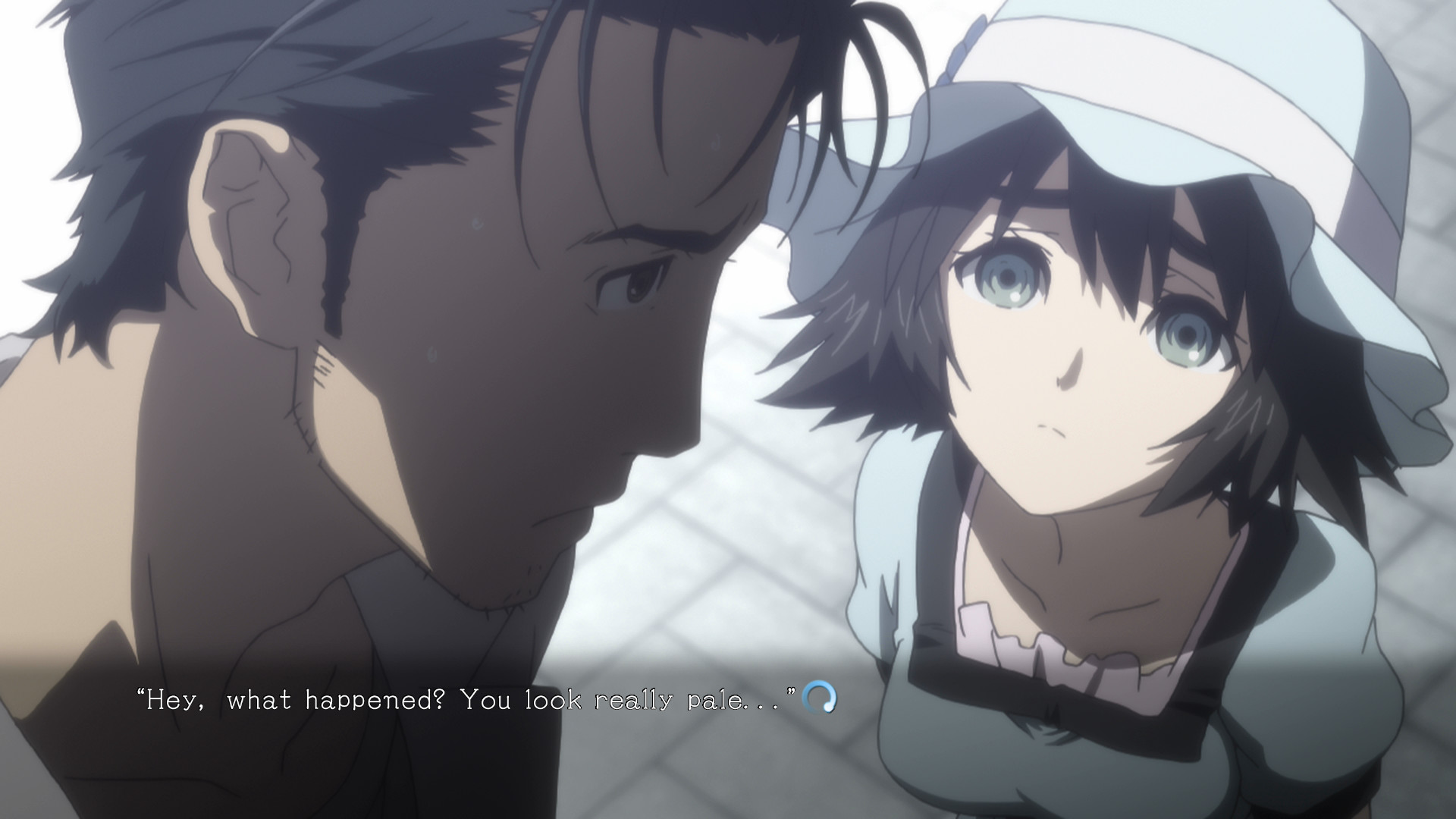 The visual novel featured iconic artwork which had far more liveliness to it than the show. With that said, there’s no doubt that this decision will work in the developer’s favor. There are not many visual novels with fully-animated stories. It’s sure to bring a different crowd to check this game out as their first visual novel. Interestingly, even though the same studio produced the anime and new sequences, you can clearly spot difference between the artwork. There’s also a small issue with the game being fully animated which you’ll only notice if you read text faster than it is spoken. Clicking to proceed to the next line of dialogue will end the dialogue audio for the previous line, but the character’s mouth may keep moving in the animation.

There’s a lot going on with Steins;Gate Elite from a gameplay perspective. Sure, it might seem like you’re just chilling watching anime — but there are still choices to be made. These choices come in the form of text messages. You choose what to respond, or in some cases, whether to send a text message or not. Some of these choices simply showcase an additional scene. Others impact the ending you’ll receive. Armed with a guide, it’s entirely possible to view multiple endings and still receive the True ending all in one playthrough. Other endings, however, do require another playthrough due to how the game tallies up player choices. Each ending provides closure in a way that most “alternative” endings in visual novels do not. 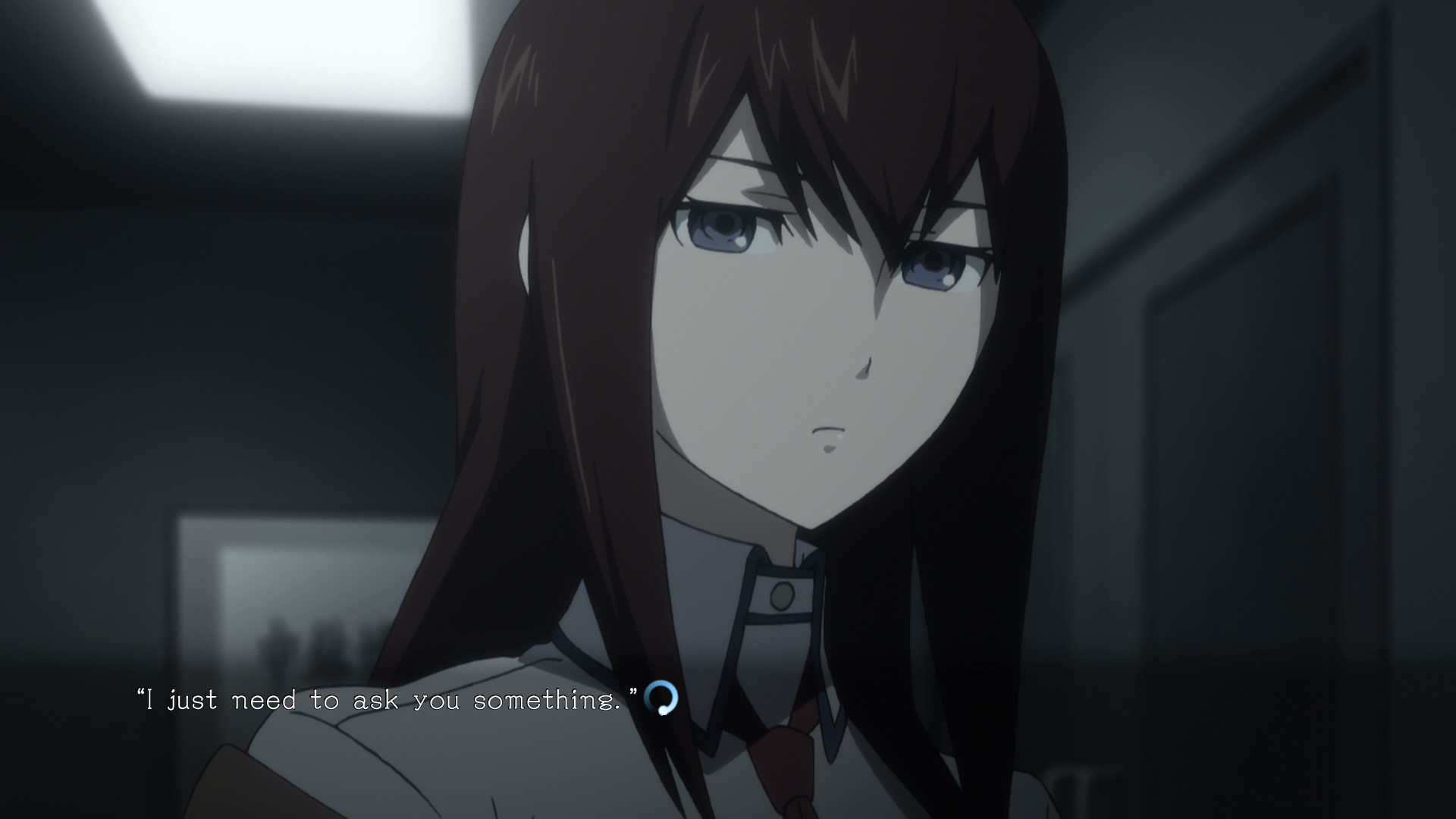 It’s always refreshing to see a visual novel not wholly focused on being yet another high school/college-era slice of life romance. Steins;Gate Elite’s storyline brings a lot of exciting sci-fi concepts to the forefront of players’ minds rather than prioritizing fluffy romance. While the storyline is still quite excellent, it’s also true that certain moments of the story may raise eyebrows more now in 2019 then they did years ago. Hopefully those aspects don’t overshadow the excellent sci-fi tale being weaved over the course of many, many hours. To achieve one late-game ending will take most players around twenty hours. To fully complete the game could take anywhere from thirty to sixty hours depending on your reading speed and preference to let voice actors complete each line before proceeding.

Normally gamers have no trouble simply buying a game on their preferred console because there’s no differences between them. While Steins;Gate Elite itself is the same regardless of platform, it does offer an additional game which differs depending where you buy it. Both the Steam and PS4 version come with a HD remake of Steins;Gate: Linear Bounded Phenogram. This spin-off title offers side stories for various characters from the original game. On the other hand, Switch owners receive 8-bit ADV Steins;Gate. It’s a cute and newly-developed title that mimics Famicom adventure games. 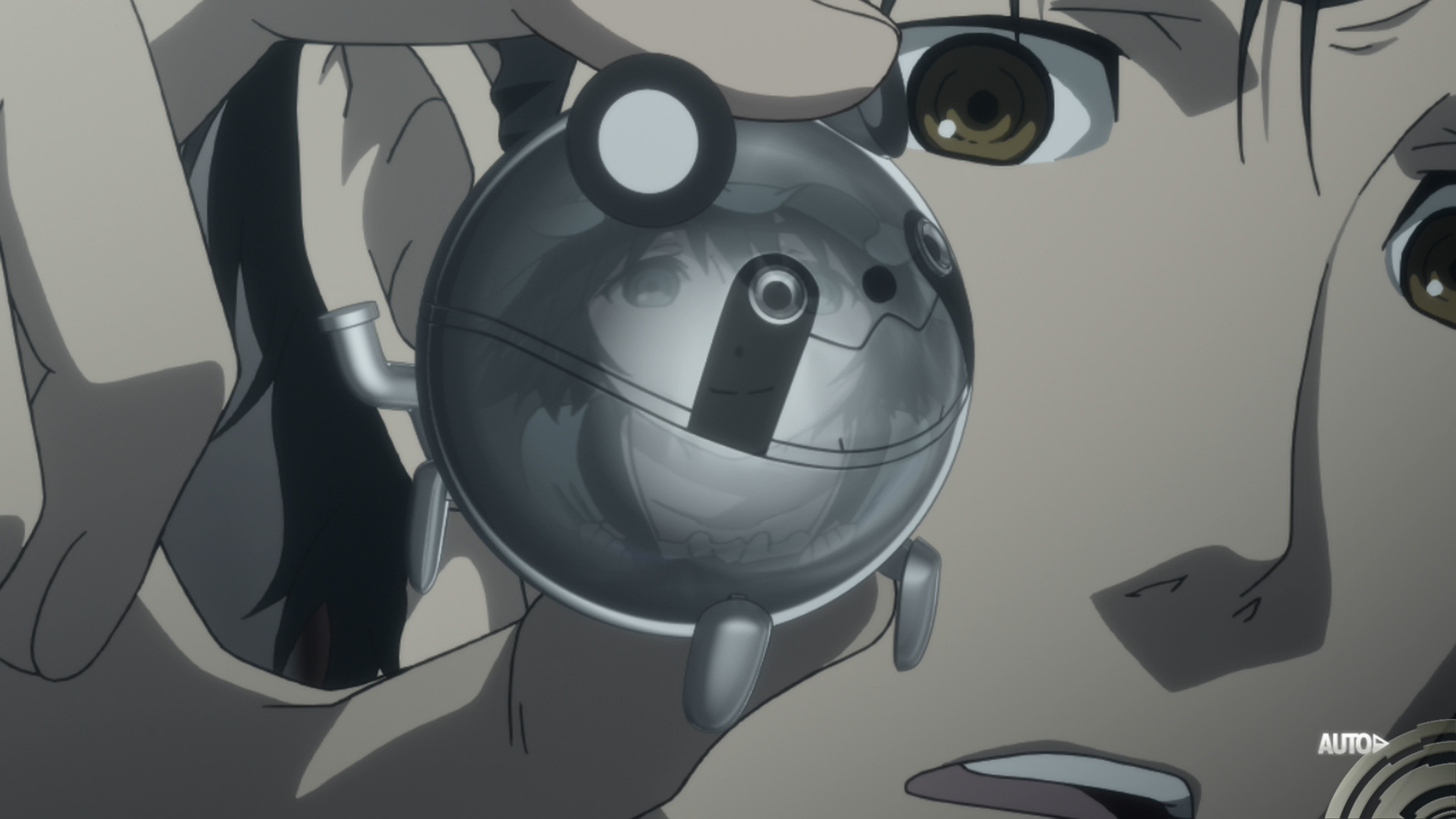 Visual novel fans simply must play Steins;Gate at some point in their life. Whether it be the original or Elite is up to personal preference for the game’s initial artwork versus its totally animated visuals. Fortunately, animated scenes in no way hinder the excellent storytelling at work in the game. It expertly weaves scientific concepts, humor, drama and even horror together in one package. Thanks to Steins;Gate Elite, many more people will finally get to experience the incredible world of Steins;Gate for themselves.