It’s just over two years since The Legend of Zelda: Breath of the Wild released for the Wii U, and more prominently, Nintendo’s then-brand new console, the Nintendo Switch, alongside. Since then, Breath of the Wild has gone on to achieve both critical and commercial success, rake in multiple Game of the Year awards, be hailed as one of the greatest video games of all time and eventually become the best-selling entrant in the series’ history. In the grander scheme of things, it kicked off what would be hailed by many as one of Nintendo’s best years as a developer, publisher and console-maker. Through its “game a month” release strategy of first-party, third-party and remastered offerings, while 2017 may not have belonged entirely to the Big N so far as the best of the bunch was concerned, it’s hard to avoid associating 2017 with anything other the Switch’s momentous debut. Given where the company had been not twelve months prior, Nintendo’s resurgence back into the zeitgeist of video game chatter was largely a result of the line-up for that year — the spark that reignited Nintendo’s place as one of the industry’s most prevalent entities.

2018 may have had its moments — titles of both niche curiosity and grandiose spectacle receiving plentiful amount of positive discussion and sales figures to match — but it’s fair to say last year felt a tad quieter on the Nintendo front. An unfair comparison you might rightly feel; how does one live up to the enormity that was 2017’s venture from one genre and aspiring reinvention to the next? Especially since the company had played two of their most prized cards in the form of Mario and Zelda? And with 2018 seeing perhaps another prized card, Super Smash Bros, now out in open play, what would 2019 herald? What else could (or should) Nintendo rely on to help fill the surmised gaps? Would the confirmed delay of Yoshi’s Crafted World, the formerly-vague spring window of Fire Emblem: Three Houses (later pushed back to July 26) and implied existence of Pokemon and Animal Crossing be but a taster of what was to come or the actual main dish with which the Switch would survive on for the next nine to twelve months? Would 2019 be filled out with additional ports of former titles — more so than the 3DS’ recent reputation. 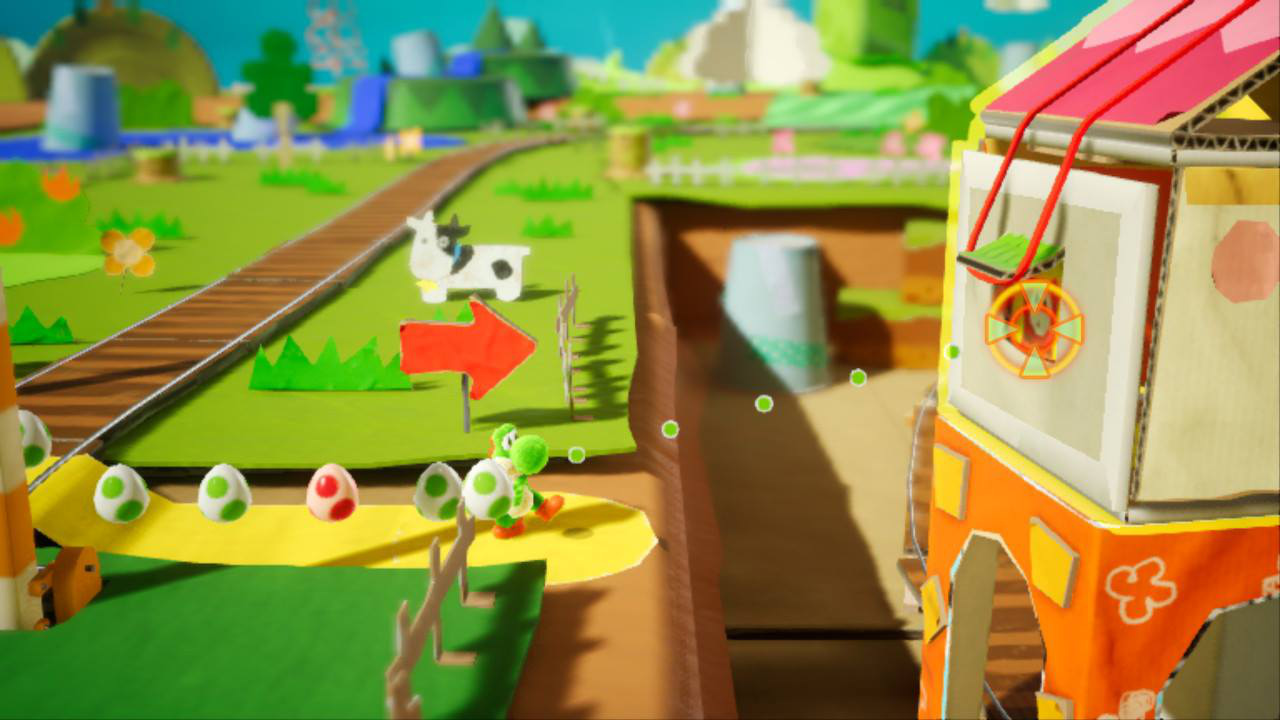 The unfortunate news surrounding Metroid Prime 4 — not to mention the still-absent Bayonetta 3 and Shin Megami Tensei V — did of course rule out a fair number of games we’d already knew existed but for a long stretch had hoped could meet if not the late 2018 window, then at least a tangible spot in 2019. Keep in mind we still have nine months to go of course, anything can still happen. Development updates can solidify a date or otherwise push that potential window further back and in good ole’ Nintendo fashion, despite previous resurgence, the company’s relationship/association with second and third-party support was always going to be a necessity to discuss. Beyond the welcome trickle of smaller, independent releases on the eShop, how would support look outside the frame of Nintendo’s own collective of internal and subsidiary studios?

Funny how it takes little more than a Nintendo Direct and (completely foreign in concept to yours truly) a turn towards some optimism — in a measured dosage — for those former concerns to convert instead into heightened intrigue. There’s a lot still that’s up in the air on these now-confirmed titles alone and it’s not just, obviously, if the end product(s) will deliver. With so much on the plate, how will Nintendo schedule a year that potentially finds Yoshi, BoxBoy, Fire Emblem, Super Mario Maker, Luigi’s Mansion, Animal Crossing, and Pokemon, contender for the same honor as Mario + Rabbids in Best Surprise with Astral Chain, a remake of beloved Zelda entrant Link’s Awakening and more, all releasing in the span of nine months? Purely on the basis of numbers, 2019 already looks to be well-equipped to keep Switch owners busy. 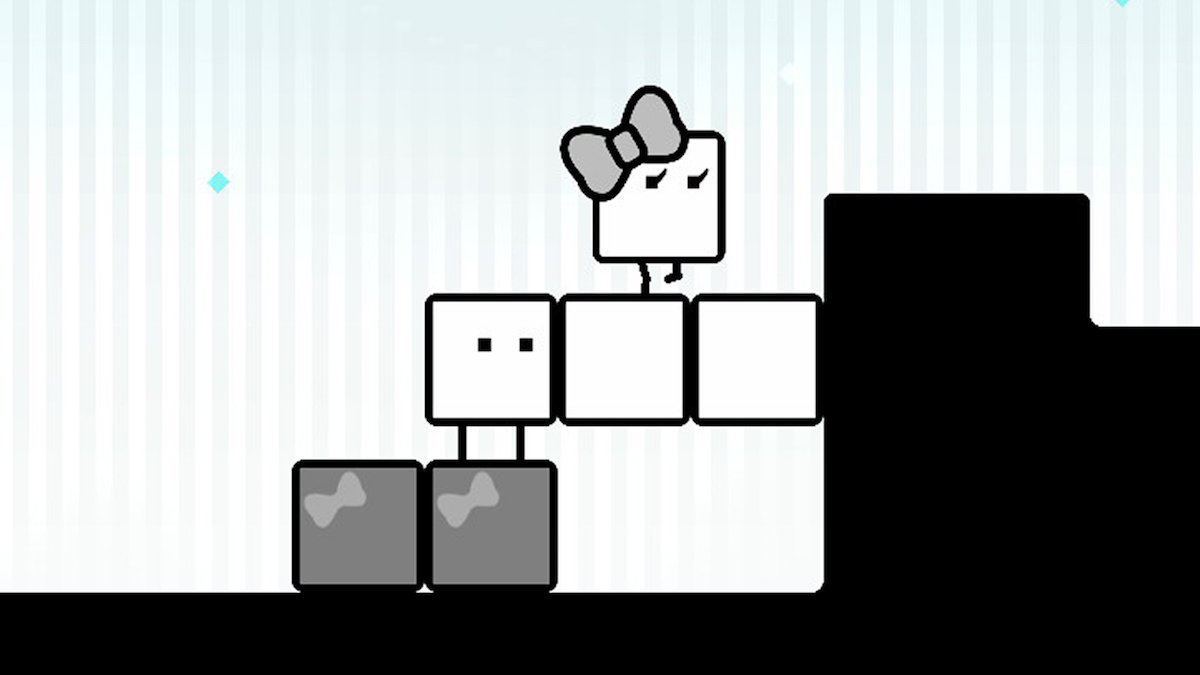 But perhaps the most interesting thing about the Nintendo Switch in 2019 — purely on the IPs present here — is the scale of these properties. There are no grand “AAA” behemoths like Mario, [3D/original] Zelda this time round and while its DLC fighters are sure to get their moment, Smash is already out there and in the public domain undeniable. Instead we have 3DS properties like BoxBoy, which has spent its still-young life on Nintendo’s ageing handheld, while something like Yoshi’s Crafted World is pretty self-explanatory in its gameplay premise regardless of how endearing its visual aesthetic is this time round. A follow-up that trumps the original Yoshi’s Island would be great, but can anybody really see that happening?

This isn’t intended to be wholeheartedly dismissive by any stretch, but one must admit that Nintendo’s proposal this year is one of transitioning properties and/or following up on an idea that has worked in the past. Finding the means to translate staples of a former platform onto their prime system that now serves both home and handheld ecosystems. How will Fire Emblem fair, now finally back on a “home” console (even if the mention of home console feels at odds with the Switch’s hybrid nature) after so many years/iterations away from that form of hardware? What of Luigi’s Mansion’s return to console — how will its episodic-styled design with the 2013 sequel for 3DS have affected its development, if at all? Will Super Mario Maker 2, like Splatoon 2 before it, prosper on its content and persevere through any and all perception/criticism that it might well be “more of the same”? 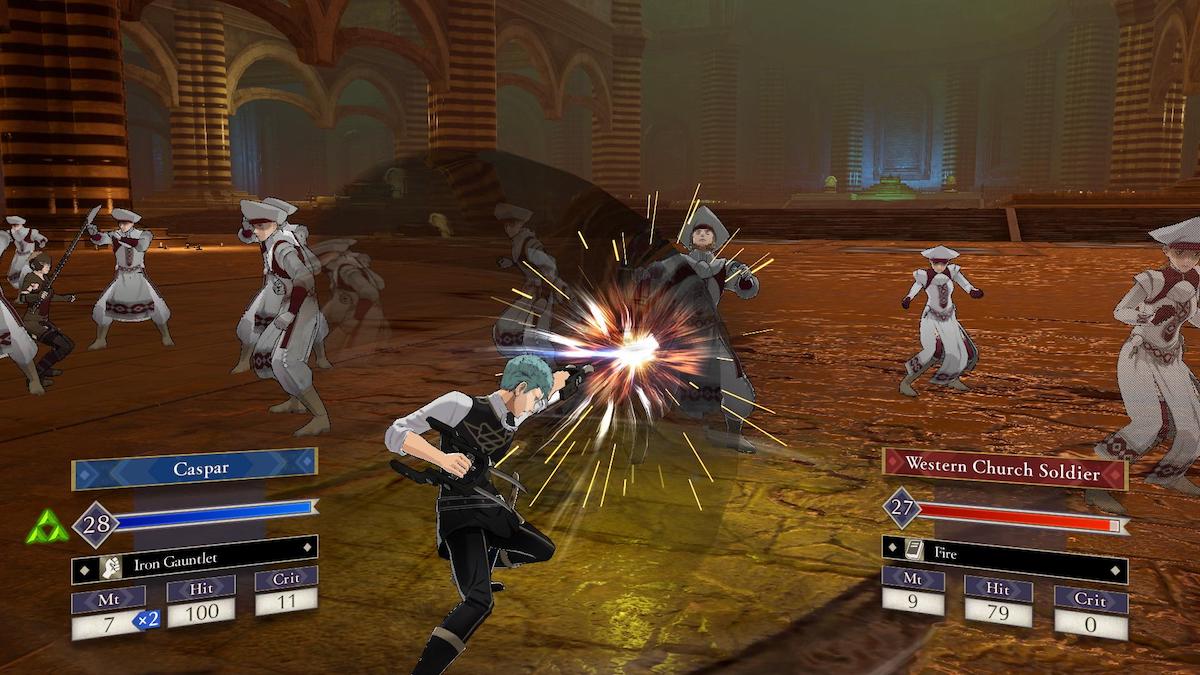 On the first-party front, Nintendo look to have reasserted their desire to keep Switch momentum going, but can the upturn in quantity translate across into a similarly-high and assailable mark of quality? In all honesty, will these releases aim to be the best of their respective series or are they just simply be the Switch version to carry on the torch? There is no overhauled premise a la Breath of the Wild or rekindling with a staple formula like Super Mario Odyssey. There’s no grandeur appeal that “everyone is here” either. These are IPs and ideas we’ve come to know, recognize, maybe even love — the appeal lies more so in whether these iterations’ time on the Switch is the end factor or hopefully a means to something much more promising.

In a year that could very well see both their competitors, Microsoft’s Xbox One and Sony’s PS4, wind down in the wake of the next-generation of consoles, Nintendo will of course register the opportunity for Switch to grow only evermore beneficial in consumer’s minds. But this faith in consumer goodwill only sustains so long as the end product justifies it. People buy consoles to play games, but even Nintendo’s long-standing history — and its many properties’ own individual legacies — can’t always be the excuse to which sub-par content can be forgiven. We saw this with the Wii U when even Mario Tennis, Paper Mario and Star Fox were denied a pass purely on namesake alone. It’s only a matter of time before the talk of specs and technical advancements in both Xbox Scarlett and PS5 — in relation to the Switch’s output — will overtake many a conversation. Once this happens, the Switch will, sadly, find the legacy of its own hardware begin to catch up and the real contrast of performance could potentially overshadow the extent of its software library. 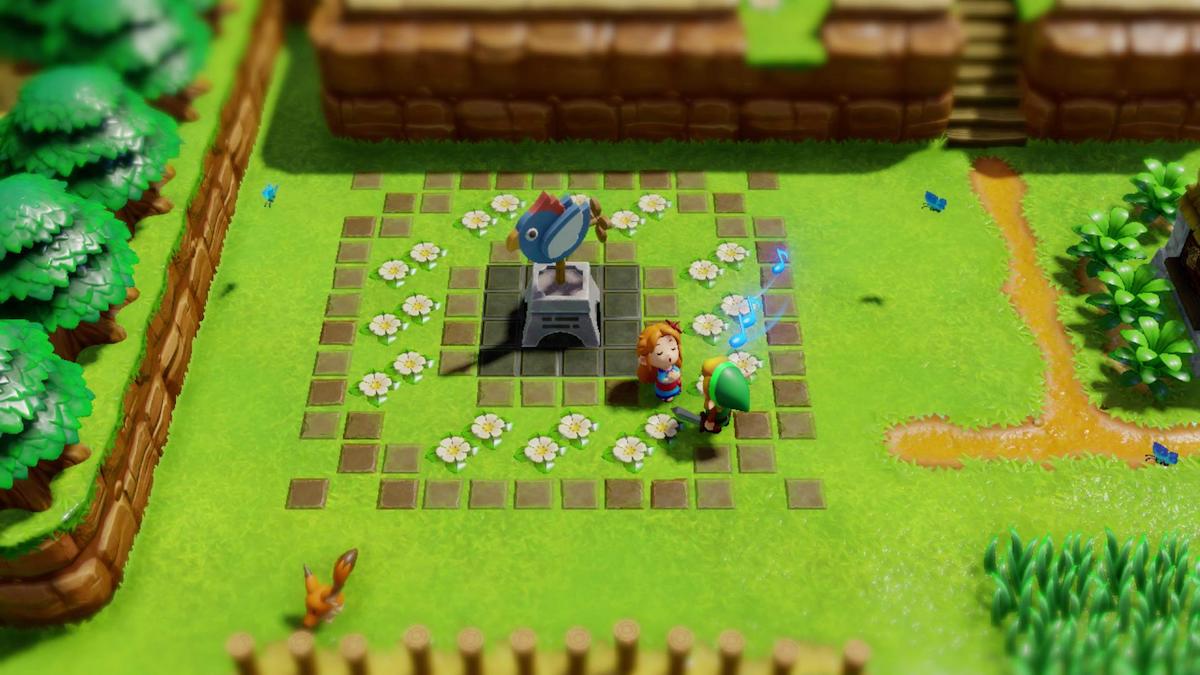 Providing the line-up is good enough to withhold, maybe even push back, against this narrative and inevitable transitioning to an all-round ninth-generation of games, the Switch can still maintain itself as a console that, despite its technical shortcomings, understands that games are not always about technical graphics and non-interactive means to impress. If there’s one thing Nintendo understands, it’s that gameplay comes first, even if the execution doesn’t quite work out in the end. The Switch may not vouch for absolute supremacy as the objectively most powerful piece of kit on the market, but at the very least it makes a strong-enough argument in its variety as much the portability of such a wide assortment of titles of all shapes and sizes. If 2019 is indeed the year where its competitors lay down their own cards for the world to see and/or revel at, then it’s paramount that Nintendo steer the conversation on 2019 away from the perceived potential of better hardware and more towards the realization (in case anyone is still blissfully unaware to such a revelation) that gameplay, and the variety of such, remain unchallenged.

Could both Sony and Microsoft be readying a salvo of titles that aim to take back some of that first-party favor the Switch enjoyed in its debut year? It’s always likely — Sony especially, always ready and willing to go toe-to-toe through their own assortment of first-party studios — and as such, Nintendo can not get complacent with ensuring that consumers have a reason to revisit the console month after month after continuing month. Not that we need to be reminded (though that still appears to occur again and again), but Nintendo always tend to hide one or two tricks up their sleeve and with the unveiling of PlatinumGames’ other third-party exclusive, Astral Chain, as well as the Nintendo Switch Online exclusive Tetris 99, not a year goes by where Nintendo’s most predictable attribute is, once again, their sheer unpredictability. 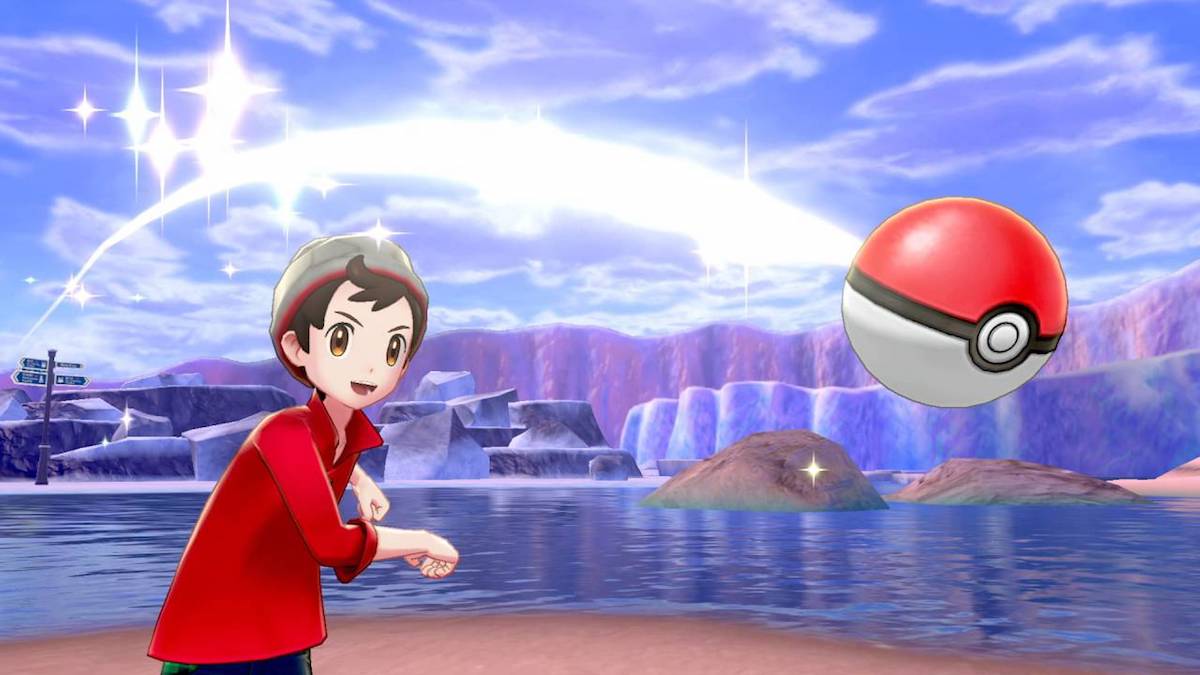 Sometimes that left-field turn doesn’t quite work out as we’ve seen with a rather large portion of their online features — if putting certain aspects behind a paywall is what you count as a “feature” — but in others, that investment and slightly doubtful glance back has its moments. Namely the absurdity of literal Tetris Battle Royale which, in all its ridiculousness as a concept on paper, absolutely works when put into practice. 2019 for Nintendo, so far as software output, could potentially stem from more than the conventional scheduling of $40-60 priced releases, should they wish to have more people speak positively of online, than negatively. Tetris 99 is a good start, but that’s all it is: a start. Even further afield we also have Nintendo’s continued investment in mobile gaming — both Mario Kart Tour and Dr. Mario World two upcoming releases (the latter expected sometime this Summer) with which next-to-no details are known as to their premise, their progression and more importantly, their potential monetisation through in-app purchases.

In the end, if you really wanted to go along with the act and declare that Nintendo’s [potential] year, so to speak, only really commences this coming March 29 with the release of Yoshi’s Crafted World — and will cease, as do all game years, around mid-December — then no doubt you’ll be looking on keen to find out how year three for the Switch will pan out. And how it will contrast not just to last year, but with 2017 too. Not counting the ample promising independent titles that will either make their console debut or will simply support the platform in the near future — not to mention whatever else may be prepping for an unveiling at this year’s E3 — Nintendo already have a fair amount to suggest that 2019 could very well be theirs for the taking once again. With their rivals’ next ventures looming and the Switch’s hardware limitations only increasing in potential relevancy to the point of maybe becoming a hold-back, now more than ever is the time for Nintendo to certify their position as a developer, publisher and platform-holder that can really hit it out of the park. Can Nintendo Switch triumph once more in 2019? One thing’s for sure: the next nine months will be a very interesting affair.