Bloodstained: Curse of the Moon is one of the finest original Castlevania-esque games on the market period. While games like Odallus did a great job, they did lack the feel of an original Vania. COTM had the same kind of jumping, weapon control, and the ability to switch between characters much like the third entry in that legendary series.

The game was originally just going to be a bonus thanks to Bloodstained: Ritual of the Night hitting a certain Kickstarter goal and quickly became a must-play for long-time fans. Today, Limited Run Games announced that they will be releasing a physical version of the game on Switch, Vita, and the PlayStation 4 on March 15. Beyond a regular game-only version, this will be a limited edition version for $55. This gets you not only the game on a disc or cart, but the ability to get a Castlevania III-style grey box, an NES-style sleeve that will fit either case, and a reversible poster. 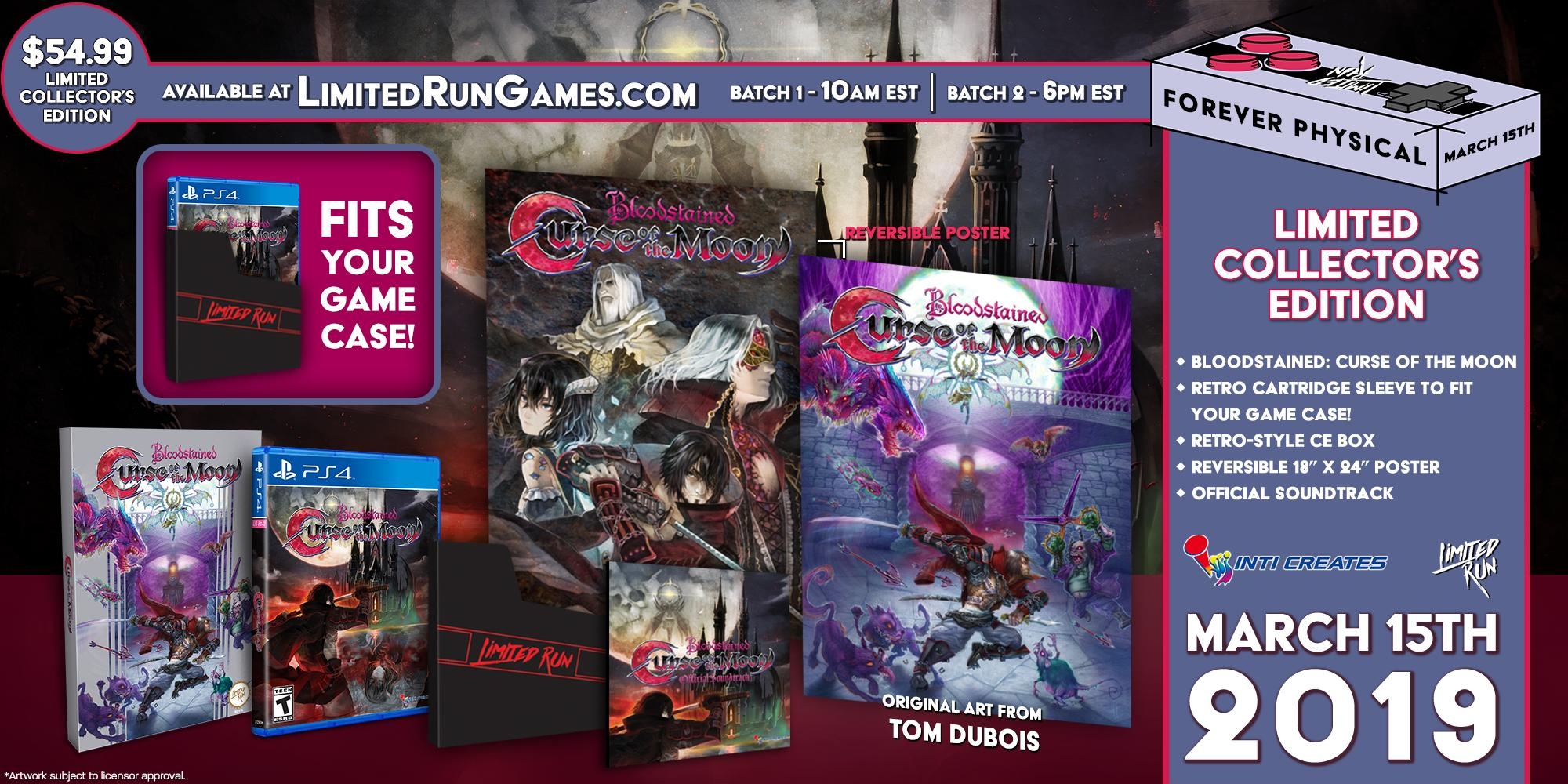