As a gaming platform, VR is a fickle beast. For every great title that makes use of the unique hardware, there seem to be approximately twenty that exists solely in the hope that gamers starving for content will pick it up out of desperation. After some hands-on time with Zoink’s upcoming Ghost Giant, it seems best to advise that there are about to be another twenty bad titles to balance the market. That is to say, Ghost Giant, and its anthropomorphized animal-filled world, has the makings of being something deeply special.

Written with Sara B. Elfgren, known for The Engelsfors Trilogy, the game casts the player as the titular Ghost Giant, an incorporeal (well sometimes) being that appears for no known reason. The problem is that Louie, a cat boy, is the only one who can see him. Initially terrorized, Louie runs, terrified for his life, and the player starts by trying to convince Louie that you are friendly. The method for doing this is a bit more destructive that intended, as boulders will be moved and treehouses destroyed before Louie realizes the Giant’s benign intent. 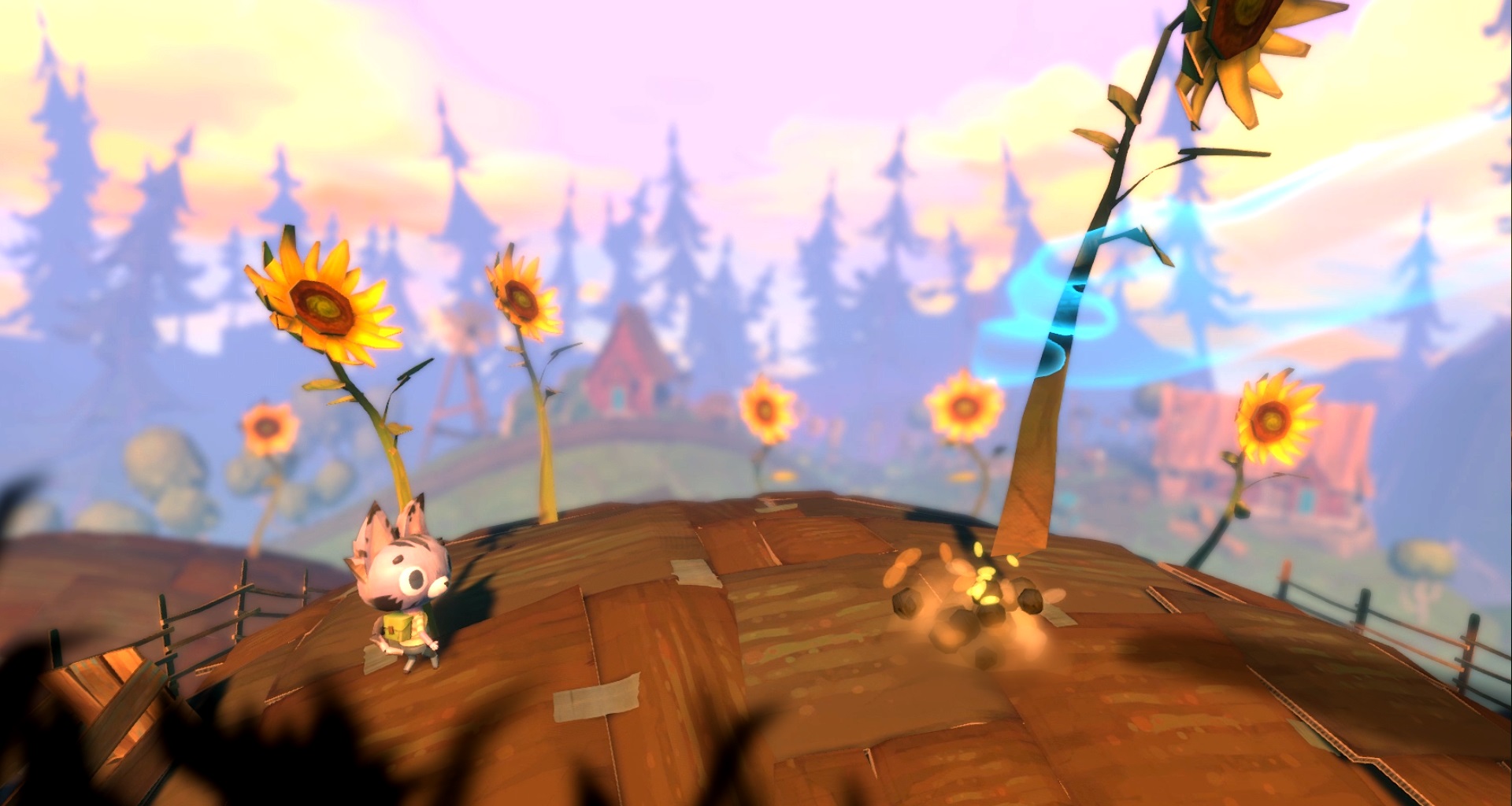 Later scenes pair the Giant with Louie as they work to save Louie’s family farm from crushing debt. Some of this involves simple chores, like pulling wilted sunflowers, to more complex tasks, like painting a stylized hot dog to impress hipsters enough to allow Louie to cross a bridge (don’t worry; actual artistic talent is not required to complete this task).

These are introduced in an adventure game format where the situation and goal is introduced and the player uses the available items in the environment to solve it. It can be a bit arcane, as the game does want specific actions performed to complete a task, but nothing that makes no sense. Plus, if the player is stuck, they can get Louie’s attention. He always seems to have an idea of what to do. The use of the PlayStation Move will be required for this title, but Zoink makes good use of the freedom of hand motions to make for one of the more immersive VR experiences that doesn’t involve shooting a gun or piloting a vehicle. 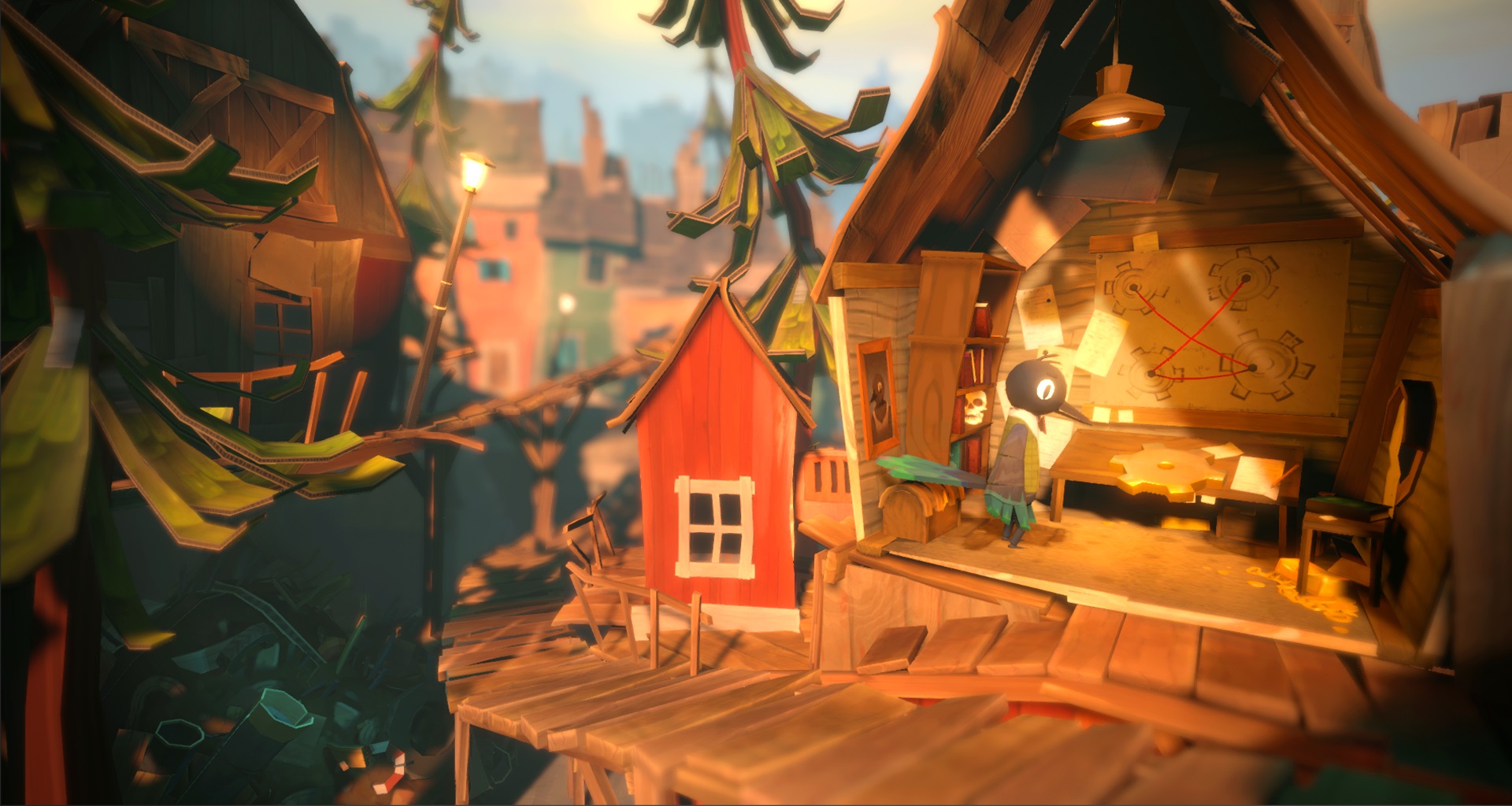 The one, single complaint that could be lodged against the experience shown is that there don’t seem to consistent rules of what can and cannot be done. For example, when there’s a part during that destructive introductory sequence when Louie is panicking in some water, afraid he will drown. The natural inclination is to gently scoop him out and set him on land. The game doesn’t allow that, asking that the player toss a life preserver to the cat. Despite this, the player can still give Louie a high five or a fist bump and Louie will react physically. Basically, expect some classic adventure game logic.

Despite this complaint, one simply can’t get mad at the game. This thing is oozing so much charm that it should see a doctor. From the vibrant village that appears to be crafted from the best offerings of a hobby shop to the down-on-its-luck farm, the title has the appearance of a 3D cartoon come to life. It’s filled with memorable characters and moments. Something as simple as helping Louie ride a cloud through the sky is just so stinking heartwarming that even the most jaded will crack a grin. The best compliment/description that I can give is that this feels much like The Iron Giant. Hopefully, the ending won’t be as bittersweet. 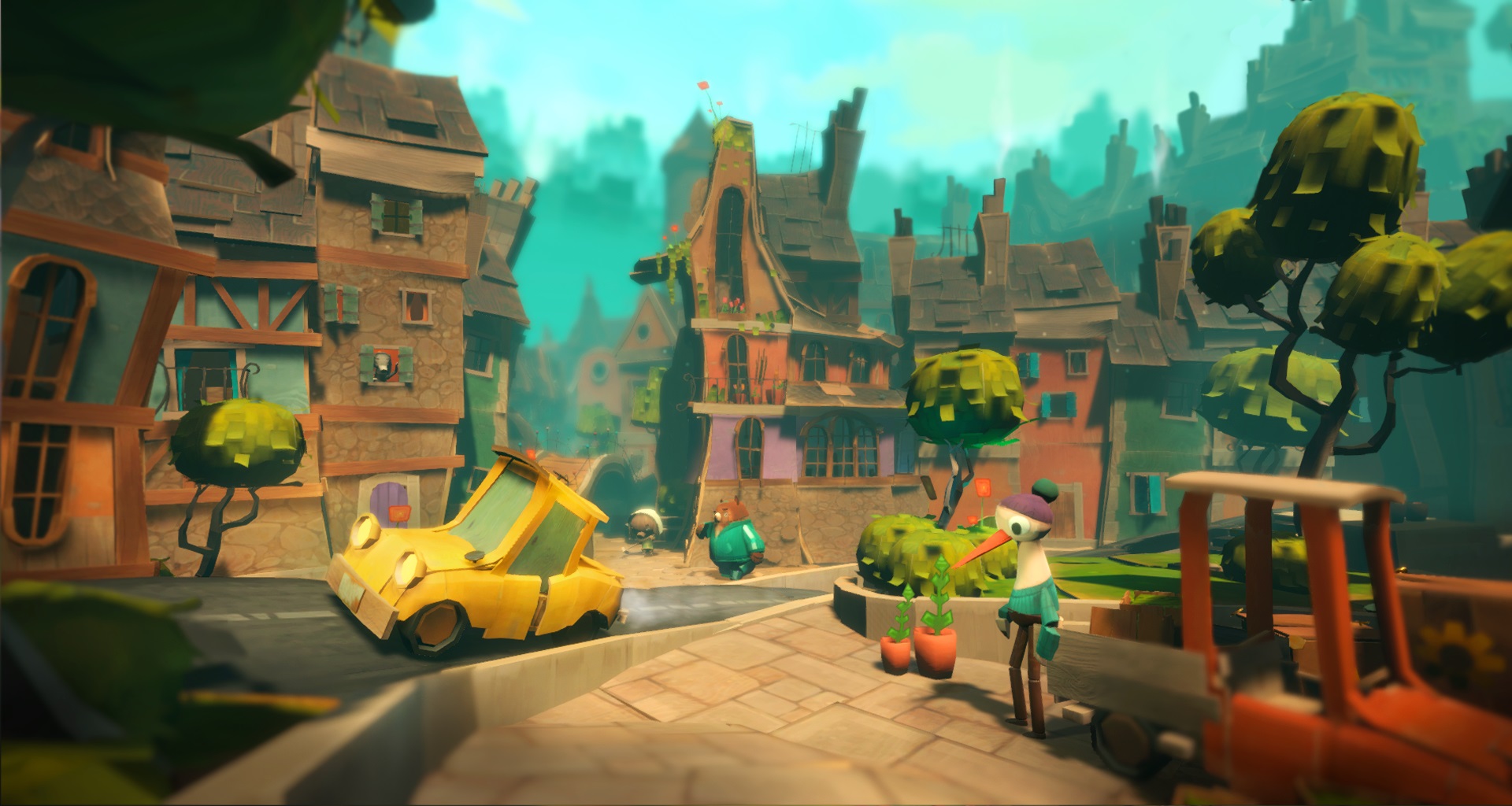 Therein lies the heart of Ghost Giant. This isn’t really a game about breaking the player’s brain. It’s about inhabiting the body of a giant in a cute world. Even so, it does promise to be a bit lengthier than the normal VR title, with hours of content if the player knows every solution. Since the answers will take some time, and the fact that there are multiple secrets and easter eggs littering every environment to be found, players will be able to live the life of a gargantuan spirit for quite awhile when the title releases for PSVR later this spring.