The survival game trend is one that has been on the wane in recent years. The popularity of Rust and Ark: Survival Evolved is still rather strong, but new entries into the genre have landed with a series of squishy plops. Terraria still sees some play, but most have moved on. This isn’t mentioning Fallout 76, which took the genre somewhere private and proceeded to regale it with stories about rabbits before putting a bullet in its head. This is all to say that one has reason to be surprised to learn that a new survival game is in the works. It’s even more surprising that it actually looks good. CryoFall is that game.

It’s not like the developer, AtomicTorch Studio, isn’t paying their dues. The game might look like an overhead survival game with simpler graphics when compared to even Don’t Starve, but they have been building, tweaking and perfecting the design for over four years. Despite the simple looking exterior, a robust tech game is working. 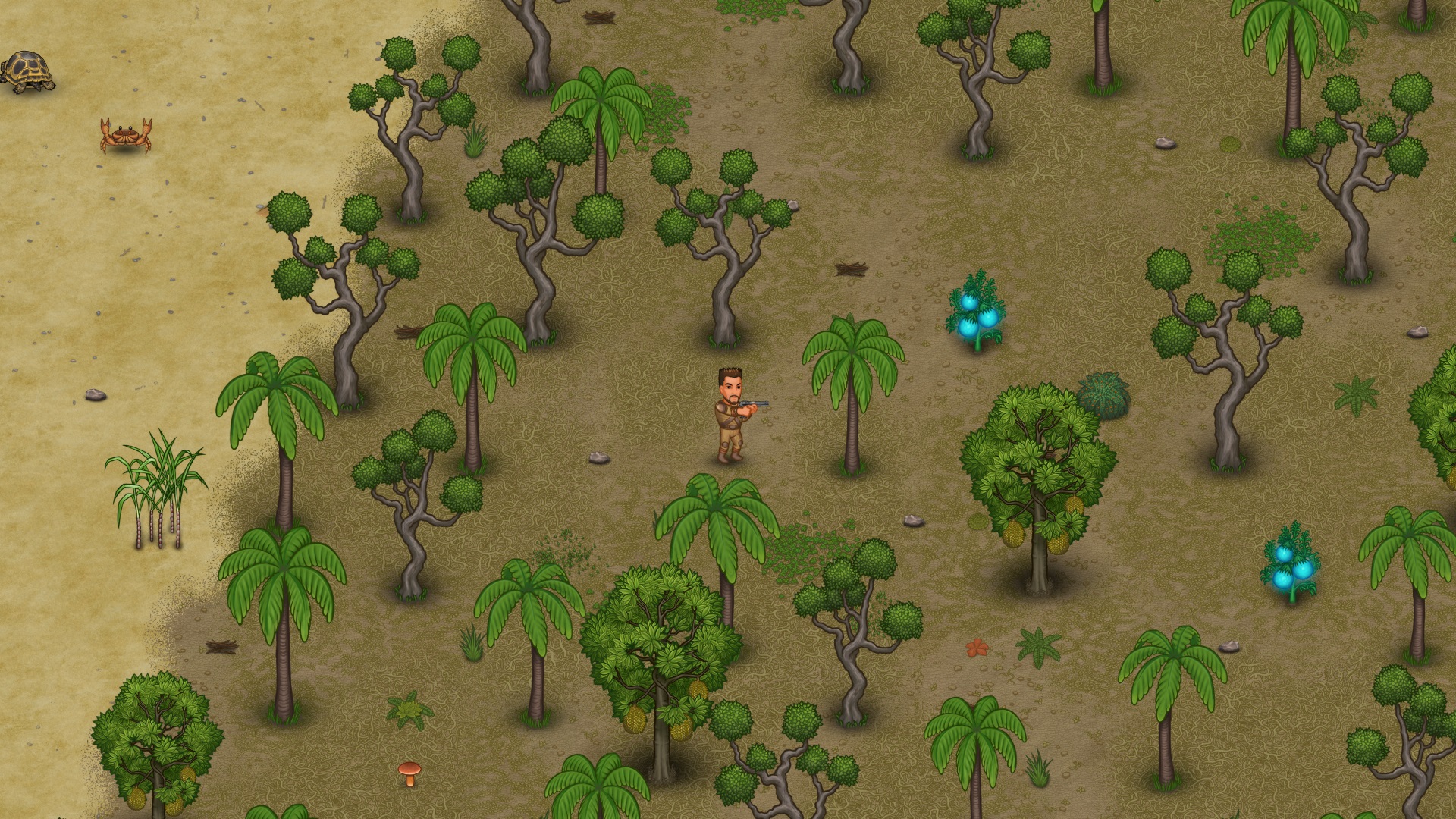 Set on a distant, unknown planet, players will find themselves forced to survive and thrive in harsh conditions alongside a multitude of other players. What this planet is and the circumstances that caused the environment is something that will need to be discovered while working up a tech and crafting tree. As each player is a survivor of a spaceship crash, it would be interesting to learn if there’s some sort of ship crashing magnet at the planet’s core or if the only requirement for a pilot’s license is to not be currently holding a mild altering substance in hand while applying. There are various biomes packed into the map, even promising exclusive resources needed to progress further and become better equipped. Quests will be undertaken and mysteries will unfold.

To aid in survival, the team has taken pains to ensure that everything makes sense. The tech tree is divided up smartly between separate tabs. Finding the recipe for specific items is easy as each is in a section that makes sense in the menu. Speaking as someone that despises hunting through some unwieldy monster of an interface to be able to rub two sticks together, the simplified interface is clever, while still allowing for enough depth to keep the survivor on the “gather and build” loop that makes these titles so rewarding. Even earning and improving skills, which can be a bugbear in some of these games, is as simple as using it. 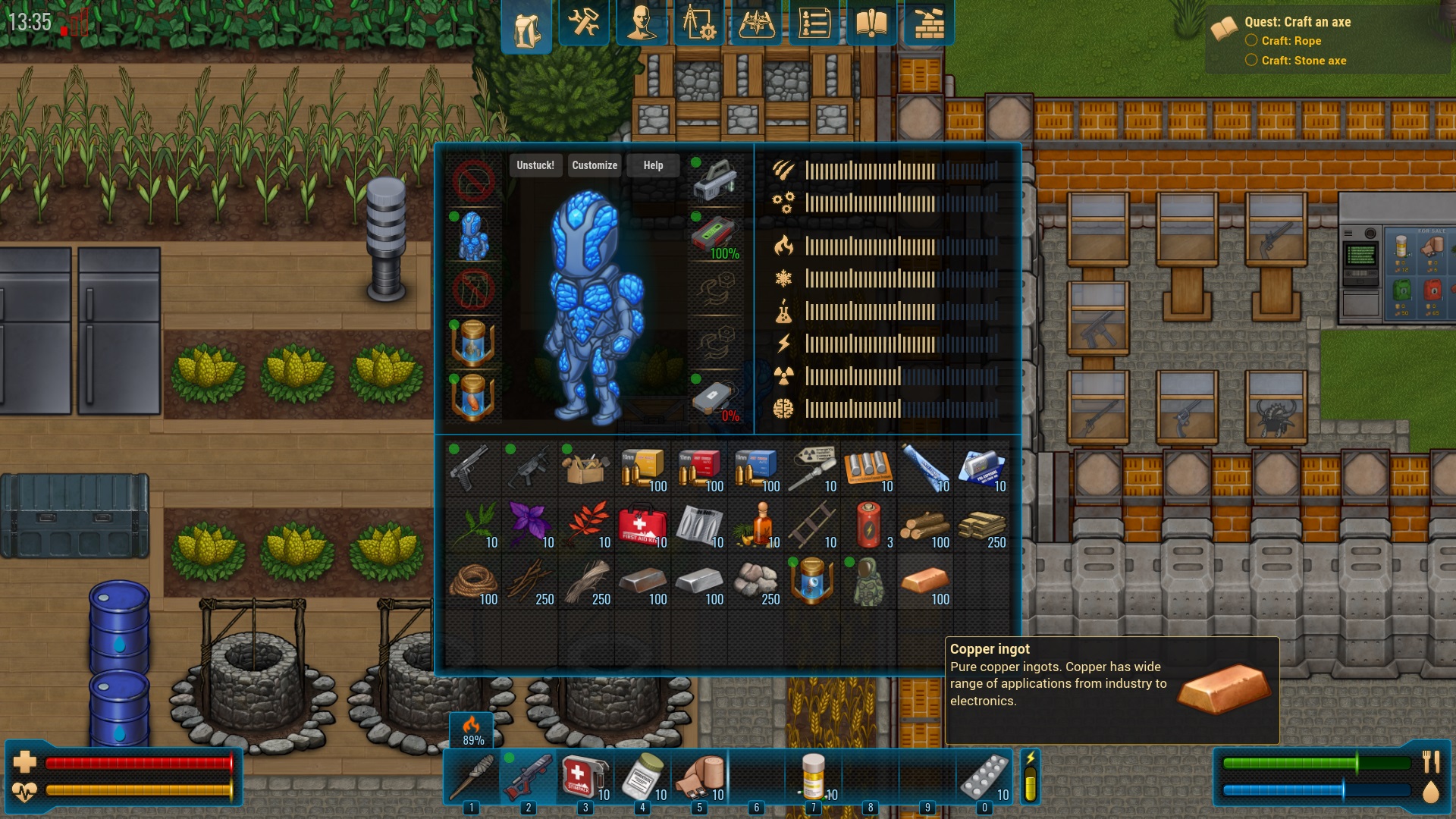 So far, this sounds like a bog standard survival game. What really helps it stand out is the feature set. First of all, the game supports two hundred simultaneous players on the same map. The developer can push it to five hundred without causing the tech to break a sweat, but they discovered that the lower number was the sweet spot for developing friendships and rivalries among the player base without feeling overcrowded. The custom engine is also completely open source, with full modding support available to the public. Those that think the well crafted and balanced map just isn’t enough of a hellscape will be able to produce the stuff of nightmares.

Coming away from the demo of the title, one is reminded of Fallout 76. The promise of a deep story, the multiplayer survival elements, even the areas of the map that are radioactive manage to evoke the post-apocalyptic wasteland that is Bethesda’s doomed experiment. The difference is that the AtomicTorch Studio is taking their time with this one, making sure that everything works as intended while still being entertaining to play. After some heavy beta testing, they’re ready to let it out in early April. Even then, they are still considering it an Early Access launch, as they want more people to bang on it so they can work out the kinks that remain undiscovered. Only after that will the team be ready to call CryoFall done. This diligence and care is something major studios should take to heart, as it looks like it’s going to produce a quality title with lasting appeal.