In Tokyo, in the near future, things haven’t gotten much better. Sure, cybernetic enhancements have become a bit more common place, and that’s cool, but gruesome murder is still a thing that has to be dealt with.

Kaname Date, the protagonist, arrives at the scene to find a young woman stabbed multiple times, corpse placed atop a horse on a merry-go-round. He’s prevented from approaching to examine the scene and has to make use of the built-in magnifier option of his cyber-eye to get a closer look. He thinks he recognizes the woman, but it’s tough to tell with all of the blood and the fact that one of her eyes has been gouged out. Hearing a noise from the central pillar of the amusement ride, he activates his eye’s X-ray function. There he sees someone trapped inside. Releasing her, she stumbles out, holding an ice pick in her hands. This might appear to be an open and shut case, but then how was the door locked from the outside with the girl trapped within holding the murder weapon? 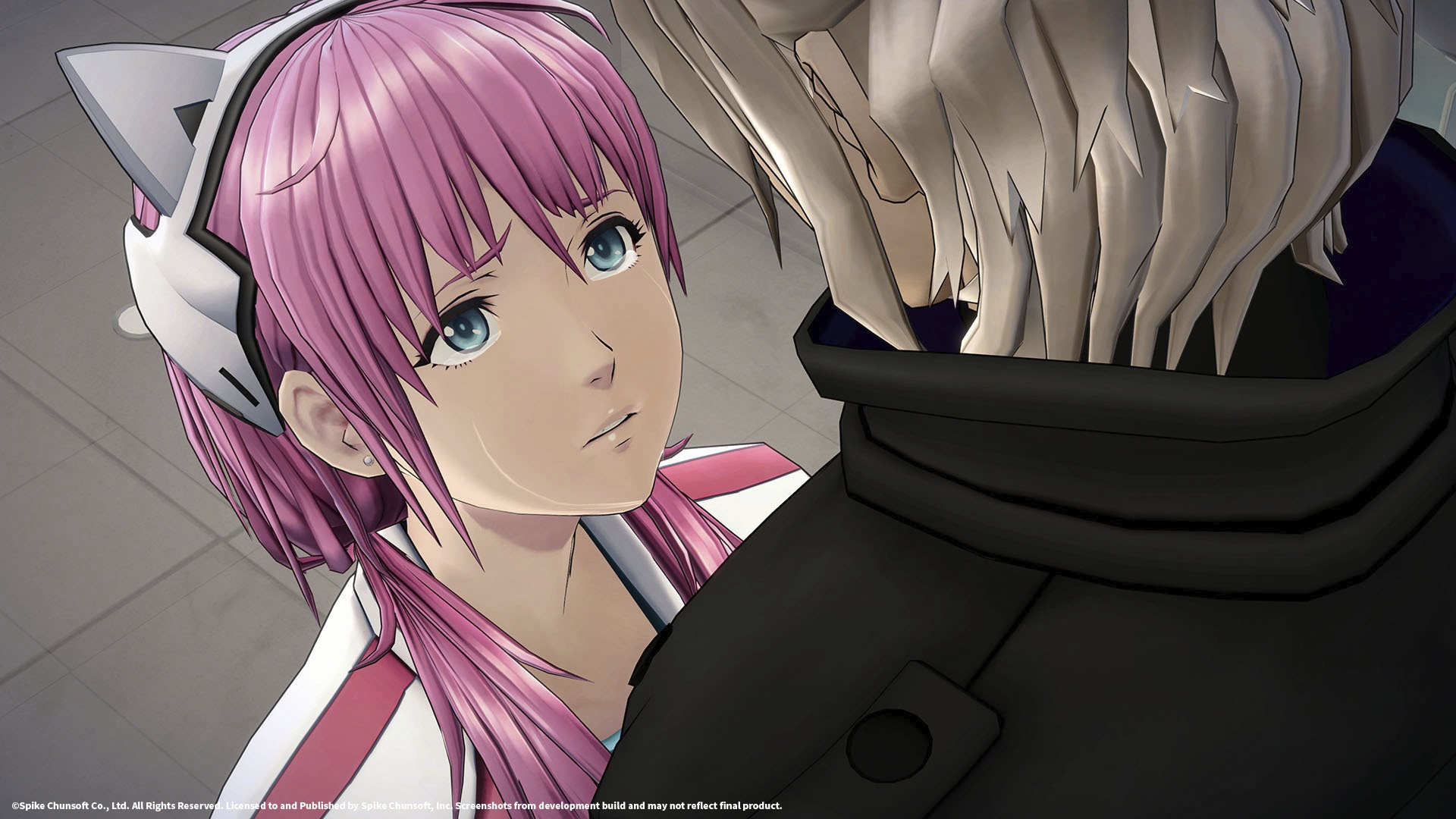 This is the setup of Spike Chunsoft’s upcoming investigative adventure game/visual novel AI: The Somnium Files. Created by Kotaro Uchikoshi (director of the Zero Escape series) and Yusuke Kozaki (No More Heroes, Fire Emblem), there is absolutely a pedigree of talent lurking behind the dark world that players must inhabit. Those that enjoyed the slick writing and interwoven tales found in other Spike Chunsoft games of this ilk, like Danganronpa, should already be prepared to snag this when it launches.

What helps this title stand apart is the focus on the psychological aspects of the characters. In order to gain fresh information, players will explore the minds of witnesses and suspects, pulling apart various neuroses and personality quirks to gain information. These sections promise different paths through, based on decisions made by the player, that could end up yielding different outcomes. In the one we were shown, the player finds a heavy birdcage filled with balloons. Spending time like a currency allows the player to lift the cage, freeing the balloons. They, along with the actual cage, then float away. It’s all very surreal, with more than a little bit of the Twin Peaks flavor to be found. 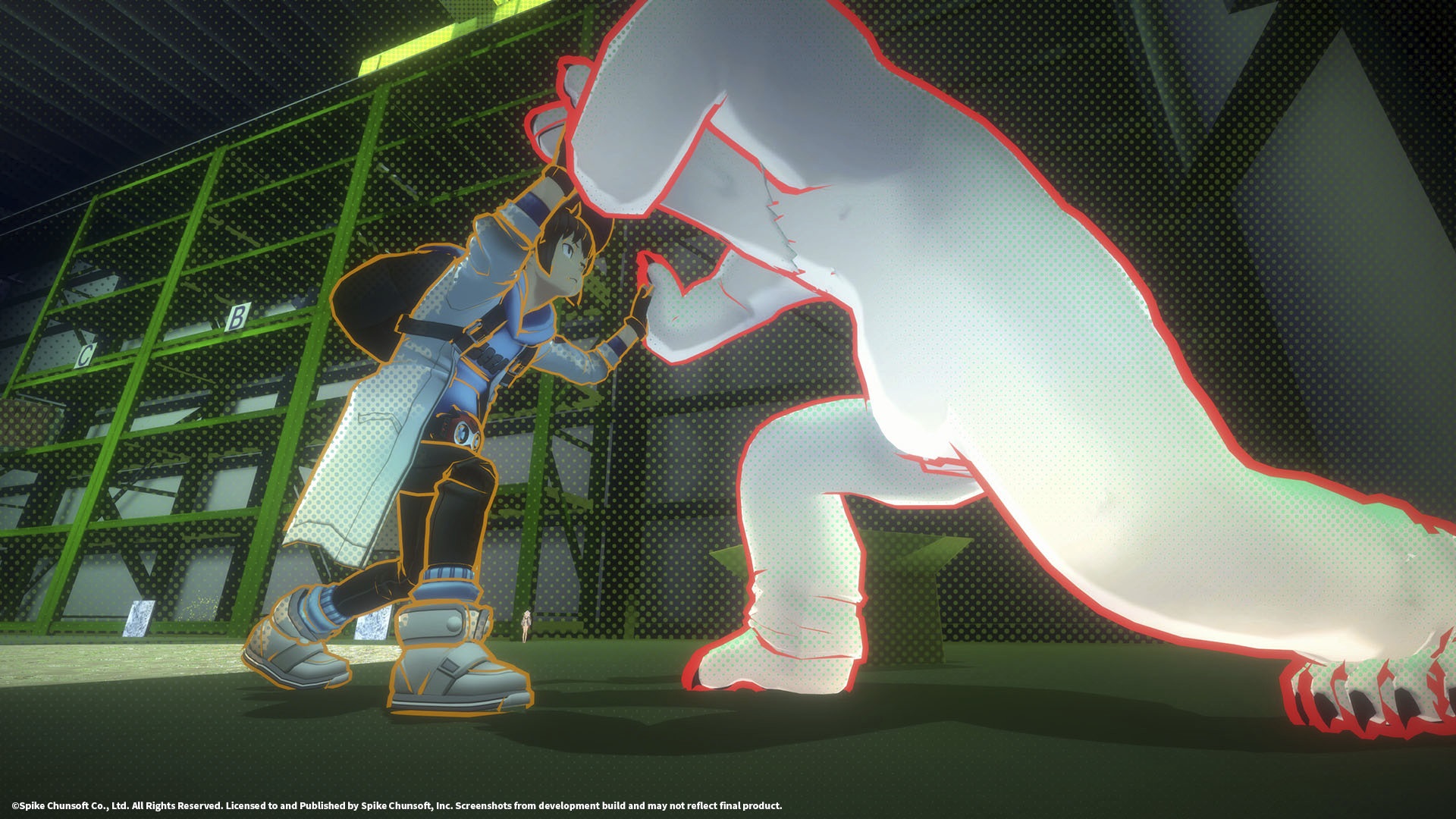 Beyond the opening and this section, though, Spike Chunsoft is being tight lipped about the contents of the adventure to be found within the package. They even skipped most of the dialogue during our brief demo. It can be reported that the layout and the investigative aspect has the feel of Danganronpa. Apparently, that description is apt, as we are promised that the tone, while dark on the surface, will also feature plenty of moments of levity to break up the dreariness, much like the bear-starring fan favorite series.

While the secretive nature of AI: The Somnium Files might frustrate the reporter in me that wants to pass on real details to the audience, the “what’s in the box” aspect of the meeting has me extremely intrigued. Here is a fresh game being made by a pair of artists that know their craft, set in a well drawn world that digs into some unique mechanics. How it plays in general, how the players will solve puzzles beyond using a mechanical enhancement and an ability to explore minds, is currently unknown. Chances are that it will be extremely cool and that’s the most important thing when sitting down for a lengthy adventure.