Strange as it seems, the real time strategy genre is seeing something of a resurgence lately. Of course, the Total War games have been around forever, but Battlefleet Gothic and Iron Harvest both look really good, too. It could be that absence makes the heart grow fonder and developers are trying to take advantage of a vacuum. Daedalic is betting that there just hasn’t been any new ideas in a while and is taking a crack at one with A Year of Rain.

Built in the Unreal engine, the title takes place in a newly-crafted fantasy world across three different factions. How they came about actually digs into a lore that feels like a melding of the fantasy of a Warcraft game with the betrayal and backbiting found in A Song of Ice and Fire. A heavy emphasis has been placed on the hero units for each faction, allowing boosts that don’t affect just the hero, but the army as a whole. 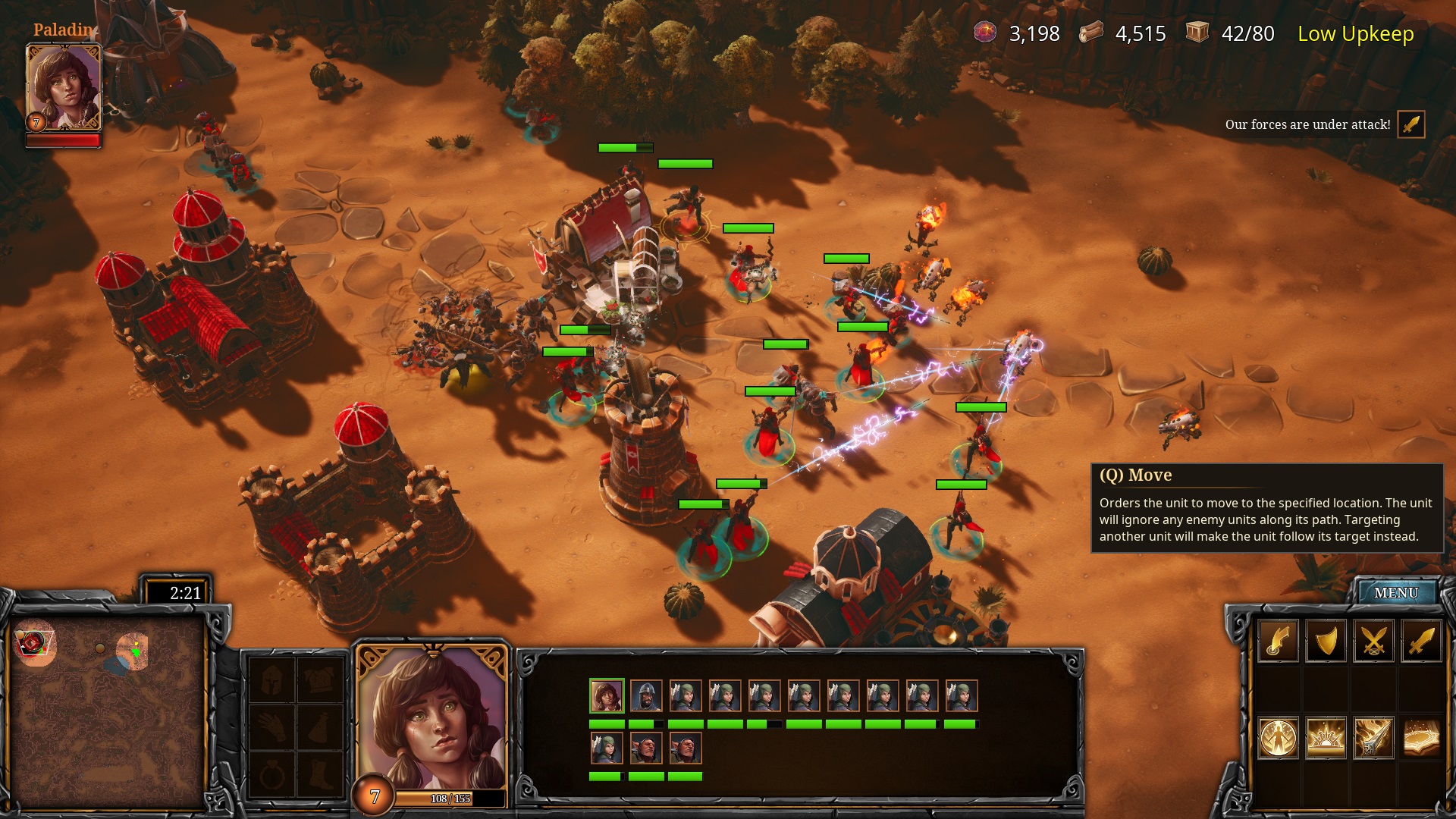 These boosts come into play with the major conceit driving the title: co-op. Each battle is designed to be met with two players on a team. Each has their own base and own resources to work with, so it’s not a good idea to be skimpy with defense and let the teammate handle it. Instead, players must communicate to select buffs that complement each other and perform pincer and flanking attacks to conquer enemy territories, all while ensuring that their own separate bases are gathering resources and pumping out improvements and new units at a steady clip.

Despite the co-operative nature of the design, Daedalic has ensured that the title can be played solo. Instead of a second player, there’s an AI. After experiencing a match in this manner, it appears that the AI is more than up to snuff. When a solo player chooses a skill that they would prefer, the AI will automatically select the best compliment to it. It was aggressive about attacking enemies without being stupid, and when I pushed a bit too far, the AI was quick to bail me out (not that I didn’t have it; I was only slightly overextended). Honestly, while the teamwork aspect of playing with another human is a draw, it’s tempting to just stick with an AI partner the first time through the campaign just to get a feel for the maps and the units. 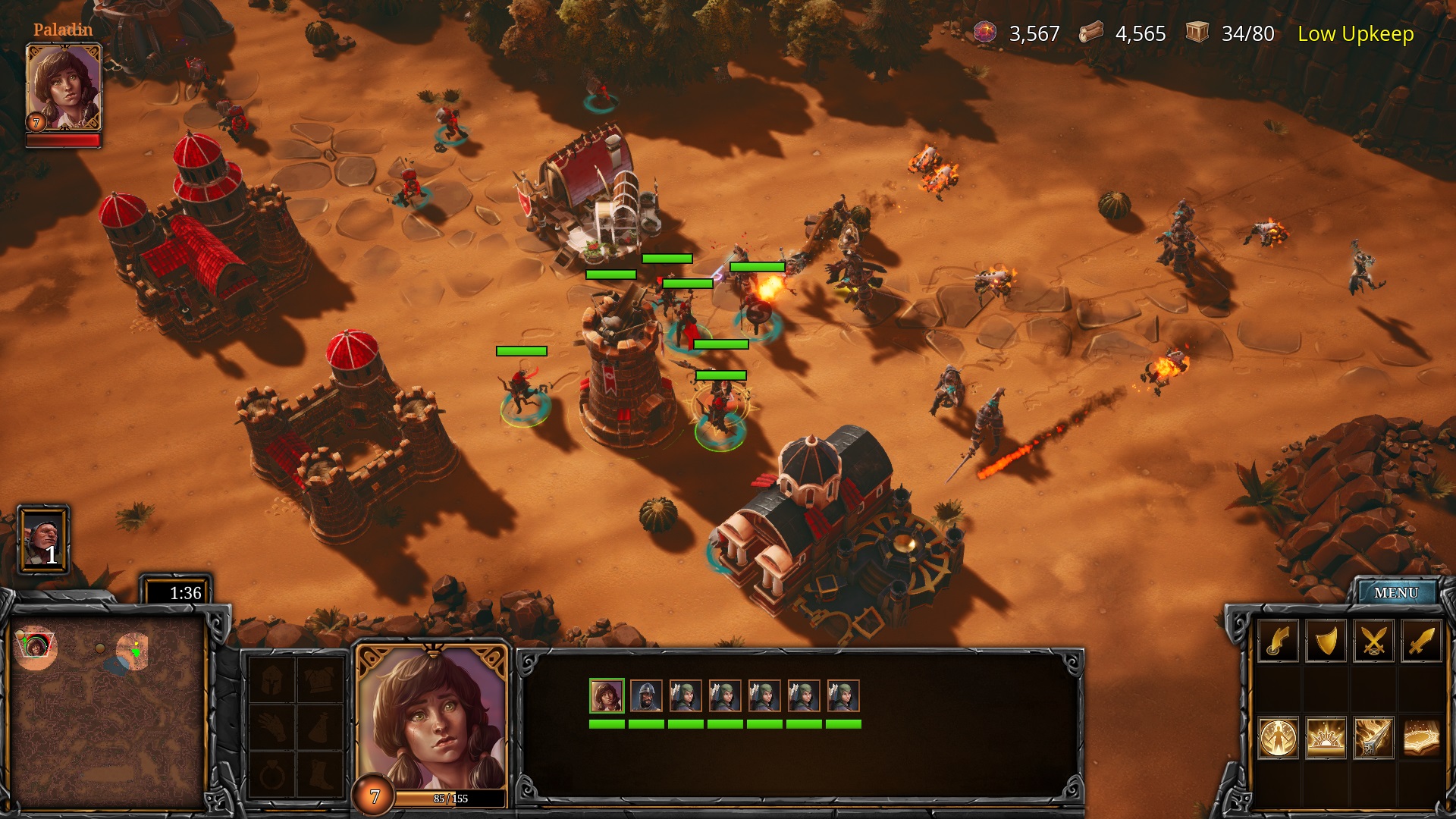 Those who want to dive in with other people right away won’t be at a severe disadvantage, though. The game uses well established fantasy RTS mechanics to great effect. Mining ore and chopping wood is second nature by now, and the buildings and their functions make sense at a glance. To further lower the barrier to entry, the developers even included a recommended build order feature so that even the freshest player can follow a checklist to stand a fighting chance. Of course, properly using those units is an entirely different matter…

One particularly intriguing feature is the Against All Odds mode. This is going to be a asymmetrical 2v2 mode, where two players each control a hero and the other two control an army with a specific eye towards squishing the heroes. Lamentably, we weren’t able to catch this one in action, but the idea sounds fantastic if it’s balanced well. 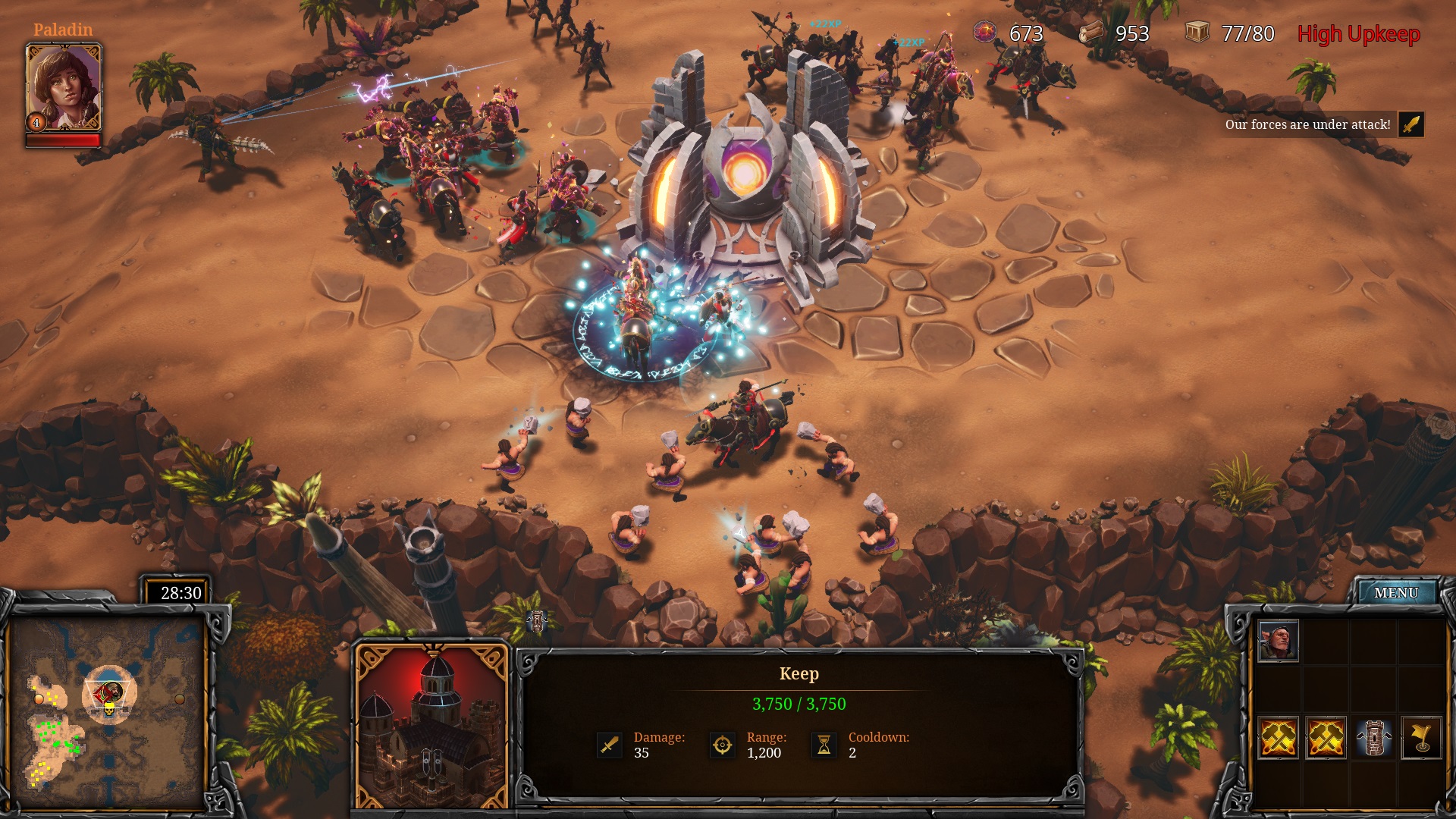 As A Year of Rain is being developed as a labor of love, there’s every reason to believe that Daedalic can pull this one off. It’s obvious that the developers are excited to work in the genre and are striving to make a fresh mark with its cooperative take on classic real time strategy. In its current form, it seems mostly polished with a heavy emphasis on a usable interface to keep players in the action and making decisions instead of click-through menus. Set to hit PCs in early access this year, the effort is certain to garner a following.