The phrase bullet hell platformer brings to mind the video game equivalent of a masochist’s paradise that would rival any playroom Christian Grey could ever dream of assembling. Both genres are known for creating games that can be brutally hard but also pleasurable to experience. Hell Is Other Demons started out as a GBJam entry where the restriction was limiting the color palette to only four colors. This resulting in a title that looks like an original Game Boy title with different color filters, but goes to prove a point that as much as we may be spoiled with cinematic 4K graphics stellar visuals are among the least important factors in creating a fun game.

Hell Is Other Demons makes no attempt to hide the influence of old school arcade titles, with Joust and Bubble Bobble oddly coming to mind during our time with this title during GDC. The playing area is the size of just a few screens and the premise couldn’t be any simpler if it tried. The player takes control of one of several different demons and tries to survive through as many waves of swarming demons as possible, trying to rack up the highest score on the leaderboard. At the end of the appointment this writer had taken the second and third place spot, though there is no doubt that this achievement was dethroned long before GDC ended. 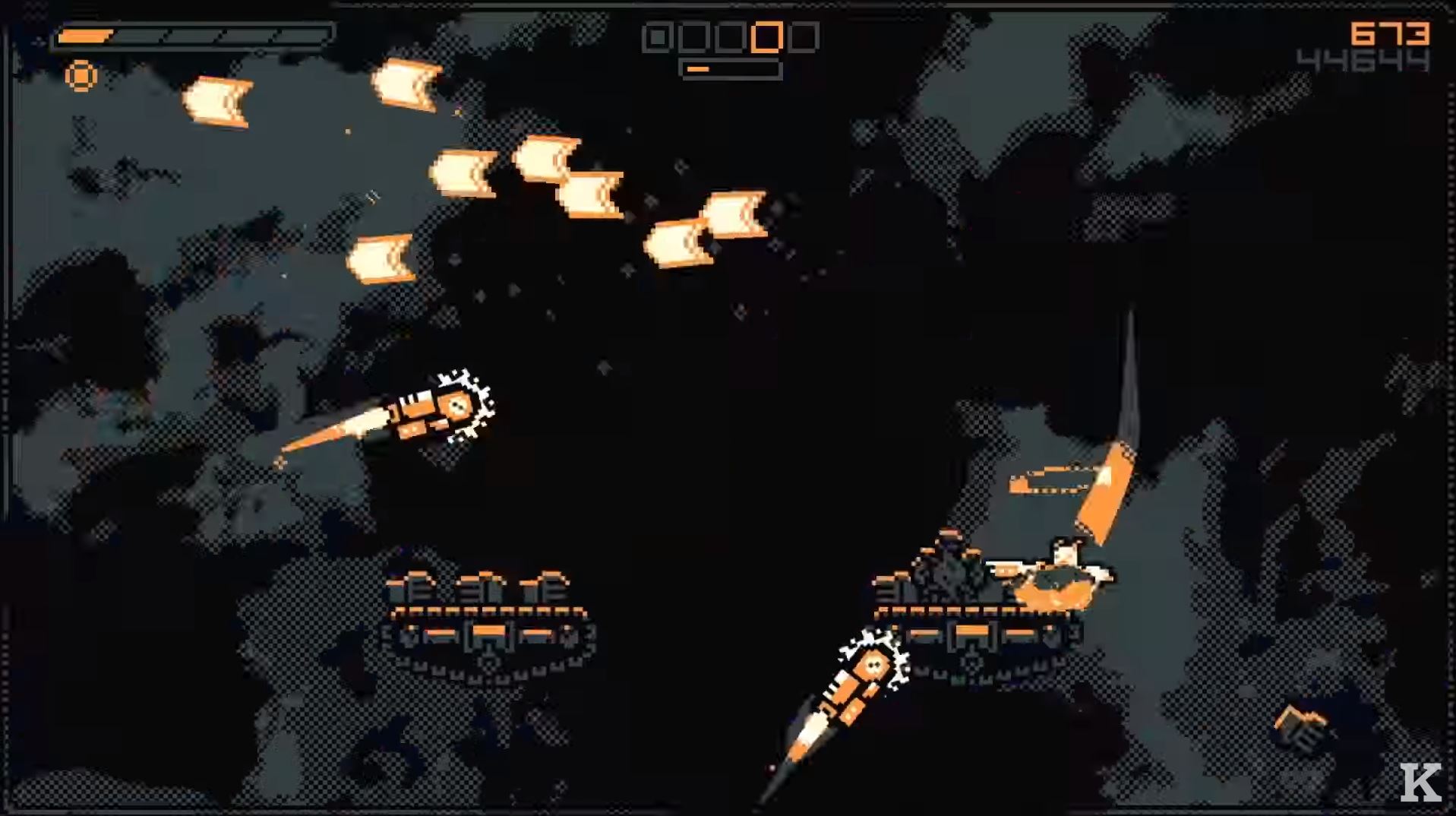 In order to keep things interesting, the levels are procedurally generated so attempting to memorize the map layout and the enemy pattern is an exercise in futility. Success in Hell Is Other Demons is based primarily on a player’s reflexes and mastery of the basic game mechanics. As the game progresses the waves of demons become more and more frantic but players who do well at avoiding damage and collecting gems can end up unlocking random bonuses after each level, such as an extended health bar or firing a laser while jumping.

After playing a couple different demons and going through a few rounds of gameplay it can be confidently stated that Hell Is Other Demons is fun as hell. The first demon we checked out had a shotgun which was pretty cool but the second demon with the sword that was swung in a 360 degree circle was personally more enjoyable. Shooting, hacking and jumping on other demons with death coming from all angles was a simple but extremely enjoyable experience. The short levels of wave based combat were easy to get sucked into, making me want to stay beyond my allotted appointment time to keep chasing after the coveted high score spot on the leaderboard. This is one title that fits the adage of easy to pick up, difficult to master.

Hell Is Other Demons is slated for an April release for Switch and PC. After spending roughly twenty minutes with it I can see that I am eager to spend more time with this one. There isn’t anything flashy to the design of Hell Is Other Demons, it’s simply a fast-paced action arcade title but it is one that is done properly and has the potential to provide countless hours of enjoyment. The modern retro soundtrack provided by The Algorithm sets the mood perfectly for going on a demon shooting spree.