Hello, and welcome to another special edition of Screenshot Saturday! PAX East is still in full swing and has one day left to go, so just like with Gamescom, PAX West, and GDC last week, we’re going to take a break from our usual format and focus on the best games from the event instead! One major difference here, though, is that unlike the previous three editions mentioned, I’m personally at PAX East myself as we speak. So instead of speculation and hands-off impressions, now I can accurately provide a list of fifteen of the best and most interesting games at the show! But how will I possibly gather all the tweets needed for Screenshot Saturday and write about them while wiped out in a hotel room, you may ask?

Simple: I’ll just write and use my own tweets!

Yes, arguably we may be cheating this week (especially since I’ll be linking to trailers as opposed to, you know, screenshots), but given the restrictions one works with while on the away team, this was arguably the best way to handle things and make sure everything gets out on time.

That said, it was still a challenge to narrow the list down to fifteen games. It meant omitting some choice titles like Close to the Sun and Star Renegades, and I also had to omit titles featured in last week’s GDC edition like Dicey Dungeons, Ghost Giant, Hell is Other Demons, Mutazione, and Void Bastards that are here as well. And I couldn’t include any game at the show I haven’t played yet, thus guaranteeing I’ll come across some ridiculously awesome game during the final day.

Oh, and I also couldn’t include that one super-secret, still-unannounced game that was shown behind closed doors. But boy oh boy, would it have easily made this list if I could! But alas, it still remains a secret for now, one whose existence surely won’t antagonize anyone who doesn’t know anything about it…

But enough talk already!! On with the fifteen best games at PAX East 2019!! Enjoy, and make sure to check them out during the final day if you haven’t already!

EDIT: Okay, as it turns out, having fifteen tweets all with embedded YouTube videos sort of causes technical issues, like errors that cause the page to not appear for some people. And even regular tweets were causing errors. So after having to spend an additional three hours on this, now we’re just going to have regular screenshots for this edition, no tweets, with hyperlinks to the trailers that were featured, and some descriptions. We have no idea what the freaking issue is, but we’re sorry. To make up for this, the list has been extended to twenty games. Oh, and for the record, there was no game I played during the final day that could unseat these, but a couple came close. Now, on with the show! 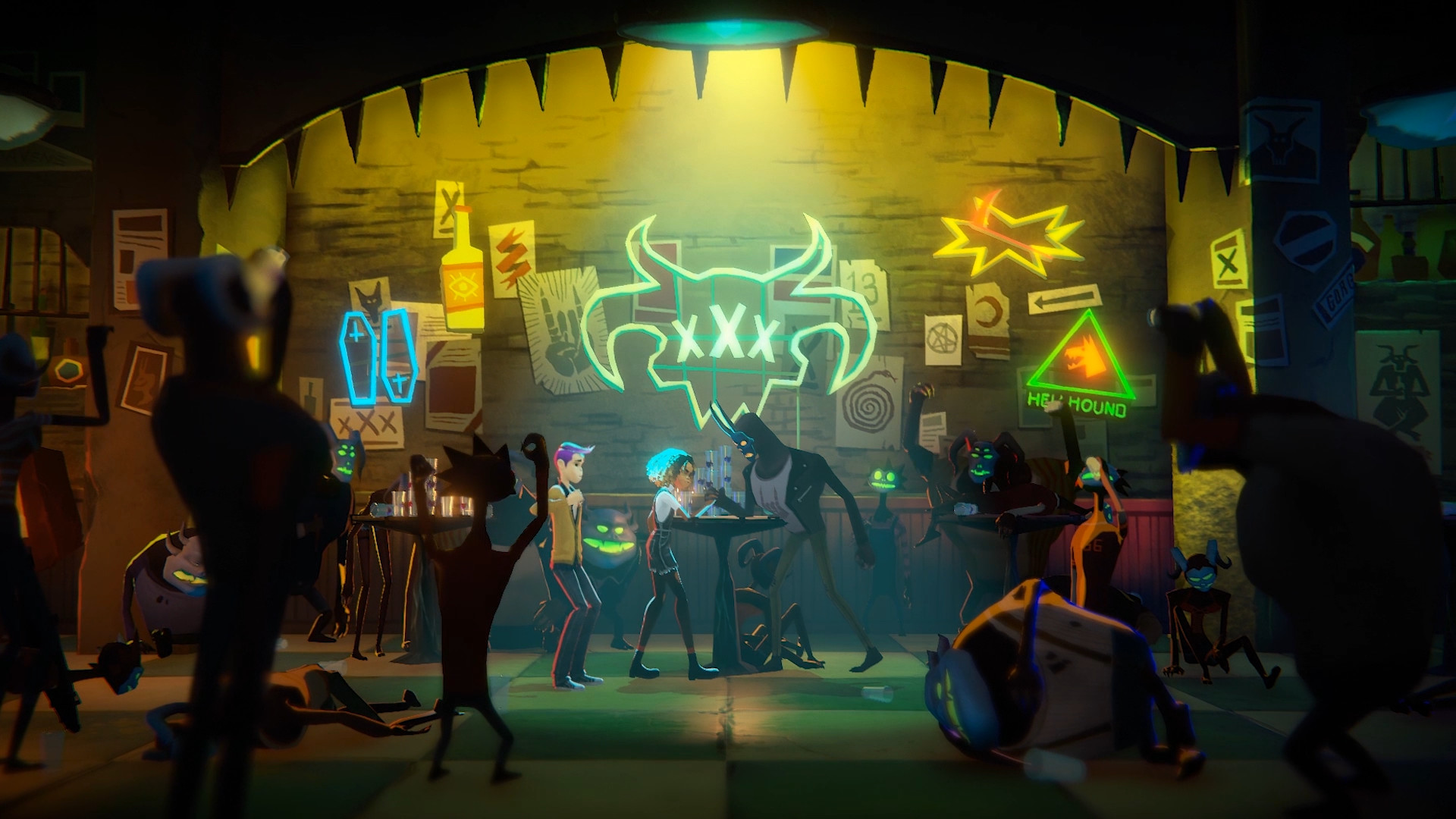 Afterparty- A terrific follow-up to Oxenfree with a great sense of humor, sharp writing, a nice twist on dialogue systems, and an eye-catching style! Plus, you can’t say no to any game where the goal is to drink your way out of Hell! 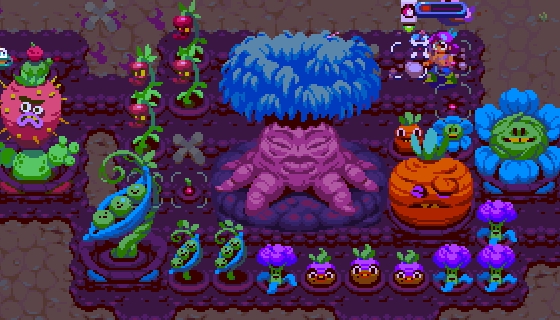 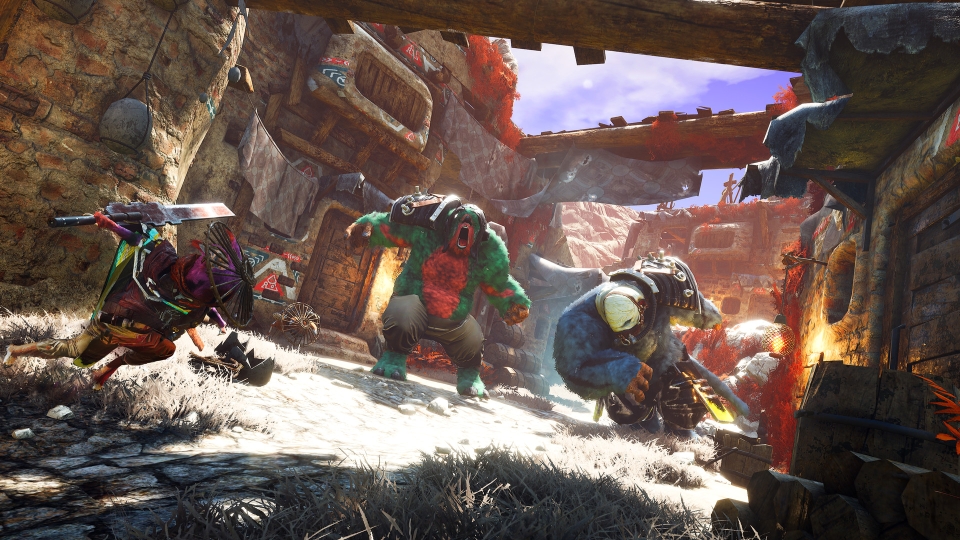 Biomutant- The new demo suggests an even more tantalizing open world, where you explore various ruins with ass-kicking critters that you customize while utilizing insanely fun combat, and where you can kill a behemoth beast by making them vomit you up! 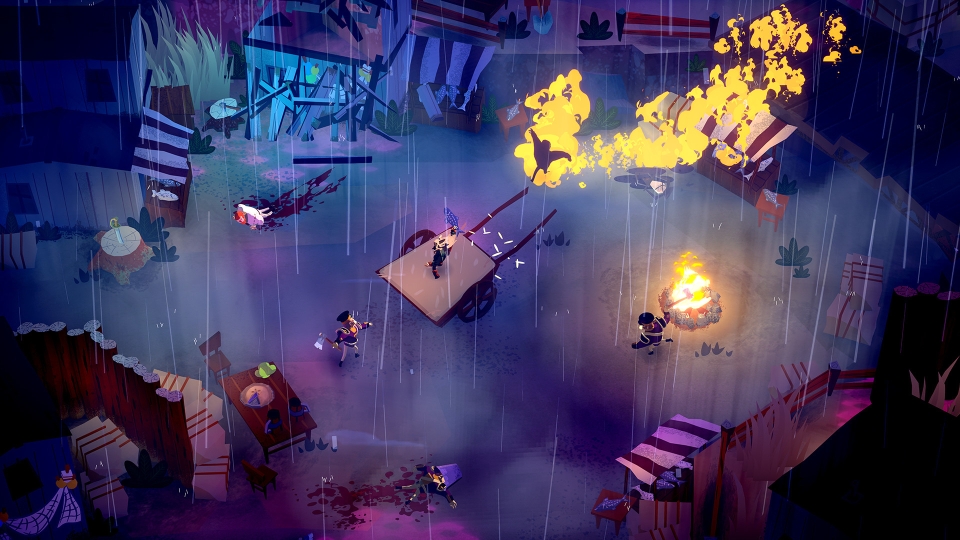 Bloodroots- An outstanding and fast-paced top-down action game where axes and fish are both equally lethal weapons! It truly makes the most of its Weird West setting, and looks and plays like a chaotic dream! And an addictive dream at that! 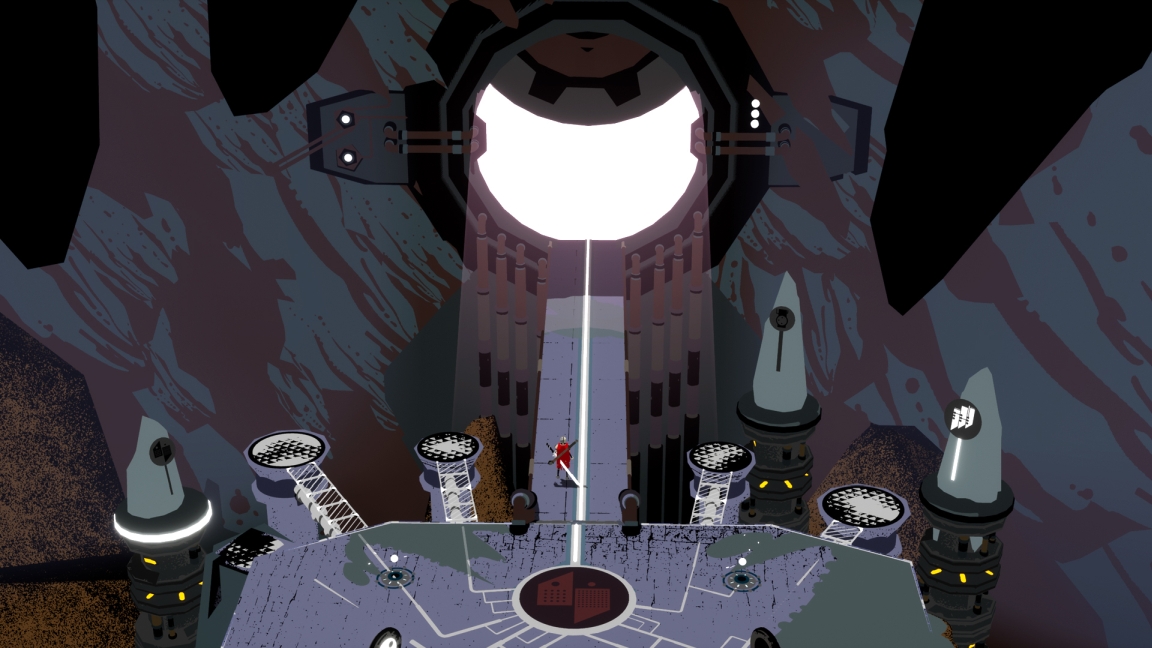 Creature in the Well- Easily one of the most creative gaming hybrids out there, mixing together pinball and hack-and-slash dungeon crawlers with a twist of Mike Mignola to create an intriguing and action-packed blend! 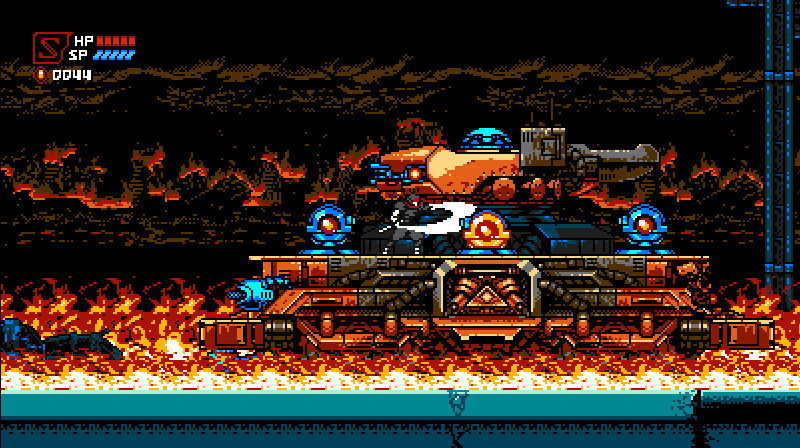 Cyber Shadow- A dead-on perfect throwback to early ’90s Natsume NES action games and the like! Simple, yet amazingly fun and full of great combat and a nice crop of secrets to uncover with new abilities! 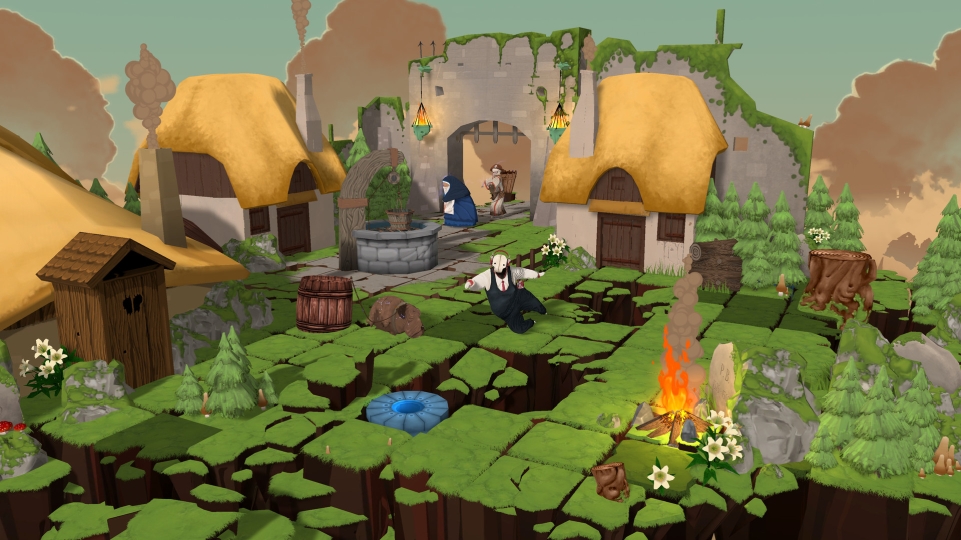 Felix the Reaper- Another great example of a simple yet elegant puzzler, this romantic tale of a dancing reaper setting up Rube Goldberg-style kills to woo the love of their life is still an absolute treat! 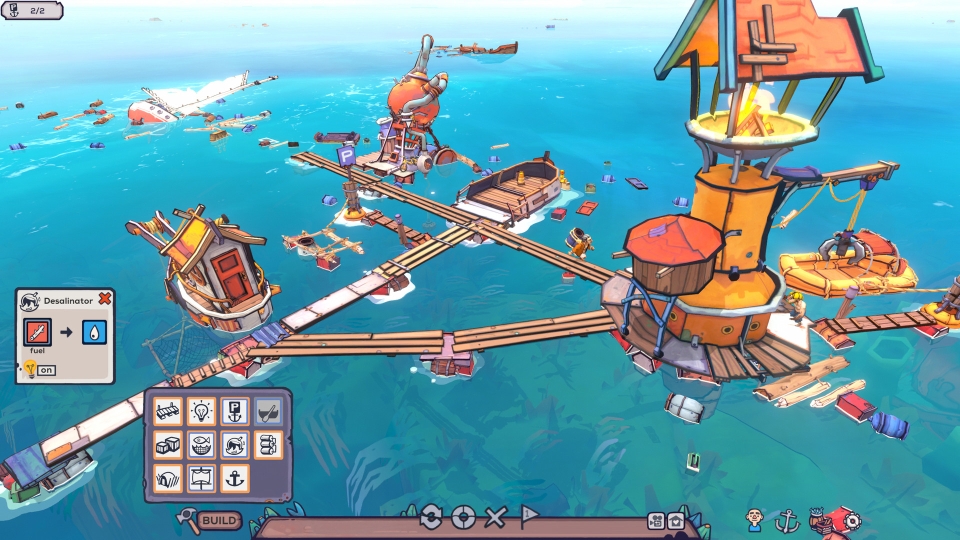 Flotsam- A unique take on city-building simulators, basically allowing you to craft a version of Waterworld that’s actually enjoyable! It has a few unique twists, is simple to play, and can easily suck you in! 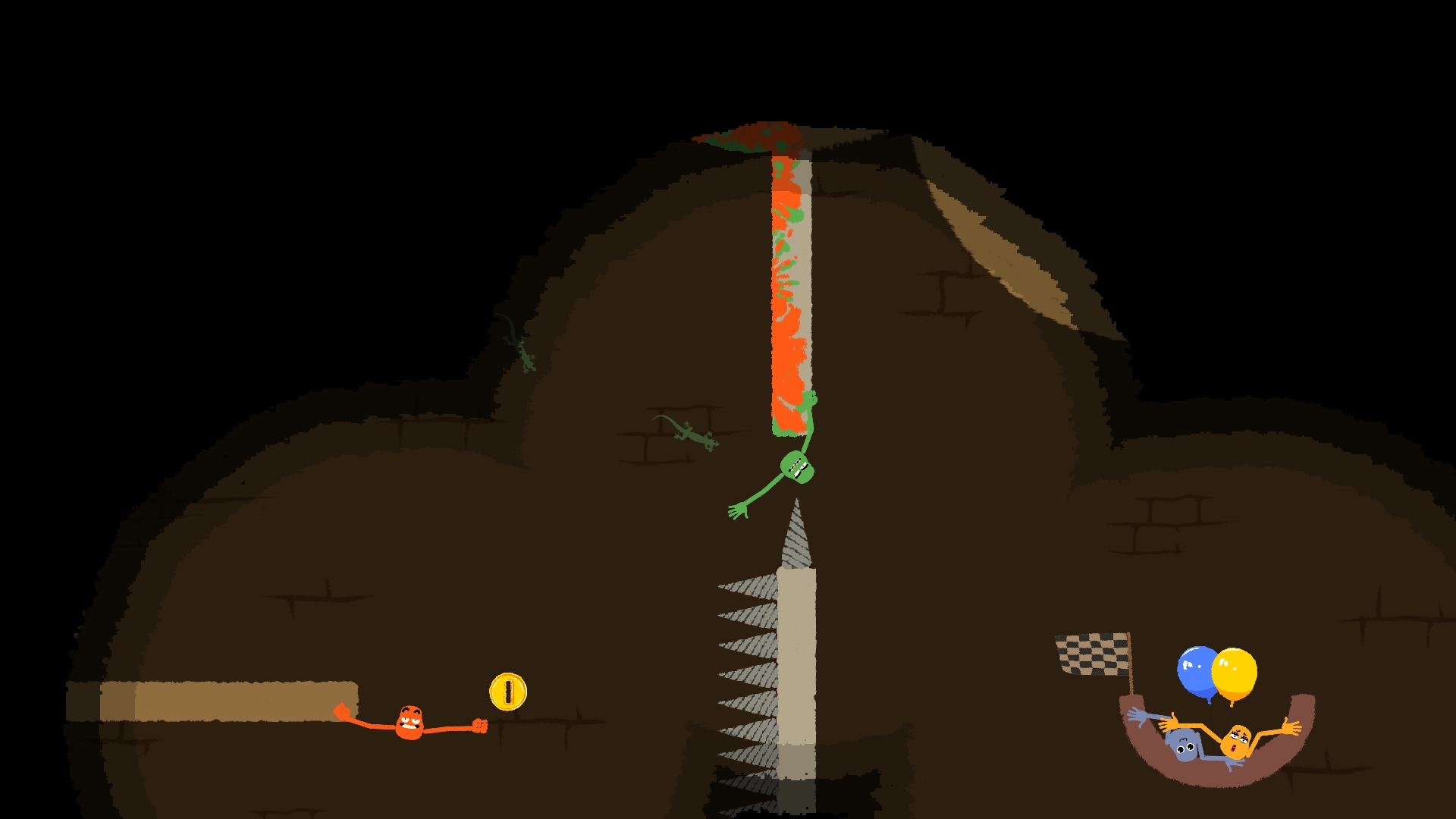 Heave Ho- A delightfully quirky climbing game with simple controls and a nice challenge, utilizing physics to great effect! Not to mention a cute and slightly twisted sense of humor, and some spectacular couch co-op action! 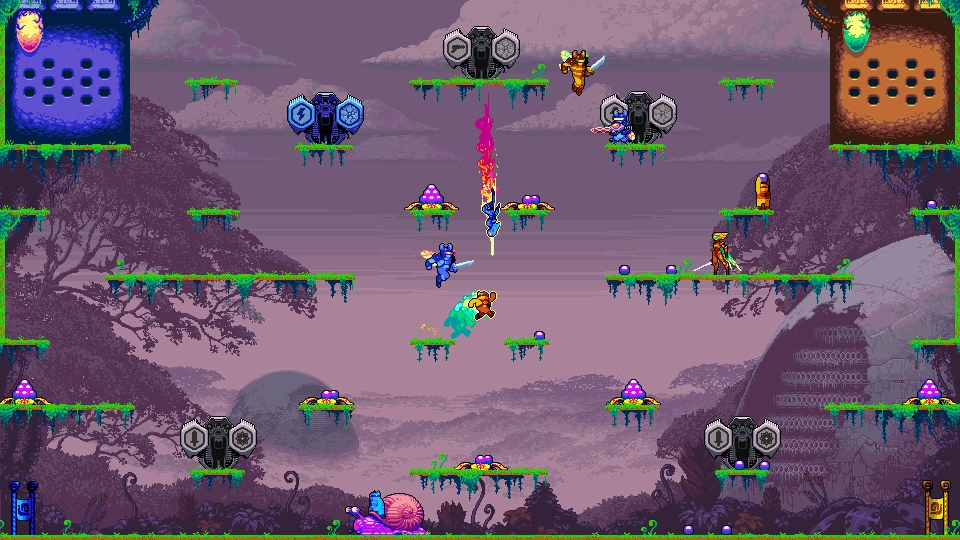 Killer Queen Black- Co-op arcade action that would make the likes of Joust proud. Simple to play, tricky to master, fun to look at, and addictive as all hell. Plus, it’s one of the only games where a successful snail ride can result in victory. 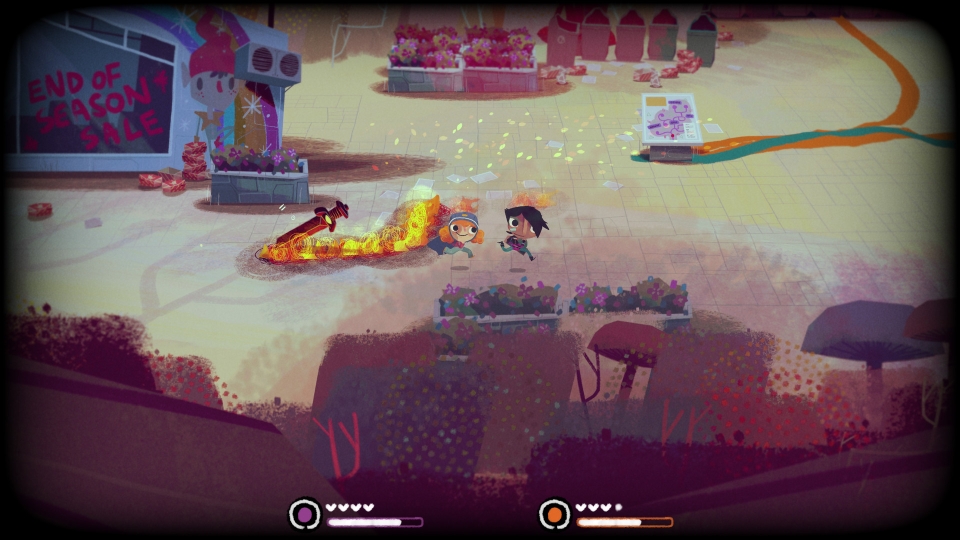 Knights and Bikes- Even when showcasing its earlier area, this childhood trip through 1980s England is an absolutely charming delight! Even a simple journey through a mini-golf course result in an attractive and imaginative journey here! 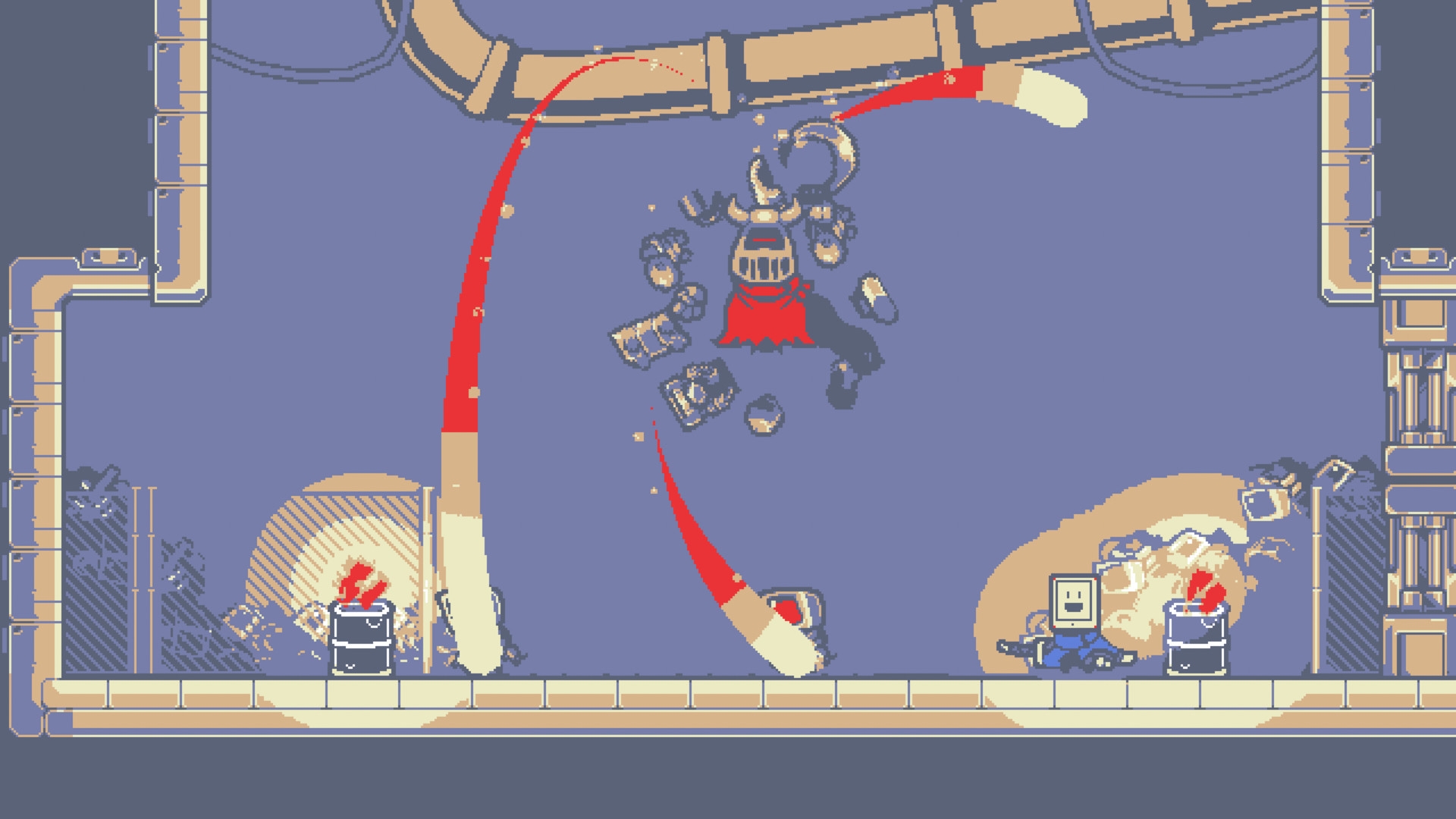 Kunai- It’s a metroidvania game with a ton of personality that really makes the most out of its grappling mechanics! Throw in some great combat and an adorable and expressive main character, and you have something to watch out for! 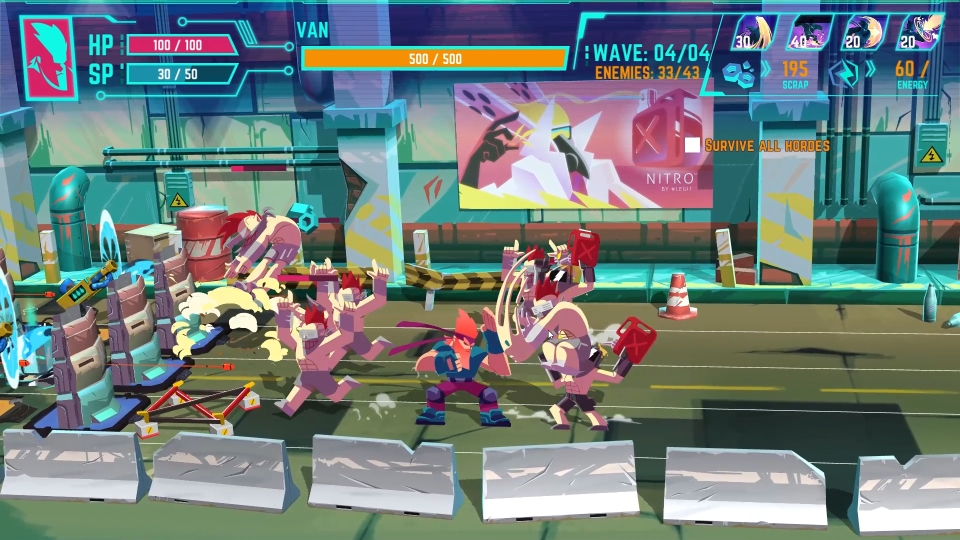 The Last Friend- A mix of tower defense and beat-’em-up games that nicely blends together elements from both into one package! A package that just happens to involve you beating up post-apocalyptic punks in order to protect a dog shelter! 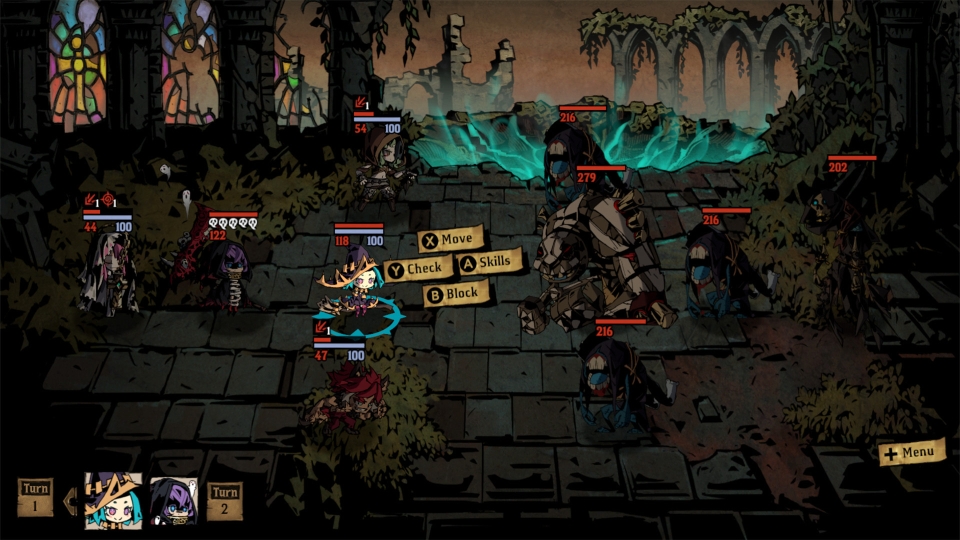 Mistover: One of the surprise hits of PAX East, this dungeon crawler easily won people over thanks to an attractive style and some deep and highly enjoyable turn-based combat! Definitely something to keep on your radar! 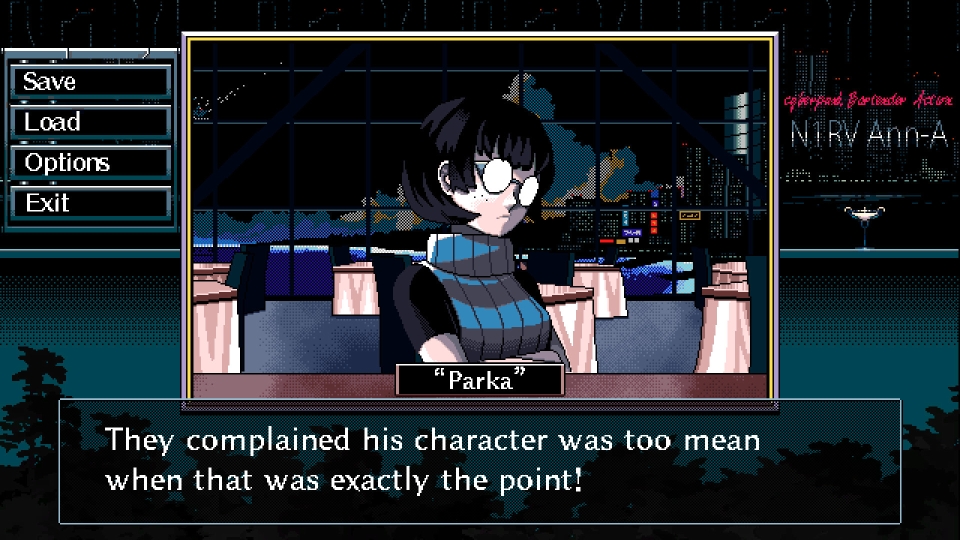 N1RV Ann-A- Cyberpunk waifu bartending returns, this time with a snazzy 16-bit upgrade! The writing’s still just as good, though, featuring more customers with interesting stories and several new drinks to experiment with! 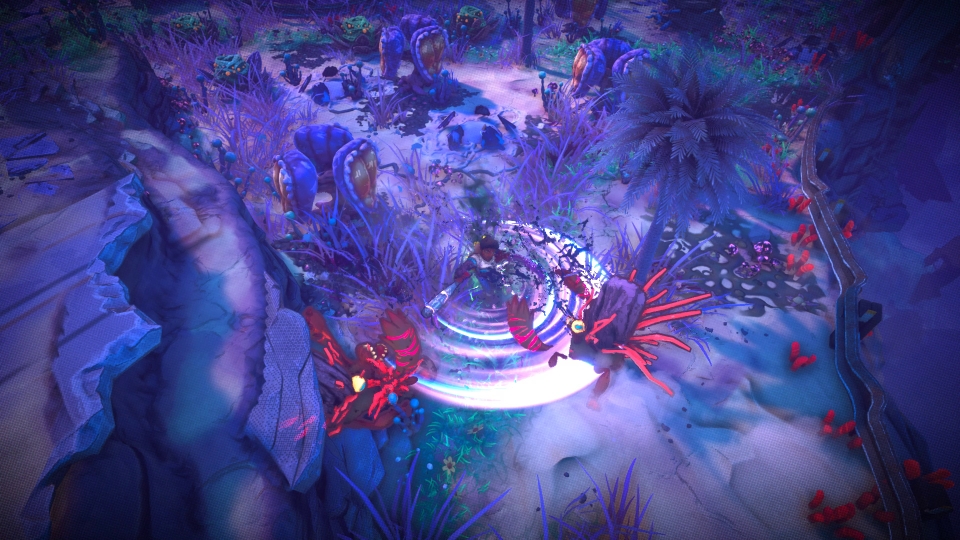 RAD- Not the classic BMX movie, but just as ’80s-fueled, if not more so! Simple yet fun top-down roguelike action with impressive graphics and several game-changing mutations to discover! Collecting cassette tapes has never been more fun! 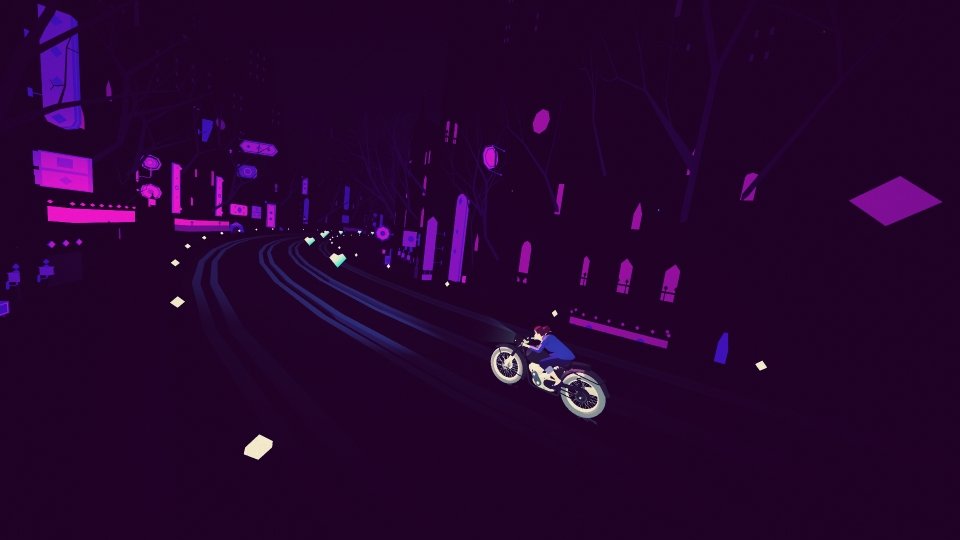 Sayanora Wild Hearts- Perfectly blending together runners and rhythm game action, this virtual pop album is a unique and colorful blast that certainly appears to have a clever story lurking alongside the catchy tunes! 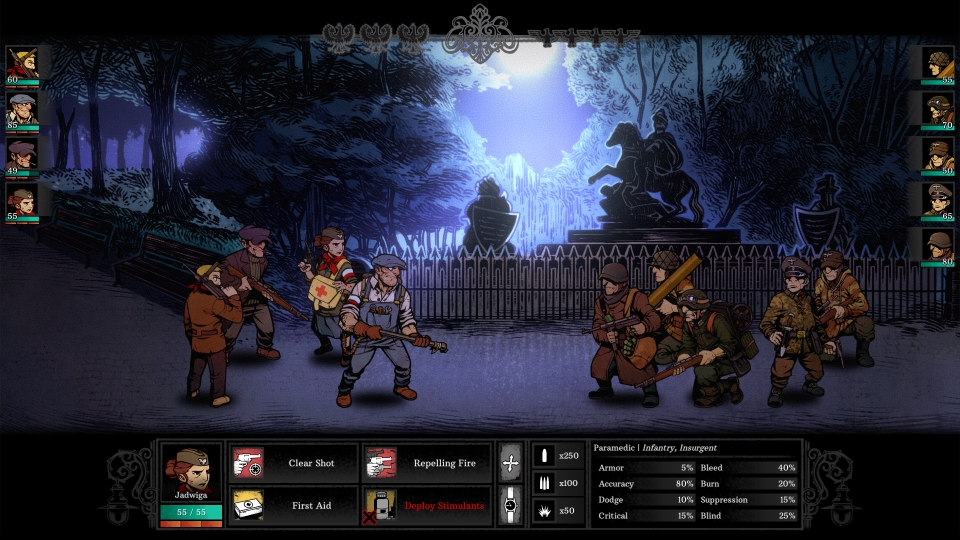 WARSAW- World War II gets the Darkest Dungeon treatment! A nice and deep RPG with an impressive style and superb combat, it’s a gritty and engaging trip through Poland that’s definitely worth checking out. 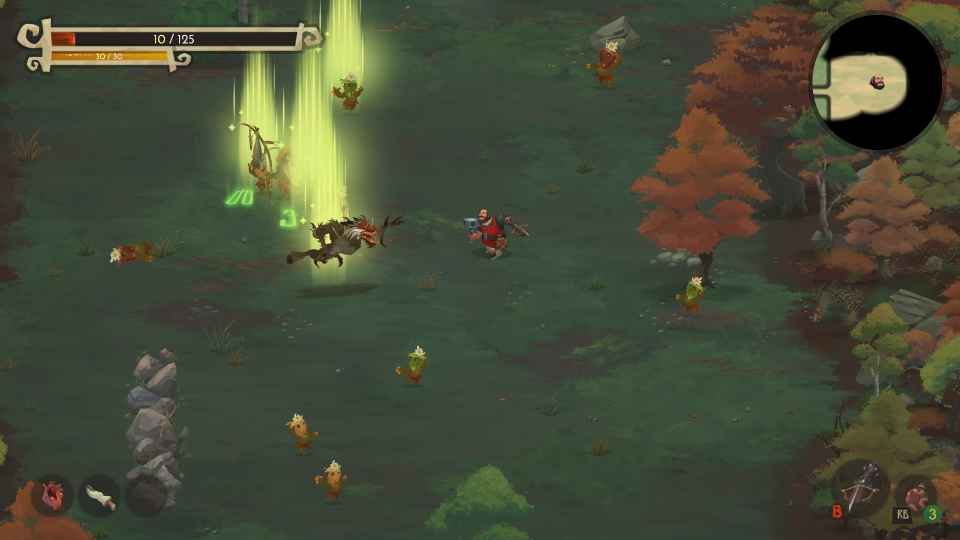 Yaga- The Binding of Isaac meets Slavic mythology in this engaging action RPG with a deep emphasis on branching narratives and choices! Plus, you can also craft hammers and other weapons with fun elemental effects that would make Thor blush! 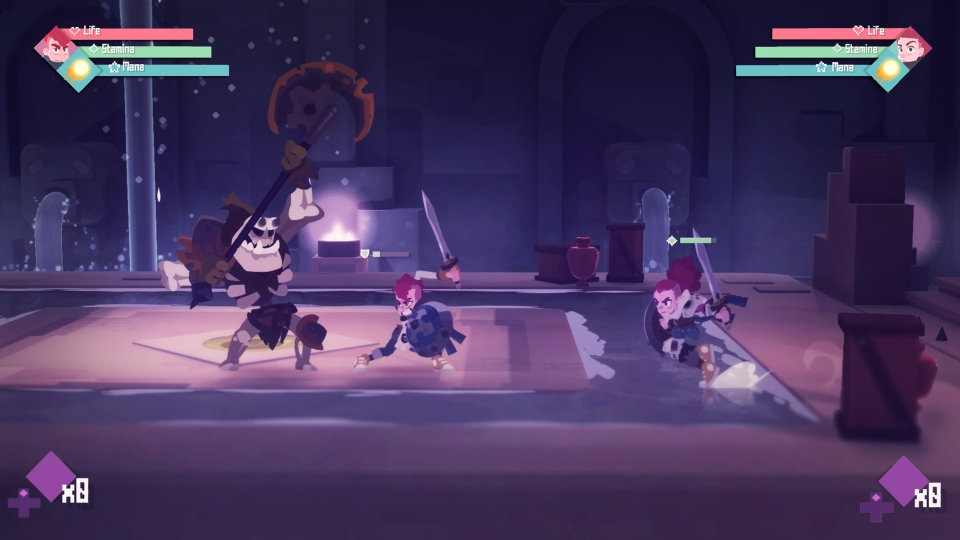 Young Souls- It’s a blend of classic beat-’em-up gameplay and RPG elements with an intriguing premise and style that nicely mixes together 2D & 3D! Fun combat, cool characters & story, & you get to wail on monsters while wearing ninja gear! What more do you need?