People don’t last forever, but the body all too often keeps ticking away long after the mind has stripped its gears.  For some people memory only gets a bit fuzzy but for too many others the person they once were is just gone, buried under layers of dementia with maybe a good day here and there to remind the family of what it’s losing.  This intro is getting depressing as hell and only getting darker if it keeps on in the logical direction, so just take it as a given that the loss of self due to age-related mental deterioration is a major part of Zed and let’s go elsewhere from here.

Zed is a first-person adventure with a few puzzles scattered about, featuring an artist trying to keep himself together long enough to leave one last creation to his soon-to-be-born granddaughter.  His life is basically over but maybe, if he can work his way through his memories, he can finish the task necessary to bring it to Completion rather than a less-fulfilling End.  In order to do this he’ll need to walk through his memories, sometimes in places that are straight from life while other environments are influenced by his art.  As he moves from one memory to the next voices filter through, sometimes providing information on details such as how memory works while at other times being bits of overheard conversations or details related to the memory he’s exploring.  Each area is unique, filled with information about the artist’s past, but you’ll need to explore it thoroughly to learn how all the memories fit together. 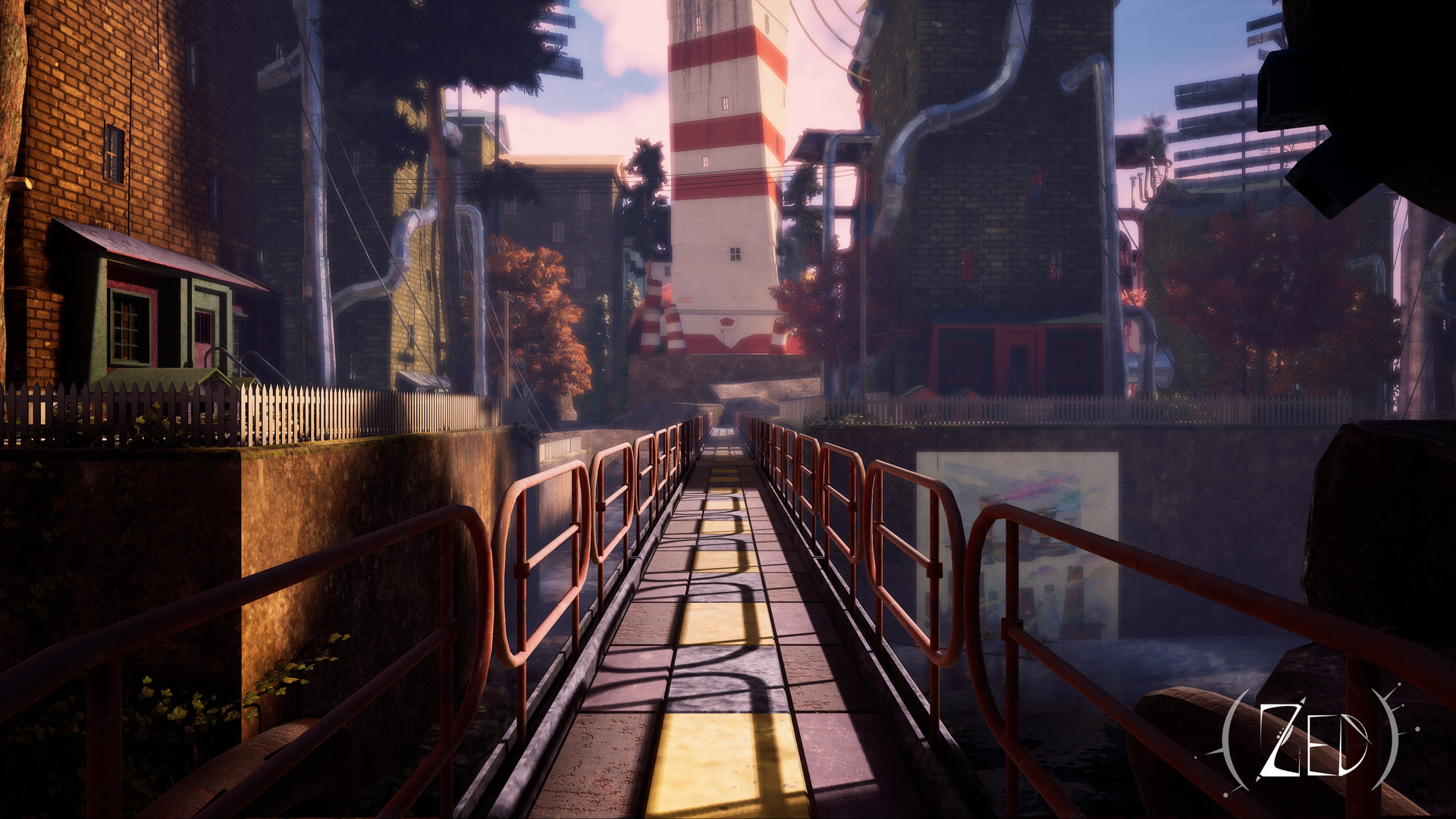 While Zed will have a few puzzles it’s primarily a narrative adventure and my time with the PAX East version only had a couple of simple tasks to sort out in order to keep moving forward.  Zed is being published by Cyan, and created by one of the developers of the original Myst, but you should set your expectations to Gone Home with surreal bits rather than a full-on puzzle fest.  The emotional punch of putting a fading mind back together is more important than getting stuck figuring out the right buttons to push on arcane machinery, but there are still narrative mysteries to uncover such as figuring out what Zed actually is.  It’s different in every memory, changing over the artist’s life, and the cartoon spy-moose of his younger days doesn’t seem like it will have too much connection to the modern art he created in his later years.

What I took from Zed in my demo time was a story of fighting against an inevitable loss, set in environments ranging from mundane to modern-art fantasy.  One section was a room made of doors painted in primary colors while another was an apartment in shades of grey.  While Zed is playable in VR, and the needs of supporting VR influenced the types of areas you’ll be exploring, I played in standard first-person on a regular monitor and it was still an engaging experience.  It’s almost impossible not to react to a scenario with this level of emotional strength, and once you’ve started there’s no turning away.  It may take a massive effort, but maybe if he can sort his mind one last time, the artist can create a final personal work for his granddaughter before his light goes dim forever.