GamesAid’s charity work received a major boost after Green Man Gaming today announced that it had raised over £30,000 for GamesAid.

The British-based online retailer, which was founded in 2009 and launched in 2010, presented the UK charity with a check for £30,163.33 at the London Games Festival.

Green Man Gaming raised the funds thanks to its ‘GamesAid 50’ bundle, which was launched in August last year in collaboration with GamesAid. 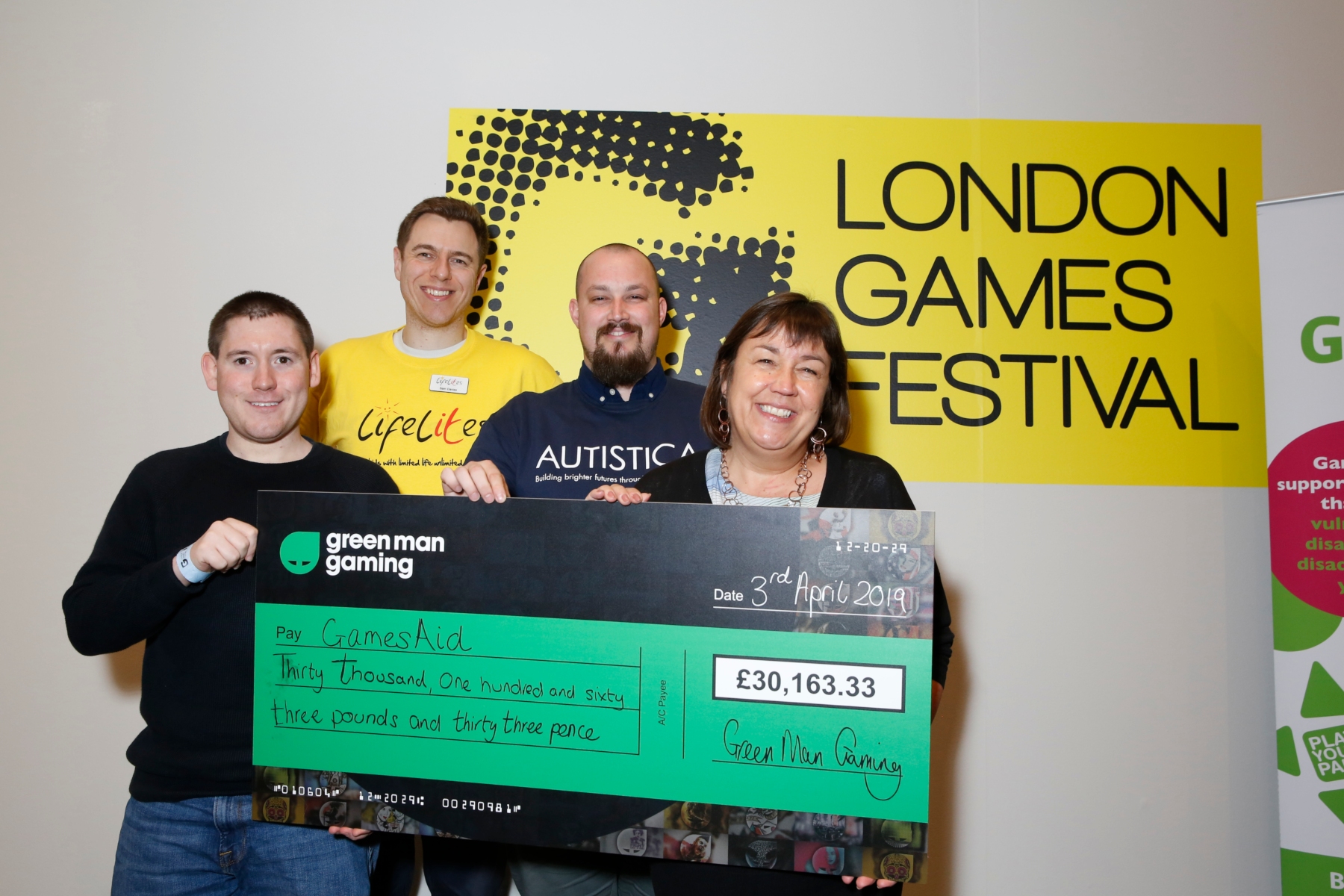 The eCommerce business partnered with eighteen publishers for the initiative, which included the likes of Konami, Warner Bros. Interactive Entertainment, Bethesda Softworks, Codemasters and Team17.

GamesAid 50, which featured fifty titles and all of its proceeds went directly to GamesAid, included critically acclaimed titles like Metal Gear Solid V: The Phantom Pain and Batman: Arkham Knight.

“We’re so delighted to have presented a check for such a large amount to GamesAid during the London Games Festival this week,” says Paul Sulyok, the CEO and founder of Green Man Gaming.

“We’d like to thank all of the publishers that partnered with us for this bundle and to our customers [who] purchased the charity bundle that helped [raise] a fantastic amount for such a good cause.

“This charity bundle was our first collaboration with GamesAid, with more to come in the near future, so watch this space.”