If the average student or employee was to be polled on what their favorite part of the day is, there’s a high likelihood that the daily highlight would be going home. Even if they enjoy their daytime occupation, there’s something satisfying about returning home. The journey can be a time to relax and decompress, and let the stress from the day leave your conscious before a night of relaxation. This is not the case with Unto the End, a cinematic adventure game chronicling a father’s journey on a quest for vengeance though an unforgiving wilderness, filled with threats from the environment and other living beings.

The genesis of Unto the End is a brief but interesting tale. Unto the End was the project of the husband and wife team at 2-Ton Studios. The inspiration for this title came from their numerous trips to exotic locations. All of this makes sense for the story since traveling to new locations does have a certain sense of adventure, but the return is always something that is looked forward to, though some trips it comes too soon. I just hope for the developers’ sake they had a more peaceful journey home. 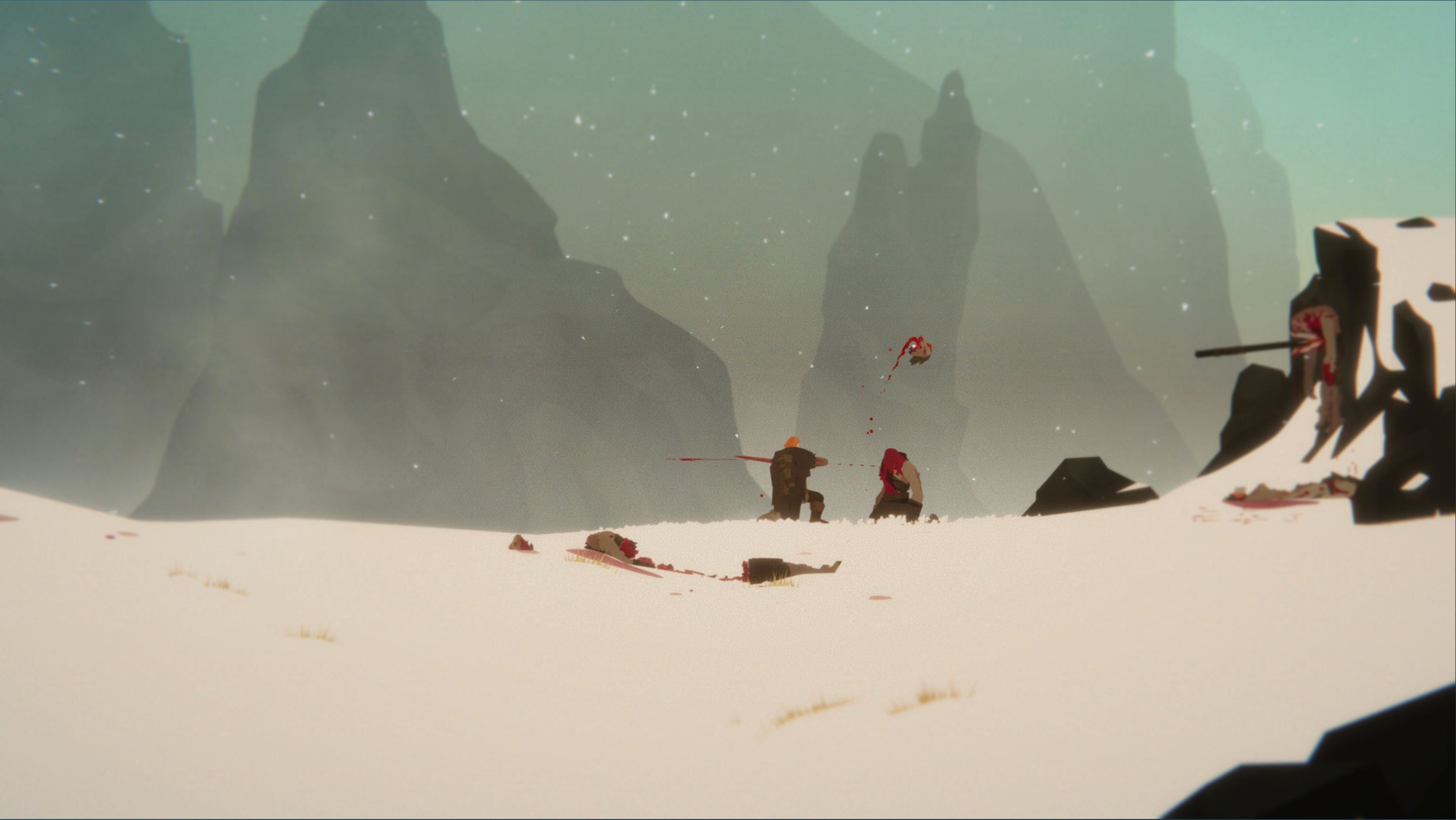 The encounters in Unto the End are designed to be more nuanced and relevant to the story. Across the multiple stages the protagonist will encounter unique enemies to that area, each of them with their own back stories and motivations. The player will be able to craft equipment that can be used to effect these outcomes, but not in the traditional way we’re used to seeing in action adventure games. An example of this that was discussed is the crafting of a horned helmet. Wearing this will not do anything to reduce damage suffered in combat, but can be used to intimidate enemies. This can allow the player to bypass an area peacefully or draw out the enemy leader for a confrontation.

Button mashing is the quickest way to find defeat in Unto the End. In order to be triumphant in combat the player will need to read and react to the enemy’s actions. Watching their behavior, studying their timing and learning patterns of attack are crucial for survival. Simple memorization of behaviors won’t be sufficient, however, since AI will be trained on how you play so mixing it up is crucial. This approach to battle was influenced by the counter attack timing mechanic in the NES class game Punch-Out!! Another nod to games from the school of old is how this title handles missile weapons such as daggers axes. These weapons may be used, but like classic beat ’em ups like Double Dragon, if they miss their target the player will need to manually retrieve them. 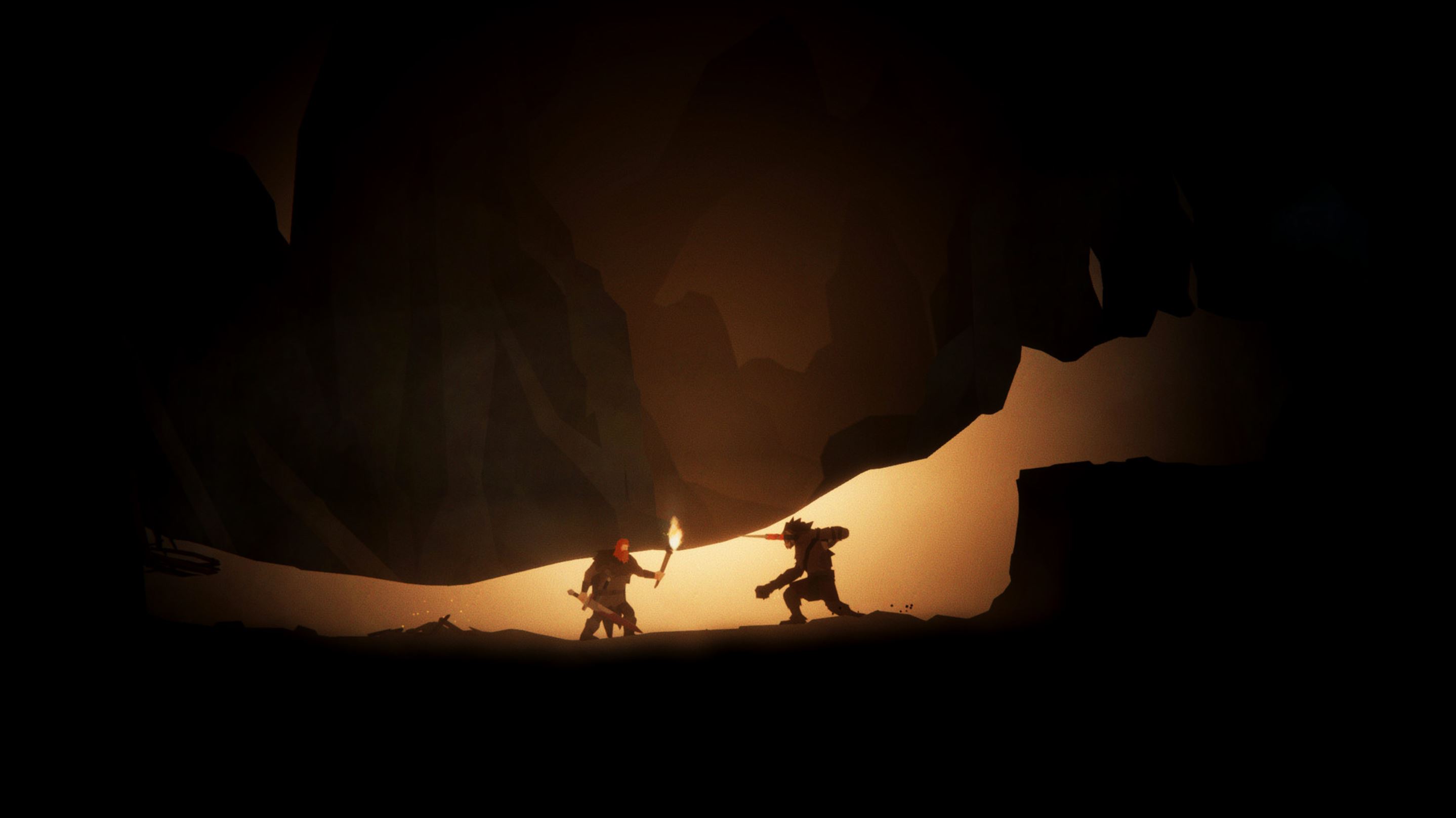 Unto the End is shooting for a TBD 2019 release for PlayStation 4, Xbox One, Nintendo Switch, Microsoft Windows and Macintosh operating systems. The mix of retro game mechanics with modern AI looks like this can be a fun and challenging title for gamers across all generations. Unto the End will force the player to rely on skill at reading their opponent, as every enemy they encounter will be on equal footing as them, but also allow them to make choices in how they handle each encounter. Modern twists on classic formulas have had varying degrees of success, but this one shows a lot of potential.