Shedding tears is something many of us are not comfortable doing for an audience. Many view crying as a sign of weakness but, there’s also a case to made where being unafraid to express and recognize emotions is a sign of strength and that crying can have a cathartic effect. The upcoming action RPG Crystar aligns itself more with the latter viewpoint, though it has a much more literal interpretation of crying correlating with strength.

Crystar is an action RPG that takes place in the afterlife. Rei and her sister Mirai are dragged into Purgatory, and since Purgatory isn’t the most desirable place to be, they try to leave. During the exit attempt the two sisters are attacked by demons, which Rei is able to defeat by tapping into some hidden power for the first time. Not knowing the extent of the strength of her abilities or how to control it, Rei tragically inadvertently kills Mirai. Taking advantage of her state of duress, some demons strike a deal with Rei. They promise if she hunts the wandering souls in purgatory and offers them the tears of her suffering, they will bring Mirai back to life. Seeing no other choice, Rei accepts and her journey as an Executor begins. 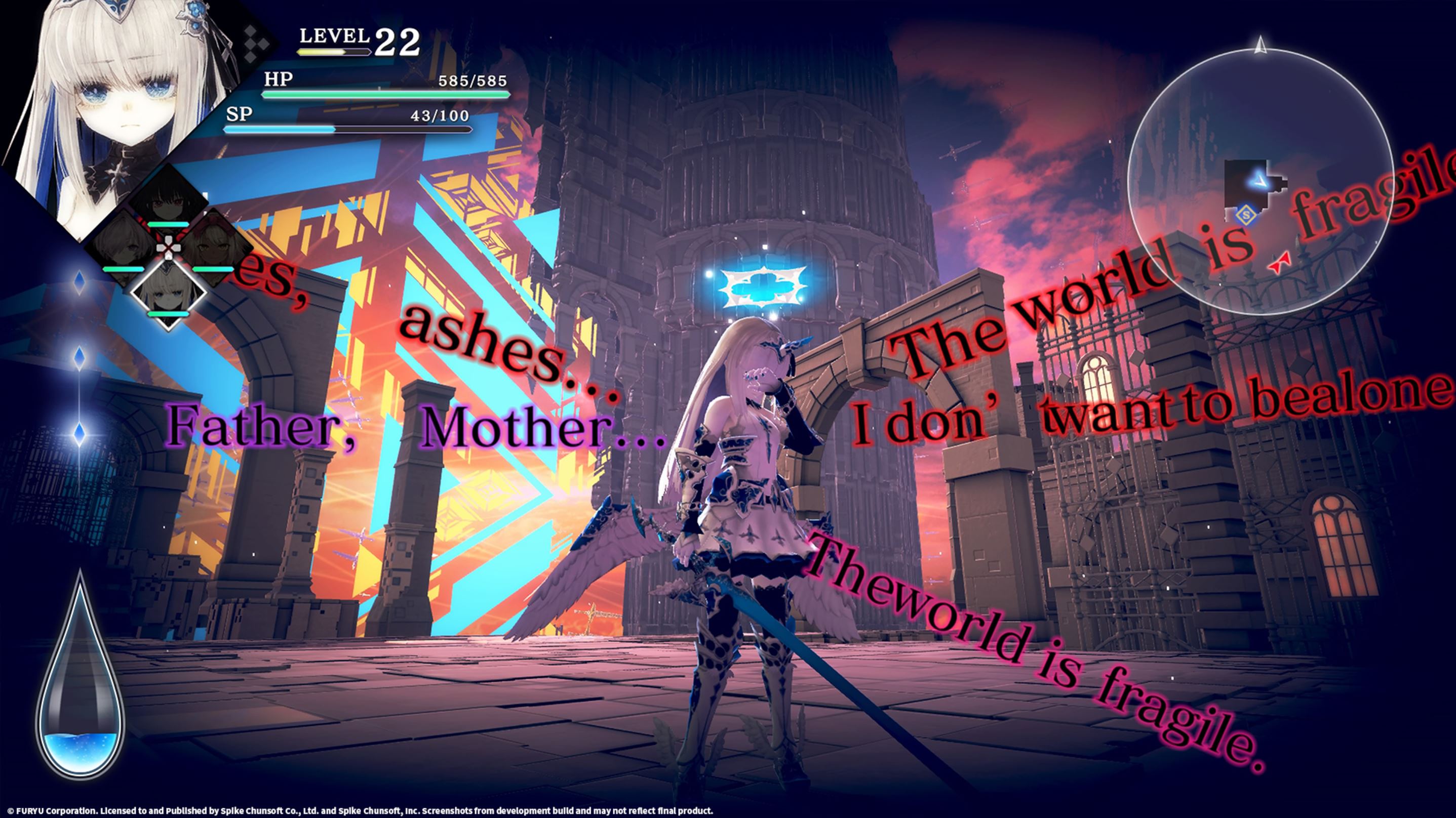 The idea of catharsis and cleansing one’s emotions seems to be a prevalent theme in Crystar. As Rei vanquishes the wandering souls in Purgatory, she’s haunted and tormented by her actions, which is probably exacerbated by learning about the lives of the souls she defeats in battle. Rei travels back and forth between the real world and Purgatory. By crying in her bedroom she can purify her Torments and increase her powers. Crying in purgatory will increase her tear gauge which will allow her to perform special moves, unlock greater powers and summon her guardian. The system itself doesn’t seem too different from a standard power meter that’s been used in countless games, but having it center around lacrimation is an interesting twist.

As Rei travels through Purgatory she unlocks new layers of it, with the goal being to reach the final layer. The gameplay is fast-paced hack and slash action, which an overall vibe similar to Nights of Azure but without the sapphic fan service. Rei will gain companions in Purgatory which will result in there being four different playable characters with different fighting styles and skills, along with a unique guardian they can summon to assist in battle. In between jaunts into Purgatory, Rei will do RPG character management stuff in her bedroom, such as purifying Torments into weapons and armor called Sentiments. 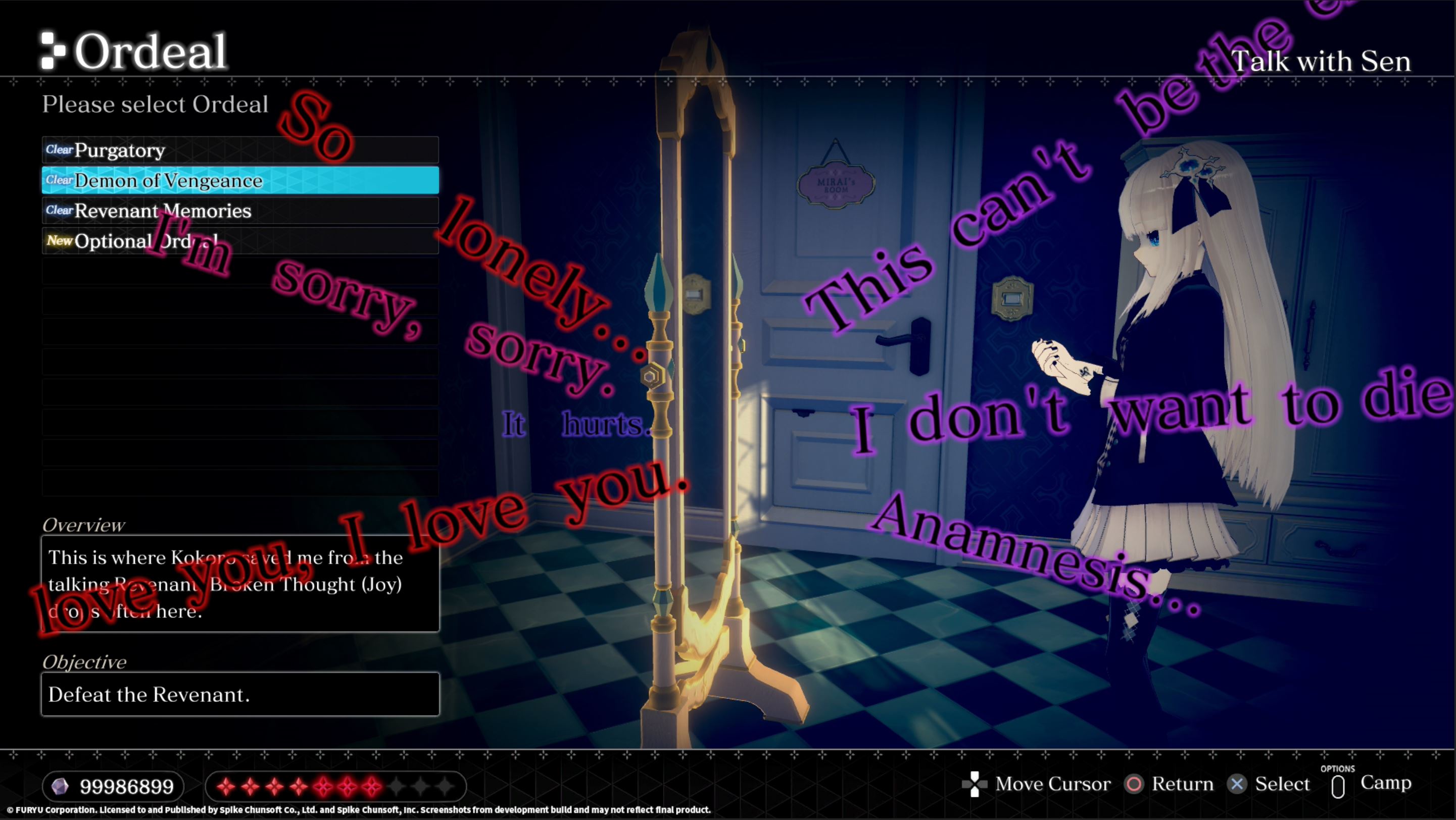 Crystar is projected to take thirty to forty hours to complete and is scheduled for a release for PlayStation 4 and PC via Steam on August 27. The gameplay and soundtrack were enough to get this title on my watchlist, but what’s more compelling is the story. The way the developers have taken ideas like catharsis, guilt and sorrow and implemented them into a combat and character development mechanic is interesting. This looks like a title that any fan of action JRPGs should keep an eye on.