The Elder Scrolls card game has been around for a couple of years but now the tides of war will reshape Tamriel. The Alliance War expansion is now available for players. It features five factions engaged in a huge conflict for control of the land.

This particular set includes over 100 new cards. The five factions all feature triple-attributes: The Aldmeri Dominion, The Empire of Cyrodil, The Ebonheart Pact, The Daggerfall Covenant and The Guildsworn. Some new mechanics are also being implemented along with playmats, music and visuals. See some of the cards in the image below.

The Alliance War is available to check out now. But the year isn’t over for The Elder Scrolls: Legends updates. Check out everything else coming on official website. 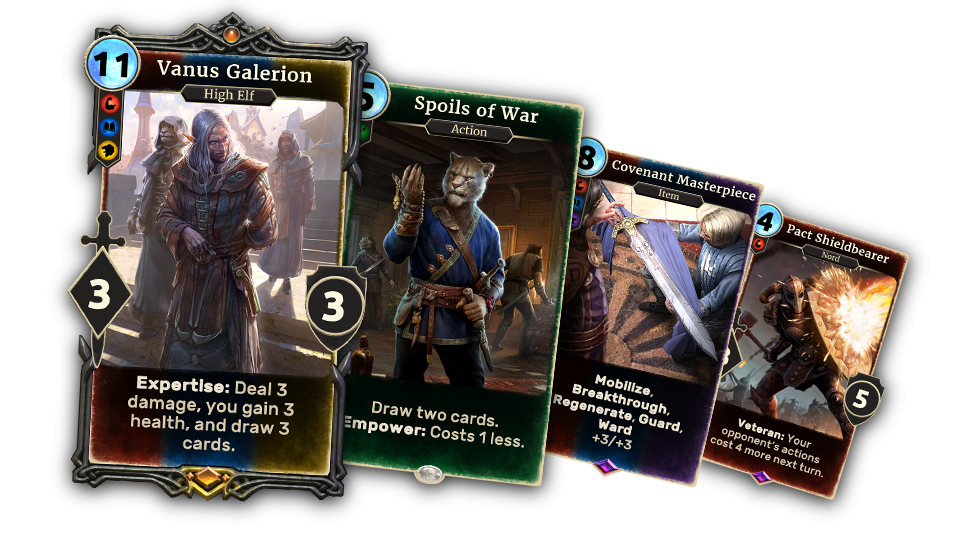