Remember the Sega Genesis? While Nintendo ultimately came out on top in the 16-bit era, Genesis did have quite a respectable collection of Sega exclusive franchises. Among the Sega-only titles there was a beat ’em up series called Streets of Rage. The first two titles were well respected titles for the console, but 1994’s Streets of Rage 3 didn’t quite live up to its legacy and that was the last we heard from these games with the exception of their inclusion in retro collections. For whatever reason, 25 years later Streets of Rage 4 is becoming part of reality. Hardcore Gamer got to spend some time with an early build of this title at PAX and can tell you if this is a street worth revisiting or if it should have been left in 1990s.

The initial impression when we first saw Streets of Rage 4 is that this looks like a cel shaded take on the early ’90s characters. Axel and Blaze look how I remember them back in the Paleozoic era, even though their names might not have the same relevance in their references nowadays. The modern facelift gives a more contemporary look to the title, but underneath that shiny coat of pixel paint the designers took great notes on the earlier entries as the overall look and style takes off from exactly where things left off in 1994. This was achieved with hand-drawn visuals from the same team behind Wonder Boy: The Dragon’s Trap. 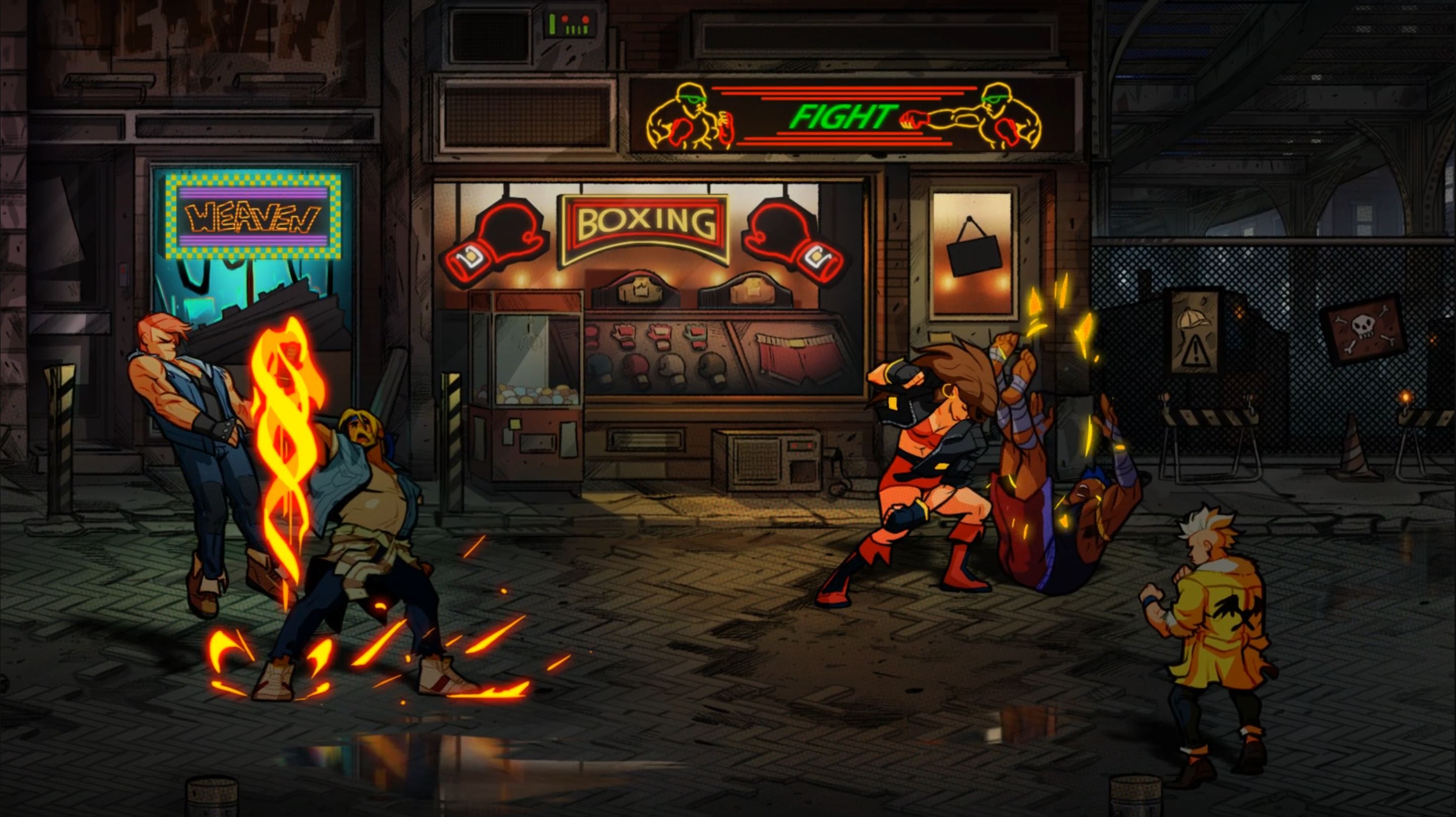 Much like the graphics, the gameplay in Streets of Rage 4 doesn’t do too much to deviate from the classic formula. The player progresses through each level, beating up everyone they encounter as the one man wrecking crew beat ’em up heroes are known for being. Weapons can be acquired to add some extra oomph to your attacks, and if you’re feeling a little down there’s usually an apple or barbecue chicken sitting around in an oil drum or trash can. Playing classic beat ’em ups like Final Fight or earlier Streets of Rage titles it was always a point of curiosity about whether random meat and produce found in trash receptacles would really be that beneficial to consume, but all these game characters from the ’90s consumed a ton of it and they seem to be doing just fine today.

Playing Streets of Rage 4 was a reminder on why beat ’em ups were so popular once upon a time. The local co-op makes this sort of a game a blast to play with a friend, even if the friendly fire causes the second player to be as much of a hindrance as a helper. Nothing in the demo seemed overly complex. The gameplay is exactly how it was in the heyday of this genre as the players beat up the endless stream of thugs as they travel to whatever their ultimate objective happens to be. In addition to the classic tropes of hiding food and weapons in destructible objects, players have special moves that can inflict at lot of damage at the cost of some of their own health to really give it that retro feel. From playing through the first level, Streets of Rage 4 doesn’t seem to be trying to reinvent the genre, but instead pay homage to street fighting titles from two to three decades ago, creating a new game that is exactly how fans remember Street of Rage. 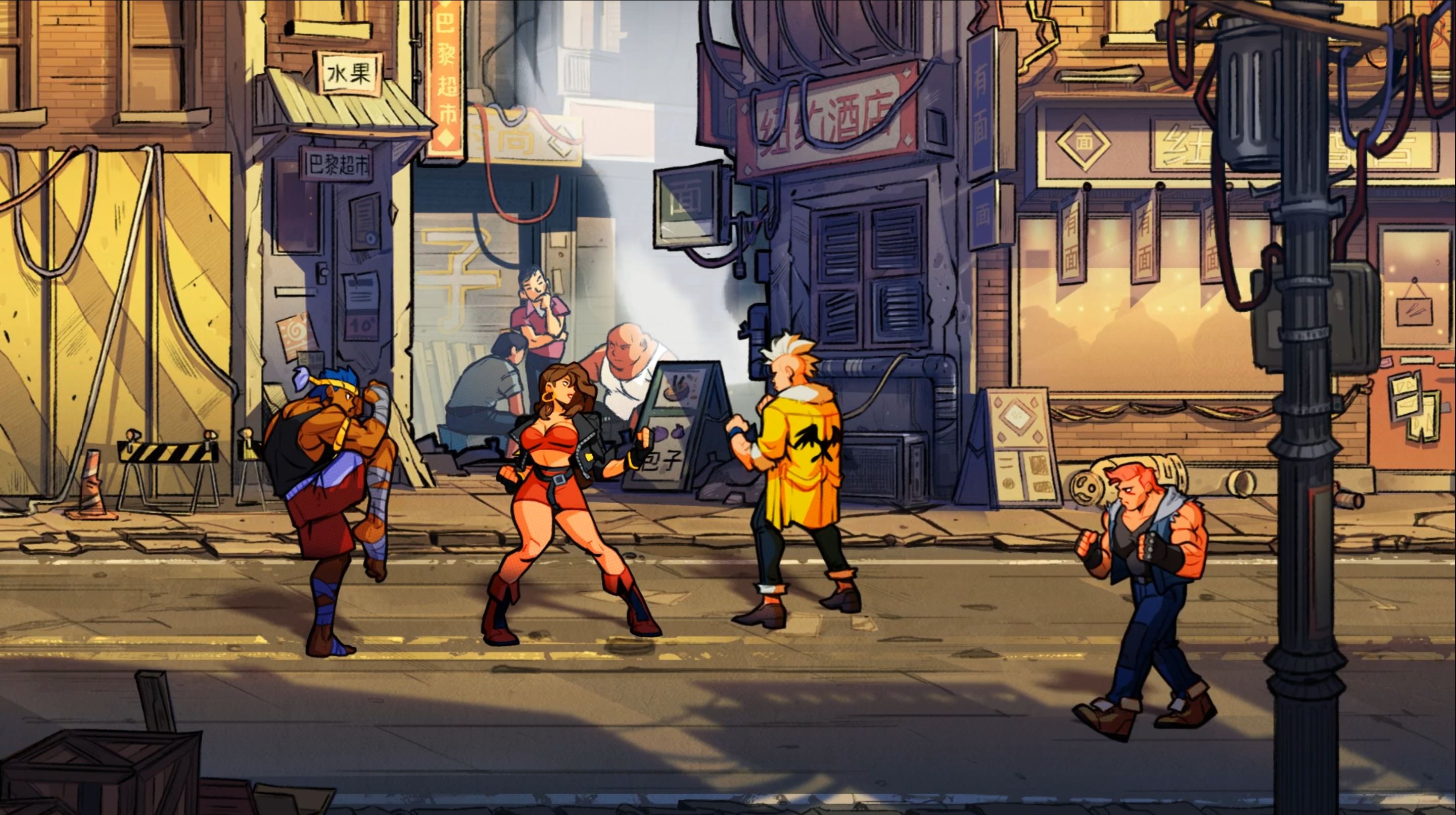 Streets of Rage 4 currently does not have a scheduled release date or confirmation of which platforms it will be available on. Classic beat ’em ups like this have become a rarity when 3D gaming took off in the second half of the ’90s, which is understandable based on gaming trends, but that doesn’t change the fact that this style of game can be extremely fun. In recent years we’ve seen some franchises introduce some new games that used the classic format as a template, such as Double Dragon and River City Ransom. After 25 years a new Streets of Rage title is rather unexpected, but that doesn’t make it an unwelcome surprise.