It’s good to know that post-apocalyptic doesn’t always have to equate to worst case scenario. Or more specifically, that a chosen setting doesn’t have to, by design, revert to some visibly-apparent, horrid, semblance of what once was. That the aftermath of a war, viral outbreak or supernatural occurrence is still being felt and that Earth (or whatever planet) is still recovering. Don’t get me wrong, there are some great examples out there of bleak, devoid and ruined worlds with which one slowly makes their way through. Discovering things that may (or may not) revive hope for a better future. Often times, though, the artistic direction is usually aided by the elements surrounding it. That which accompanies on your journey: the soundtrack, the characters you meet, the gameplay at your disposal.

But then there are those games that envisage the unimaginably distant future, while one of lesser stature, with an alternate shaping of humanity’s fate and more importantly, the still-human urge to explore the unknown. It’s why a game like Horizon Zero Dawn stood out: a distant future where machines are the dominant force, proof of mankind’s social/cultural/creative dominance has all but been erased by resurgent nature and humanity has hit the reset button. Reverting back to fractured, tribalistic functioning. Though you could break it down further and categorize it as post-post-apocalypse. You’d be forgiven for not taking to Eastward’s pitch of a premise, to once more picture dire straits for the human race: a world where the global population has shrunk dramatically, where humanity is — as you might guess — on the brink of extinction and all things seem teetering on the edge of oblivion. Nothing new or excitingly original there, right? 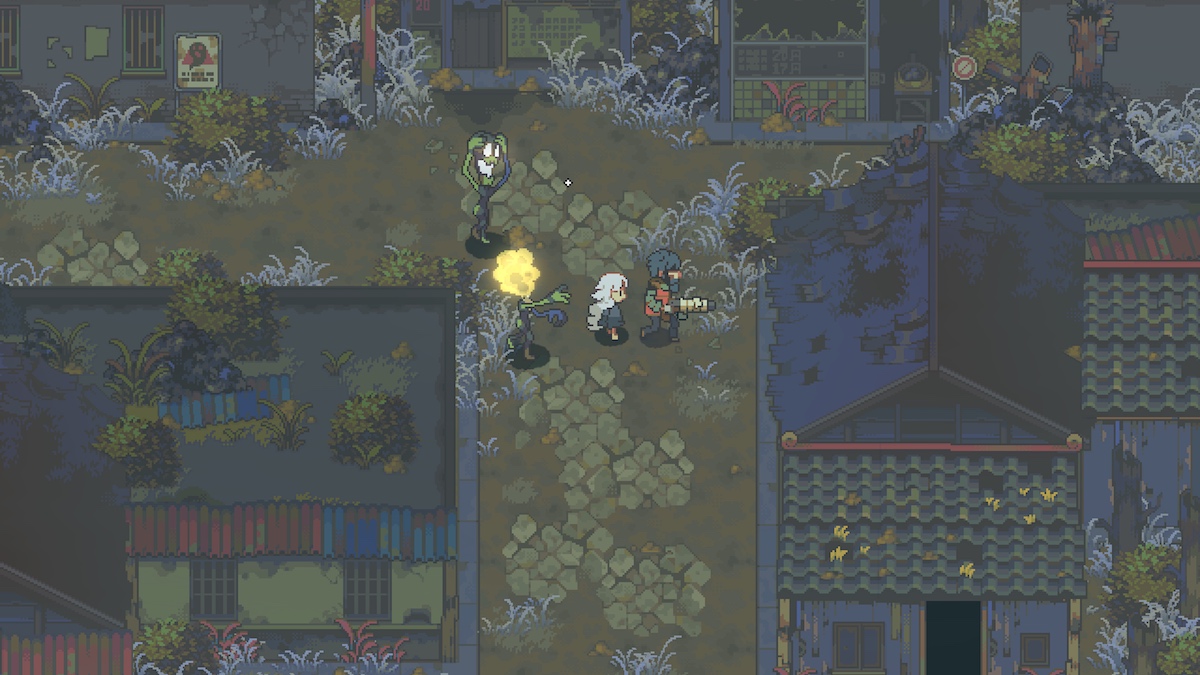 Yet the softened palette of color, variance of quirky character designs and its all-round pixel art splendor is majorly responsible for why such coverage is warranted. Part of the reason why developer Pixpil Games’ project stands out is its very insistence on portraying a world whose post-apocalyptic suggestions are a lot harder to identify. At some point you may well spot the ransacked huts, rusted taxis or school buses that appear almost symbiotically fused with the resurgent nature of its environment, but hitting its players over the head with dire straits is clearly not what Eastward is going for here. There’s a call back to the visual design of 80s/90s anime (especially with the weird and wacky assortment of NPCs) which will always get a thumbs up, as there is a love for the GBA era of games whose detailed pixel art and suggestion of dense, spry worlds were always inviting to invest in.

But Eastward‘s publisher, Chucklefish, appear to be increasingly favoring releases whose love for pixel art and that portable-like, late-90s/early 2000s miniaturizing of worlds of all genre persuasion, were never far away. Starbound, Stardew Valley, Wargroove, all share in that handheld-like presentation/aesthetic — with the likes of Pathway and Inmost soon to follow — and one that is almost guaranteed to score brownie points with the nostalgia crowd, for better or worse. One can not declare it a bias from the UK-based developer/publisher by any means, but it’s not surprising to find Eastward fly under the Chucklefish banner. Eastward fits the mantra very well in that regard and is one in-development release that is all the more engrossing due to its careful consideration for the artistic direction incorporated. Pixpil are clearly both knowledgeable and passionate about this aspect — to better build the world one is trying to portray through the detail in each and everyone of its structures and sprites alike, no matter how meaningless or important these assets will be in the grander scheme. 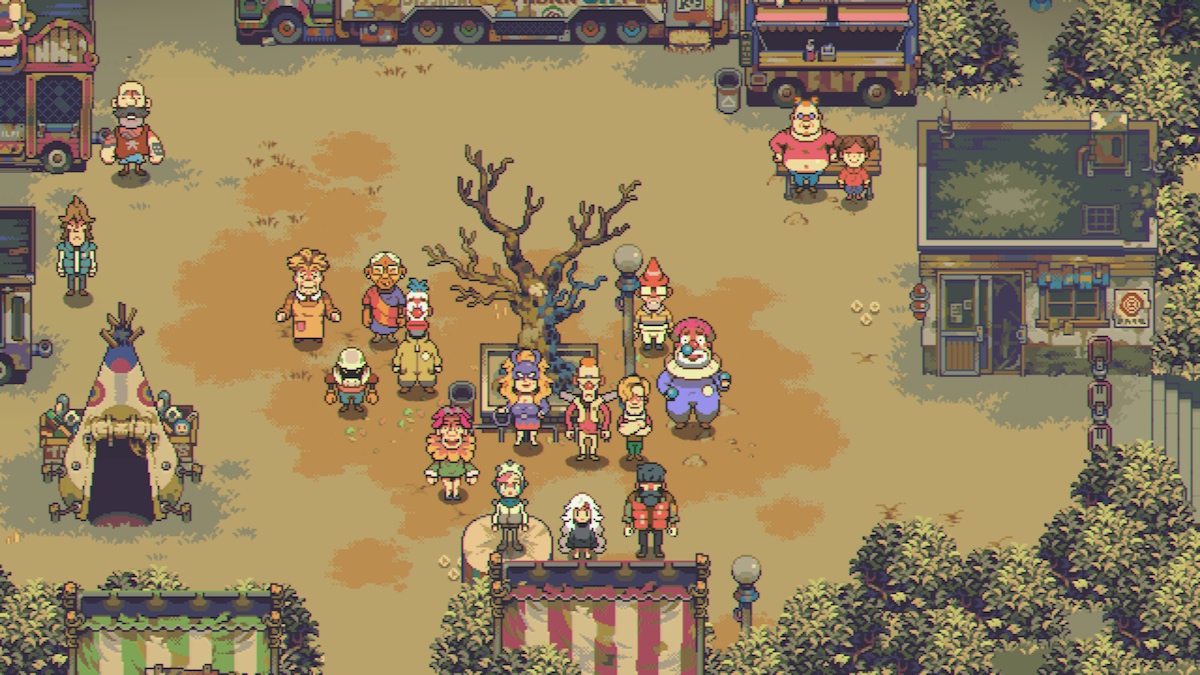 While the demo offered as of recent, showcased but a minor snippet of the early moments — the unnamed main protagonist having already teamed up with a mysterious girl by the name of Sam — you can tell that Eastward is invoking that same Japanese animation-like tendency to pull you in on its design and its tone. Combining the unnamed miner’s physical abilities and Sam’s seemingly supernatural abilities in a series of fairly uninspired platform-moving and button-pressing co-op puzzles alike may not exactly be the game’s strengths in early proceedings, but as you make your way from one panel of the ruined world to the next, it’s easy to pass off the simple objectives, when the environmental story-telling appeals more so. All the while chopping down a multitude of oddball and very Earthbound-esque creatures — ranging from sentient, rubber-duck plants to miniature, chest-shaped mimics.

The attention to detail is clearly Pixpil’s main focus here, even if the gameplay — for the moment at least — hard as it is to make a sweeping statement on the thin vertical slice presented — could potentially be the sacrificial lamb on display. How the studio can possibly advance the idea of swapping control, on the player’s part, between the two main characters, remains a mystery. Does the focus on these two characters from a plot standpoint, limit the complexity of environmental-based puzzles or could this be mitigated due to the appeal of its story and the intrigue of its world-building? There are still a lot of questions, but those that are pedaled by a newfound appreciation for illustrating a post-apocalyptic world in less-than-desolate brushstrokes. There’s a more nuanced take on a ruined world here — one that leaves room for the weird and the wonderful to flourish — and it’s maybe this hopeful optimism for a pleasant-looking post-apocalypse (another oxymoron to add to the list) that will keep Eastward‘s progress in close proximity. Pixpil’s efforts on the pixel front are respectful, but as a complete package, it will be interesting to see where the game will end up.