Part of what attracts me to gaming is the thrill of utilizing my own skills to find success. Maybe it’s a tad narcissist of me, but you probably know that feeling of when you figure out a difficult puzzle in a game or you finally beat that boss that had you stuck for days. It’s both a feeling of accomplishment and also “hell yeah, I’m a genius.” Having played video games since the dawn of my time, at some point I found myself reaching for more technical and complex games. You play games for all your life, at some point you need more of a challenge. I started getting into more tactical games, I started delving into more games that required skill and playing them on “Nightmare” difficulties. It no longer was about saving the Princess or finding that happily ever after, it became about how well could I perform dexterous mechanics to achieve the endgame.

You’re technically not supposed to talk about it, but Dark Souls fight club is such a rush. I blame a couple of friends for even turning me on to the series, one of which became my mentor for the game. We literally would spend hours at his house as he taught me the ways of the Souls. A couple of years later, I became an insatiable Mad Spirit, able to hold my own against anyone (or multiple anyones). But as all things, that started to not feel like so much of a challenge anymore after awhile. As if sensing my plateau, that same friend one day asked me, “Hey, you heard of Vermintide 2?”

“No. I mean, I know it has to do with the Warhammer universe, but other than that, I have no idea.”

“Fran. I know you. You want that technical goodness. You want strats and mechanics.”

Warhammer: Vermintide 2 kicks my butt in the best way possible. The insane amount of detail in gameplay mechanics and character stats makes it a title for anyone craving strategic gameplay. I’m still very much a noob compared to my friend who has put in over 600 hours (I can only rival him with my 700+ hours of Overwatch). This man has maxed out every possible thing in Vermintide 2. He is a beast and I have a deep respect for his expertise. And as much as he and I both love the game, we both have varying degrees of concerns about gameplay. Not just us, however, but most of the Vemintide 2 community has been fairly outspoken about issues from game mechanics to endgame content. It’s bound to happen when the title has such a hardcore following and only has a development team of  ten people. A small development team, however, means crafting the game with care and attention to detail. That’s exactly what Mats Andersson, game designer of Vermintide 2, told me when we met up to talk about the upcoming expansion, game fixes and awesome dismemberments. 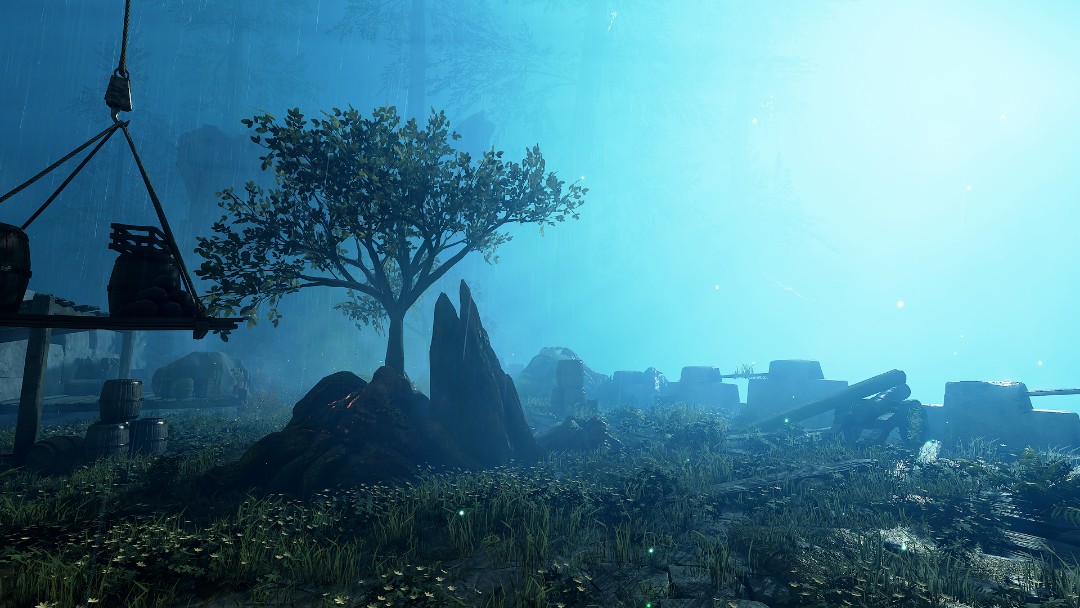 Mats was leaned over his laptop when we met. He was busy playing around in his Vermintide demo as I walked up to him. He enthusiastically launched right into the business by breaking down the upcoming expansion, “So there will be three big parts we plan to add. More than anything, we want to cater more to mastery.” Hearing those words, I knew that the team at Fatshark was aware of the community’s feedback. For newer players, there are some mechanics in the game that need to be balanced a little more that create a steeper learning curve. For veterans who have mastered the game, there’s not much that can be done to utilize that mastery in the endgame. And yes, there have been DLCs that have added fixes and some new content, but as my friend put it, “they don’t need a DLC, they need an expansion.”

“First,” Mats began, “we’ll be integrating more Warhammer lore by introducing the Winds of Magic and their ability to alter reality and affect the game within its essence.” According to Mats, the integration of the Winds will act as map modifiers that will change the topology, theme, and playability of the level. “Here, for example, let’s pull up the Yellow Wind [Wind of Metal] and you can see hardcore metal and jagged steel cropping up!” The layout of the map changed completely by blocking off certain areas, so not only do the aesthetics change, but now the way we approach space within the game changes as well. He paused and pulled up his mod menu in the background to reload using the Green Wind [Wind of Life] and now that same area was a lush garden. “Different Winds will add a variety of modifiers as well, like one will have almost like a doom clock on you and you have to kill enemies to extend your life!”

Mats’ enthusiasm was infectious and soon we were jumping around to other content, such as the new gear for each class. This expansion promises new weapons that are both unique and functional, “yeah, we are trying to introduce more pole-arms because they’re cool and underutilized, but also because we want to change up functionality and add a new role to each character.” This isn’t to say that everyone will have polearms, but as an example, he pulled up something akin to a billhook for demonstration. “With this polearm, the hook will actually change up your role, because now you can use this to disrupt the front line by pulling an enemy towards you! Our new weapons will give players more options for how they want to engage enemies. We wanted to look at how we can change our meta, so we are shifting it by added these new weapons.” I had previously mentioned to Mats that Bardin was my favorite hero in the game and he had a special surprise for me, “do you want to see the throwing axes we gave him? I didn’t even need to say anything, my stunned expression was enough for Mats to load it.

“Hm, but how can you use them when you have no enemies,” he said as he spawned the impressive looking Beastmen. It had been circulating that a third faction would make its way to the expansion and Fatshark wasn’t looking to disappoint. “We will have a base set, the brays, that will serve as the basic enemies. We’ll amp it up with the gors. We also plan to have Shaman who can add buffs by putting down a standard on the battlefield. There will be more ranged enemies as well to keep players on their toes about positioning and class. And finally, we have the big one.” Before I know it, Mats populates the map with a giant Minotaur. This Cloven One is a tanky beast capable of charging and knocking down literally anything in its path. It’s safe to say the Minotaur is truly the one to look out for. Mats even slowed gameplay down enough for us to take an up close look at the beast and admire the level of detail in design. “With the integration of these enemies of varying techniques, we hope to integrate new tactics by making minor shifts with clear, limited enemies.” Basically, by adding some newly integrated fundamentals, Mats and his team hope that this creates more tactical choices for players seeking higher mastery and opens up more options for newer players to experiment. 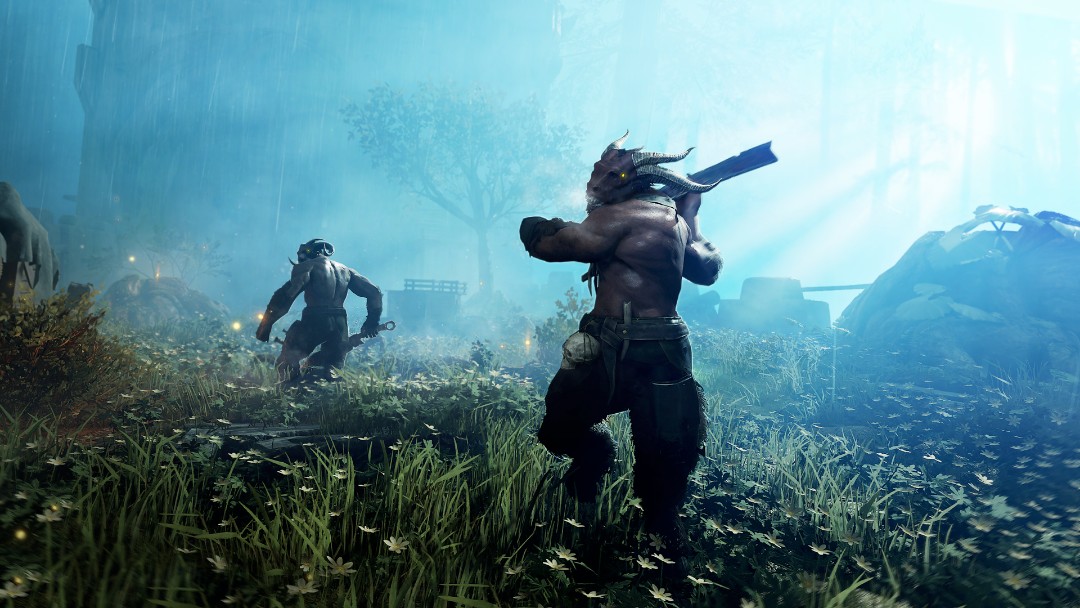 And for those hardcore veterans, the development team hasn’t forgotten about that desired endgame content. Endgame loot will be added to provide more of a challenge, in addition to newly-added ladder challenges with leader boards and loot progression. These challenges will take the level and objective into consideration and will award players higher end loot for going above and beyond the basics. In addition to these challenges, there’s an overhaul of difficulties, including the possibility of adding an additional difficulty that will even change up enemies’ behavior in response to players’ tactics. This integration of changing AI with new difficulty adds even more required mastery to the game that will make it feel like new for veterans. Behaviors like ramping damage, which causes higher damage to staggered enemies, will affect champion and legend difficulties by again adding more combat possibilities to gameplay.

My time with Mats gave me a renewed desire to “git gud” in Vermintide II. His enthusiasm expressed genuine concern for his product. Above all else, we just had a fun time. For most of our time together, he let me play around with Bardin’s throwing axes, even changing up the code within the game to allow me 99 throwing axes (I became an automatic axe-throwing machine). Every time I decapitated an enemy, he nodded in approval. As I played around in his game, he was also constantly finding ways to fix the final product. For example, Bardin starts out with three axes, but as I was throwing them around with glee and disregard to ammo, he quickly realized three might be a low number. He made a note to play around with higher counts of ammo, “I also want to figure out a better way to return the axes instead of having to go pick them up again. Something like in God of War, but not exactly like that.” Mats is constantly thinking of ways to improve Vermintide II and it shows that he and his team have been incorporating player feedback. He has a deep understanding of the hardcore fanbase and acknowledges the opportunities for improvement. With this expansion, players will see more loot, new weapons, new enemies and tweaked mechanics that will take players into deeper levels of endgame content. While this expansion won’t be out until around Summer 2019, Mats and his team are working diligently to create a memorable experience for fans in Vermintide II Winds of Magic.