The early ’90s were a golden age for side-scrolling beat-em’ups. The genre was pioneered by Renegade from Technos and later expanded upon with Double Dragon. The latter revolutionized them by becoming the most popular entry seen at the time, and created the rough template that would be followed by games like Final Fight and Streets of Rage. Out of the ashes of earlier games came more refinement and the realization from gaming companies that this simple core formula could fit a wide variety of licenses and be a total cash cow in arcades. While a console purchase is a one-time buy of around $65 at the time, an arcade game would typically cost you 25 cents per credit for beat-em-ups — with higher-end fighting games being 50 cents and your high-dollar cabinets like Daytona USA sometimes costing 75 cents.

X-Men was a variable unit in that you could play it with either a 4-player mode in a 4:3 screen or with up to 6 players with a widescreen viewing area. It was very much ahead of its time in that regard and this resulted in the game having plenty of playable game space in an era where many games of its type had cramped environments. Now that can still be an issue with the 4:3 version, but with the widescreen variant, it never crops up. The game is generally well-optimized to tailor gameplay for whatever display you’re playing on. The 4:3 variant features a more zoomed-in view, which offers up a bit more detail on the character models while the widescreen version makes the environments the star of the show. No matter how you play the game, you’re in for a fun time. 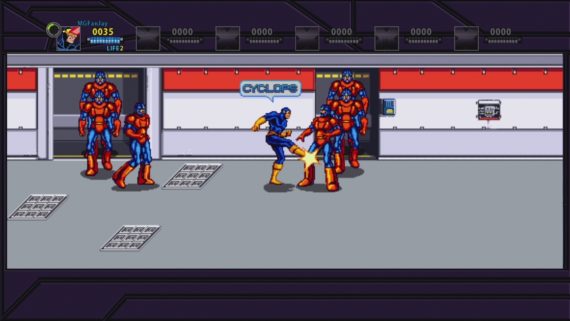 While X-Men does follow a lot of the same formula of prior brawlers, it does some major things differently as well. Most beat-em-ups just had you attacking while standing up, but X-Men allows every character to attack on the ground. This may not seem like much, but it greatly speeds up the overall pace of the game. Playing solo, you can clear a screen slightly faster by knocking down and enemy and then kicking them to death than just waiting for them to stand up. This same principle applies for group play, where the benefit is amplified by by allowing a group of players to take out a sea of enemies must faster. This is a huge time-saver in boss rooms and lets you be far more efficient than in many games of this type.

The usage of superheroes in this kind of game isn’t new, but each character having their own special powers really did play in the game’s favor. With half a dozen playable characters, the roster was more diverse than many brawlers out there even today. The powers allowed the roster of Cyclops, Wolverine, Colossus, Storm, Nightcrawler and Dazzler to shine. Each had differences, with Colossus being a brute who could do a ton of damage over a smaller area, while Cyclops was a good all-arounder and Dazzler was super-quick and could avoid damage easier than anyone else. This diverse roster does help prevent the game from feeling stale since a playthrough as Cyclops will feel different than one with Wolverine or Colossus. 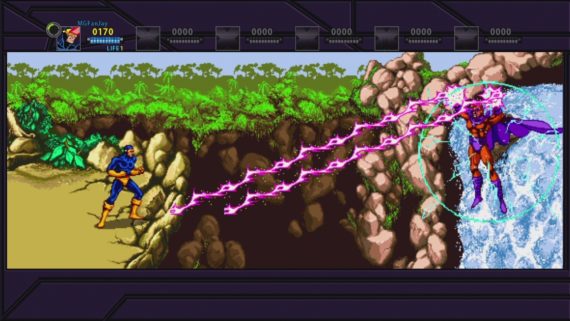 Despite the X-Men’s popularity being at a high point in the early ’90s, this particular game never hit a console. It could have been due to hardware limitations, but was more likely a licensing issue as Konami didn’t have any console ports of their licensed properties beyond TMNT and other companies had deals with the characters at this point in time. Both Acclaim and Capcom had the rights to release console games, and while they didn’t seem to be exclusive rights, Konami may have preferred to keep it in arcades where it could remain profitable and not cannibalize the arcade version’s traffic.

Either way, it wasn’t until 2010 that the game officially hit consoles as the Xbox 360 got it in late 2010 and the PlayStation 3 received it in early 2011 – likely due to a timed exclusivity deal. This re-release was never put out on PC officially, which is just as well given that sales would probably be minimal with MAME ensuring that if anyone wanted to play it on PC, they already could. The console versions, however, did bring with them some quality of life improvements. Beyond being able to continue endlessly and thus turning beating the game into a simple war of attrition, you have the ability to play either the US or Japanese versions of the game. 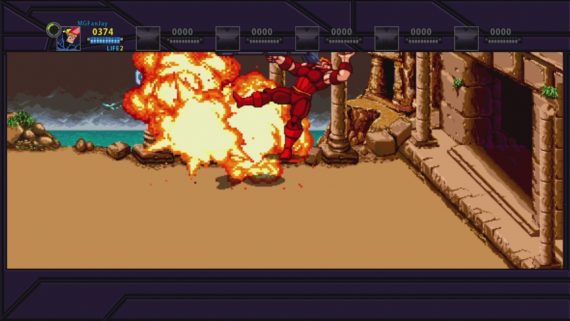 The US version uses the traditional “take life for a special move” approach, which was a great way of letting you either have a last-ditch attack or spam at the expense of a quarter per continue you were willing to get to. The Japanese version did that only after you depleted your mutant power bar, thus making it an easier and more enjoyable experience. There is some Japanese text for the cutscenes, but the spoken words are all in English — or at least a language resembling English as the script was written by non-native English speakers in Japan. This results in a plot that is a bit disjointed, but does still tell a small cohesive narrative, and some of the funniest lines in gaming history.

“WELCOME TO DIE!”, “WINDIGO!” and “I am Magneto – MASTER OF MAGNET” have become the stuff of legend and while the voice work did have to be re-recorded for the re-release, the charm was left intact. Other than the cornball voice work, the soundtrack isn’t all that noteworthy — with some light rock music playing that fits the action, but doesn’t get the blood pumping. In arcades, an iffy soundtrack didn’t really matter since there was so much other noise with the other games that you couldn’t hear it clearly — and in a group game like this, you would just talk to the people you were playing with and if you were lucky, pool quarters on top of the cabinet to help each other out. 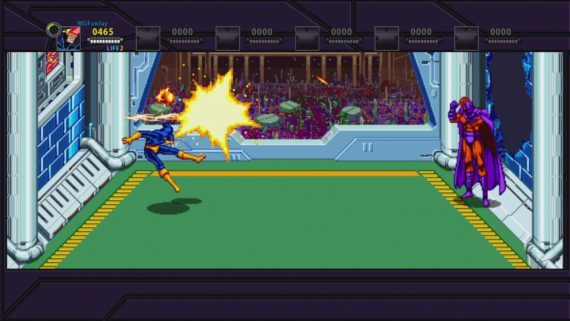 Visually, X-Men features some highly-detailed sprites for the time. While they aren’t on par with the best stuff on the Neo-Geo, they are far above pretty much anything on the SNES and have a rich color level that allows the game to age far better now than many would think it should given its age. Attack animations are also smooth and other than the tons of cloned palette-swapped enemies, there isn’t much laziness when it comes to the visuals. The art is especially impressive given that it had to be created for both the 4:3 and widescreen versions, with a more zoomed-out approach for the latter and a zoomed-in look for the former.

Overall, X-Men is an absolute blast of a game no matter what decade you play it in. The PS3 and Xbox 360 version can’t be purchased anymore, but you can still play it if you bought the digital version and on 360, just make sure to load the save from the storage device the game is on to ensure an effortless playback. Online play is still possible, but better-served to be set up with friends. An Android version was also released, but all versions have long been delisted. With Disney now outright owning all Marvel and X-Men-related properties, maybe we’ll see a modern-day re-release. Until then, it’s a lot of fun playing it on the 360 and enjoying a brief trip through time. 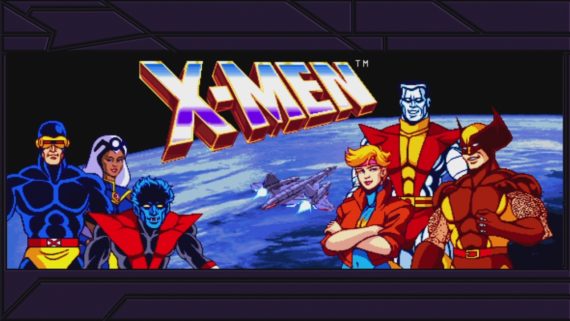