For something that is sometimes euphemistically referred to as the big sleep, death doesn’t always seem like it’s going to be as relaxing as we hope. This is the case for Desmond, hero of the third-person action game Devil’s Hunt. In life Desmond was the son of a rich entrepreneur but unfortunately money cannot buy life and through a series of a unfortunately events Desmond ends up dead. The final destination after death varies based on assorted theories and rules depending on who you talk to, but whatever these rules may be Desmond didn’t seem to adhere to them well since he ended up in Hell.

People tend to criticize Hell as some place where one wouldn’t want to go, but for every undesirable trait mentioned in the assorted Yelp reviews for Hell, one thing that is never mentioned is that it’s boring. Yes, the lake of fire where wayward souls are sent to receive their eternal damnation and torment can be an exciting place. This shouldn’t really be too surprising, but when Desmond arrives in Hell he finds himself in the middle of a war between angels and demons, which is probably perpetual since those two groups have a history of never getting along. The depth of the involvement Desmond can take in this affair wasn’t explored in depth at this time, but it’s up to the player which side Desmond joins. 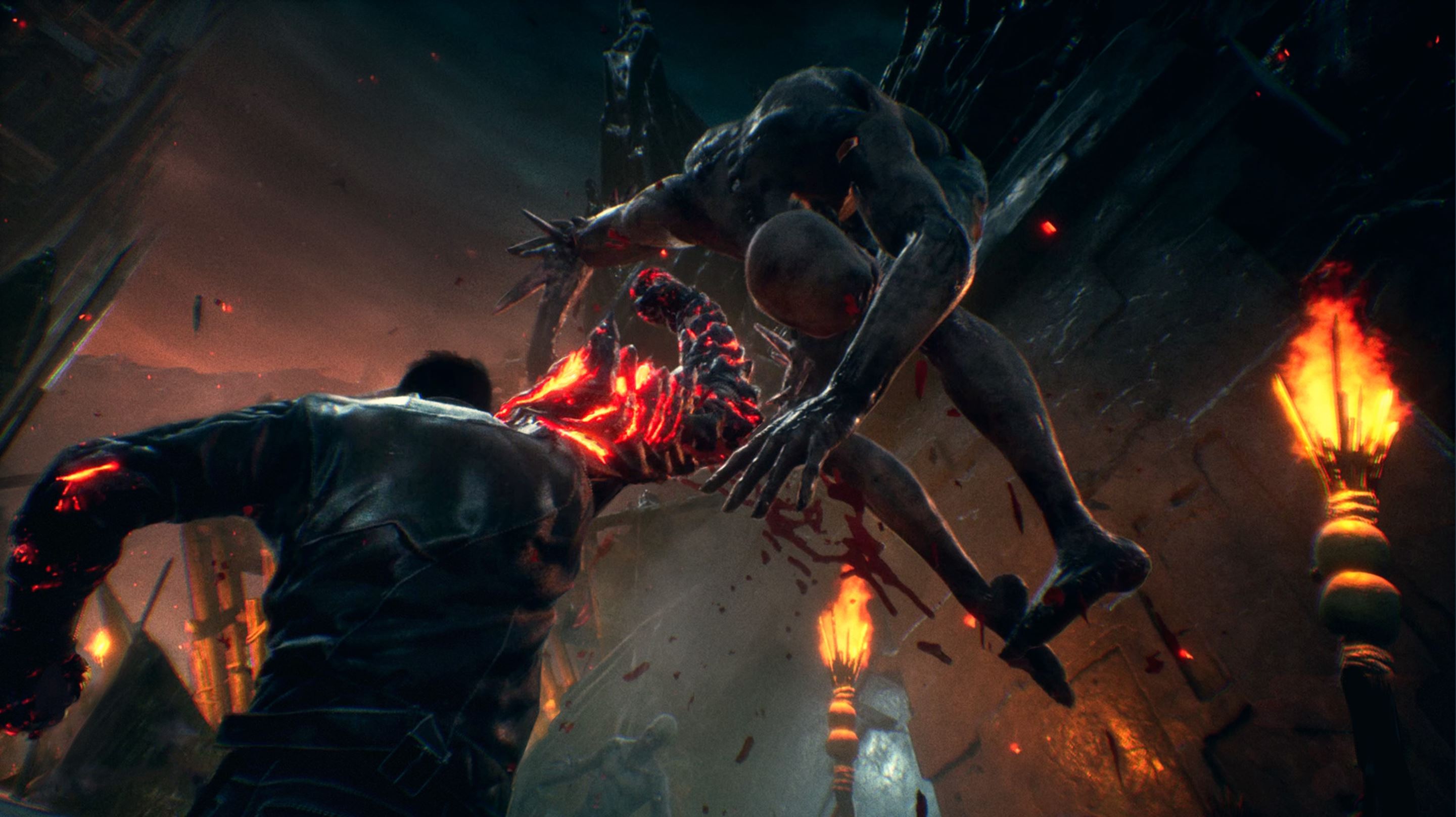 During his time in Hell, Desmond’s humanity has started slipping away and has been replaced with new demonic powers. At the demo we were privy to play, Desmond was tasked with rescuing a demon named Agares who has spent several millennia imprisoned. Getting Desmond to Agares is about what one would expect. The hellish landscape is naturally filled with demons Desmond has to beat up in order to progress, along with some environmental puzzles needed to free the demonic prisoner. The gameplay feels like a callback to Dante’s Inferno or God of War, while Desmond himself seems to have more in common with Garcia Hotspur than the heroes of those titles.

Upon freeing Agares he takes on a role of a guide as he’s not very useful in battle due to his malnourished state from not being able to feast on souls. Escape seems like it’ll be easy until the two encounter an enormous demon blocking their progress. The massive demon and its summoned minions were dealt with using Desmond’s stylish range of attacks. This battle didn’t feel particularly innovative but did fine a job of recreating the dynamic of the large scale battles from the action games that influenced this title. 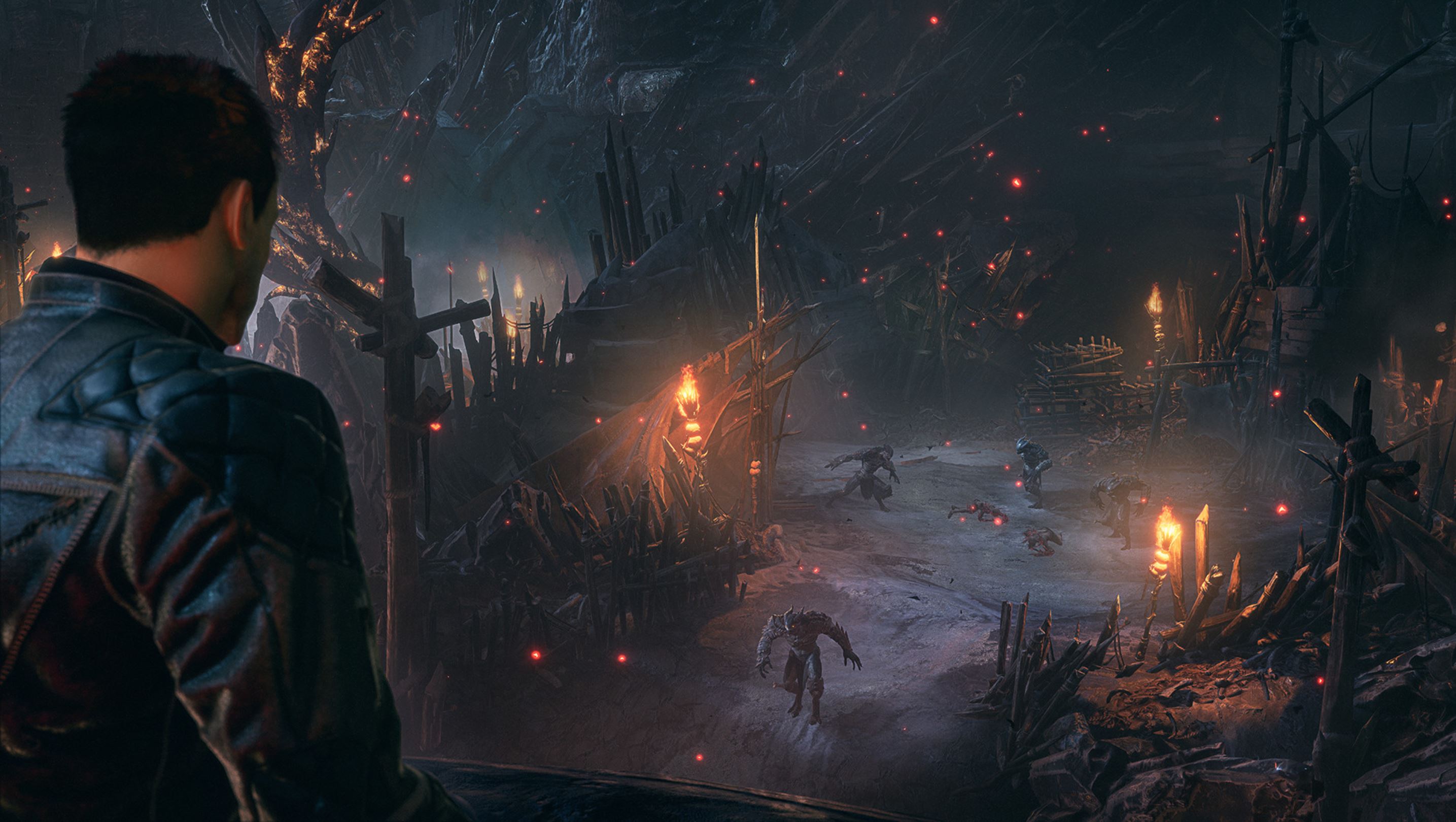 Devil’s Hunt is a stylish action game that takes a player through the not so nice neighborhoods of Hell. The influence from various dark action games from the past decade is apparent, but as an homage to that type of game, Devil’s Hunt seems to do a good job of recreating that vibe. The gameplay feels familiar for most people who have played any number of popular action games that deal with killing gods or demons, but the story sounds intriguing enough to help set this title apart from its influences. Devil’s Hunt is scheduled to come out in the third quarter of 2019 for PC, PlayStation 4 and Xbox.