Merge has an eye for publishing. For example, the studio has invested in well-received titles like Aragami, Moonlighter, Darkest Dungeon and Dead Cells to name a handful. Now the publisher is working with developers Red Blue Games and Blackstaff Games to release two new titles later this year. Hardcore Gamer had the privilege to meet with PR Manager Nick Clarkson to take a look at both Buildings have feelings too! and Sparklite — two very different games that both promise unique experiences.

Nick explained to me that Merge has incredibly high standards for the games they publish. He excitedly gave me a rundown of both the new titles Merge plans to release in the coming months. Getting straight down to business, he loaded up the first title, Sparklite so I could try. Immediately, the title is reminiscent of games like Legend of Zelda mixed with rogue-lite elements similar to Rogue Legacy. We play as a young mechanic Ada, who crash lands in a strange land plagued by goblins looking to hoard the world’s crystalline essence known as sparklite. Hoping to help the citizens of this world, Ada uses her wits to craft new weapons and gadgets to solve puzzles across the land. The rogue-lite elements come into play with changing environments and enemies. 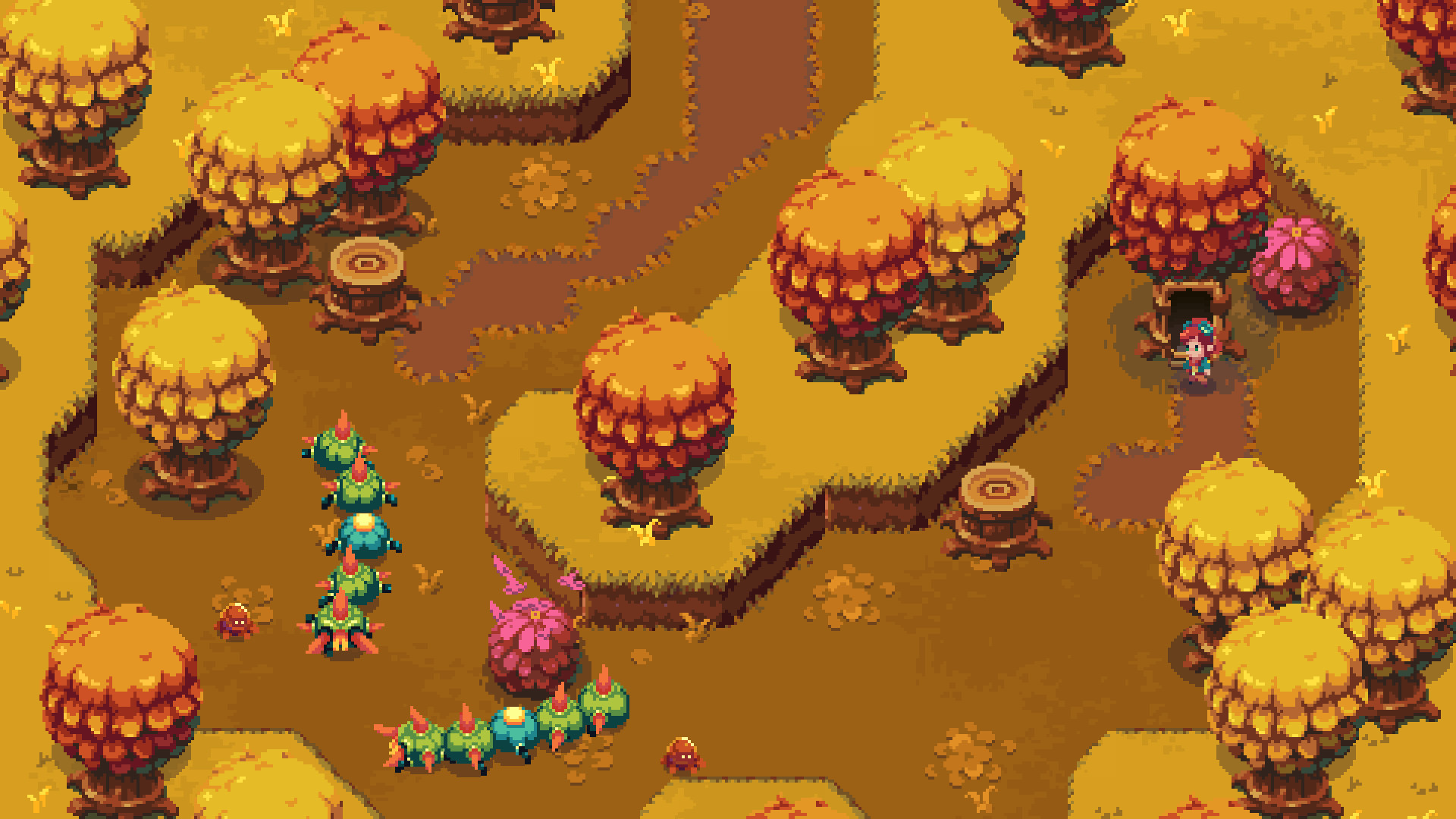 Dying in Sparklite doesn’t mean game-over. When players pass out, they’re transported to a floating town where they can rest, craft gear and interact with its citizens. Utilizing the sparklite crystals collected from fallen enemies, shops can be enhanced and helpful items unlocked. Sparklite is the world’s energy source and is necessary for advancing in the game. Sparklite can be found by killing enemies and smashing environmental objects. The small amount of sparklite I collected allowed me to upgrade my health so that I could brave the environment again. Combat is fast-paced and fluid. There’s a dodge mechanic that helps combat techniques and Ada can use a variety of weapons, from ranged to melee. I eventually found my way to an underground mine where a boss awaited me. He was there to take sparklite on behalf of the Baron, our unknown big baddie. Fighting this boss was tricky, however, as he had some difficult mechanics. Having died a couple of times, I was able to do better each time, but ultimately it was a boss I could not defeat in a few turns.

Nick assured me that everyone who got the chance to demo the game also failed at the boss. Sparklite is a title that offers much depth with whimsical style to fans looking for a challenge. While no hard release date has been announced, Sparklite will come to PC, PlayStation 4, Xbox One and Nintendo Switch in Fall 2019. 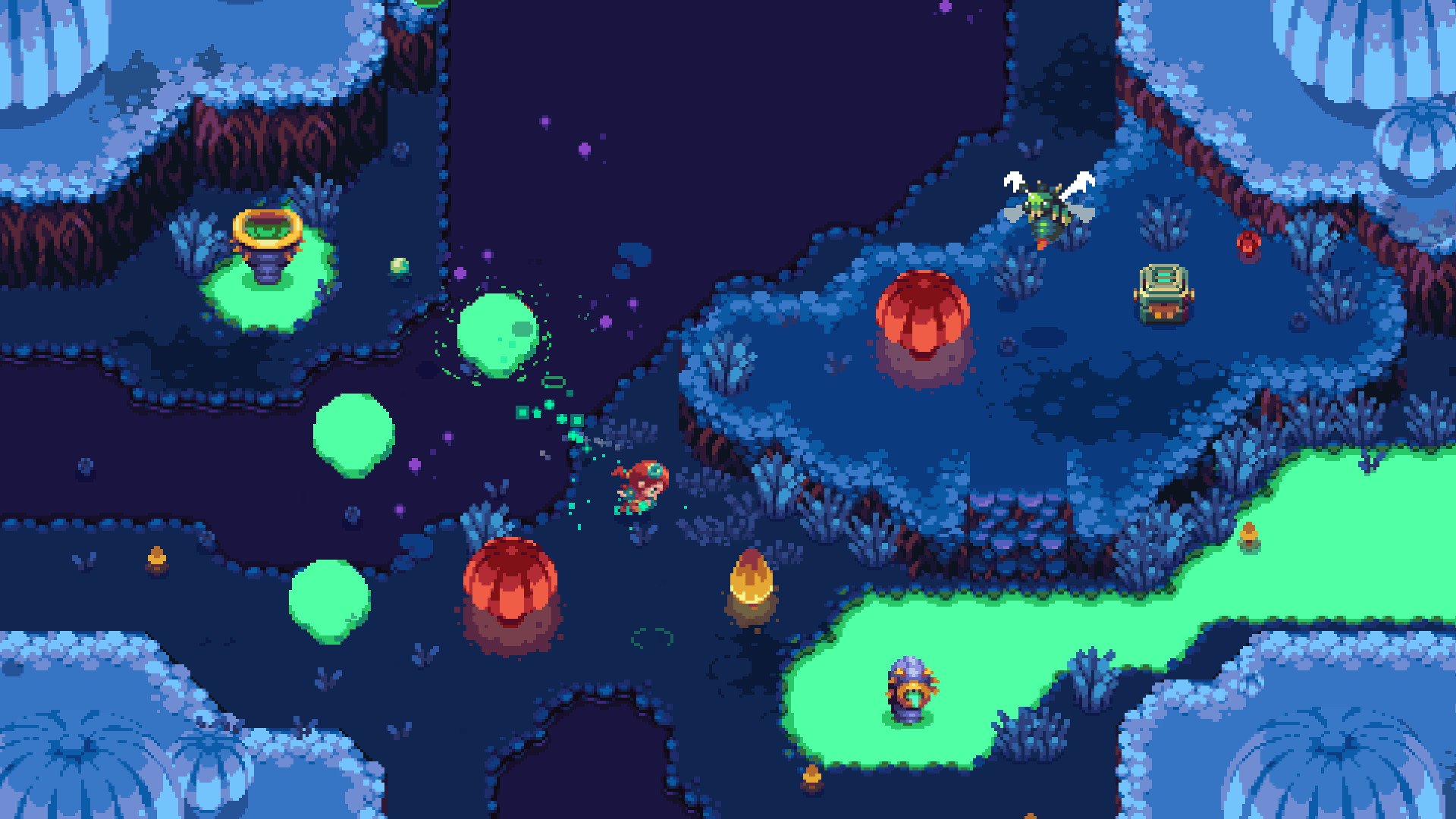 After failing to defeat Sparklite’s boss, Nick thought it apropos to switch over to something much different. Buildings have feelings too! is a quaint management simulator with unique personality. Imagine a world where buildings can walk and talk and each building has its own hopes and dreams. This is the world where players must grow their own city by taking the building’s feelings into account. From Blackstaff Games, this title is a laid-back management sim with gorgeous visuals. The architecture in the title is even molded after the team’s hometown in of Belfast. Some buildings are happy to be next to each other, while others dislike their neighbors. We have options to turn each building into a unique business, like factories, apartments and banks. We must take into account the location of certain buildings and grow our town. Upgrading buildings allows us to find more specialized citizens that can help us grow our town. While we manage town growth, world events can cause our buildings to shut down or be demolished forever. The title even features layered mechanics to the management like pollution, noise complaints and electric supply that add more depth for experienced players. Buildings have feelings too! plans to release on PC and all console platforms late Spring 2019. 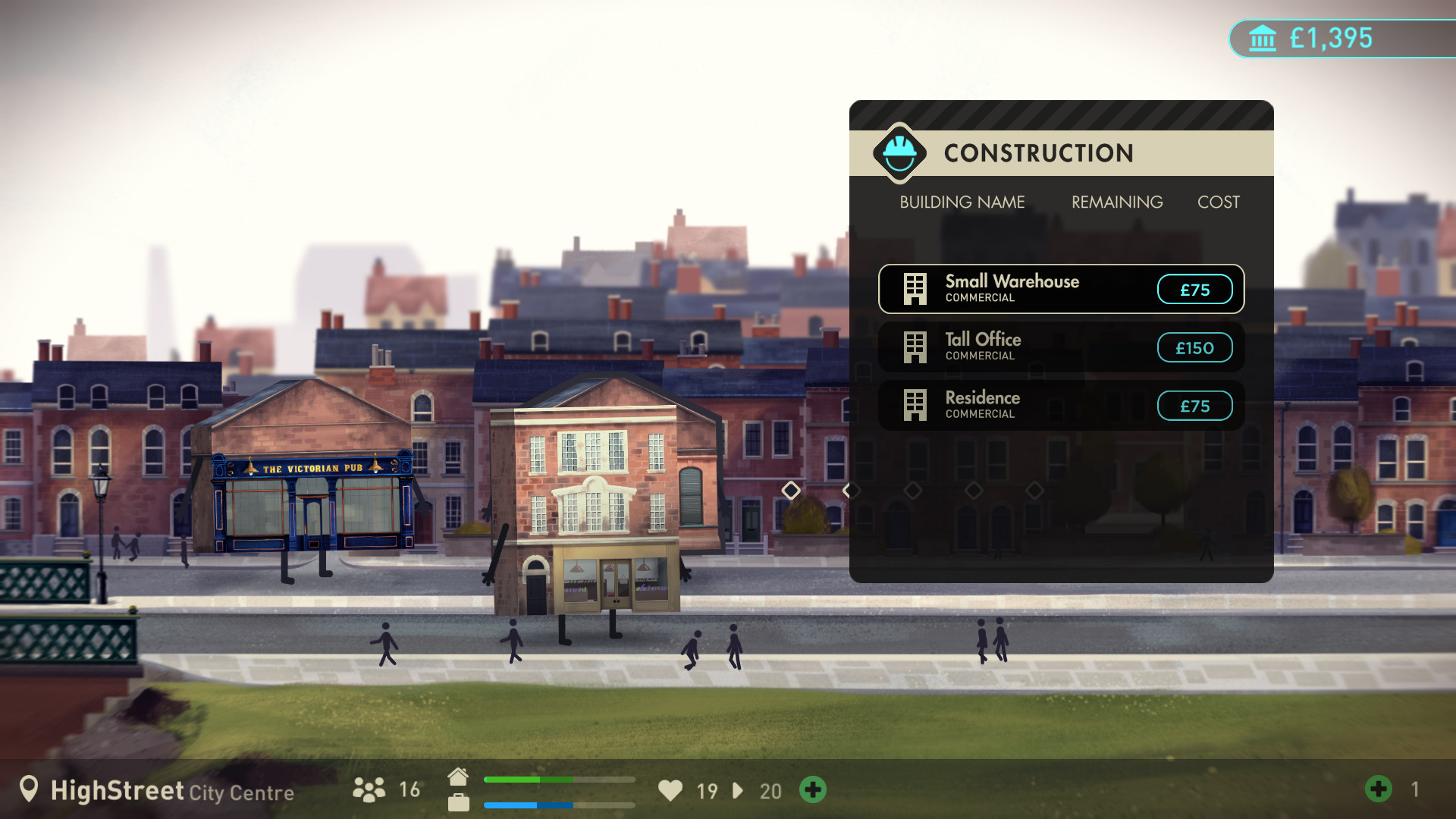 Merge continues to select high-quality titles for its studio. The publisher takes much pride in selecting a variety of titles that can appeal to all kinds of players. Both Sparklite and Buildings have feelings too! are polar opposites, but they both have unique personality. Sparklite brings a refreshing taste to the rogue-lite genre with gorgeous visuals reminiscent of the bit-era with challenging gameplay. Buildings have feelings too! takes a new turn with the management genre by asking us to take consideration for the structures we erect in the town. Not only must we manage the people in town, but we must take care of how our structures are placed. The title asks us to consider the real world implications as we manage its world. Merge continues to show us that, no matter what we like to play, there’s a title for everyone.