There are many who may find mythical beasts and fictitious monsters to be the scariest creatures imaginable. Horror movies and games even fixate upon the undead to amp up the fear factor in many of history’s popular medias. Yet sometimes the most devious and dangerous monsters can hide in plain sight. I’ve long been fascinated by the art of persuasion and its uses, specifically the dark side of persuasion. How was it that one person could indoctrinate so many people to do their bidding in a way where people never feel forced to follow the lead? How is it that they felt that it was out of necessity for a greater good? In situations like these, we get real-life monsters in the form of demagogues and cult leaders who drive their following to do horrific things. These are real people doing real harm and that is truly the most terrifying thing.

The Church in the Darkness by Paranoid Productions creates a whole story from the dangers of indoctrination. Taking place in a remote location in South America, the title takes the real-life events of Jim Jones and the Jonestown Massacre and transforms them into an infiltration game with multiple endings and shifting mechanics. With rouge-lite elements, Church in the Darkness changes in every playthrough to keep players on their toes. We take the role of an ex-law enforcement officer, Vic, searching for his family members who joined up with the Collective Justice Mission to create Freedom Town down in South America. Led by dogmatic preacher couple Isaac and Rebecca Walker, Freedom Town seems like a quaint cooperative on the surface, but as we begin to infiltrate the compound we begin to see that there are more sinister forces at work. 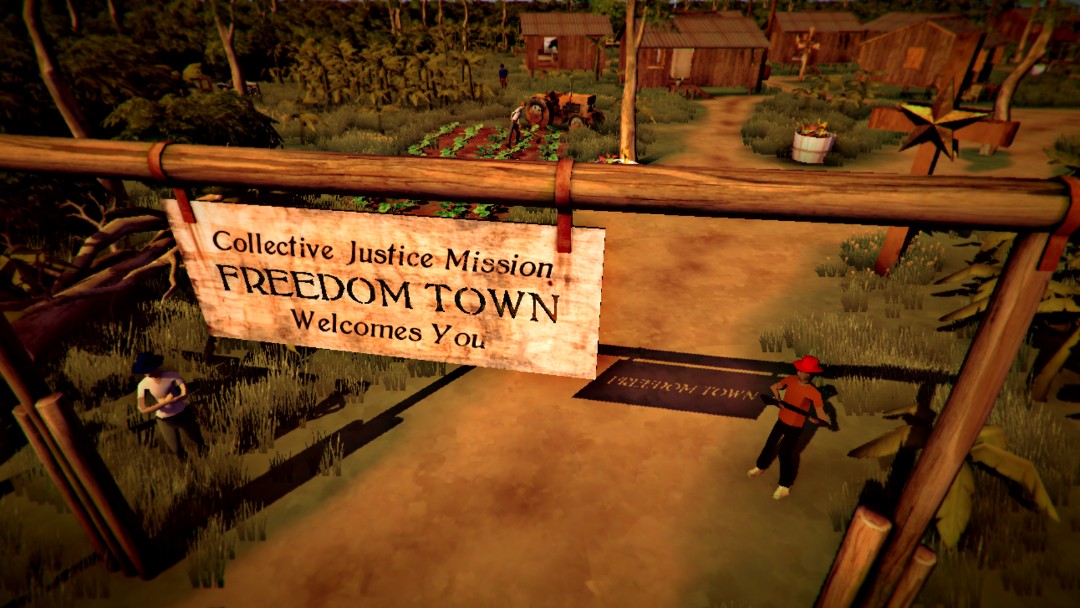 The top-down adventure begins by entering on the edge of the jungle near Freedom Town. We are able to customize our loadout at the beginning of the game with special items to aid us in our quest. Some are for defense, others are used to distract enemies. In a manner similar to games like CounterSpy or Hitman, we are able to incapacitate any patrols we come across. If we choose to knock enemies out, they’ll eventually awaken, so there are options to lock them in dressers and other storage devices. Killing an enemy is possible, but will alert other guards in the area should they come across the body. Even mechanics like casually walking, versus running, can help maintain an element of stealth while searching the compound. Guards will become curious if they notice anything out of the ordinary, but they won’t become hostile until they find an impending threat. It becomes an anxious game of cat and mouse since every playthrough is different with no guarantee of safety.

Making our way through the compound, we see citizens working on the farm or performing other daily tasks. Other sights are not as peaceful when we come across sacrificial altars and ritualistic sites. Much of the story is received through speakers in the compound. Eerily mirroring Jonestown and the blaring of Jim Jones’ voice at a constant, we hear Isaac and Rebecca spout off indoctrinating messages to further entrap Freedom Town’s citizens. Meeting up with our family member, we then begin to unravel the story further which leads into branching possibilities. Even getting caught by guards doesn’t end the story at our capture. Upon waking up after our capture, we get another chance to escape our confines and continue our story. Our capture changes up the story as well by causing Isaac and Rebecca to confront us and be on higher alert. Our capture also changes story elements which are reflected in dialogue options and narrative possibilities. It’s a unique feature combined with rogue-like elements that keeps the narrative going. Instead of starting all over again, we’re given the opportunity to try again with a changing story. 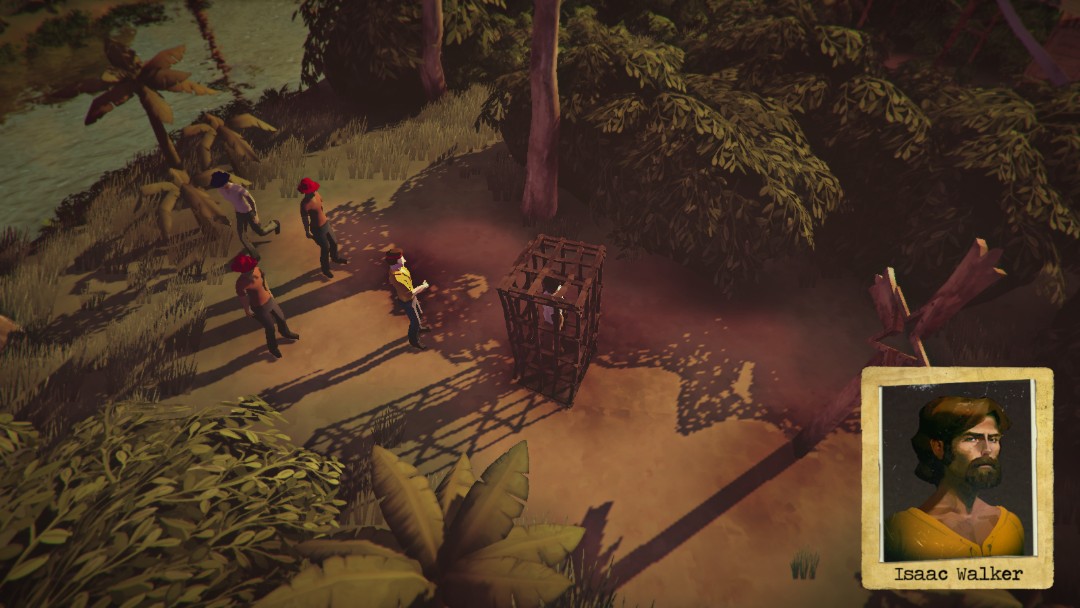 After escaping from my cell, I was captured again and was put in a more complex cage. With the third time being the charm, we’re again able to continue the same story by escaping a second time. Church in the Darkness shows us that getting caught doesn’t necessarily mean game over. I was able to escape again and hide in a closet until the coast was clear, yet I made a miscalculation in patrol patterns and caught the attention of a guard. I suppose I had made the guards so mad that when I got caught one more time after escaping, they decided to just save themselves the trouble and shoot me instead. Thus ended my playthrough and we were back at the beginning. There is the option to try again with the same character loadout or make a completely new loadout. As we progress further and further in the game, we also have the ability to unlock gear we can use in future playthroughs.

The Church in the Darkness adds a unique twist to the rogue-like genre by providing heavy focus around narrative and stealth in its gameplay. With many branching story options, no playthrough will be exactly the same. Multiple endings add an extra layer of replay value beyond the rogue-like elements. Depending on how we tackle our playthrough, we’ll get whatever ending we deserve. The title’s stealth mechanics are intuitively entertaining and even have us think outside the box when it comes to sneaking around. Where many rogue-likes go the way of dungeon crawling and permadeath, The Church in the Darkness utilizes a different formula to keep us engaged. The use of historical events creates a perfect vehicle for narrative and gameplay while forcing us to evaluate our choices in a real-world setting. It becomes a chilling experience as we face off against a dangerous cult shrouded in mystery. The Church in the Darkness is slated for a 2019 release on PlayStation 4, Xbox One and PC.