Hardcore fans of Monster Hunter will have their pick of the lot for how they wish to pick up the expansion into the chilling Iceborne update as Capcom has unveiled two deluxe editions. One is available digitally and will be an add on to the currently existing game, while the other will be physical and include the original and expansion in one. Both the digital and physical version will include special items including one pre-order layer armor set and a deluxe edition armor set, 3 gestures, 2 sticker sets and some new character modifications.

Exclusive to the physical version is the Iceborne Steelbook which features Velkhana and Nergigante on the outside and of course the physical copy of the game. In addition to these, Japan is also receiving its own exclusive special edition which includes a statue of a Palico that can hold a controller, a necklace and figurine of Velkhana, CD soundtrack and some exclusive artwork.

Monster Hunter World: Iceborne is coming out September 6 for PS4 and Xbox One. Check out the Western and Japanese deluxe editions below: 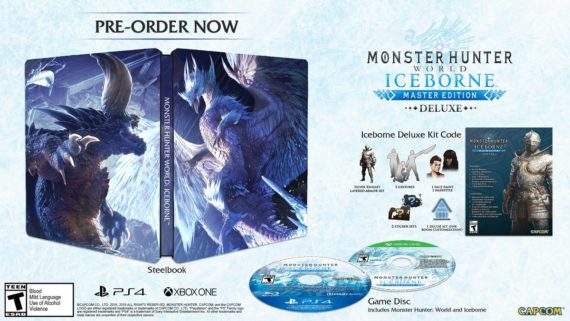 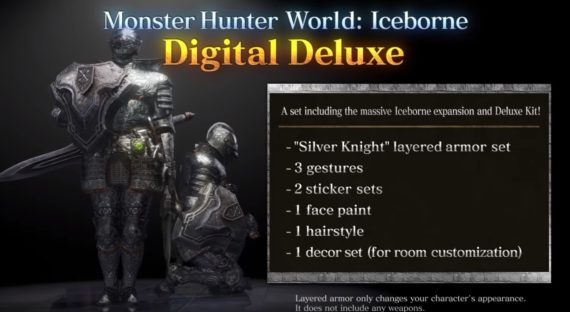 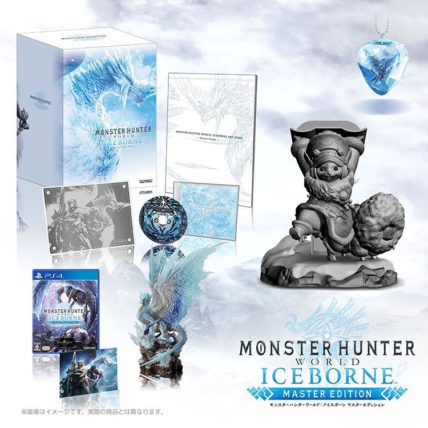