The biggest event of the gaming calendar is just a month away! E3 2019 is going to show off some major announcements and Nintendo plans to be part of it. The company just announced plans for a few days of the event.

First on the list is the Splatoon 2 World Championship 2019 on June 8. The Super Smash Bros. Ultimate World Championship 2019 3v3 also takes place the same day. Perhaps we will hear about new content coming from both those games. On June 11 Nintendo Direct goes live to reveal Switch titles. It says for the year of 2019 so could that mean everything shown will arrive by December? Finally, Nintendo Treehouse Live will be playing games with developers over the course of the event starting June 11.

There is so much excitement for future Nintendo titles like Animal Crossing and Metroid Prime so we will have to wait and see what happens. Catch everything on the official Nintendo website. 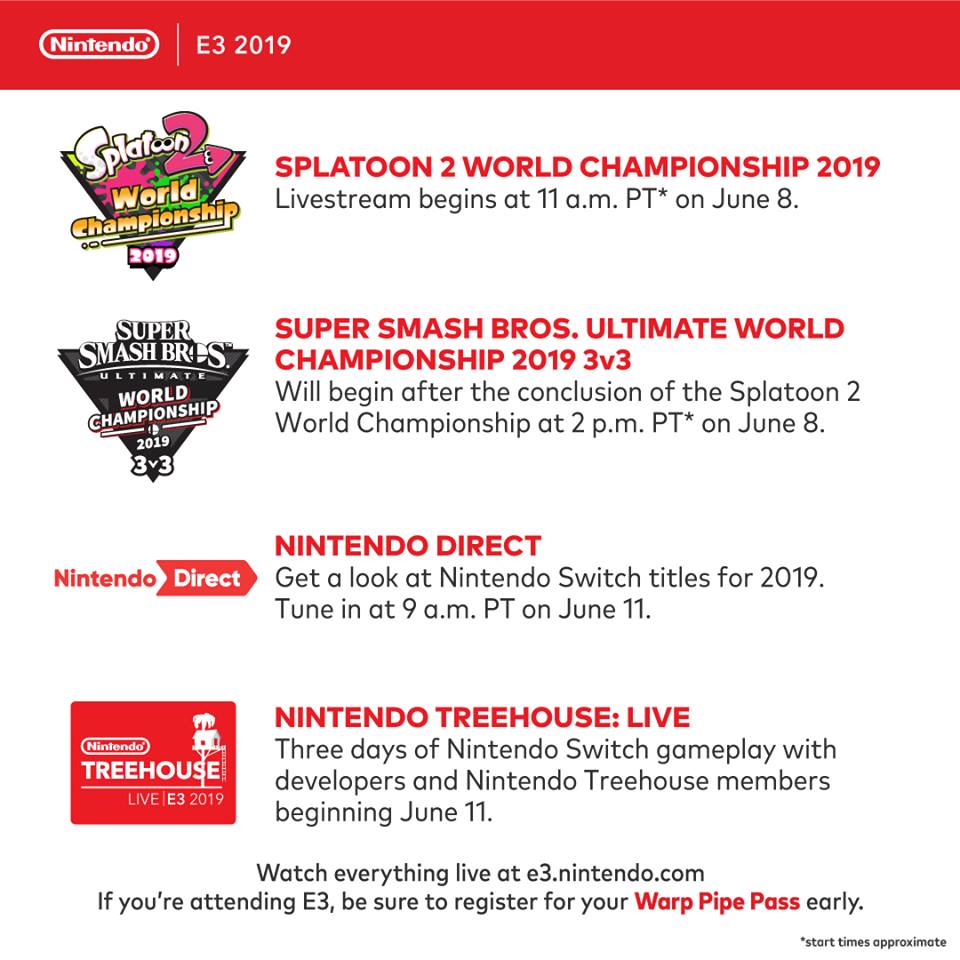