Saints Row: The Third – Full Package finds itself in an interesting position on the Nintendo Switch and it’s very much like the spot the original game was on the Xbox 360. With the lack of a full-on GTA game on the platform, there’s a strong desire for open-world mayhem and with that player demand comes an easy way for THQ Nordic to satiate it. The third entry in the series was a paradigm shift when it was released in 2011 — offering up a far sillier and self-referential take on open-world games and the series itself. It was basically meme culture before that was a thing and in gaming form.

It’s hard to believe, but this is now almost a retro game given that it did come out over seven years ago — so it is put in an odd spot for the marketplace. The game isn’t generally considered old in part due to the franchise not being done to death since this entry, but the game itself is and feels very much like a product of its time with dubstep being so prevalent in the soundtrack. Musically, pop culture hasn’t changed a ton since 2011, but it is akin to something in 1998 having music that was big in 1991 in it amid the whole world of pop culture changing in the interim. Having the game be a time capsule isn’t necessarily a bad thing, it’s just something that roots this in a certain time. 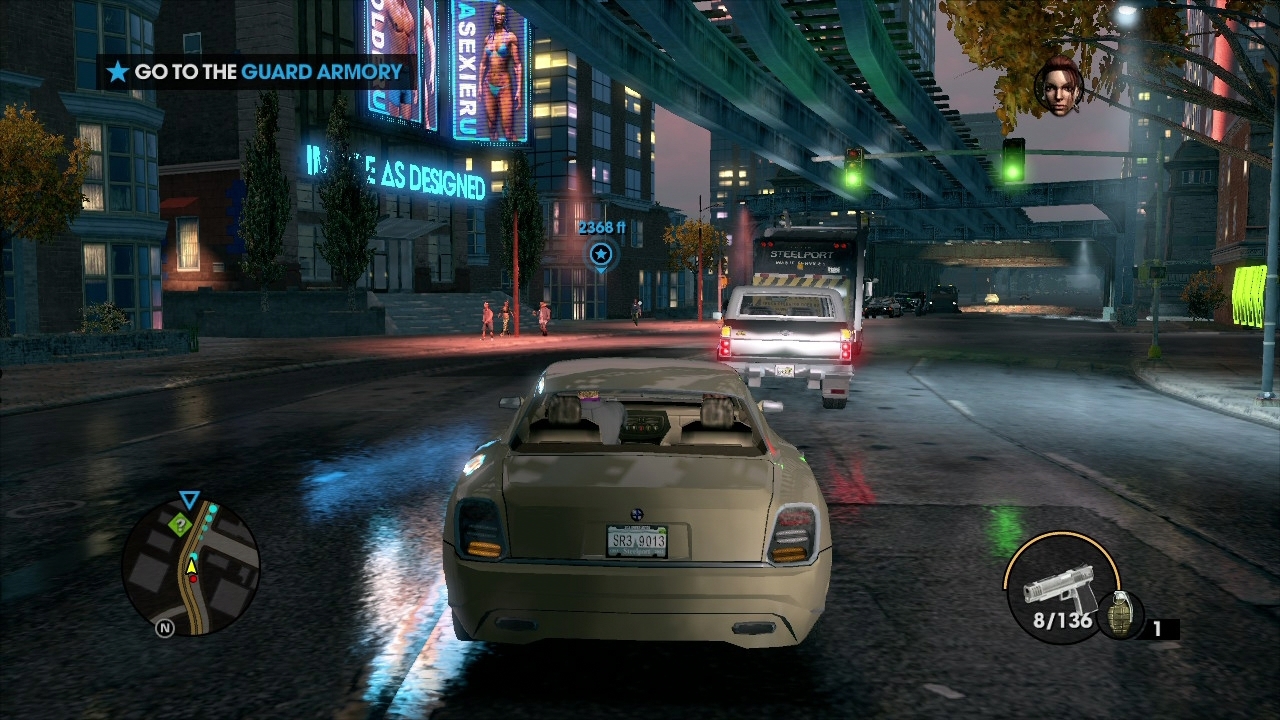 The game has also been released on many platforms in the ensuing seven+ years, with a variety of PC bundles making it an almost no-brainer buy with massive discounts on Steam even if you missed out on the Humble Bundle for it before the original THQ went under. If you have the game already, whether it be via Xbox One backwards compatibility or on PC, is it really worth buying again? At $40, just who is expected to buy the game that doesn’t already have it? Many latter-day re-releases on Switch also come out alongside other versions — IE, L.A. Noire Remastered hitting day and date with the other versions to offer up a portable version of the same core experience on console. With the console releases being so far in the past, it would appear that this is aiming for either younger players who have heard of the game but haven’t played it or those who are nostalgic for SR 3.

It may seem odd, but remember, this is an end of the decade re-release of a game that is almost eight years old. This decade has flown by, but in real-time, it’s not much different than SNES owners re-buying Super Mario Bros. 1 because it was presented in a new light. While that isn’t the case with this game when it comes to its graphics for presentation, you do get to play the game on the go for the first time ever — barring portable PC devices like the WinGPD that are niche products at best and aren’t fully-optimized for gaming like the Switch is. 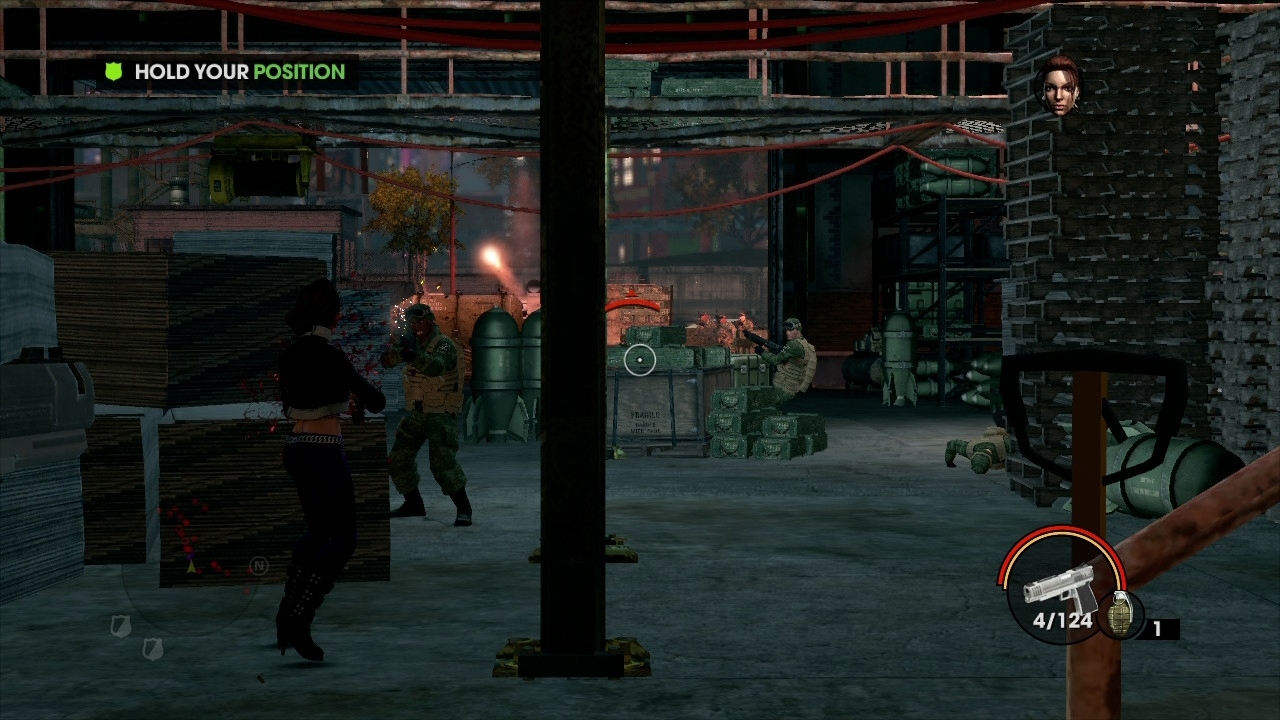 Playing on the go is the main reason people will be looking at the game in 2019 — at least as a new release, and it’s amazing how well it holds up in that format. While the default Joy-Con controls are far from comfortable for fast-paced shooting, the smaller triggers do work nicely for melee combat. Driving controls feel natural with the diminutive triggers and the stick controls for movement and camera controls are fine. The Pro controller is the best way to go when it comes to controlling the game, and unfortunately, there’s no gyroscopic control for aiming. This is both a blessing and a curse as trying to use that amid some of the odd angles you find yourself in while in gunfights would probably be even harder with motion controls too.

In terms of overall look and feel, Saints Row: The Third makes a smooth transition to the Switch. In handheld mode, there’s a bit of iffy texture work for clothing — but environments themselves look good. Reflections are impressive in portable mode and the core game looks about the same, only at a slightly higher fidelity, when docked. Performance is impressive on the go, with vehicular traffic and all of the mayhem associated with it like explosions flowing reasonably smoothly. Things do chug a bit during screen-filling explosions, but not to the point of killing your timing ala Just Cause 3 a couple of years ago. 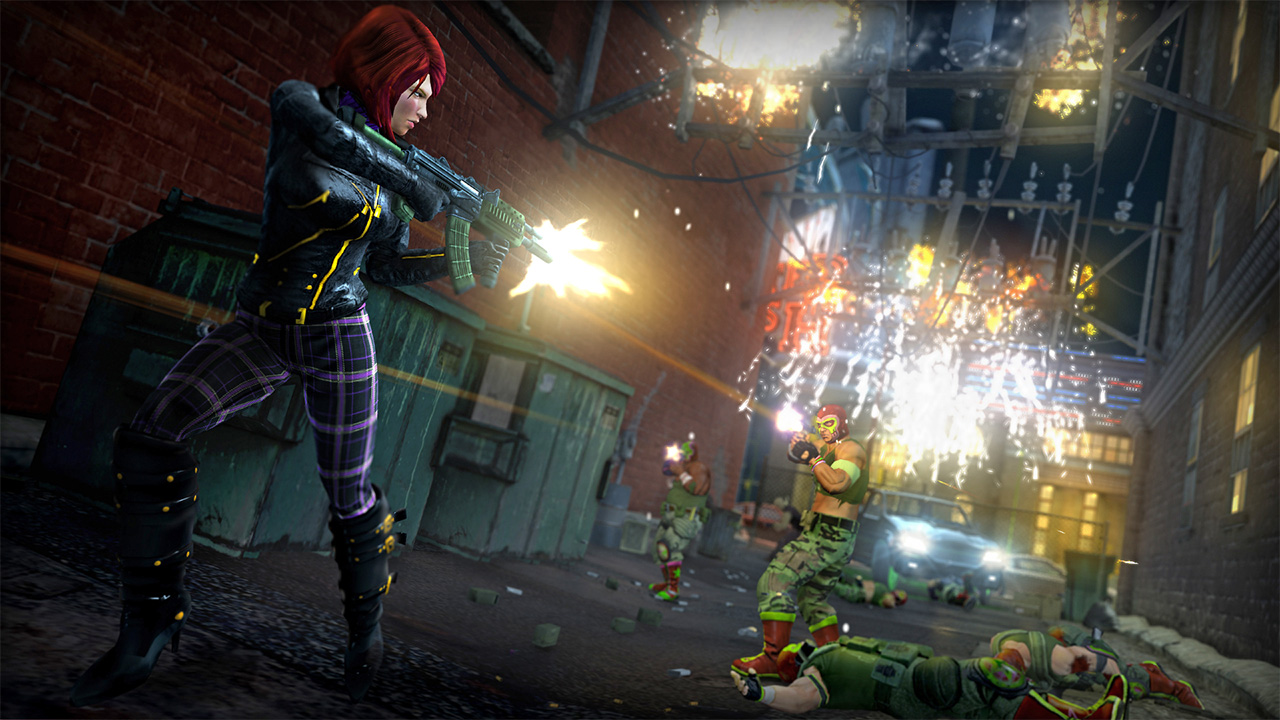 L.A. Noire was the first big large-world game on the system and it suffered some big drops in portable mode. That isn’t the case here and so far it appears that Saints Row: The Third offers up the best performance of an open-world game in portable mode. Framerates are consistent and detail levels remain high on most parts of the world. This isn’t the best-looking way to play the game with the PC version allowing for higher-fidelity assets and higher resolutions, but there’s no better GTA-style game on a portable device now and it’s entirely possible that early day wrinkles will be ironed out in time.

Saints Row: The Third sounds as good as it ever did on console or PC — and does benefit from listening with a nice pair of either headphones or earbuds on the go. The audio depth of having music, shooting and character dialogue all spread out over both ears really adds to the experience. Having not played through the game since its original release, it was a lot of fun to remember when the series had a blend of the original’s gang wars and the fourth entry’s surreal humor – it straddled the line between the two styles and did so quite well. 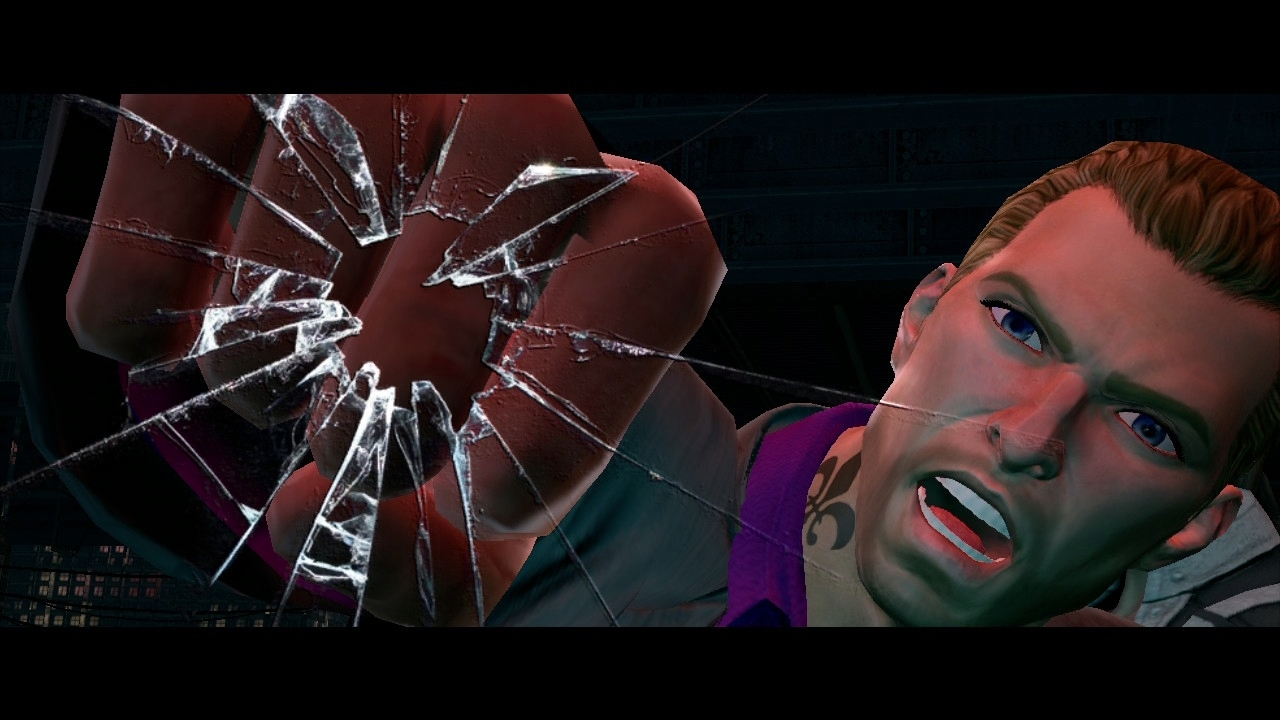 In the end, Saints Row: The Third on Switch is going to appeal to two distinct groups of people — those who have never played it before and figure they might as well do it with a version they can take on the go or those who are nostalgic for it. There’s a chance that this will be the first Saints Row game for some, although that is far more likely if someone has just stuck with Nintendo hardware. The Full Package provides a lot of content to enjoy, especially when it comes to ridiculous outfits and vehicles. This was the final entry that really felt like a GTA-style game and one that also saw the series gain its own identity. To many, it’s the definitive entry in the franchise and after playing it again, I’m inclined to agree. If you want to play it, this is a fantastic way to do so, even with a couple of graphical shortcomings.