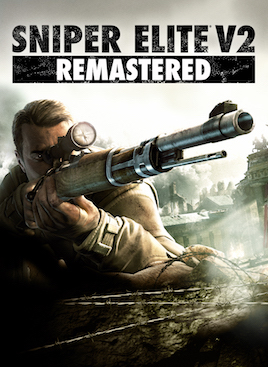 Delving into a remaster can be a double-edged sword, particularly if one’s time is spent solely on console, and a single platform at that. It is of course beneficial in an age — strange as it may still seem — where Nintendo’s own console, the Switch, is getting third-party support. Support that finds titles releasing the same day as their Xbox/PlayStation/PC counterparts. The novelty of handheld portability has its pluses, but as the reality of the Switch’s hardware limitations stare us straight in the face, how far these games — these remasters as they so claim — have improved upon their original incarnations is always going to be the question many will want answering. The crux to the Switch’s hybrid allure of being both a home console and portable device alike: just what corners, if any, have been cut, and can a remaster still look and play like a better experience than its originator?

Of course, Rebellion’s Sniper Elite series is no stranger to a Nintendo platform — the original V2 having released for the Wii U way back when and while this isn’t the developer/publisher’s first rodeo getting to grips with the console, it’s perhaps their most high profile release thus far as we come to Sniper Elite V2 Remastered. Stepping away from talk of its performance on the Switch for a moment, it should be duly noted that returning to V2 Remastered still delivers on that same delightful, tactical style of play that the Sniper Elite series has built its name off of. At a time when standards for first/third-person military shooters, though high, seldom waned from the same line of trajectory, V2 just as it was all those years ago holds that peculiar uniqueness to its more tactile and methodical approach.

Aside from appeasing each and all our desires to be that ruthless, secretive sniper perched atop a debris-riddled building or watchtower of course, whether it’s keeping a watchful eye for other enemy snipers or waiting for nearby noise to mask your rifle fire, Sniper Elite still distances itself from the usual extravagance of conventional shooters. Doing just enough for even the core mechanics at the heart of its gameplay to still shine through. To be more tactile and strategic with your shots — compensating for such things like wind and bullet-drop, particularly when playing in Sniper Elite mode where all hints and assists are disabled and that pivotal shot becomes just that. And in the heat of things, getting hit and seeing your aim sway wildly — lining up that next shot either proving more difficult or ruined entirely by the enemy’s fire. 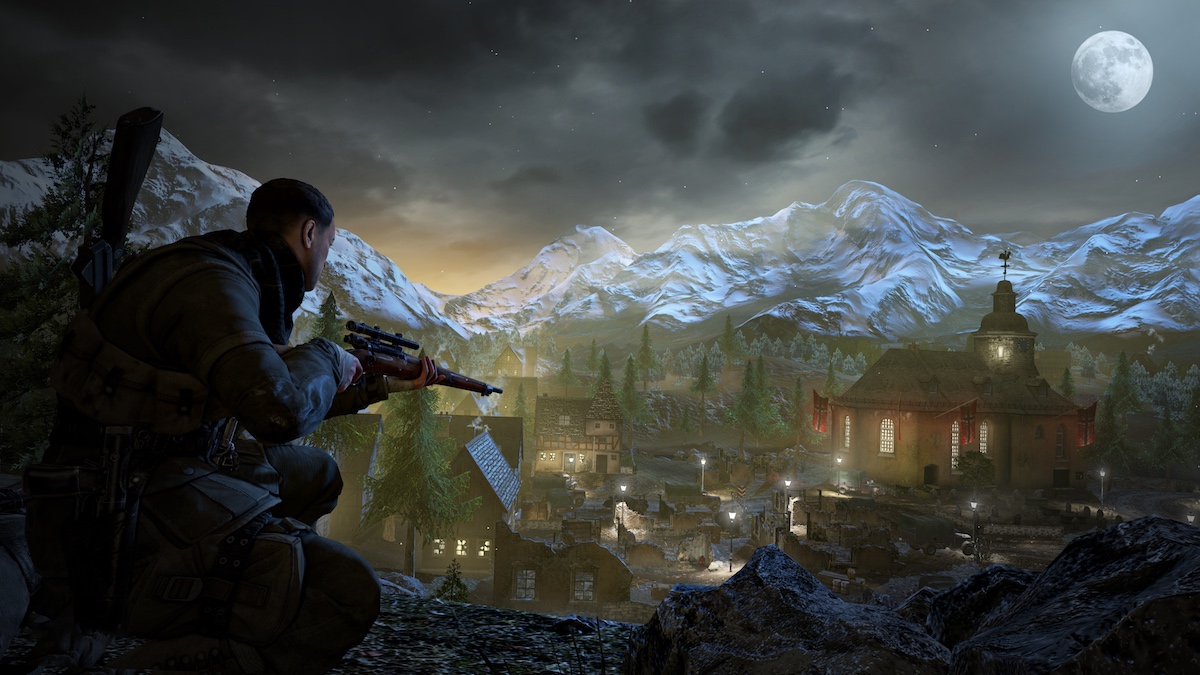 This approach to the third-person shooter still has its joys and it’s for this very reason why the run through its single-player campaign — as aged its general design might seem on occasion — is still met with solace and gratefulness to the simple-yet-effective ideas Rebellion have put down. The joy still, in seeing your work play out in front of you. In watching the staple slow-motion bullet-cam charge through environments, landing anywhere from a soldier’s knee caps right the way up to their skulls. Even scoring a double-kill or ricochet should you take up the game’s very many [blatant] opportunities and watch as a single bullet incurs serious damage. But beyond such welcome appreciation, V2 Remastered does just enough to offer a sufficient leg up on the original — in a way coming across more, unintentionally, as a fond look back on how the series has evolved over the years. How Rebellion eventually found the confidence to break away from the previous narrow streets and coaxed guidance of one set-piece to the next — to what Sniper Elite 4 so wonderfully offered us in 2017.

The series’ most recent efforts excelling on its more open environments and optional detours. That signature gimmick that is its kill-cams just as entertaining to watch here, added to through some additional detail in its gore and violence on display. But it’s clear that V2 Remastered can no longer hold real reigns over such a pleasant gameplay loop thanks to its successors and it’s the nostalgia for what made Sniper Elite an intriguing detour away from the usual WW2 affair in the the first place that may well be the highest V2 Remastered reaches for so far as positive outlook. Higher detailed its textures may be and improved its use of lighting and other graphical niceties so clearly is, V2 Remastered is far from the clinical, pinnacle and ideally-complete package long-time fans may have hoped for, coming into this. Less so if you’re banking on the Switch version to give you such a complete retrospect. 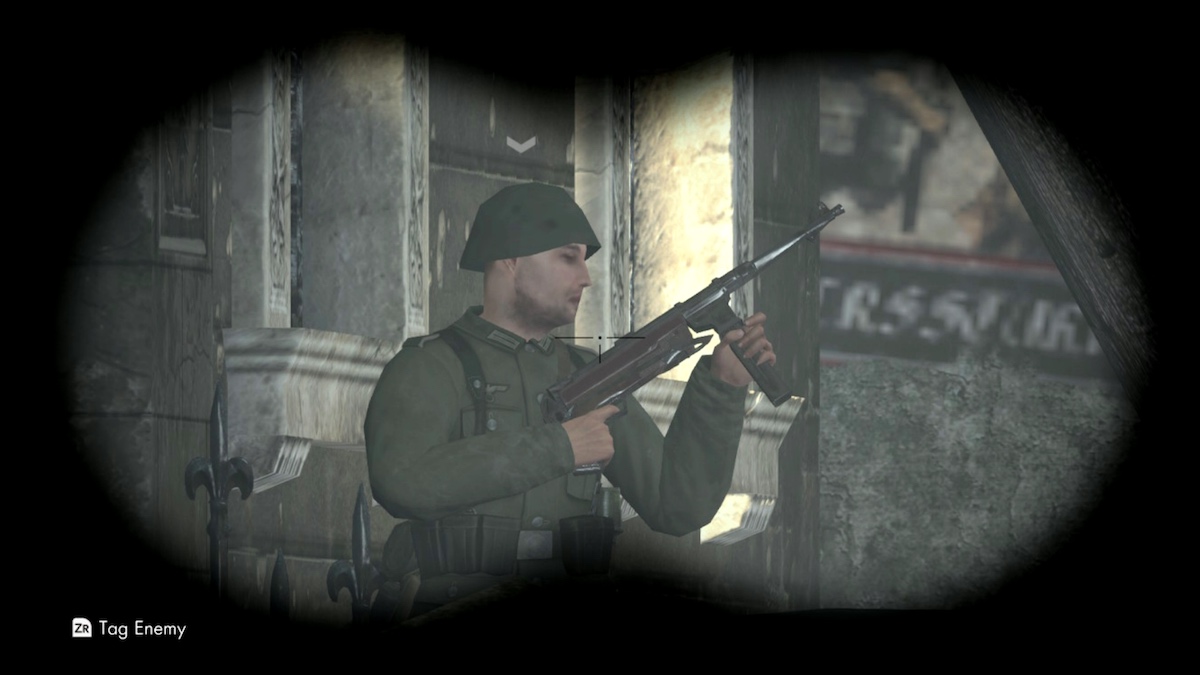 The persistently, unpredictable nature of enemy AI for example — one minute omniscient, the next not so much…though their emphasis on rushing your position is a level of intelligence many a game past and present are lacking — and its lack of touch-up is partly the reason why this feels far from a true remaster and more a quick brush-up with no consideration to smooth out the original’s notable rough edges that weren’t simply its visuals. Regardless of whether you’re coming to the series completely new or not — better/worse yet are coming to it because of the hybrid allure of the Nintendo Switch — those rough edges become far more in number and sadly a lot more visible to so easily ignore. Case in point: draw-distances that can often render enemy AI in almost N64-like amalgamations of broken polygons and less-than-pleasant facial features.

Textures too at a distance are weirdly selective in their render, complimented by some higher-res and some that aren’t. Had the Switch iteration’s reliance on such things like frame-rate been present, then maybe the awkwardness of such imagery could — could — be contested. Instead, V2 Remastered‘s confinement to 30FPS, restricted by hardware limitation it may be, only adds to the notion that Switch owners may be a feeling even more short-changed with the package. It’s in Handheld mode where these cut-corners and necessary sacrifices are, if not lesser in number, less-prevalent in-game. Cutscenes though still offer characters with that gormless empty look about them — especially in their facial expressions — and while such moments are usually no longer than a minute or two tops, the deprived environments during such scenes can unfortunately ring a degree of hollowness about the presentation at their worst. 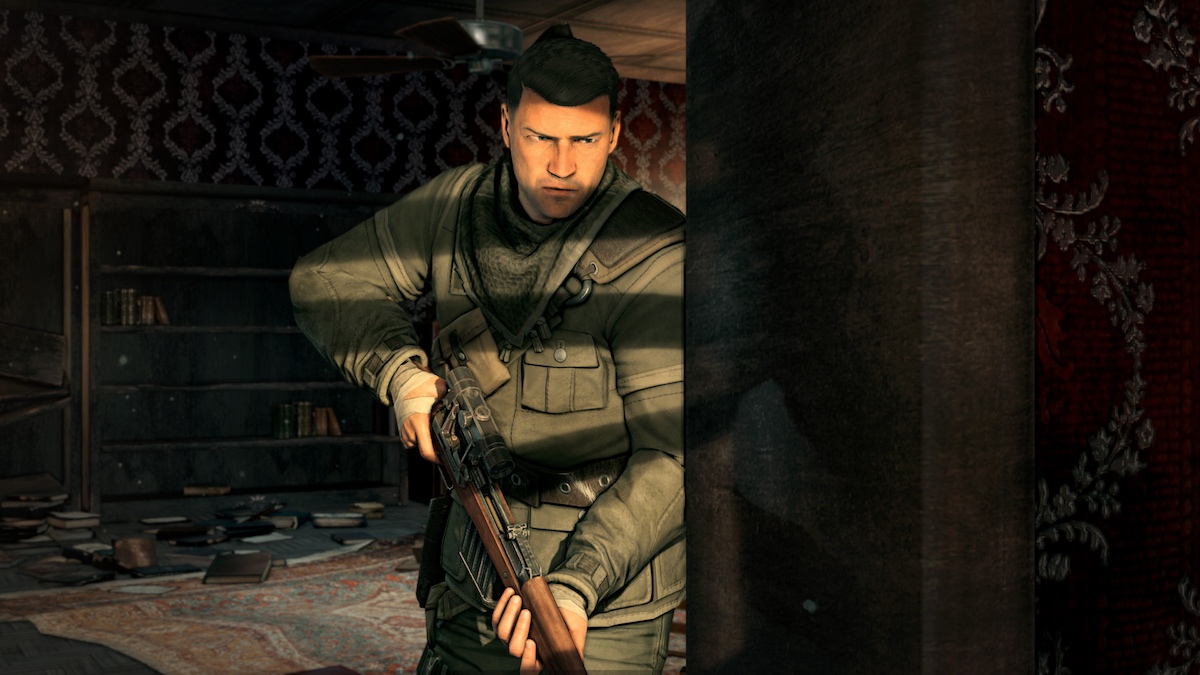 It’s a shame that the original game’s clunky control scheme away from the role of marksman, becomes evermore a nuisance when players are (be it through their own making or not) thrust into stand-off moments and frantic use of one’s additional weaponry — whether that’s the many SMG’s and automatic rifles, handguns or even the trustee Welrod which serves as a silenced pistol for those inevitable close encounters — and the system’s Joy-Con analog sticks make aiming an even less enjoyable affair. But one thing that V2 Remastered offers (no matter the platform) and succeeds on is the gathering of the original’s previously post-release content — particularly the fact that all primary marksman/sniper rifles are unlocked from the very start of the main campaign. It’s here where the remaster gains a slight investment edge over the original.

The intriguing dilemma in deciding what rifle to take into a mission — whether to stick with the standard M1903 or perhaps experiment with the more popular variants such as the Mosin Nagant or the Kar 98k. Deciding which attributes or areas of a weapon to perhaps sacrifice in favor of something else — do you prioritize zoom over clip size; is it a case of steady aim over reload speed — proves far more than cosmetic addition. Character selection by contrast is entirely superficial with only your appearance and the brief grunts and cries of pain in-game altered — cutscenes, similarly, remaining unchanged from the main protagonist. 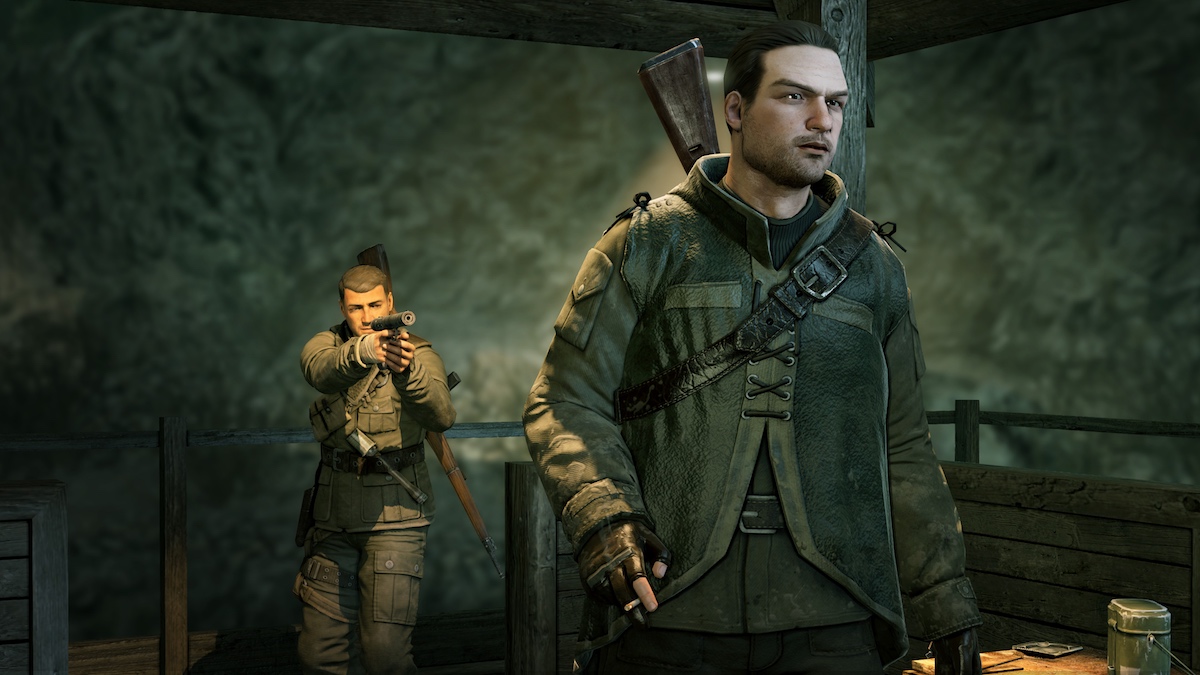 It’s fortunate that the series’ brutal kill-cam’s and strategic emphasis in gameplay persist here, as it’s clear that V2 Remastered is far from complete a package the “remastered” brand might suggest. Though there’s an air of nostalgia and goodwill towards Rebellion and their continued efforts to keep this IP as entertaining as it remains, Sniper Elite V2 Remastered seems primarily focused on touching up the most selective of visual and graphical assets, and little else outside of it. Immediate access to the game’s arsenal of weapons, though appreciated — and opening up a welcome extension to the core tactical prowess the series has flourished on — the continued presence of issues from the original and the game’s now-aged design end up working against it. Moment-to-moment marksmanship still as delightful a spectacle to watch, as much partake in, as a proclaimed improvement on the original, V2 Remastered falters just enough, unfortunately, to fall short on that achievement.