Open-world games aren’t always all they’re cracked-up to be. They all offer large maps and sandbox gameplay, but only a few have managed to make such features feel fun. Having a large map means having to develop an interesting way to cross it, otherwise it’ll just be in the way. Likewise, a game’s sandbox activities need to compliment the core gameplay lest they become boring busywork. Without the necessary supporting elements, open-worlds actively hurt their games rather than help them. The damage is so great in fact that they can easily take an otherwise excellent game and turn it into something that’s just a little above average. This is exactly why Rage 2 is so much more disappointing than it should be.

With its satisfying weapons, deep upgrade system, engaging combat and colorful art style, Rage 2 should be a consistently fun experience. Instead, it’s only intermittently entertaining with all its enjoyable qualities contained to short bursts separated by long stretches of scavenging and driving from place to place. Neither of these activities are bad things in and of themselves, but they just don’t jive with the rest of the game, at least not in their current state. It would be one thing if the player could just ignore them and focus on combat, but engaging with them is necessary if one wants their Ranger to keep getting more powerful. 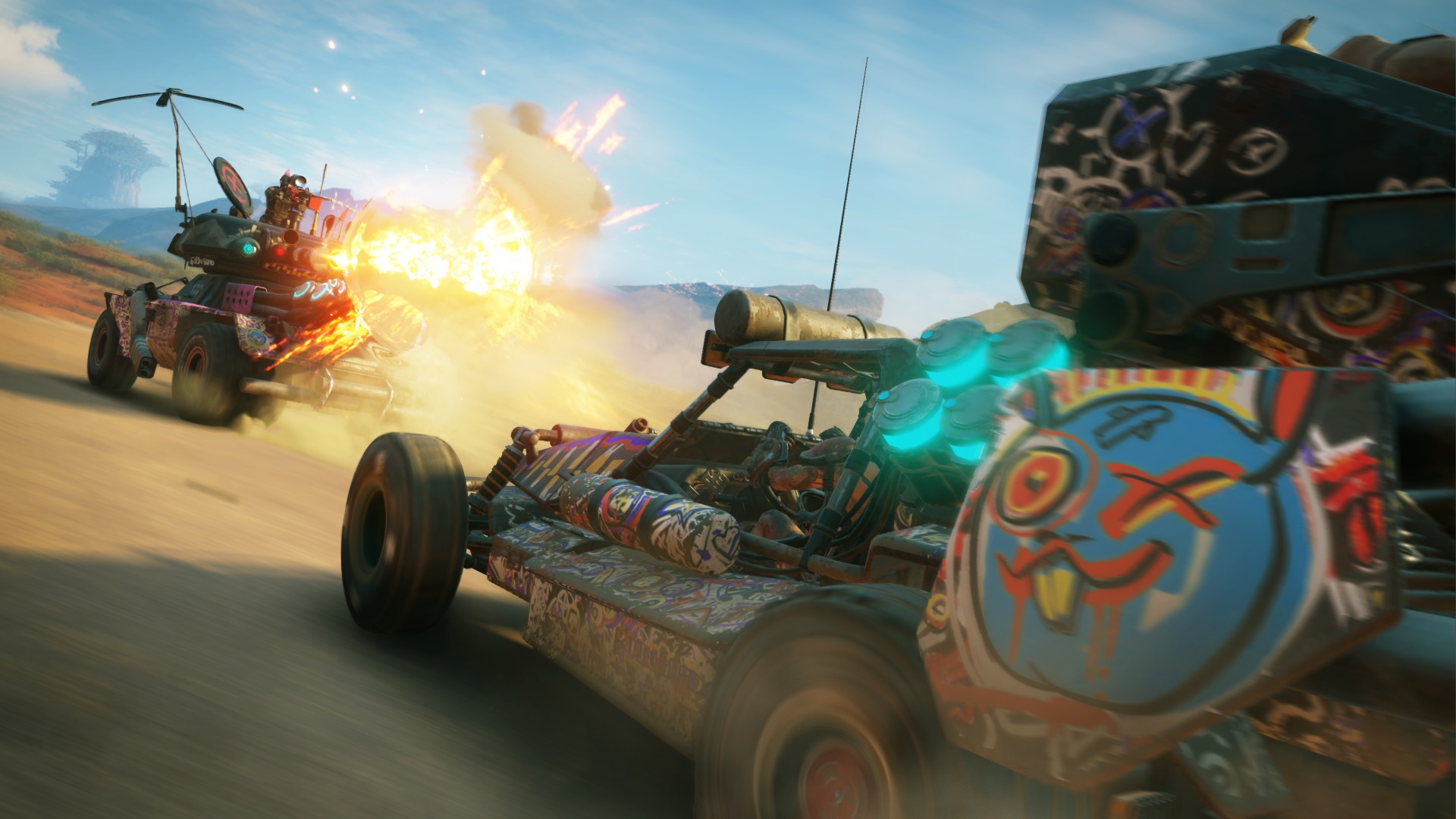 The overall point of exploring Rage 2’s wasteland is to make one’s Ranger stronger. Getting stronger requires the gathering of resources, and the only way to do that is to venture out and ruin some bandit gang’s day. Okay, no problem; fighting is the best part of Rage 2 by far. The Ranger has to get to where the bandits are first, though, and that means driving. With a racing game mode featured prominently in the pre-release media, one would think that Rage 2 would have an enjoyable driving system. What’s actually there, though, is just passable.

One can get where they need to go and shoot enemies easily enough, but that crucial fun factor is missing thanks to every car handling about as well as a brick on wheels. It also doesn’t help that little to nothing happens while in transit. It’s just minutes of driving along a long and empty road until arriving at the destination. Neither the environment nor the driving is used to offer interesting gameplay, so why include them at all? Avalanche might as well have reduced the size of the map and made everything within walking distance.

As for the post-fight scavenging, Rage 2 would have been better-off following the example of God of War rather than that of Fallout 4. God of War only asks the player to look for a small amount of important items to fuel their upgrades and one need only look for them after a comparative handful of fights. Rage 2 and Fallout 4, on the other hand, have players constantly scrounging for every little scrap they can find. They have to, because otherwise the open-world aspect of the game would become even more of an annoyance than it already is. 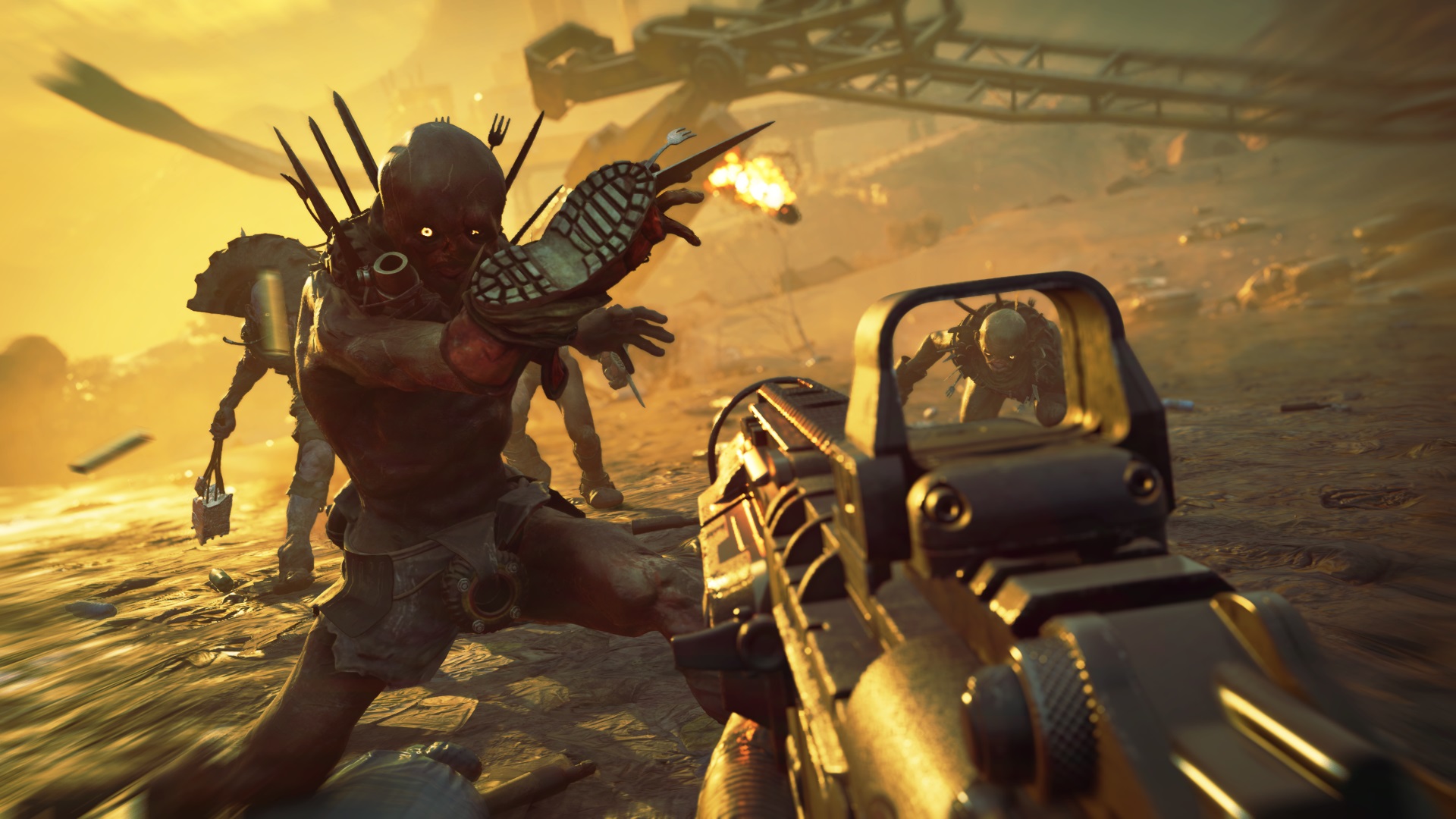 Rage 2 isn’t as far gone as Fallout 4, but it still asks players to stop what they’re doing and hunt around every location for items and containers that are often hard to see amidst all the junk. One could argue that lots of resources are needed for a deep upgrade system, but that’s not necessarily true. Rage 2 players are engaging for the combat, so the developers would have been better-off doing something that served it. Finding an elaborate stockpile with one or two important items would be much more rewarding after a big fight than having to hunt around for stuff. Even a simple reward screen would better serve a combat-oriented game like this. The only reason development didn’t follow either of these routes is that they don’t do anything to justify the open-world.

There are times when having an open-world is a boon and times when it’s a bane. It’s a boon when the whole game is built to support it. Games like The Legend of Zelda: Breath of the Wild and Horizon: Zero Dawn are perfect examples of this. Their open-world environments are their foundation and every other feature present is there to strengthen it and make it enjoyable. Rage 2 is an example of the opposite; its combat is its foundation and the demands of an open-world environment hinder the player’s ability to enjoy it at every turn. There’s nothing wrong with wanting an open-world in one’s game, but it either needs to be the game’s core or at least compliment it. If it doesn’t, then the result will be just like Rage 2: a game that plays well, but is greatly weakened by a map that’s just plain too big for it to properly handle.