Since 2010, the Neptunia franchise has delivered a wide variety of wacky games across all kinds of platforms. What began on the PlayStation 3 with Hyperdimension Neptunia and a unique blend of JRPG and gaming parody has morphed into different kinds of games. Action RPGs have been used alongside tactical RPGs and even a VR entry. Now, the franchise is back with a new genre to tackle – bullet hell shooters! Neptune is out to defend the 8-bit universe in a fast-paced shooter that starts off tough, but quickly showcases a bit more depth than one might expect.

Neptunia Shooter throws a lot at players, but offers up a wide variety of ways to defeat foes over the long haul. You start off with a shot that can be chained together either by holding down the fire button or pressing it each time. The latter approach has more finesse to it and rewards accuracy with a healthy sense of accomplishment – but does leave you more prone to taking damage as well. The former approach is perhaps a bit less elegant, but results in a more fun and frantic experience with the caveat being that it also creates more chaos on-screen. 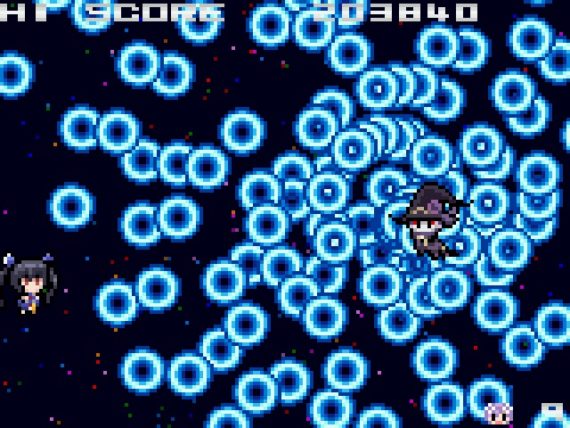 While early stages aren’t insanely loaded with stuff, you will wind up being in areas filled to the brim with things coming your way – and that can make it easier to lose sight of what’s coming towards you or simply confusing attacks you’re executing with the attacks you’re taking. Each level has a boss battle, and defeating them allows them to join your party – giving the franchise’s RPG roots a bit of a nod here in this bullet hell romp. Each character has a different style, so while Neptune is great from left-to-right, Iffy is better from right-to-left and offers up a completely different way to play. Compa is fantastic for areas where you get bombarded from below as her pill attacks act as short-range explosions of sorts to take out foes quickly.

It’s a simple game to learn, but a tough game to master and offers a fair, ever-present challenge increase as it goes on. For those used to the RPG fare of the series, it’s definitely a bit of a shock to the system – but for shooter fans, it will be a fun romp. Levels are short and sweet, but Neptunia Shooter’s mixture of a shooter with a rogue-like means that death is something you have to avoid at all costs and only having three hit points forces you to play defensively as well as offensively. Six stages await the player and each has a pretty unique feel thanks to an ever-changing array of enemies. In that regard, Neptunia Shooter works better than a lot of games because of how fresh each stage feels. What’s here isn’t great in quantity, but the quality is pretty high. 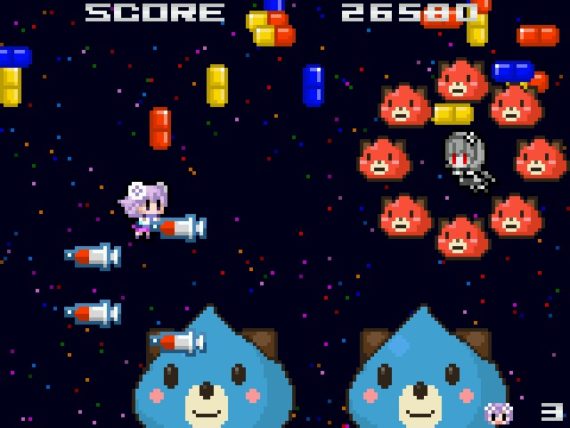 Neptunia Shooter isn’t going to be everyone’s cup of tea, but if you like bite-sized games, it’s a great one. Until May 28, buyers of Neptunia Shooter can save 20% and take its price down to $3.99 – although at a mere $4.99 at most, there’s a healthy amount of value for not only fans of the series, but also those just wanting a quick shooter to enjoy in their spare time. It’s only on PC now, but its setup makes it a perfect fit for the Nintendo Switch – so hopefully it will see a release there one day too.