It’s always fun to peek inside the box and look at all the goodies.  While the still-sealed collector’s edition retains its value, it’s also a sad and lonely thing that will never be played, entombed forever in a micro-thin transparent shroud that allows no joy to escape.  Unboxing a game not only lets everyone see all the work and effort put into the design of a fancy edition but also frees another copy into the world.  The plastic wrap must die so the game can live, finally able to show its wonders to the world.

Today’s unboxing is the Signature Edition Games version of Bomber Crew: Complete Edition, a different kind of World War II flight sim.  Instead of flying the plane you command the crew, using all their skills to keep the plane in a semi-functional state even as the enemy tries to shoot it from the sky.  Multiple gun turrets in the front, back, top and bottom of the plane can’t all fire at once without causing more damage to your own aircraft than the Axis powers, so you’ll need to shuffle the gunners around while the pilot flies towards the next target and the bombadier keeps an eye on the ground targets.  The skies of WWII didn’t have a particularly high survival rate so coming home requires you to be the kind of commander who can multitask and make good judgement calls on the fly, giving the crew enough experience so the next mission’s odds of success are just a little better than the last.

Bomber Crew comes in the box style Signature Edition debuted late last year, which significantly upgraded the presentation of every element of the packaging.  It’s basically the size of an old PC game, with a thin cardboard slipcover over the sturdy box holding everything inside.  The outer sleeve has the game’s cover art with the signatures that give Signature Edition its name, while the inside is the handsome standardized black box with silver logo. 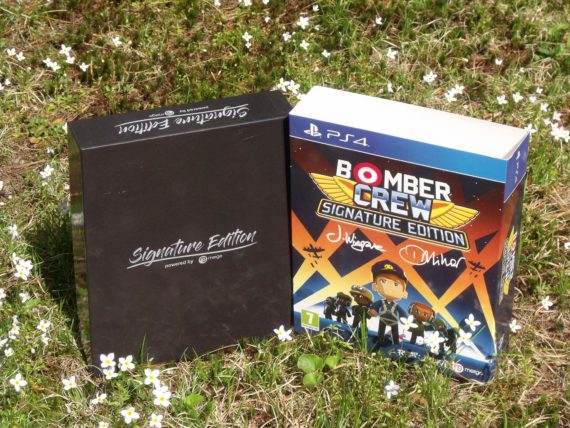 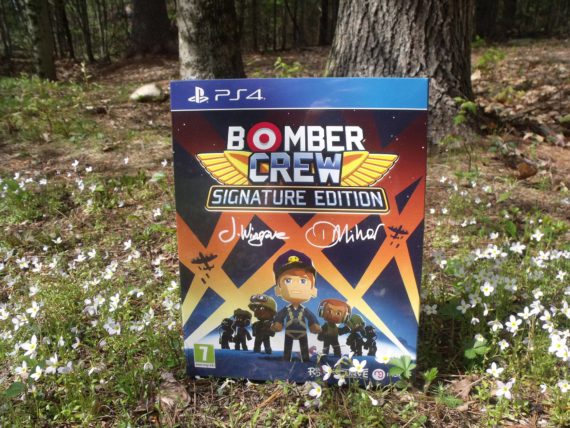 Popping open the top reveals a mini-print of the bomber flying against the sunset, which is a nice way to be welcomed to the content inside.  Below the print is the individually numbered collector’s certificate, verifying to any who might doubt the game’s authenticity that all is as it should be. 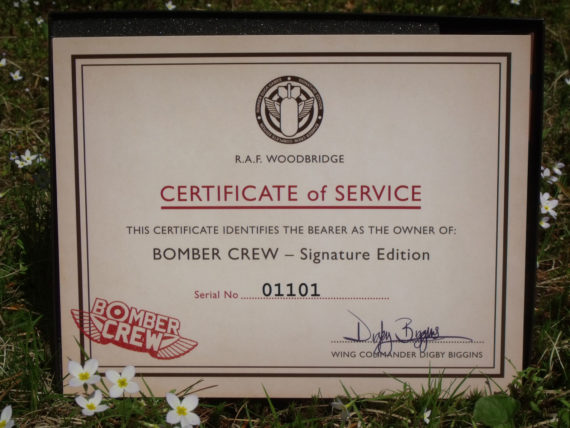 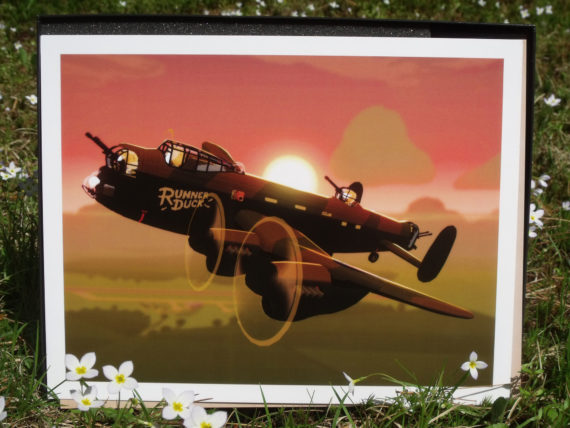 Below the prints comes the foam packaging, keeping the rest of the contents snug and secure.  At the top are two enamel pins, one of the bomber and the other being the pigeon mascot. 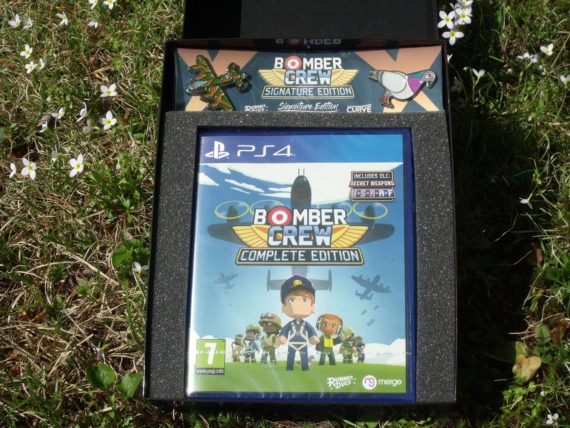 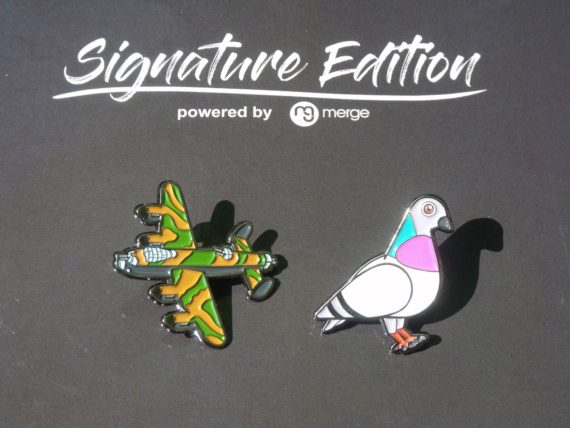 Hidden under the game is the soundtrack, nestled in an alcove carved out of the foam packaging. It’s 57 songs long, although most are about a ninety seconds or so, containing music from the game and both DLC mission packs. 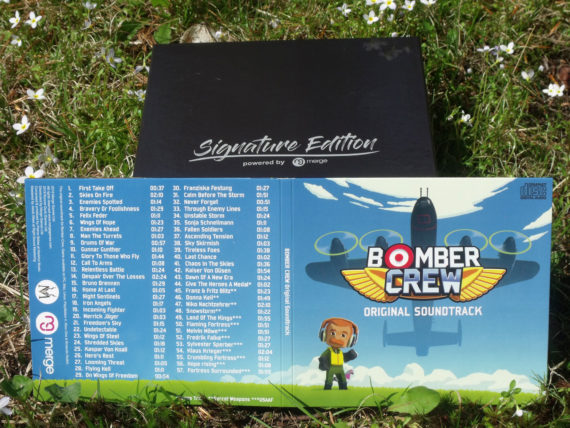 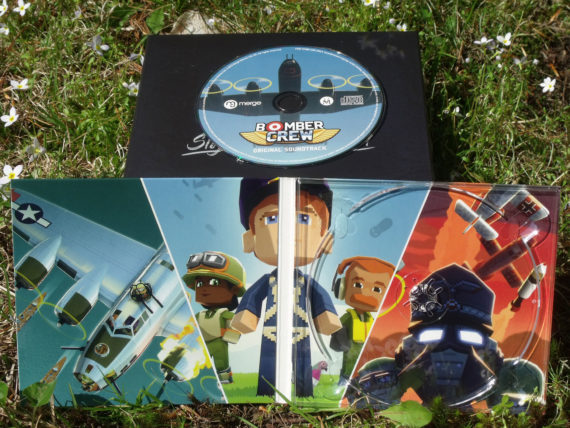 Finally comes the actual game in a standard PS4 case with the region-free disc sitting atop a double-page art spread. 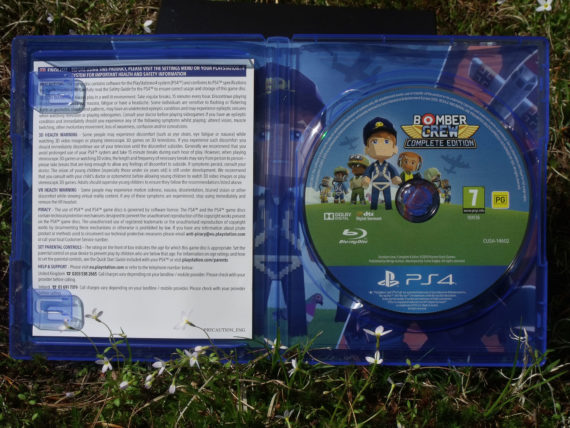 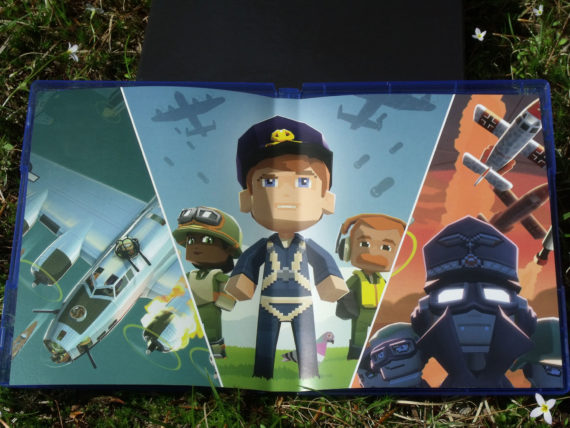 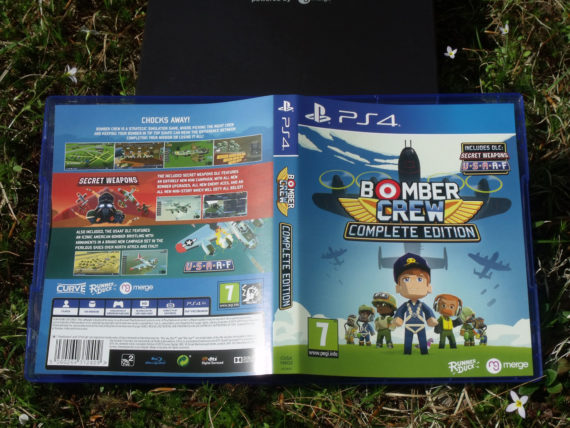 As is usual for Signature Edition, it’s a solid collection of contents that feels generous for the price.  While the standard edition of Bomber Crew is $29.99, the Signature Edition is only $10 more at $39.99 and feels like a worthwhile upgrade.  Whether you find a home for the pins on a jacket or backpack or just display the box on a shelf, the presentation always makes an impact and that’s the whole point of having a fancy edition.