The goal with the Link’s Awakening remake is to give the world a toy-like appearance that also blends in with the Link Between Worlds look as well. The visuals are crisp and full of detail. Slashing the grass shows each blade of grass breaking apart while the sun accurately reflects off of treetops. If it’s sunny out, you will see it on the top, while when the sun goes down, the shading goes from an orange huge to blue. AI changes have been made and it’s evident with things like the Moblins holding up their spears a bit longer than they did before – so you have to relearn your timing if you’re a veteran of the portable original. 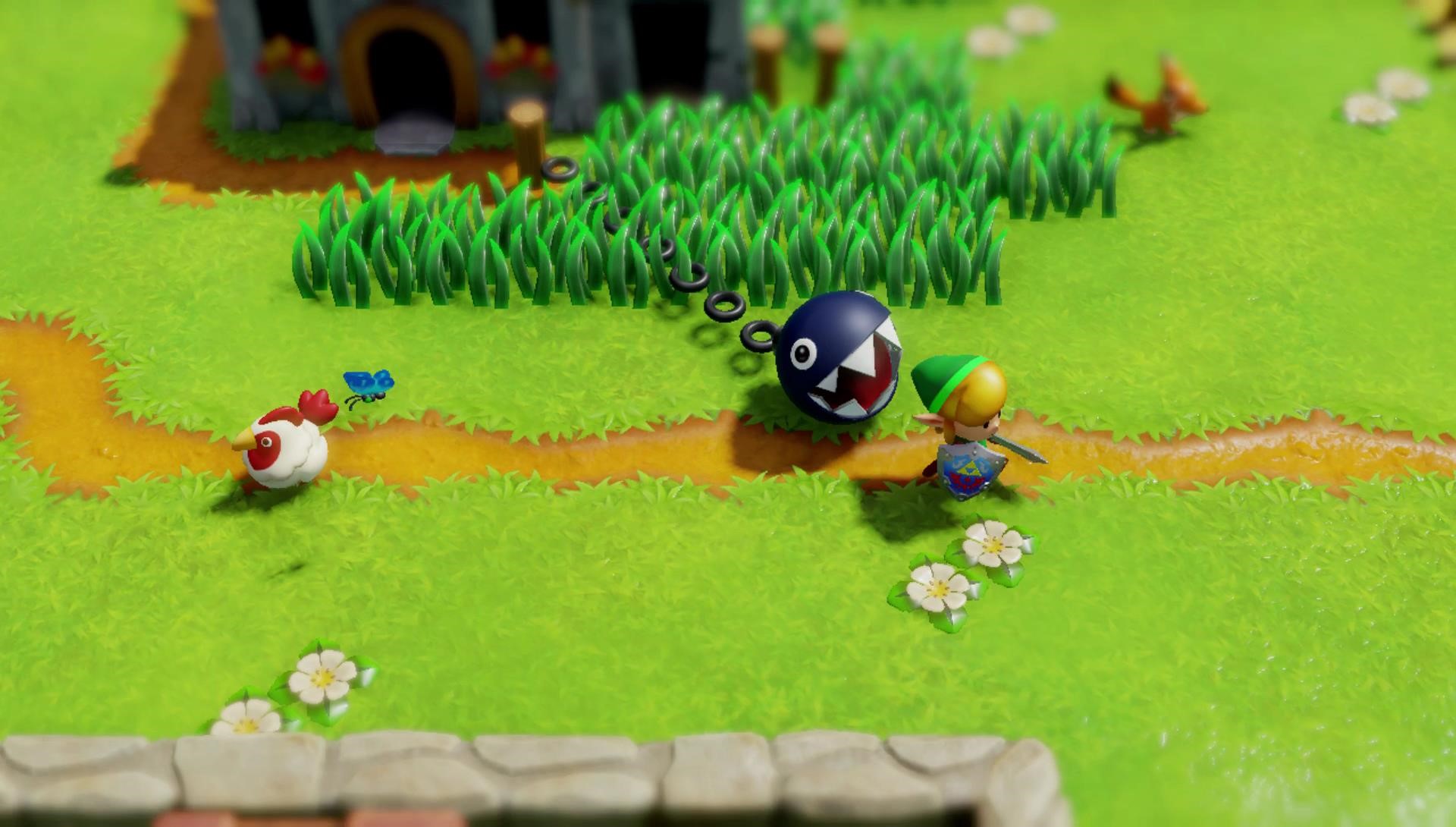 This kind of shift has been done to make things seem more modern, and that holds true for the controls as a whole. Before, you only had two face buttons to work with – now you can use the Plus button to go into a menu and assign sub-weapons and shields with X and Y. The dungeon creation tool allows you to take things from dungeons you’ve conquered and put them into a custom dungeon.  The extent of the dungeon creation mode hasn’t been fully revealed yet – so it isn’t known if there will be online sharing for dungeons or if it will just be limited to local sharing. 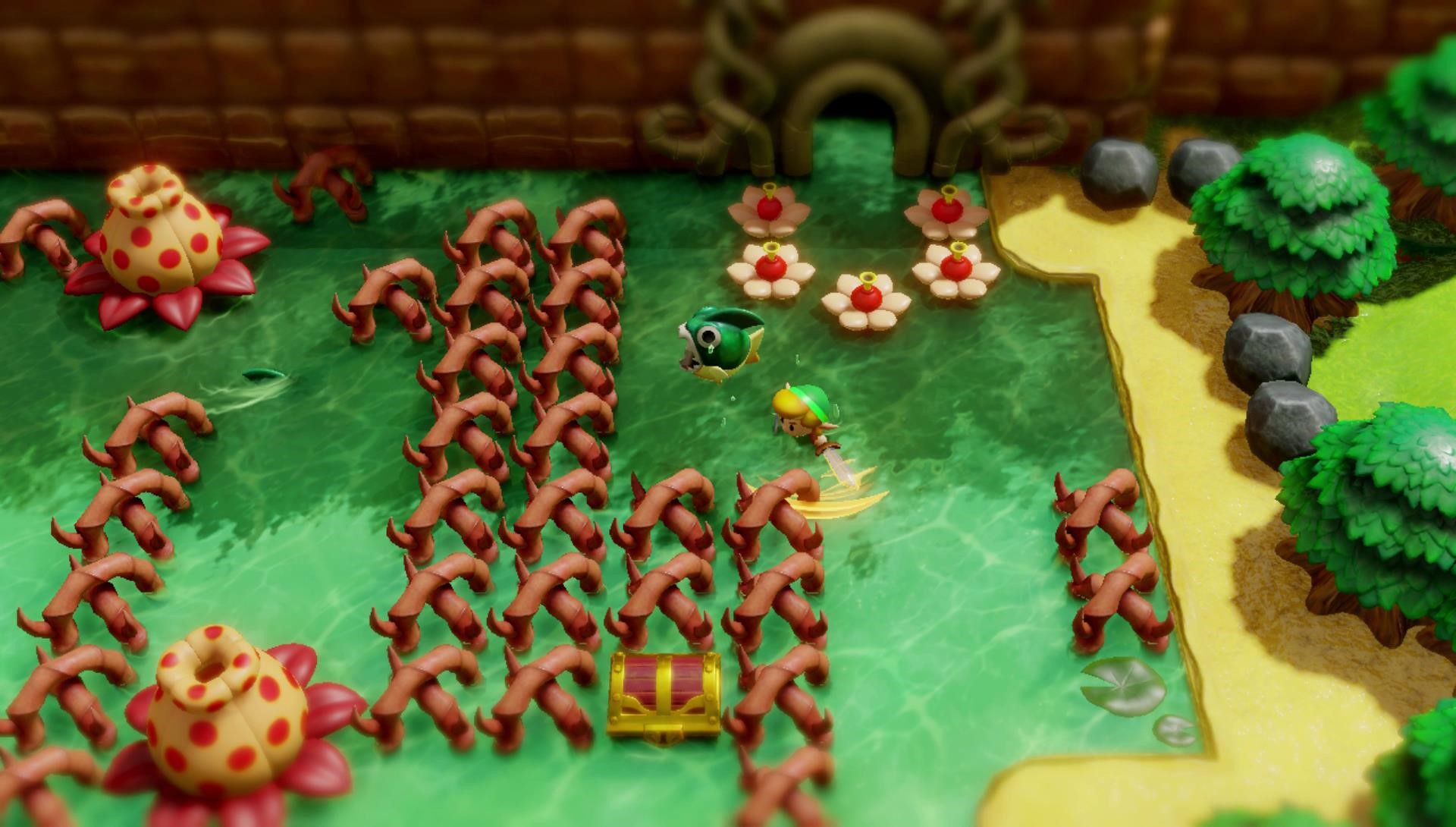 The side-scrolling sections feature Goombas and their Mario body squishing effect – adding a bit more comedy to the mix. The core spirit of the game remains intact, with a facelift that manages to keep all of the charm the original game had. The graphics take the best of a modernized polygonal look and still allow the color depth in the world to shine. In that sense, this remake solves problems that games like New Super Mario Bros. have had where you keep the core gameplay intact, but something feels missing from the world because the colors are more muted and the world seems less alive. This dev team seems to realize what made the first game special, and look to recreate that same feeling of joy when The Legend of Zelda: Link’s Awakening hits the Nintendo Switch on September 20.