Back in 2014, Microsoft revealed that they had acquired the Gears of War franchise, and that the then-named Black Tusk Studios would be working on the newest entry of the third-person sci-fi shooter series, as the original trilogy developer, Epic Games, moved on to new projects. That acquisition also included the hiring of Rod Fergusson, executive producer on the original Gears trilogy, to oversee the new direction for the franchise. That studio would later go on to rename themselves The Coalition to better suit their role as the Gears of War developer, and release Gears of War 4 in 2016, which our review praised for its gameplay and set-pieces but found its narrative lackluster. 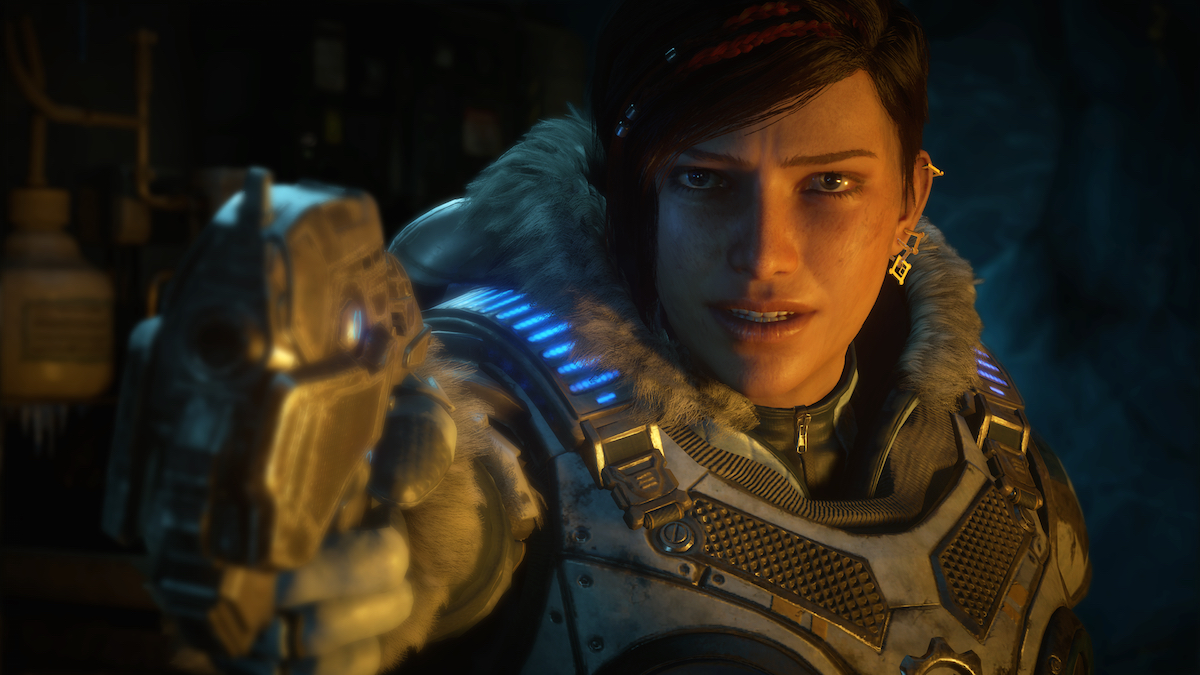 Two years later at E3 2018, a follow-up was announced simply known as Gears 5, which switches the focus from JD to Kait as she dives deeper into the origins of the Locusts and her own family. While the campaign is still a key focus of Gears 5, with new cast member Rahul Kohli of iZombie fame providing the voice of Fahz, Fergusson pushes Gears 5 as a game of five key pillars: campaign, competitive multiplayer, horde, a brand-new map builder, and their current focus, Escape. Escape puts players deep in a hive with the task of setting off a venom bomb and escaping from both the corrosive aftereffects of the bomb and the waves of the Swarm that stand between the three players and the exit. Fergusson pitches Escape as the aggressive counterpart to the defensive Horde mode, with the constant pressure from all sides and new weapons and ammo constantly being dropped from enemies. Each of the characters represent three classes, each with their own ultimate: the support, who can regenerate ammo for their allies, the tank, who can place a barrier in front of them to stop oncoming fire, and the scout, who can bust out an electric knife to deliver devastating melee kills. With eight levels of difficulty each with their own modifiers, and a worldwide leaderboard that will reward those at the top with cosmetics, Escape is looking to be a promising addition to the well-established lineup of Gears modes.

Gears 5 also represents a bolder entry in the franchise from The Coalition, as Gears of War 4 established that the studio can create a game that looked and felt like Gears of War, now allowing the studio to bring some enhancements to the series. In addition to the new modes, the development team has also worked on updating small but crucial elements of the gunplay, including reticles, HUD and overall weapon feel, to modernize the cover-based shooter. The team has also toned back the mid-combat dialogue to make the core story dialogue feel more effective and relevant. For Fergusson, when boiling down Gears to its core elements, cover-based combat and strong characters remain truly essential to delivering a proper Gears experience, even for spin-offs such as Gears Tactics and Gears Pop.

Much like Gears of War 4, the plans for Gears 5 don’t stop at launch, with new characters and maps to come in the months to follow. Those who do pre-order or pick it up at launch will receive the T-800 and Sarah Connor skins, with the latter voiced by Linda Hamilton, as well as a few accompanying pieces of Terminator cosmetics.

Gears 5 is set to launch on September 10 for Xbox One and PC.