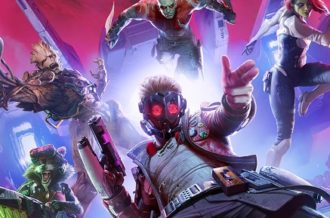 Summer is generally an inevitability rather than a thing to catch, but Chu lives in an endless winter deep in the north so will have to journey after it.  She’s doing this with the help of a wooden go-kart, bouncing over the snowy forest hills and crashing through drifts, jumping gaps and getting as far as possible before an inevitable breakdown puts her back at the store.  Which, as it turns out, is a fairly helpful place to be, because it sells items like a plow to break through drifts and other hazards, or a helicopter attachment to soar past spikes and chompy plants.  The farther into the woods Chu gets the more likely she is to run across secrets, such as an overly-enthusiastic yeti or sparkly winter-deer, and eventually she’ll travel right out of the frozen north into new, less icy lands.  It would be nice if they were easier but, say what you will about winter in the forest, it doesn’t tend to chase after travelers with a tornado.

Summer Catchers has been coming along for a while, having cleared Steam Greenlight (remember that?) over three years ago.  The wait is finally wrapping up this year, though, with a projected release date of July per the game’s Steam page.  There’s also a demo on the way, although no word yet on when that hits.  Today’s new trailer should help the time pass more easily, so give it a look below.