Tokyo RPG Factory made a name for themselves when they released I am Setsuna in 2016. They further increased their fanbase of RPG lovers with Lost Sphear in 2017. Now there’s finally a release date for their next title, Oninaki, in a couple of months. What separates this game from their previous endeavors? Quite a lot, as it turns out.

The game stars Kagachi – a Watcher who helps souls that have lost their way during the reincarnation process. This occurs because those souls have something keeping them anchored in their current life. They may have an unfulfilled dream, or have people in their lives who just can’t let go. Kagachi’s goal is to discover what the issue is and help them reach closure to cross over into their next life. The protagonist also has a special ability to swap between the “real” world and the Beyond. Swapping between these realms at times proves necessary to proceed past barriers in the real world.

Whereas both previous titles felt in many ways like classic turn-based RPGs, Oninaki switches things up with a pure action RPG formula. Now you play just one character rather than commanding a party and approach enemies with fast-paced attacks. Hammering away at the enemies feels akin to a hack ‘n slash. Fortunately, there are still strategic decisions to make so it’s not a mindless grind. 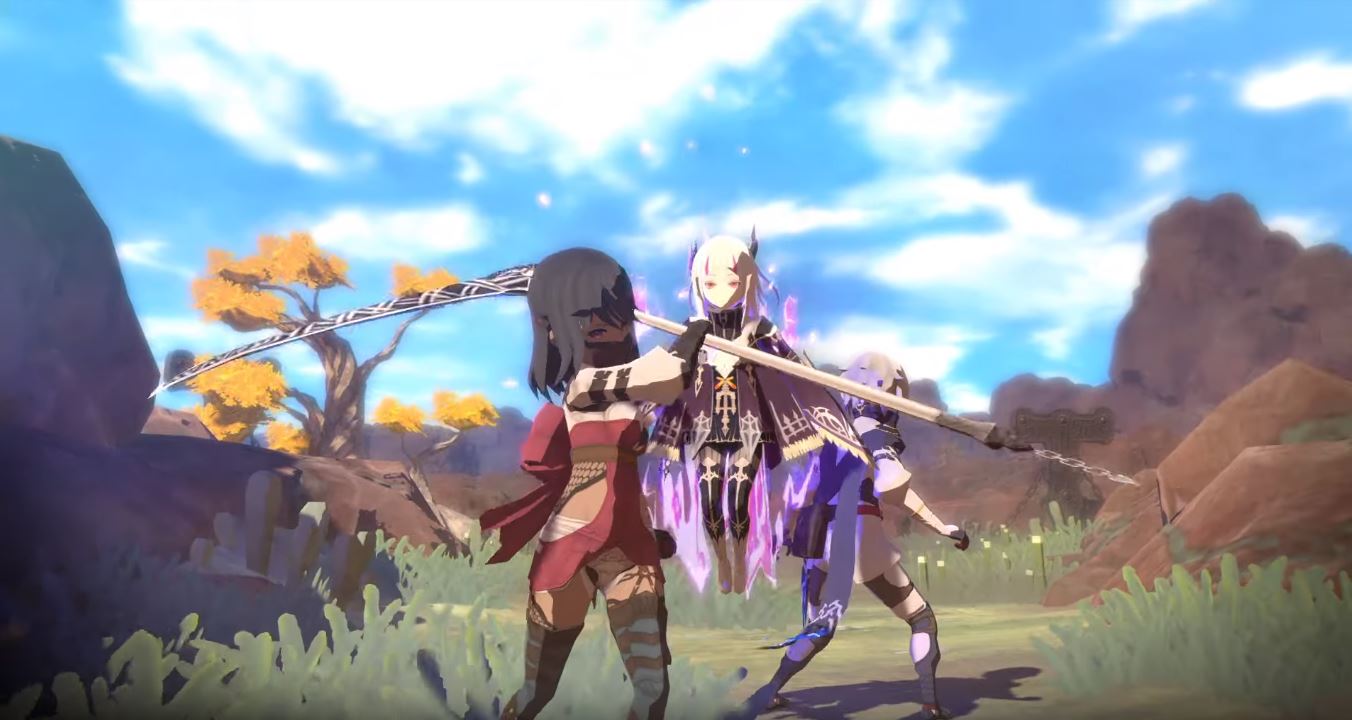 This strategy comes in the form of Demons. The Demons are souls which you can equip and unequip at will. They provide Kagachi with a variety of combat-based modifications. For example, they confer long range or short range abilities as well as speedier or slower, stronger attacks. Players will be given a surprising amount of freedom to meet different souls and help them out rather than being pushed down a very linear path.

One unifying theme between Oninaki and Tokyo RPG Factory’s previous games is the art style. It’s still very bright and colorful with a fun cel-shaded look to it. The color theming has changed from the cold Winter tones of I am Setsuna to a more Spring-like color palette. Of course, fans should expect the soundtrack to be as excellent as it was in I am Setsuna and Lost Sphear as well. Oninaki will be coming to Nintendo Switch, PlayStation 4 and PC via Steam when it arrives on August 22, 2019.