GameCube fans know Luigi’s Mansion is a classic and those who checked out the sequel, Luigi’s Mansion: Dark Moon on 3DS found much to enjoy. Now, in Luigi’s Mansion 3, he and friends are invited to an extravagant hotel but as soon as he arrived, things take a dark twist. Ghosts are back and more aggressive than ever. Luigi’s friends have been taken so now the usually timid hero must put on a brave face as much as possible. 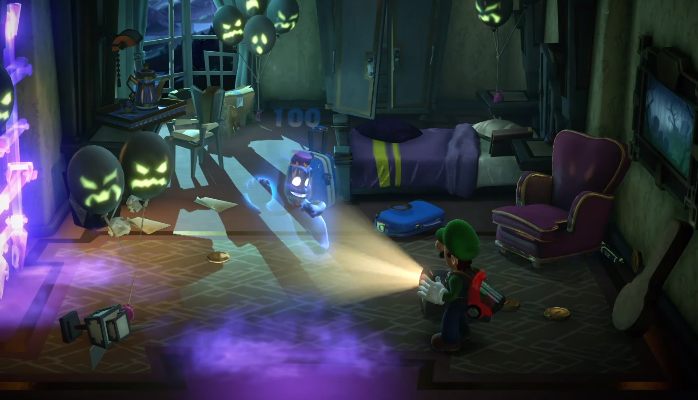 The setting of a hotel sounds impressive on its own, perhaps as a taller mansion. However, this place has various themes on every floor. There is a TV studio, Medieval Times and more each with plenty of challenges and boss battles. But there are plenty of new features in Luigi’s Mansion 3 to create a more intense hunt for ghosts. You have the Poltergust G-00 as your main tool. This vacuum sucks in those spirits like the old games. There is a new move Luigi can perform with the Poltergust. A slam can be performed with on-screen buttons to inflict more damage on ghosts. You can even smack another ghost to stun them and cause damage to the surrounding area.

Now, there are added adjustments such as a plunger which can attach to objects and pulled to reveal secrets or grab certain items. Gooigi is a green, viscous blob that takes the shape of Luigi. But it is able to enter areas Luigi cannot. Walk through spikes, squeeze through tight spaces and more. Luigi’s trusted flashlight blinds ghosts quickly but there is a super strobe and black light. The latter of which can reveal so many secrets scattered around the hotel. Already we are seeing so many fun features just with his tools. 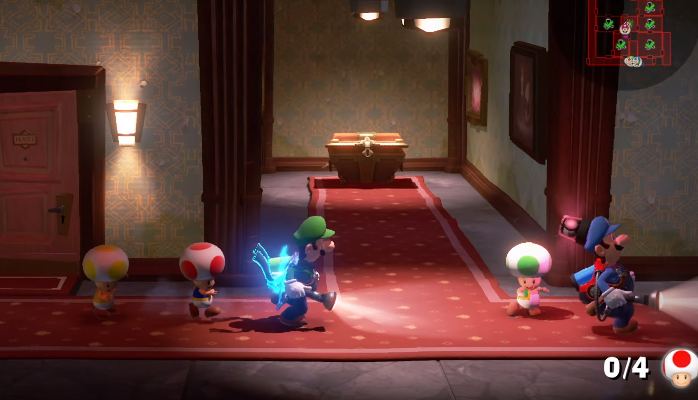 Puzzles are a standard in Luigi’s Mansion 3. Solving problems and accessing different levels can be tough. Luckily, Gooigi comes in handy once again. For example, the goo clone can use its own Poltergust to trigger an elevator on a higher level which allows Luigi to travel along it to a lower level. This teamwork is going to prove vital for accomplishing the game. You can even play co-op with one person as Luigi and the other using Gooigi. Overcoming some obstacles together could yield great rewards. Speaking of accomplishments, there are also plenty of collectibles to find. Completionists will be happy to hear this as it means looking behind every curtain, inspecting anything suspicious and other tactics to search high and low.

There is another co-op mode available than just two player. In the ScareScraper, four players go online to complete challenges together. Getting rid of all ghosts within the time limit or search for Toads throughout levels will prove to be great fun. Thanks to the Nintendo Switch, we are able to do things that were never possible. But something that is back are the boss battles. You’ll have to use every skill at your disposal to take down some big bad ghosts. A knight in armor will have to be suctioned with the plunger before being smashed around. Once the armor is removed it’ll be so much easier to defeat. These unique fights always caps off an entertaining level and Luigi’s Mansion 3 is no different. 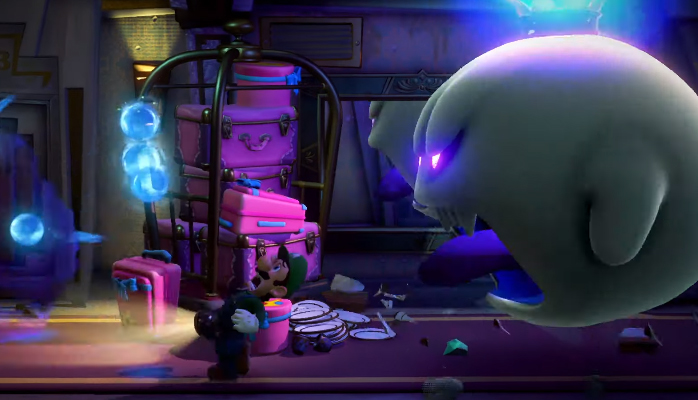 While the basis of Luigi’s Mansion 3 remains the same as the original, that’s not a bad thing. It’s what all fans want from the series. Checking out new locations, going to rescue not only Mario but Peach and Toad and getting to use different tools is plenty for fans to enjoy. A hotel of doom will scare Luigi stiff but it won’t be a terrible journey for fans.

A release date has not been determined but plans are currently for a 2019 release, perhaps in time for the spooky Halloween season!