After years of hints and teases, Avengers fans finally got a look at Crystal Dynamic’s Avengers game during the E3 2019 Square-Enix press briefing. It was just a cinematic trailer with snippets of what could be considered pseudo-gameplay, but it’s at least more to go off of than a single image of the game’s logo. With this, fans can finally start speculating as to the nature of the game, and a recent Gamespot interview with its creative directors should help with that too.

Marvel Games and Crystal Dynamics delivered a few more hints as to what fans can expect to see from Marvel’s Avengers. They didn’t quite come out and say what kind of game it is exactly, but they did say that it’s explain that players can experience either alone or cooperatively with friends. The story apparently allows for this, but the trade-off is that only one of each hero can be present in a cooperative party. Crystal Dynamics acknowledged that this might frustrate some players, but qualified the decision by insisting that the story experience is really important in Marvel’s Avengers. 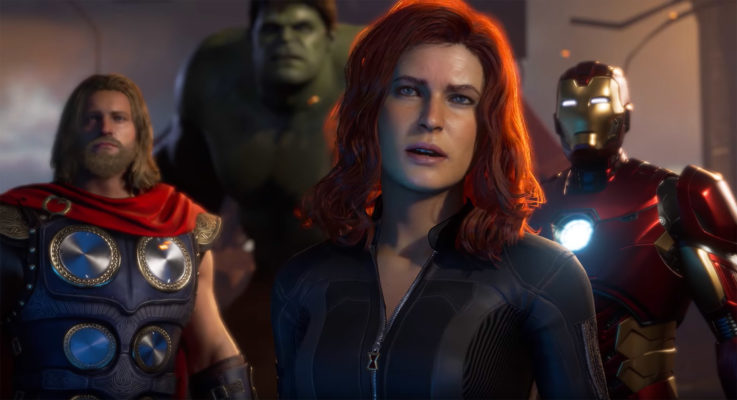 Few specifics were given about the nature of the game’s story, but they did say that it’s going to be an original story based on the entire backlog of Avengers media out there. Apparently, everyone on the development team is a big fan of the group, and most prepared for this game by diving deep into everything from the recent films to the oldest Avengers comic books. Some of this research will come out in the base game, but a lot more will surface in the post-launch months via new characters, costumes and regions. The developers didn’t have any specifics to share, but assured viewers that they have big plans after release.

Marvel and Crystal Dynamics apparently have a working relationship similar to the one shared between Marvel and Insomniac, and the result was Marvel’s Spider-Man. With that in mind, fans should be able to have confidence in how Marvel’s Avengers will turn out. It’s been a long wait, now it’s just a matter of holding out until early 2020.