Tom Clancy’s Rainbow Six: Siege has had quite the journey to its current level of popularity. After a lackluster launch, Ubisoft has frequently added new operators, maps, weapons and refinements to turn the tactical FPS into a highly-played, esports-friendly title with plans to still bring more to the title in the months to come. With a sci-fi spinoff being announced at Ubisoft’s press conference, the excitement for Rainbow Six is still going strong, and just yesterday, the latest Operation dropped for Siege called Phantom Sight, with two new operators and an overhaul to a classic map.

As per usual, the latest Operation offers a new attacker and defender, Nokk and Warden respectively, both hailing from Denmark. Warden wears a pair of high-tech glasses that, when activated, can allow him to see through smoke and flash grenades for a brief period of time, countering Glaz’s reliance on the former. Meanwhile, Nokk’s glove attachment operates very similarly to Vigil’s backpack, bringing camera invisibility and quieter movement to the offensive side. The team at Ubisoft has continued to put a focus on player feedback and creating counters with the new operators to continue creating a balanced playing experience on both sides, and these two new additions look to continue that trend. 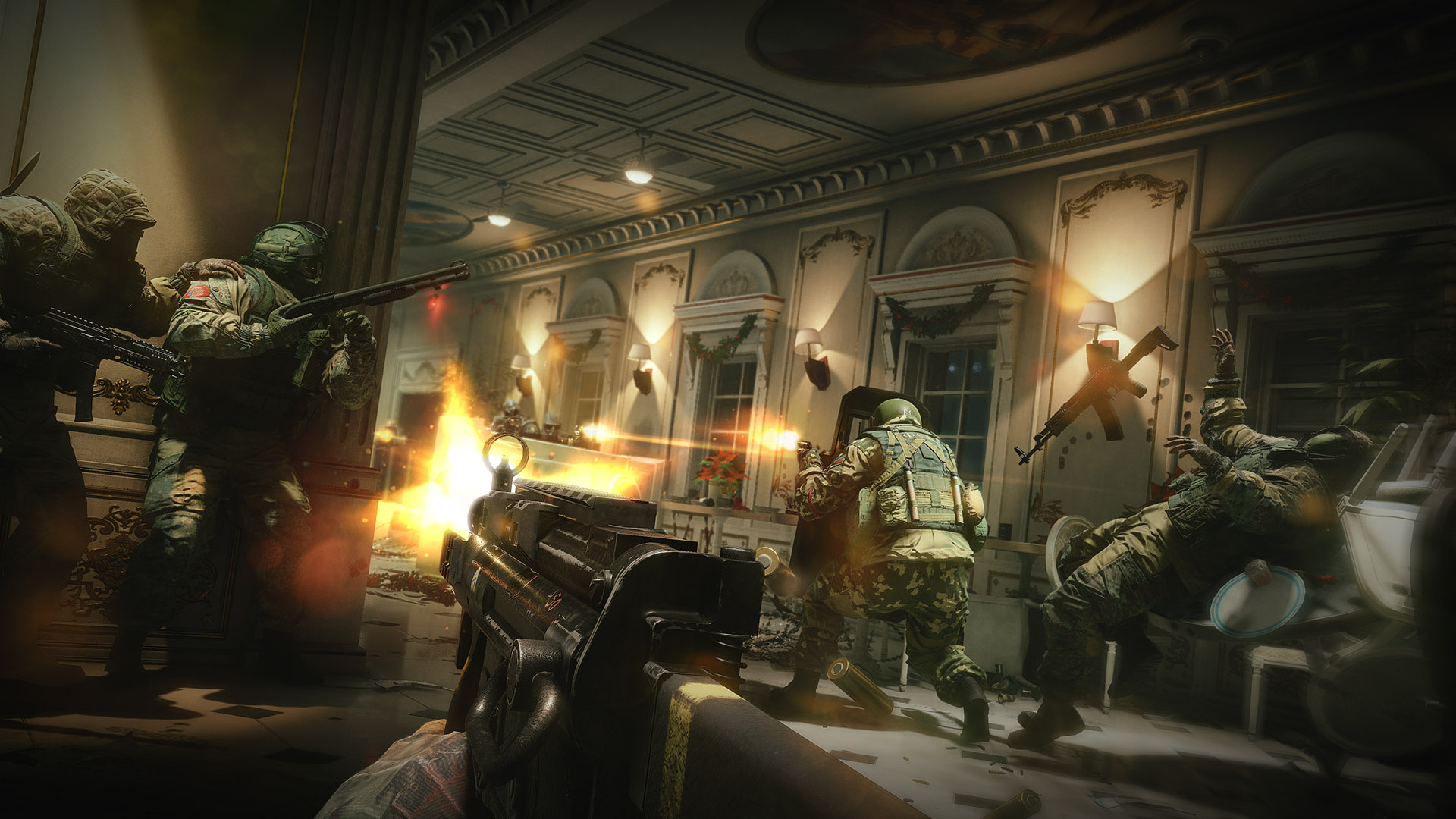 The newest update does not bring a new map with it unlike most past ones, but does bring a substantial rework to one of the game’s original maps, Kafe Dostoyevsky. Featuring remodels to the kitchen and prep room along with new balconies on the second floor, the commitment to revitalizing current content is a welcome sight as the game continues to find new metas and playstyles. Phantom Sight also brings some long-awaited improvements to the ranked matchmaking system, as the team shoots for more balanced matches in an attempt to funnel more players away from casual playlists.

With brand director Alexandre Remy recently committing to a ten-year plan for Rainbow Six: Siege with 100 total operators, the future for the strategic shooter looks brighter and brighter with every new operation, and Phantom Sight fits right in with that trend. Rainbow Six: Siege is available now on PS4, Xbox One and PC.