Trials of Mana is the unsung MVP of E3 2019. Originally released exclusively in Japan as Seiken Densetsu 3, the worldwide audience was desperate to get their hands on the game back in 1995. Unfortunately, the years came and went and an official English release never materialized. There was, however, a fan translation which was one of the earliest big translations out there. That alone should show the fervor with which people wanted to experience this classic RPG. Now we have not one but two massive announcements in the Seiken Densetsu world.

The first is that Seiken Densetsu 3 is finally available with a sanctioned localization under the name Trials of Mana. It’s bundled in with the Collection of Mana which is exclusive to Switch and just released worldwide. This colorful decades old RPG definitely still holds up and is worth a play. There’s also a complete remake in the works which is poised to release in 2020 – just in time for the game’s 25th anniversary.

This is not a simple port. It’s a full on remake done from the ground up in Unreal Engine. Fans shouldn’t worry too much because Trails of Mana (2020) retains its same storyline, cast of characters, and the world that you know and love. You’ll still have six different characters to play as and to experience the stories of. Visuals and gameplay are where the remake makes bold, new statements. 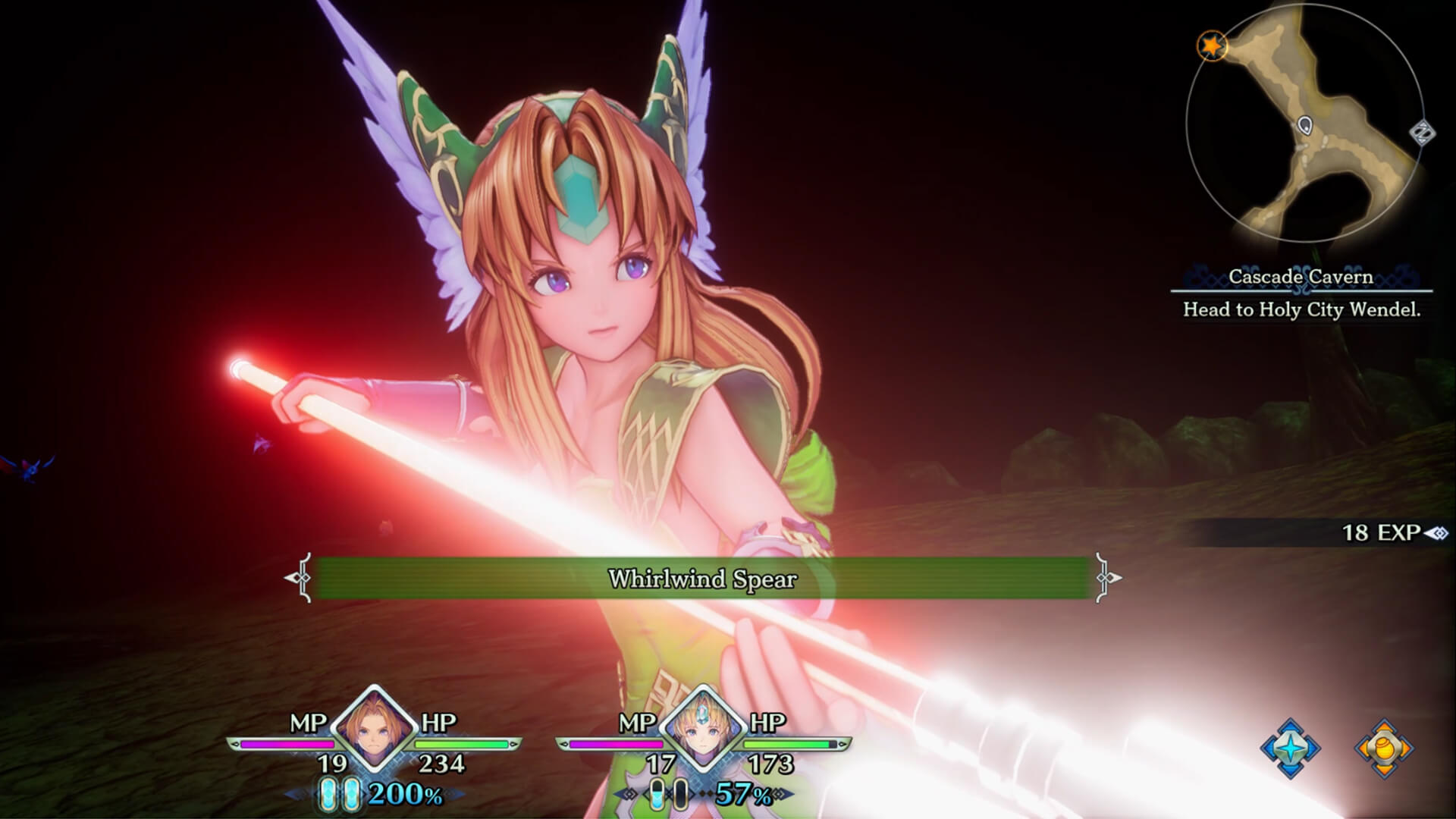 The action RPG gameplay has been modified to be more tactical in nature. As you might expect, each hero has their own specific battle style which must be considered. Expect to see more modern flourishes in gameplay such as attack and damage indicators when squaring off against a boss, for example. The visuals are the most obvious of changes because they’re completely new. Going from a beautiful pixel art game to full 3D is a change that some may worry about. Fortunately, the character designs still strongly evoke their classic counterparts.

There are many other updates to the classic game, but this news isn’t quite ready to be shared just yet. Expect to hear more details in the coming months about aspects such as new story elements. Don’t fret if you’ve never played any Mana game before. Trials of Mana is made to be a completely standalone experience. Not only that, but the various quality of life and UI enhancements over the original make this a thoroughly modern experience.

You’ll be able to go on a journey with Trials of Mana on PC, PlayStation 4 and Switch in 2020.