The constant battle between the underpowered minority against the powerful majority is a message that resonates throughout history, regardless of location and time period. This theme has unsurprisingly appeared in a variety of mediums, including gaming, and Paintbucket Games is looking to combine the two with their debut title, Through the Darkest of Times, a strategy game set in the 1930s during the rise of the German Reich.

Described as a “historical resistance” strategy games, Through the Darkest of Times is a turn-based strategy title where you control an underground group set on spreading the word and (peacefully) fighting back against the growing right-wing party and their oppressive ideals. The player orders and interacts with regular people, with the missions starting out relatively simple as attempts are made to spread the word through conversations and propaganda. The tale is spread across four chapters starting at the appointment of Adolf Hitler as chancellor in 1933 and ending in 1945 towards the end of World War II. However, players are openly expected to not reach the final moments, as the overwhelming nature of the opposing force makes the journey ahead a truly difficult one. The cast of resistance fighters can level up in one of three attributes, secrecy, empathy and propaganda, with permadeath playing a prominent role to raise the stakes of the gameplay. 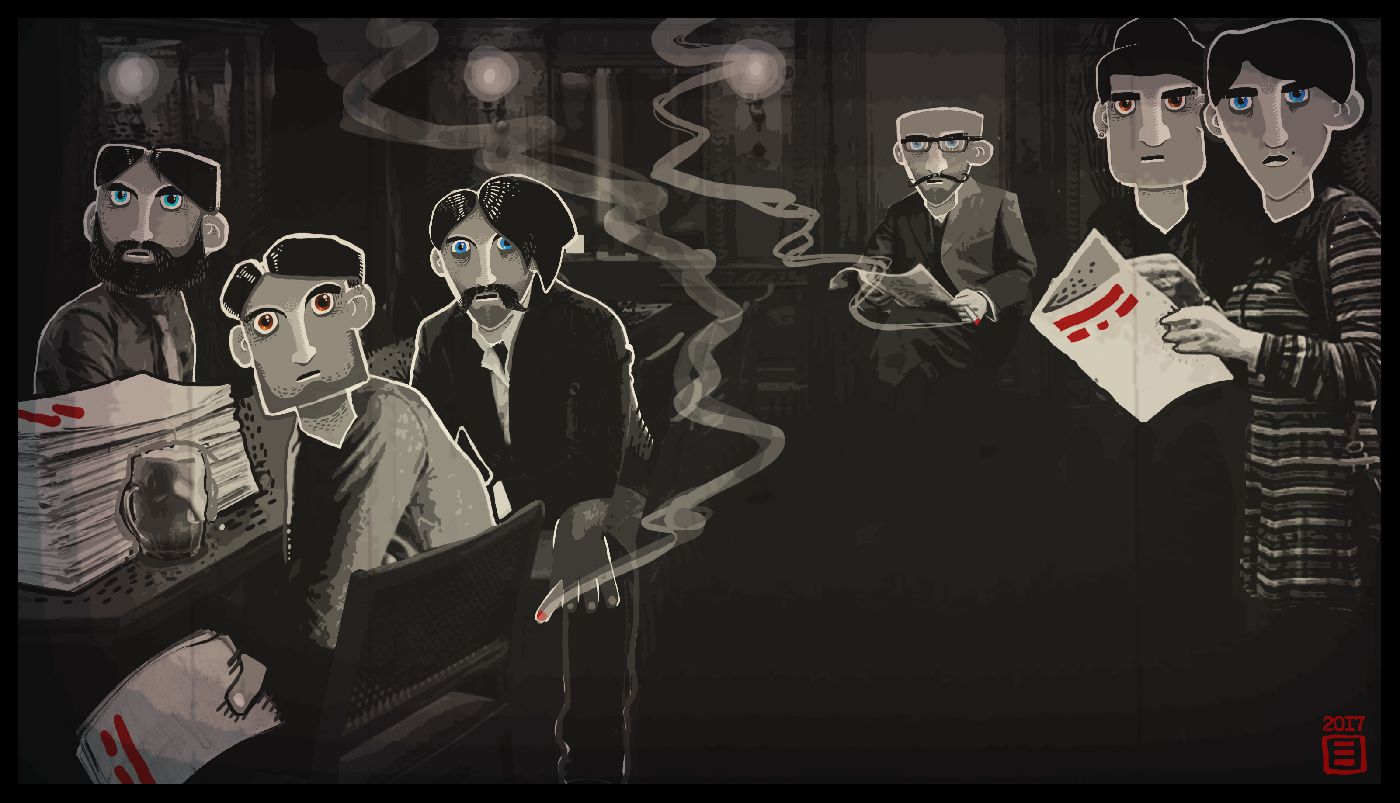 As mentioned earlier, Through the Darkest of Times is the first title from Paintbucket Games, a pair of two ex-AAA developers who are located in Berlin and received special permission from the government to use Nazi iconography and names in order to best represent the time period. For an additional level of authenticity, the team has talked with universities and surviving witnesses of the time period, calling the conversations “an honor” and “truly revealing.” Featuring a hand-painted art style that would be reflective of one that would be forbidden during that time, the team would be fully for the idea of bringing the title into schools as an educational interactive experience.

With a commitment to historical realism through its presentation, challenging, high-stakes gameplay and iconography, Through the Darkest of Times is set to be a truly powerful debut title from Paintbucket Games, which is planning a launch next year for PC.