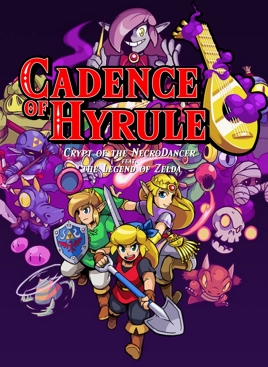 Nintendo’s indie presentations are usually filled to the brim with a good assortment of ports, new titles and the occasional delightful surprise. Cadence of Hyrule caught many off guard as the last minute announcement and made itself stand out as not only a unique spin-off, but a collaboration with western indie developers. It combines the unique charm that drew in fans of Crypt of the Necrodancer with a Zelda twist, including songs fans of the series are familiar with and familiar faces to play as on a journey through Hyrule.

Cadence, the main protagonist from Crypt of the Necrodancer, has found herself magically teleported to the land of Hyrule through unknown means. Upon landing she meets a fairy by the name of Trill, who is there to help guide her to the help she needs. After making her way through a short explanatory dungeon, Cadence is given the ability to wake up either Link or Zelda from their slumber caused by the villain Octavo. After choosing one, that hero awakens and Cadence leaves them for the time being to try and find a way back home as they begin their journey. The chosen hero is then given a weapon and travels out into the deadly perils of Hyrule in order to conquer all four of Octavo’s champions and him from conquering the land.

Those who have played Crypt of the Necrodancer will be immediately familiar with the basics of how to control their hero. Following the metronome at the bottom, the heroes travel, attack and plan all their tactics around the beat of the song currently playing. Enemies are also bound by these restrictions, with each one having their own pattern to attack. Watching how they move is important in taking them down, as while many enemies can be attacked from any angle some may have shields to protect them or attacking at the wrong time will lead to taking damage first instead of landing a hit. Moving and attacking enemies without stopping will also build up the multiplier, which in turn rewards more rupees and diamonds from enemies over time which can be used to purchase more items. The basic items found throughout the world consist of weapons and equipable gear. Some of this gear is permanent, but some is temporary and has a limited amount of use before it breaks such as torches lighting the way or boots to help navigate certain terrain. 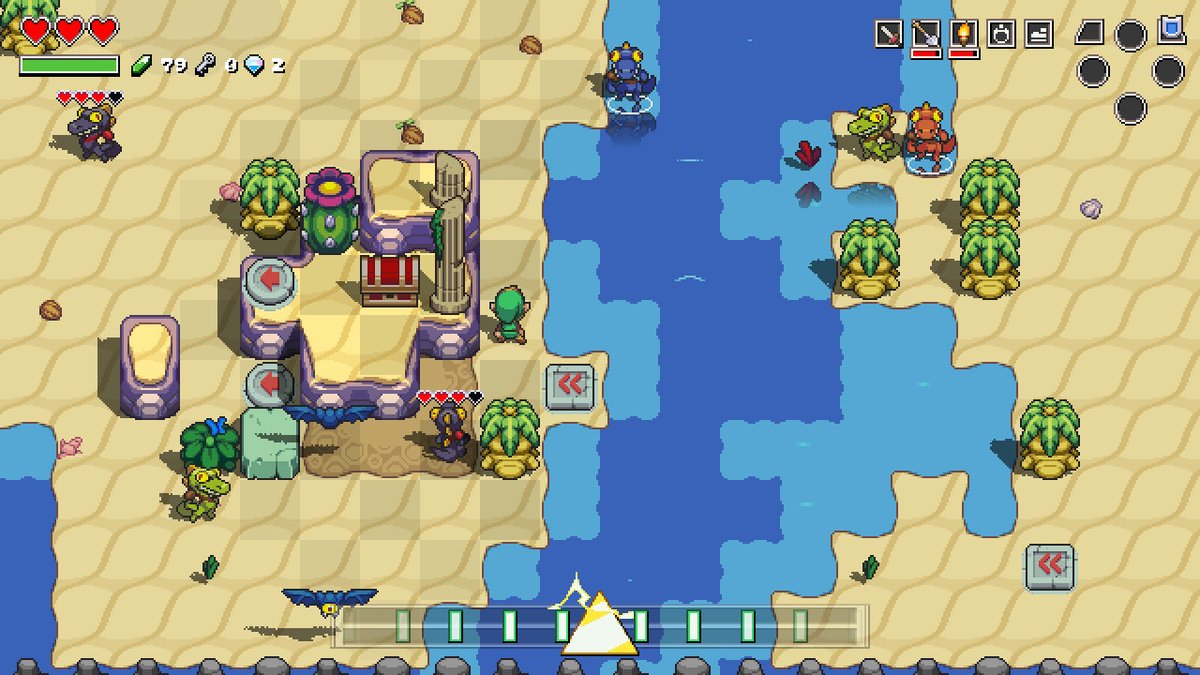 As a roguelike, players are likely to find themselves dying to enemies a few times here and there as they learn the unique rhythm mechanics. Unlike Crypt of the Necrodancer, however, it isn’t starting from scratch whenever that happens. If a player dies, they lose all their rupees and any gear that will degrade over time. They are then taken to a special realm where they can spend any diamonds they’ve collected to buy gear there before continuing their journey. After that they can then teleport back out to any of the Sheikah stones they have activated and continue from where they left off. In order to stop Octavio, the heroes must defeat all four champion monsters scattered across the world. The map of Hyrule is completely randomized upon starting, but stays consistent throughout the journey. The dungeons that players travel through, however, will be random upon each entry. It’s important to travel and explore each area thoroughly, as there are often hidden treasure chests and items to be found along the way.

Although it’s important to collect weapons to fight enemies, the heroes will also find other Zelda-familiar gear along the way to help in their journey. Although most of this gear isn’t mandatory to finish the story, it will help immensely in exploration and traveling around. This ranges from a classic boomerang to stun enemies to the ever helpful hookshot to reach areas on the other side of gaps. There are also usable items like bombs and arrows for a bow which can be depleted but gathered from killing enemies, or scrolls which can aid in combat or give the hero helpful items. 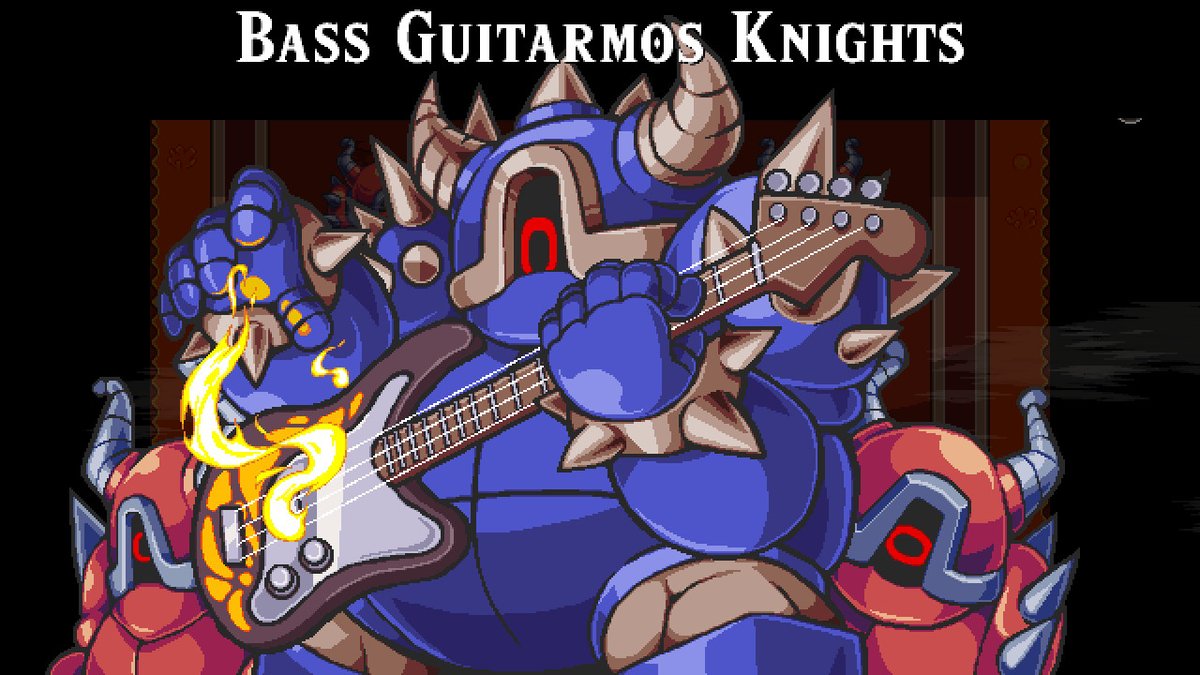 Cadence of Hyrule excels immensely in its visuals and soundtrack. The sprite work is more reminiscent of classic Zelda titles such as A Link to the Past and Minish Cap which used delightfully colorful artwork with the bouncy character style that’s also seen in Necrodancer. The music is, as one would hope for in a rhythm title, incredibly enjoyable and fun to move along to the beat with. Each track is a remixed song from one of the many Zelda titles. It would be nice to hear a few more tracks, but for what exists it’s a good variety that never gets tiresome and keeps things moving along at a perfect beat.

Experienced Necrodancer fans might find that Cadence of Hyrule is a tad on the easy side, especially as it feels like bosses don’t offer that much of a challenge and the amount of items lost on a normal run after dying isn’t hugely detrimental. Fortunately those looking for a tried and true challenge can take on permadeath mode which resets the entire world every time the player dies similarly to Necrodancer. There is also a mode which allows those who might not have a great sense of beat to play without it and still enjoy the adventure. While there is a decent level of replayability, there isn’t a lot of variety between the playable characters and it would have been nice to see a few more options to customize each run. 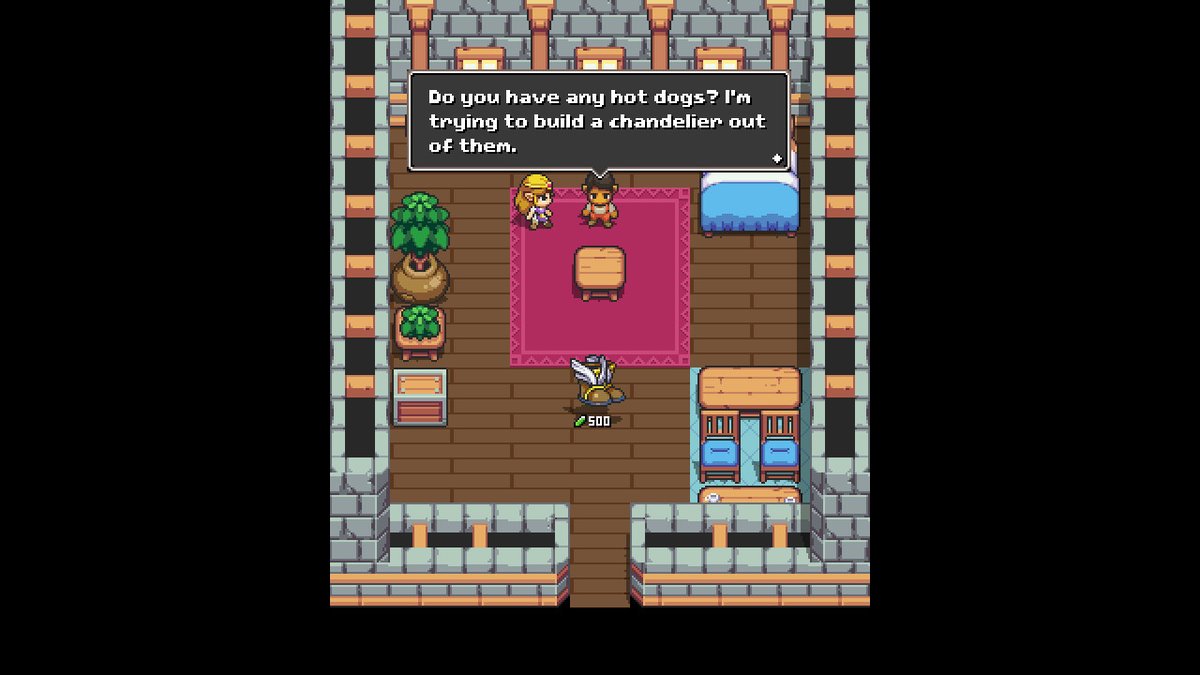 It’s hard to believe that something as crazy sounding as rhythm-based rougelike would actually work, but Necrodancer proved it could be done well and Cadence of Hyrule took it a step further by improving multiple facets of gameplay and visuals. While it does lack a bit in the replayability department, it makes up for it by just feeling like an utterly grand adventure no matter how long it takes to complete. Hyrule fits in seamlessly to this musically-obsessed overrun world, and it’s never been so fun to see enemies like bokoblins, stalfos and darknuts move to a rhythm beat as they try to take the hero on. Cadence of Hyrule is a wonderfully unique experience for anyone looking to dive into something a little different, and is a fun new way for fans of Necrodancer to try a completely different style of dancing to the beat.