Sony and Square Enix sent tremors around the world when they announced Final Fantasy VII Remake at E3 2015. Rumors of a potential remake had been circulating since the infamous PS3 tech demo, but finally after all these years it seemed dreams were coming true. Following a divisive gameplay reveal at PSX 2015, however, the game disappeared. Finally, at E3 2019, Square Enix shocked the world again by not only re-revealing the game but by having it playable and announcing a release date. After getting some hands-on time with the game, is the return to Midgar everything players hoped?

As shown at the press conference, Final Fantasy VII Remake is not a direct remake of the PlayStation original. Nor is the game an action-RPG in the vein of director Tetsuya Nomura’s other franchise, Kingdom Hearts. Instead, Remake straddles the line between both, giving players a unique gameplay experience. For fans who want a more action-oriented approach to their combat, Remake offers an active-battle mode. Those who miss the more RPG-focused battle mechanics of the original will enjoy the new tactical mode.

All of Remake’s action takes place on the map with random encounters whatsoever. When outright attacking an enemy, players tap the Square button for melee characters or hold it for ranged characters. This executes a normal attack that deals some damage, and more importantly, fills up the ATB gauges. While in active combat, players can actively block and dodge-roll, which are the main methods for avoiding damage. 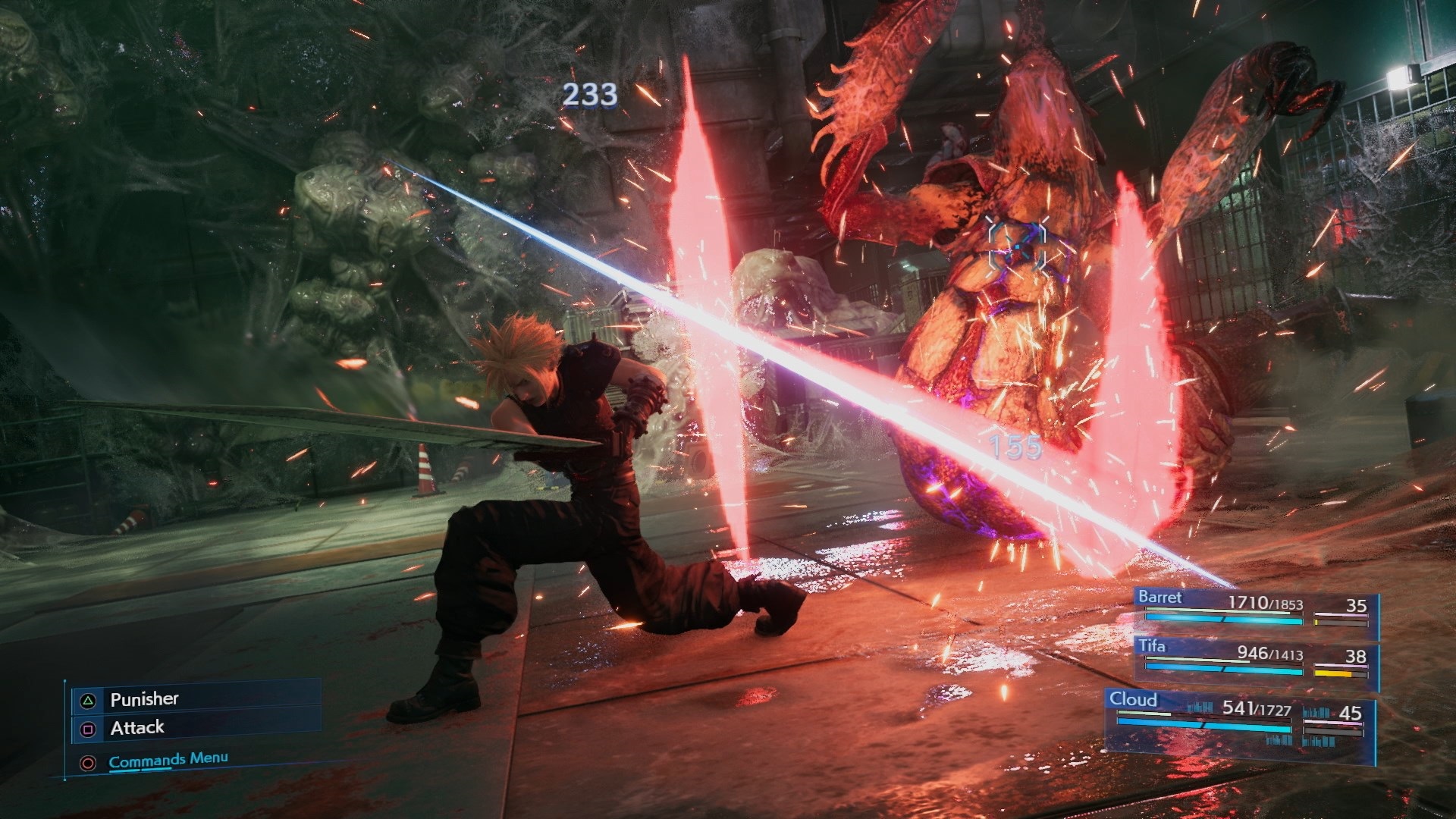 Once those ATB bars are filled, players can press X, R2, or L2 to slow down time and issue tactical commands. It’s here that players can execute powerful attacks or cast magic. You only have two bars for these actions, however, and then you’ll have to rebuild them back in active mode. Deciding when to use them is the key to winning tricky battles.

For the demo, we were given access to Cloud and Barrett, two characters with unique playstyles. Square Enix clearly learned from their missteps with Final Fantasy XIII and Final Fantasy XV (at launch). From the get-go, it’s made clear that players can easily swap between their party members. Like Final Fantasy XII, players can still issue commands to the other party members in the tactical menu should they not want to swap. Cloud, with his huge Buster Sword, was best at attacking and keeping infantry off Barrett. Meanwhile, Barrett can snipe airborne and hard-to-reach enemies with his machine gun. Both characters come with their signature moves and Limit Breaks. Additionally, players can equip different Materia to add different magics to each character. 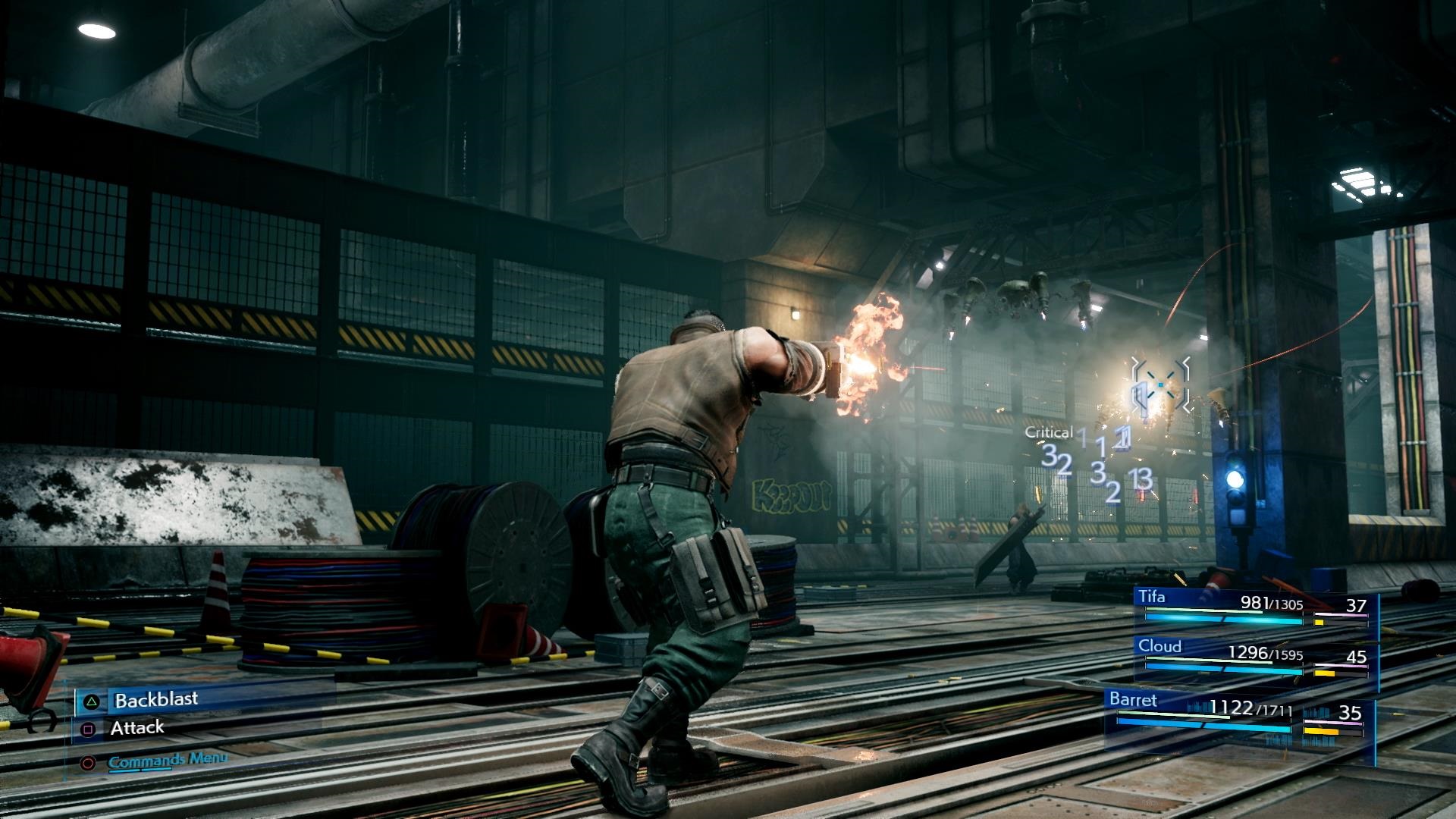 The demo started easy with a couple of basic grunts. For these, the tactical menu wasn’t necessary. Mostly, these guys were training for the main course; the iconic Scorpion Sentinel. It was here that Remake’s battle system came into its own. Studying the enemy and learning when to engage, pull back, take cover and use tactical moves is the difference between success and failure. It was an intense battle that required thoughtful plotting. Nomura and his team have developed an exciting battle system with plenty of depth and strategy. It’ll be interesting to see how it holds up against more powerful enemies later in the game.

Back in 1997, Final Fantasy VII was on the cutting-edge of graphics technology. In 2019, Remake does stand out as a graphically-impressive game. The move to Unreal Engine 4 continues to pay dividends with detailed models and textures, highly-detailed environments and lots of particle effects. Notably, the Scorpion Sentinel loved firing off machine gun rounds, rockets and lasers. Maybe it was a little too much. It’s easy for the screen to get caught up in the spectacle, making it challenging to read enemy moves. Final Fantasy VII Remake does look good at this point in development, though it wouldn’t be so bad if they turned down some of the effects. 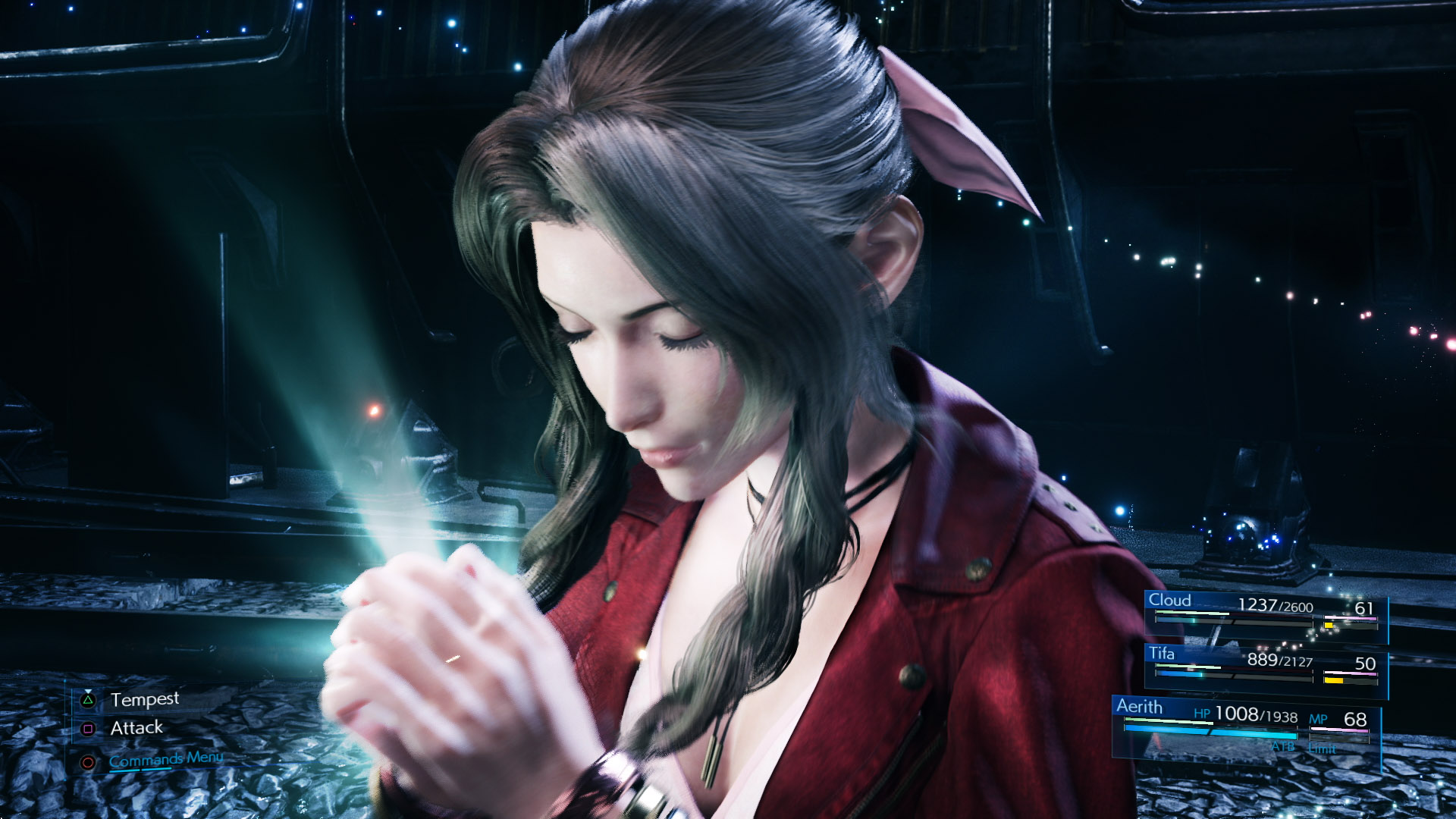 Fans asked for it and Square Enix delivered Final Fantasy VII Remake. After years of nothing, the company ultimately delivered what they promised back in 2015. All the characters and scenarios are here but wrapped in a fresh coat of paint. The game is quite the stunner visually and the gameplay system straddles the line between action and tactical RPG. There’s still a lot more we need to see, but things appear to be shaping up nicely.