Through the Darkest of Times, as the name implies, is a pretty grim game — set in a Hitler-led Germany in 1933. The goal of the developers is to help ensure that history is never forgotten — and while Germany has previously banned Nazi-related imagery, that has been amended a bit. Due to this game aiming to recreate a sense of history and educating players as a result, it will be able to work with the law and ensure that it won’t be changed for a German release. You and your group of rag-tag allies are sent on seemingly impossible tasks — like marking up walls out of protest without a gameplan. You’ll be flying by the seat of your pants and this can lead to failure. Failure can end the group and you’ll want to keep your group intact to ensure that their skills stay sharp. Permadeath is used, so losing a party member can affect you forever. Beyond death, team members can also be caught, imprisoned or executed. As long as your leader remains intact, however, you won’t get a game over. 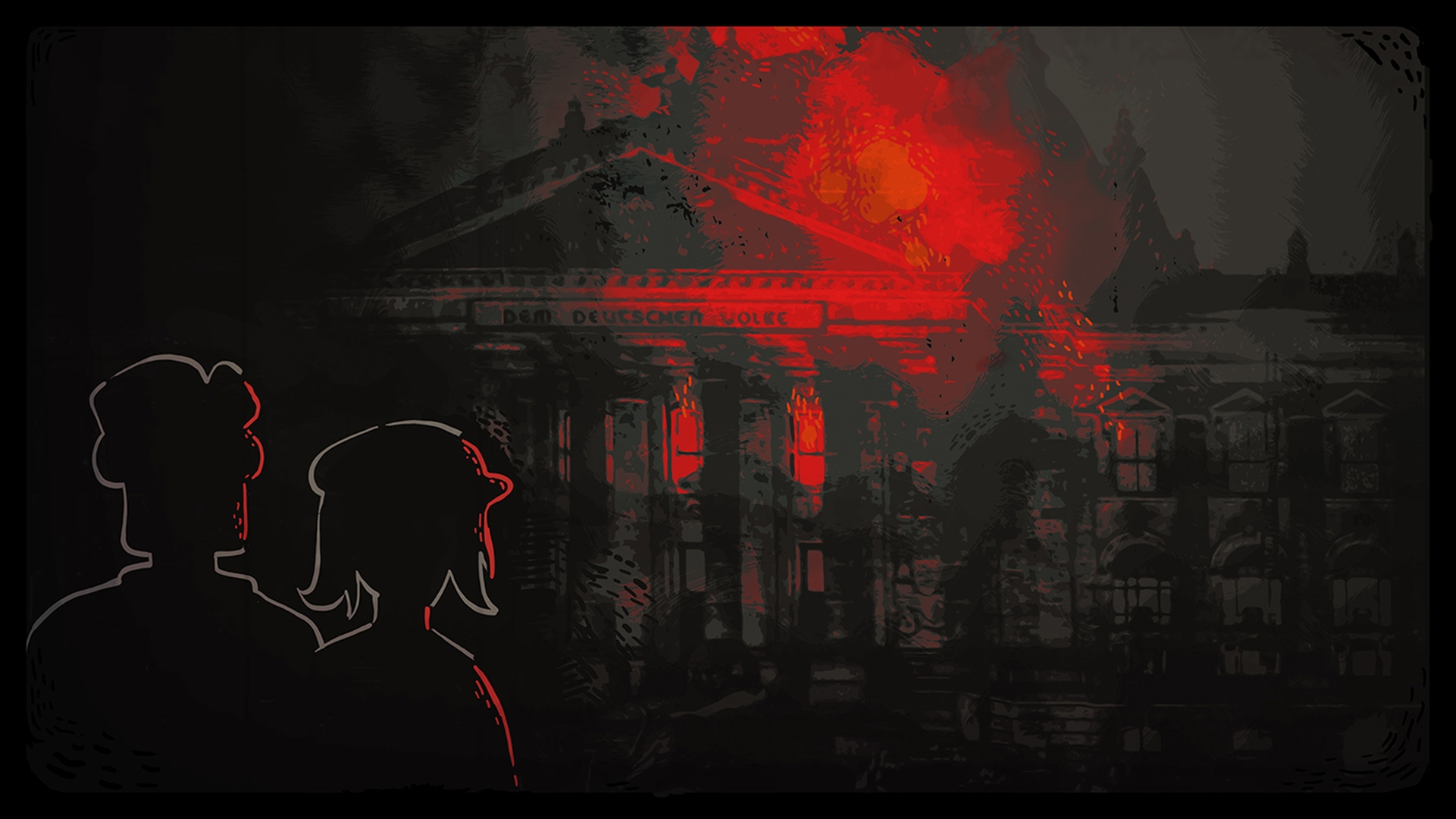 The art style is bold and uses limited color to amplify things like paint colors so the drab world that Hitler’s Germany created has more contrast. Characters are leveled up on three attributes — empathy, secrecy and propaganda and some will excel at certain elements. Having a specialist for a propoganda mission means it will be easier to win – but if you lose and lose that party member, you will be in a bind. Conversely, having a mission that requires great oration to bring people over to your side without having someone who is great at propaganda will be a struggle. Having such unique character traits helps the game stand out — and will make progression a bit trickier than other strategy games because you have to change your mindset a bit. It isn’t just about winning by force — but with a lot of cunning as well.

The PC market has plenty of strategy games — but few games aim for recreating major parts of history. In this case, you get a fascinating what if scenario to play through with a wide variety of possible outcomes. Through the Darkest of Times is available for pre-order now on PC via Steam and has no other platforms planned for release. We’ll keep an eye on it until its release, as it has a fascinating concept and stands out from anything on the market.